EXCLUSIVE: Khloé Kardashian and serial cheater Tristan Thompson look VERY cosy as he wraps his arm around her… after spending time together at Kylie Jenner’s luxury birthday trip to Turks and Caicos

They’re rumored to be back on romantically and even considering buying a house together.

Khloé Kardashian – who was seen sporting a brand new bob hairstyle – and Tristan Thompson, certainly appeared to be acting like a couple as they were pictured enjoying a public display of affection on Thursday.

The 29-year-old Canadian NBA star was seen putting his hands on Khloé, 36, as they returned from Kylie Jenner’s 23rd birthday in Turks and Caicos, via Kylie’s private jet. 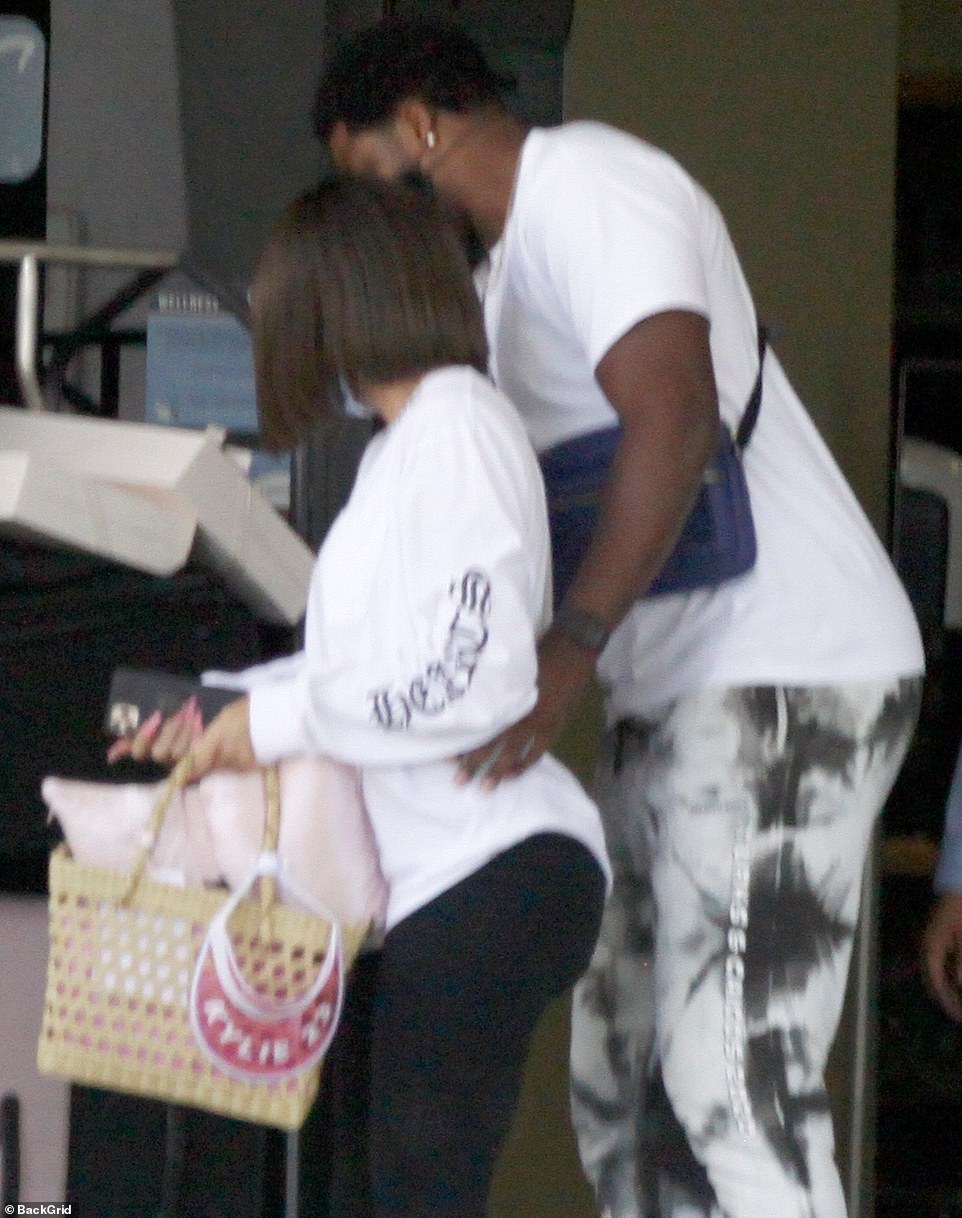 Closer than ever: Tristan Thompson is pictured putting his hands around Khloé Kardashian as they arrive back from Mexico on Thursday where they celebrated Kylie Jenner’s 23rd birthday

Khloé shares two-year-old daughter True with on-off boyfriend Tristan, who touched her waist in an affectionate manner, as he helped get her bags together from the trip.

Showing off her famous curves, the reality star was dressed down in casual athletic wear having just stepped off her sister’s private jet.

Clearly very comfortable around one another, Tristan appeared to be close by at all times making sure that Khloé had everything she needed while gathering her things. 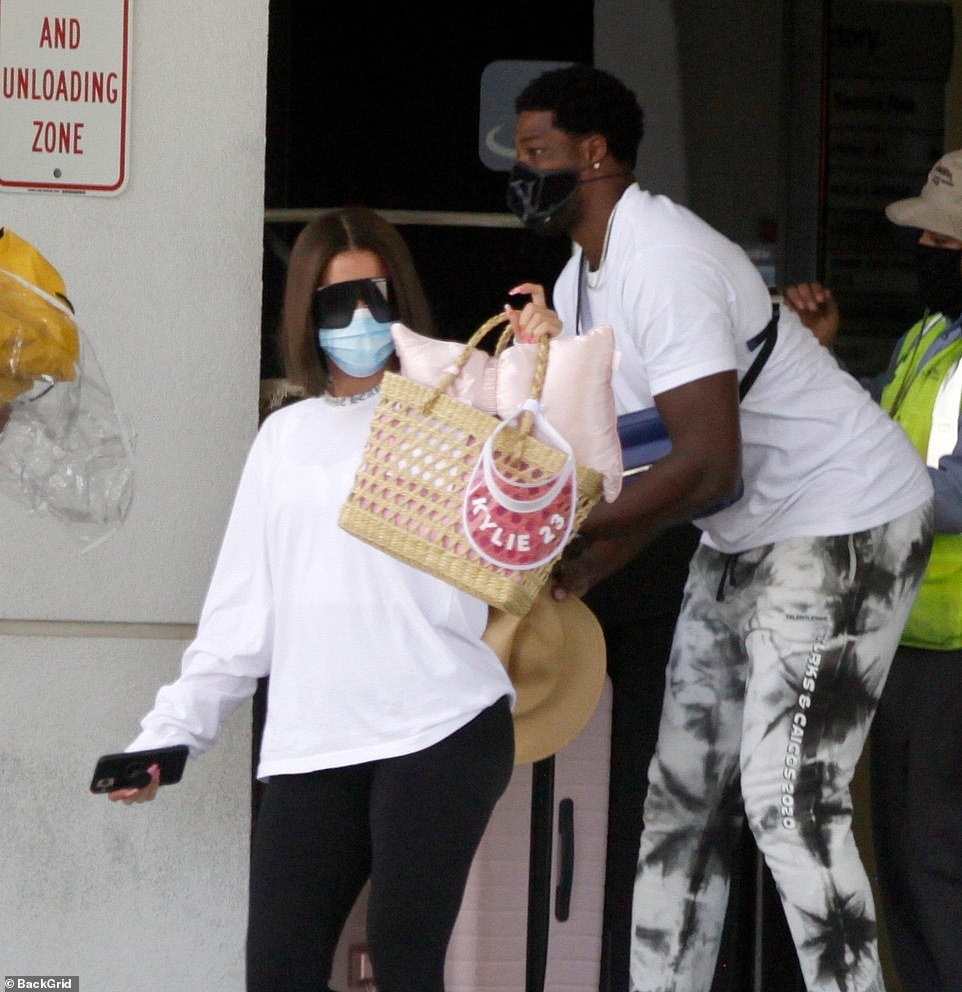 Keeping close: Tristan was seen helping the reality star with her things after touching her waist

Fresh hairstyle, new start? Khloé showed off her brand new bob after she was carefully helped by on/off boyfriend Tristan Thompson at the airport on Thursday 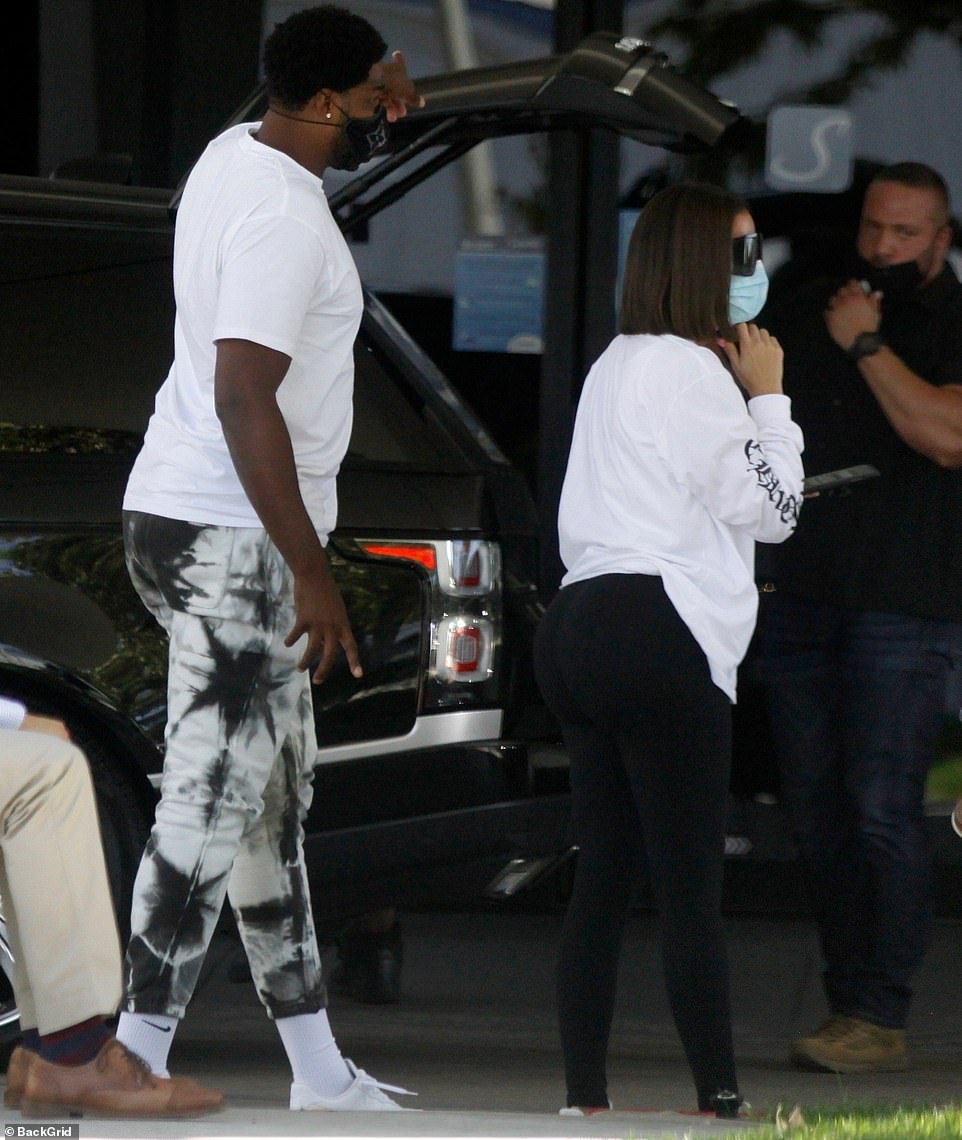 In it together: The pair appeared to be matching with their white tops as they made sure they had all their luggage 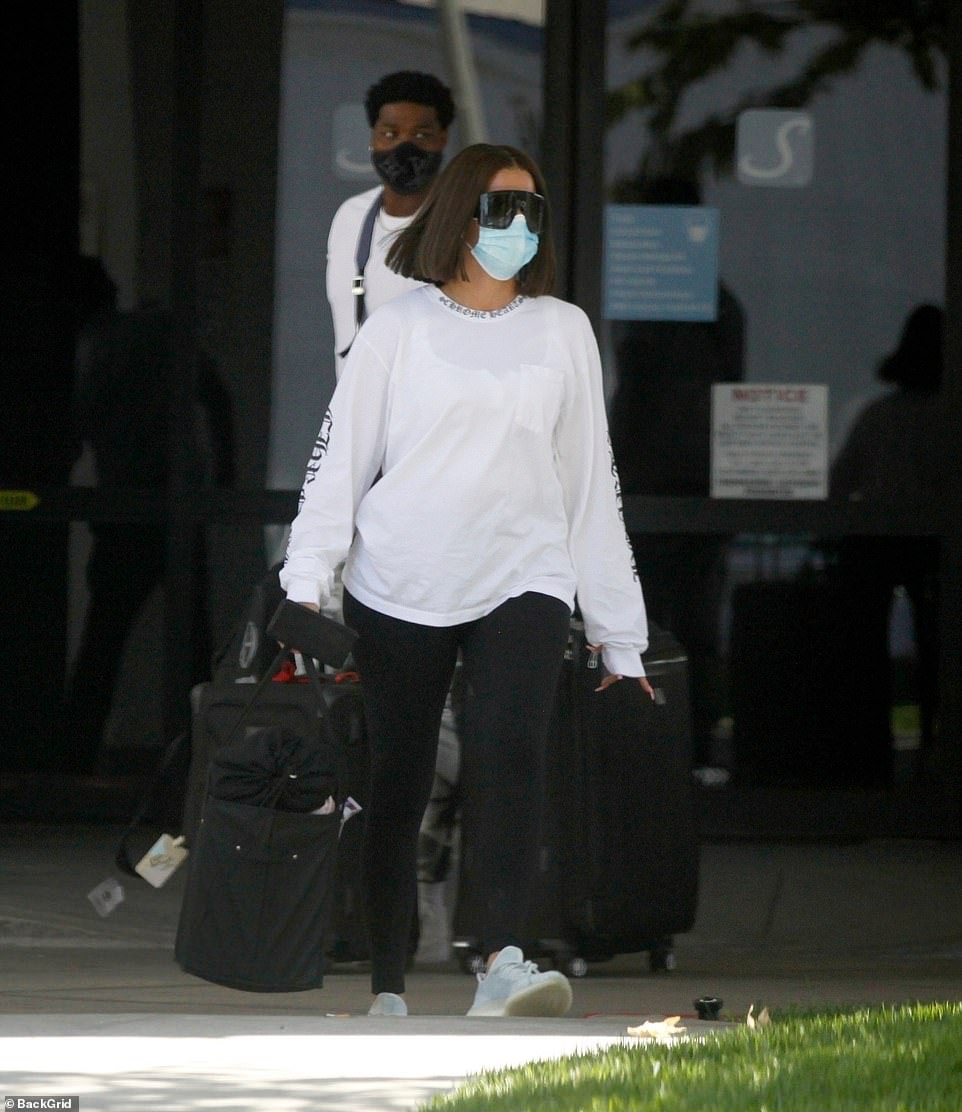 Right behind her: The KUWTK star was flanked by Tristan at all times as they made their way out of the terminal

The pair have had one of the rockiest relationships known to the Kardashians, which is saying something.

Things between the couple shattered two years ago when Tristan was involved in a cheating scandal just as Khloé was going into labor with True. 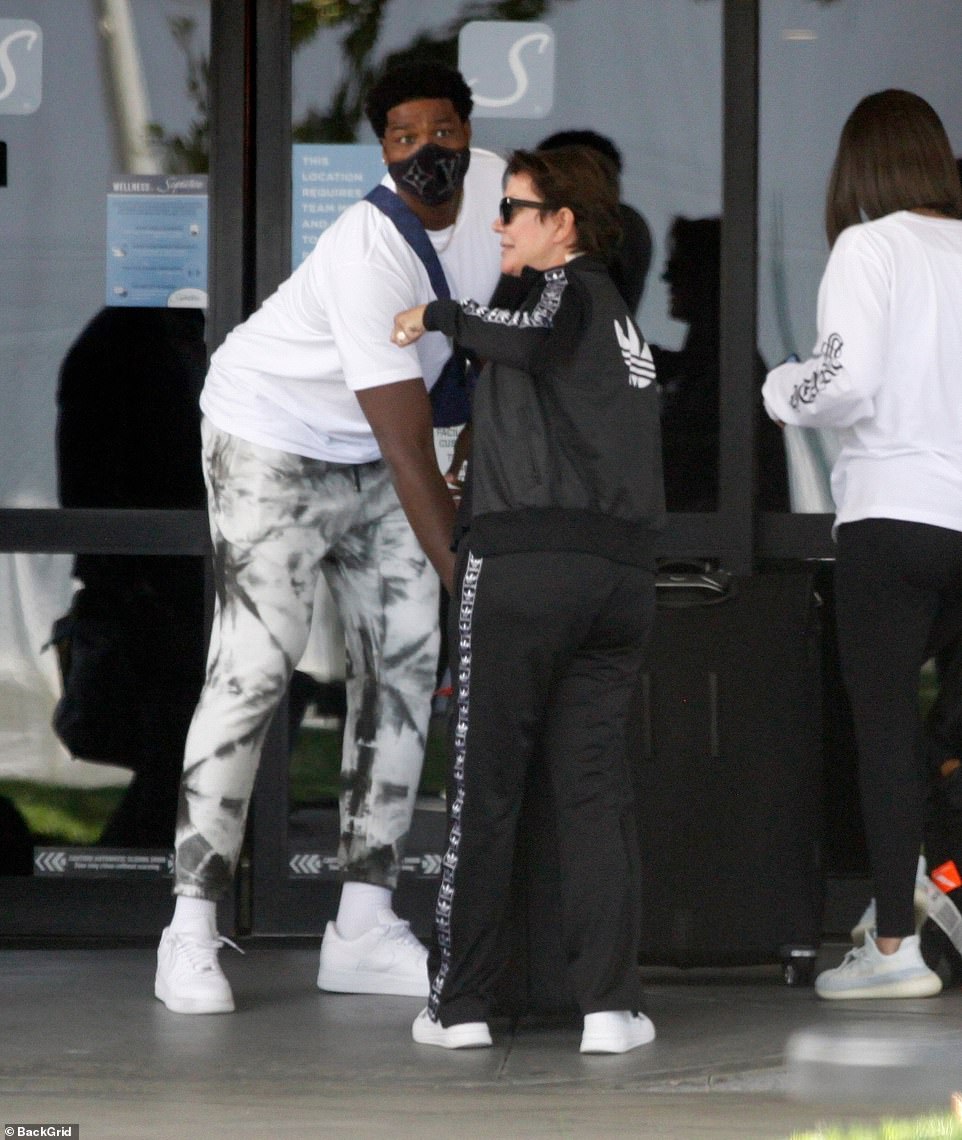 Anything you say, Kris! Tristan also appeared to be eager to please Kardashian matriarch Kris Jenner as he helped with luggage

Stretching it out: After getting off the flight, the exercise-loving star was keen to stretch out 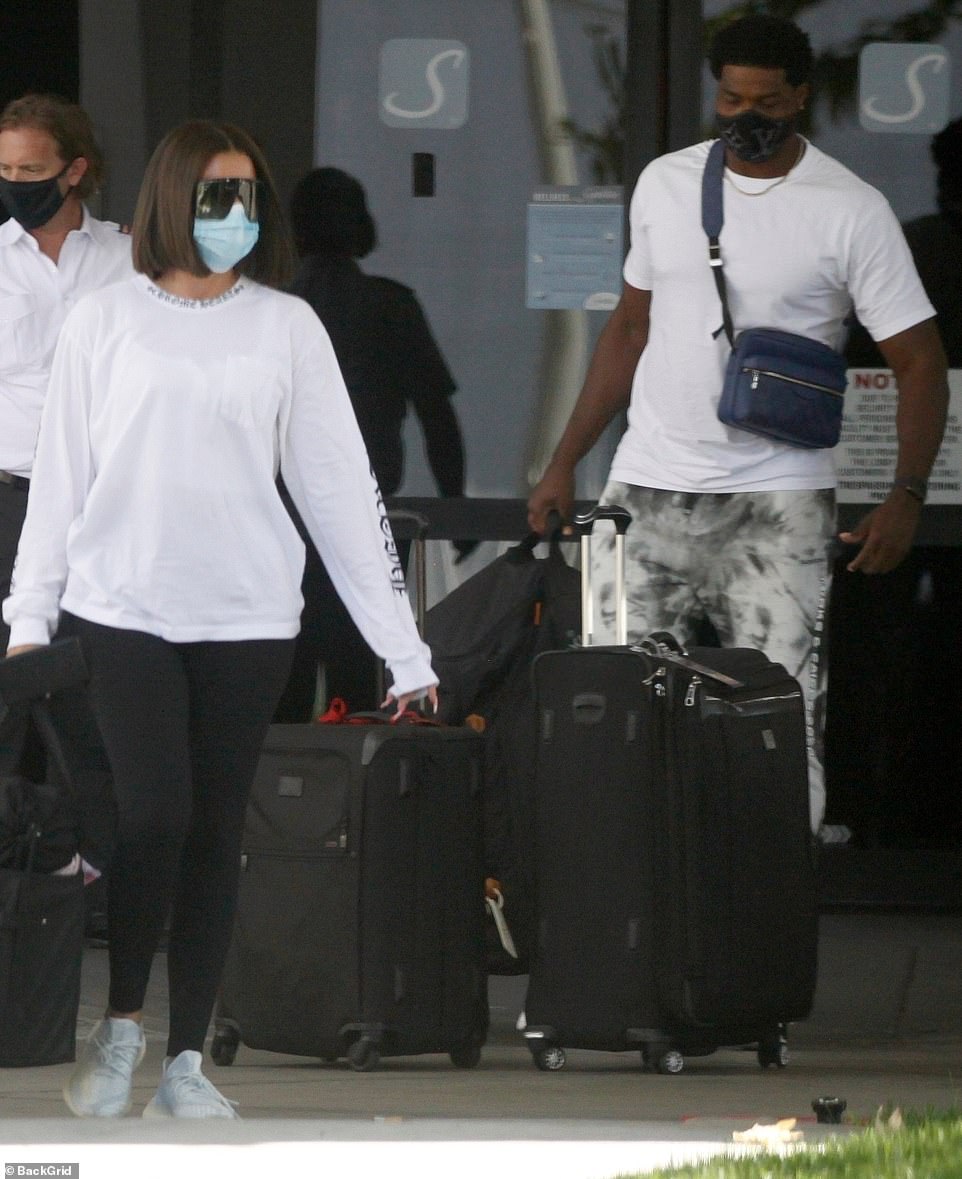 His and hers: The pair strolled alongside each other with matching black luggage

Curves ahead: Khloé revealed her toned derrière in sweatpants 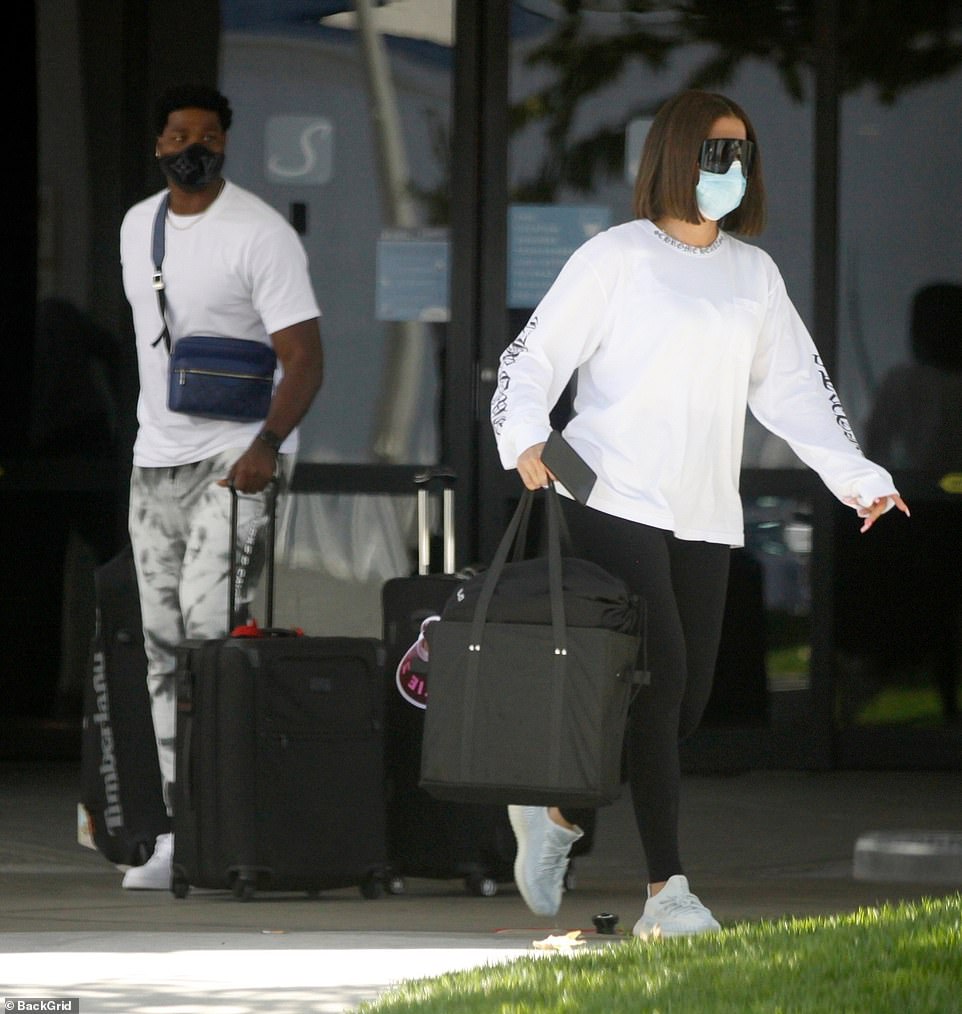 They make a great team: Amid rumors they’re back on, the on/off couple certainly appeared to be in sync with one another 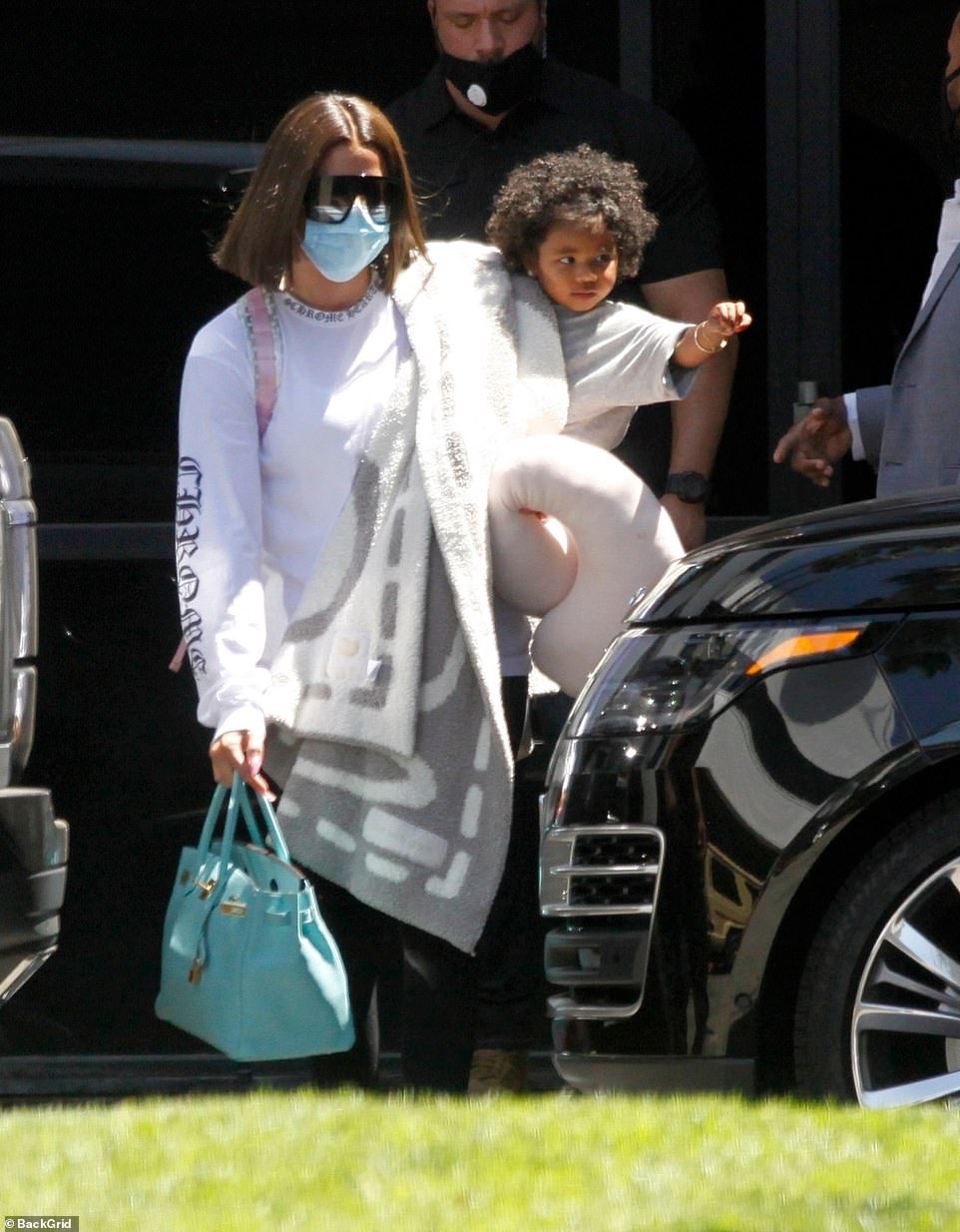 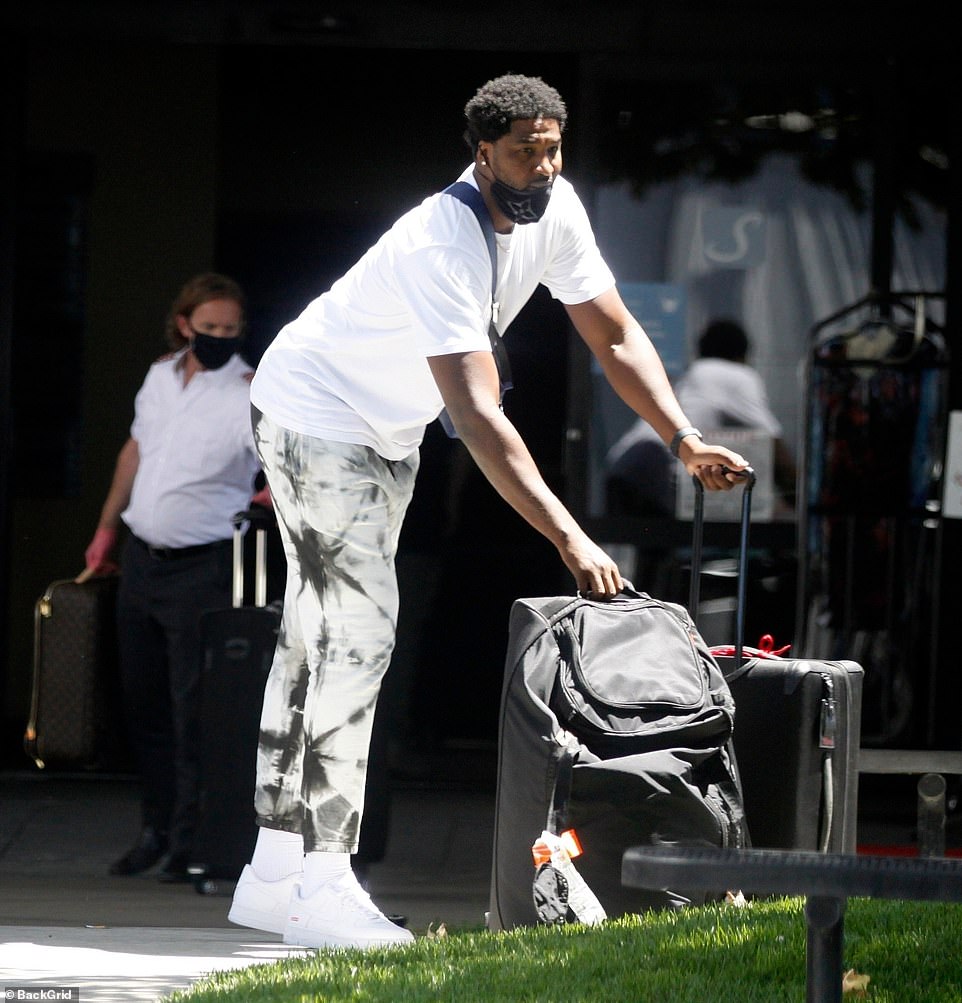 He’s the man: The NBA player appeared to be doing all the heavy lifting 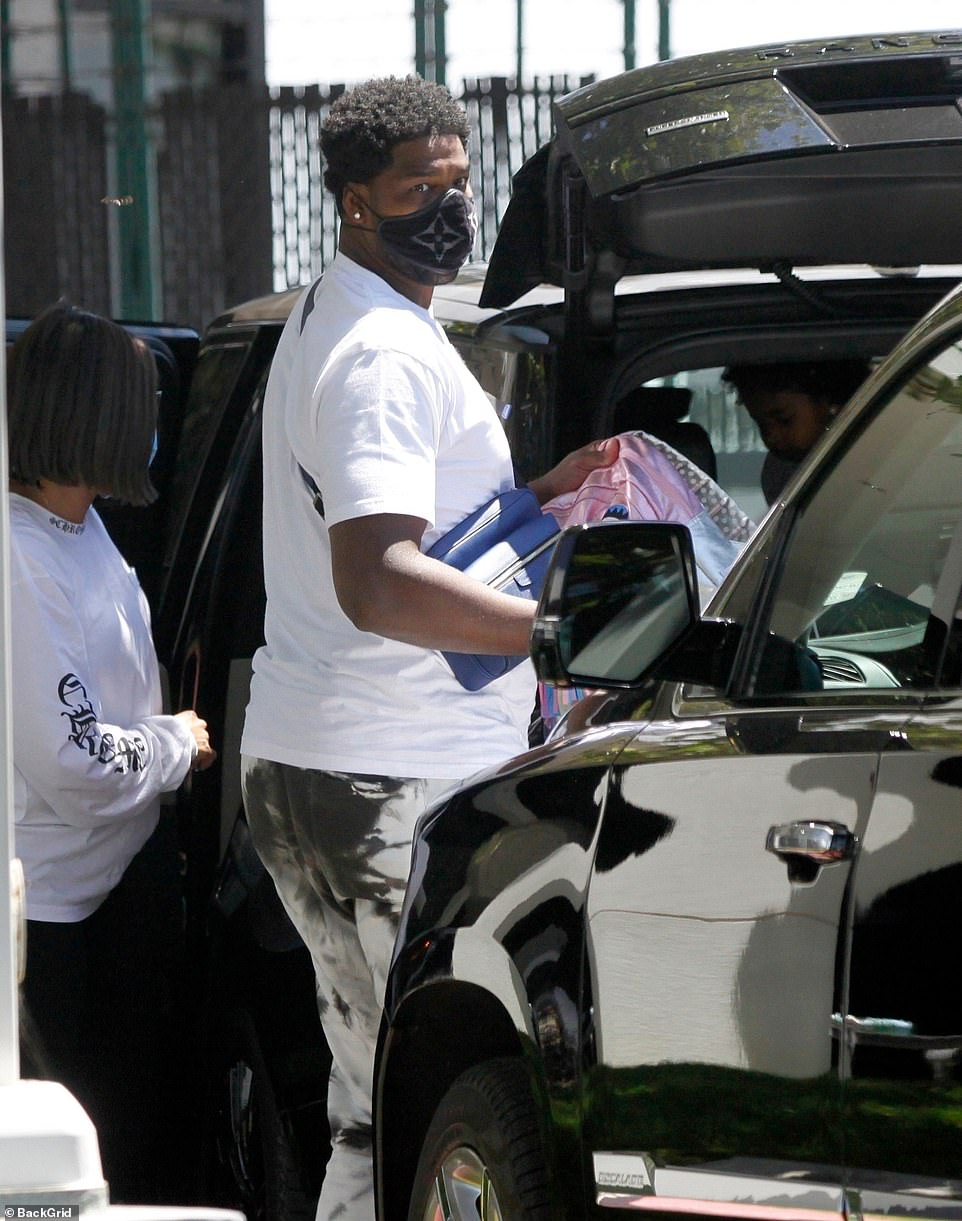 Keeping close: Tristan and in his on/off girlfriend got out of the same vehicle

However, fast-forward to now and the pair are said to be back together, with a source telling PEOPLE Magazine in June: She loves having him around. He has the best relationship with True.’

The source added: ‘And he has been amazing to Khloé too. They are very much together and Khloé is beyond happy.’

Earlier this week there were reports that the pair are now looking to buy a home together, while a source close to the star confirmed to DailyMail.com that she is looking to move. 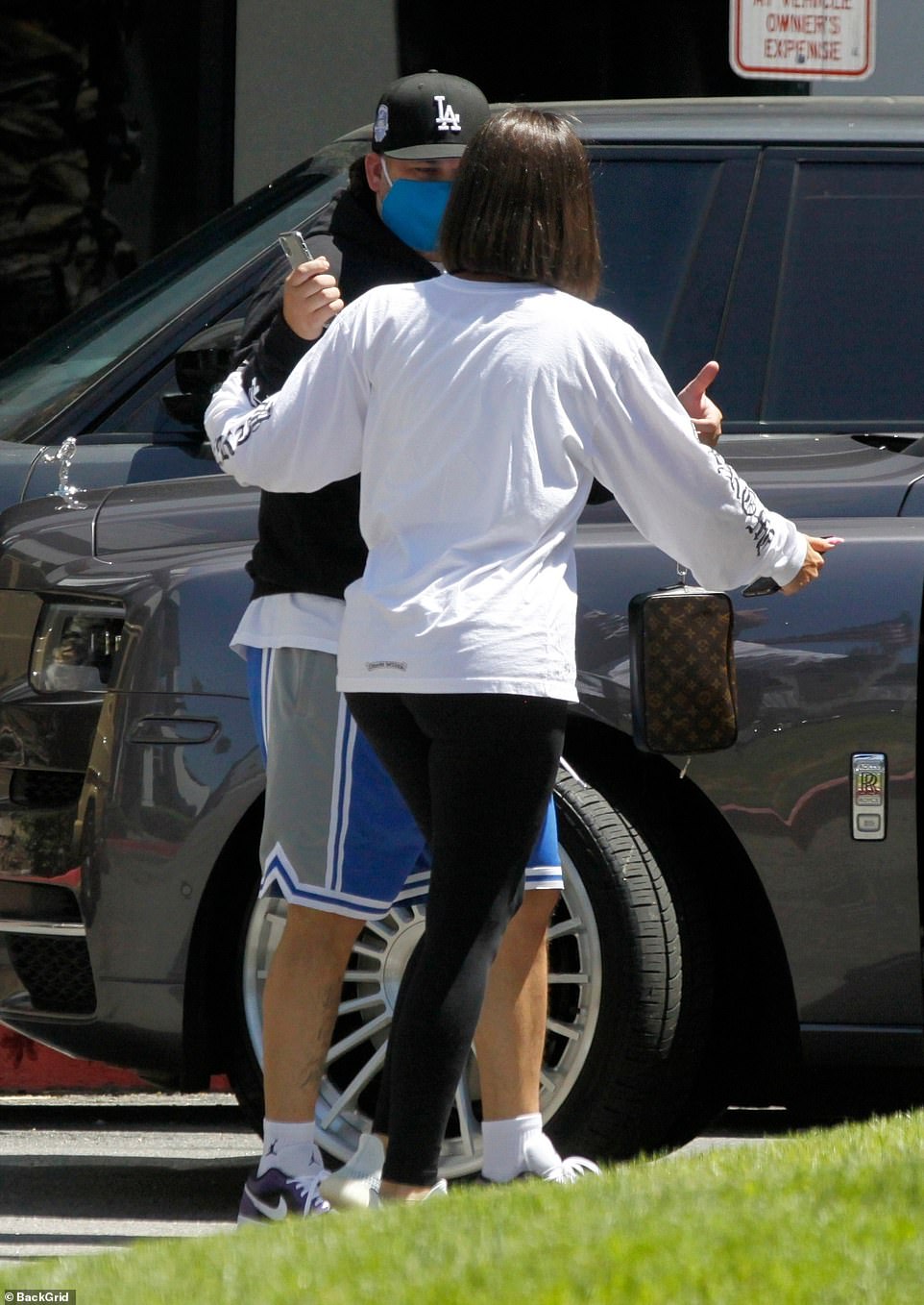 Family affair: Khloé was also seen with her brother Rob at the airport 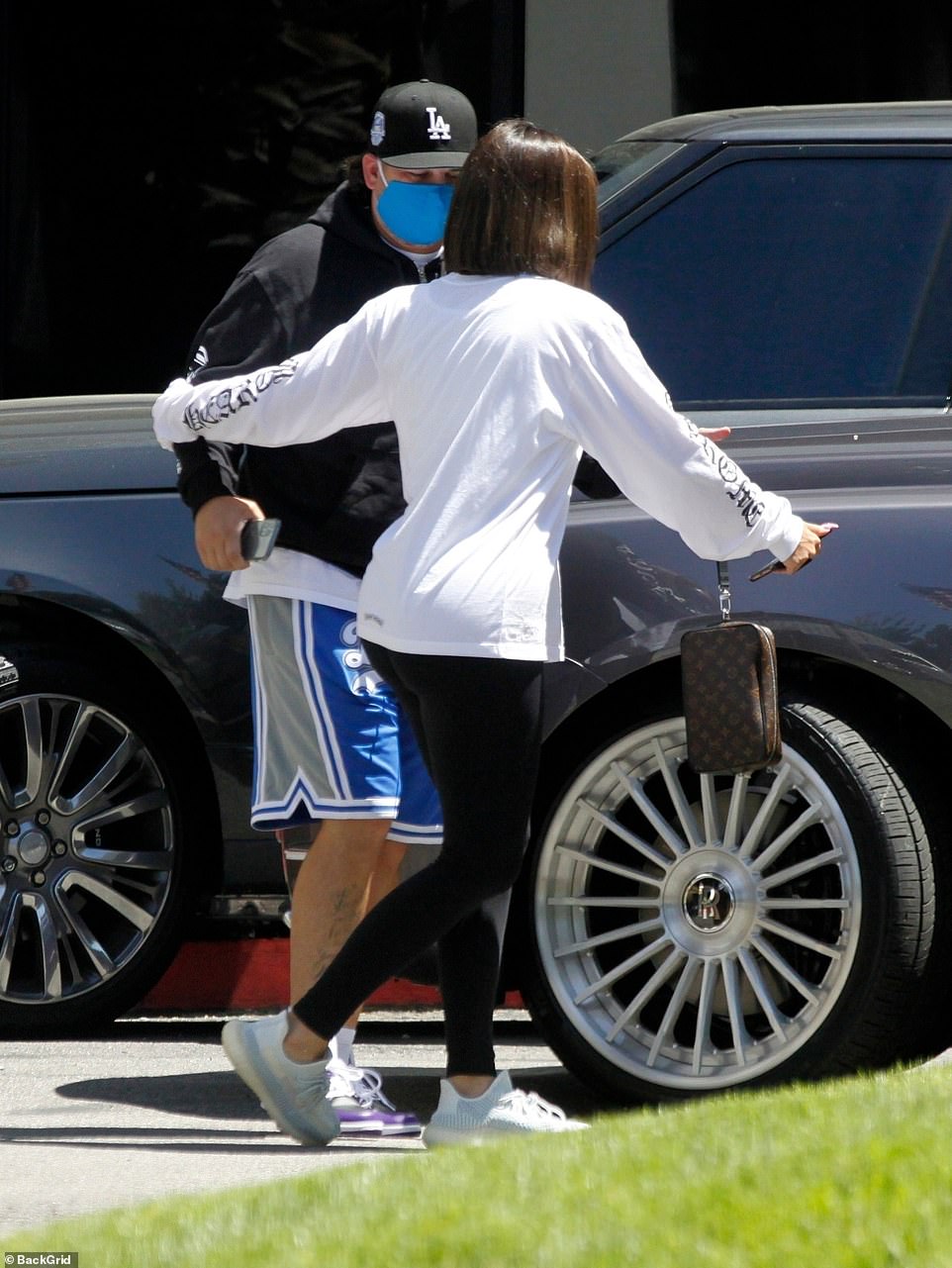 Walk this way: While Khloé was seen getting help from Tristan, it appeared she was guiding her brother Rob

Hats off to her: Momager Kris Jenner looked stylish in sweatpants and had appeared to do some holiday shopping 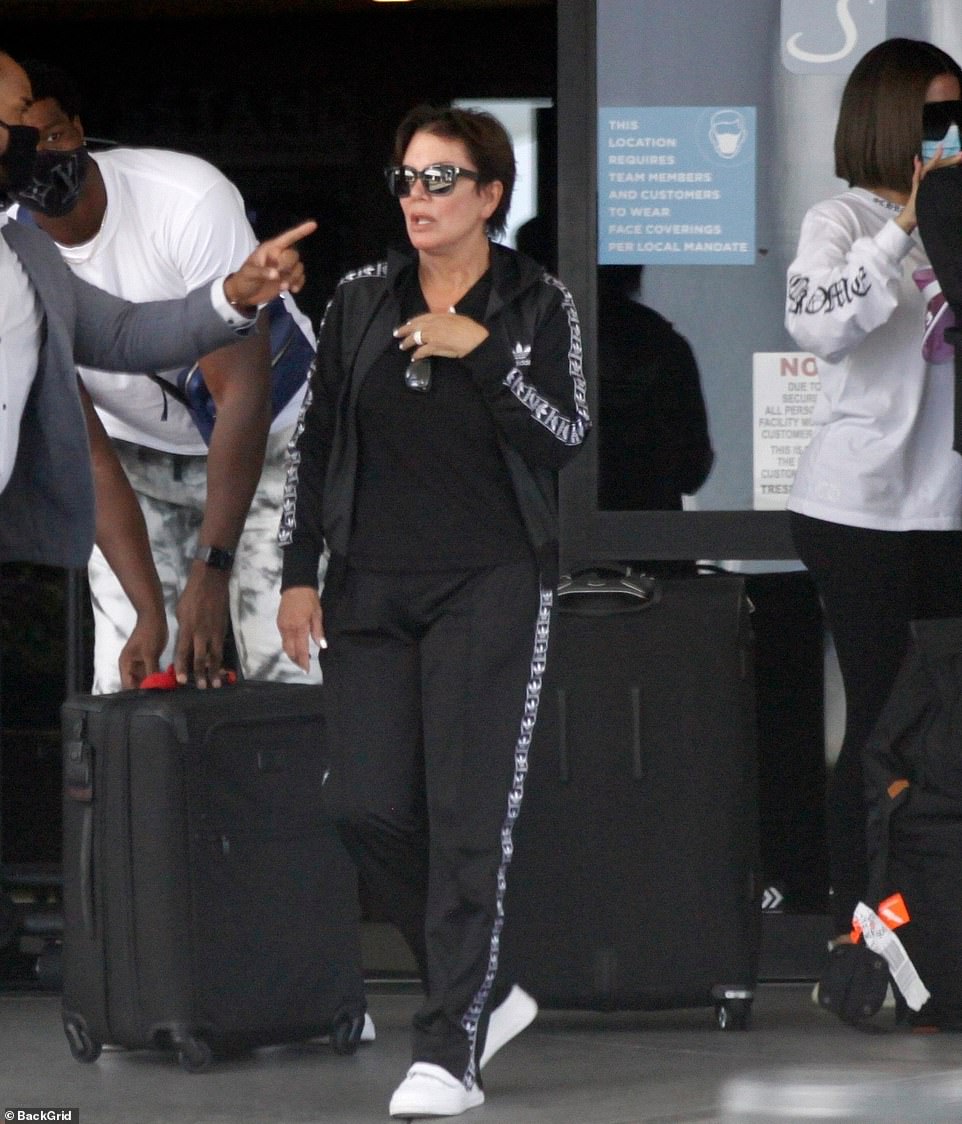 Running the show: Kris is known for running a tight ship when it comes to her famous kids

Lockdown looks: The whole family appeared to be in casual attire while traveling 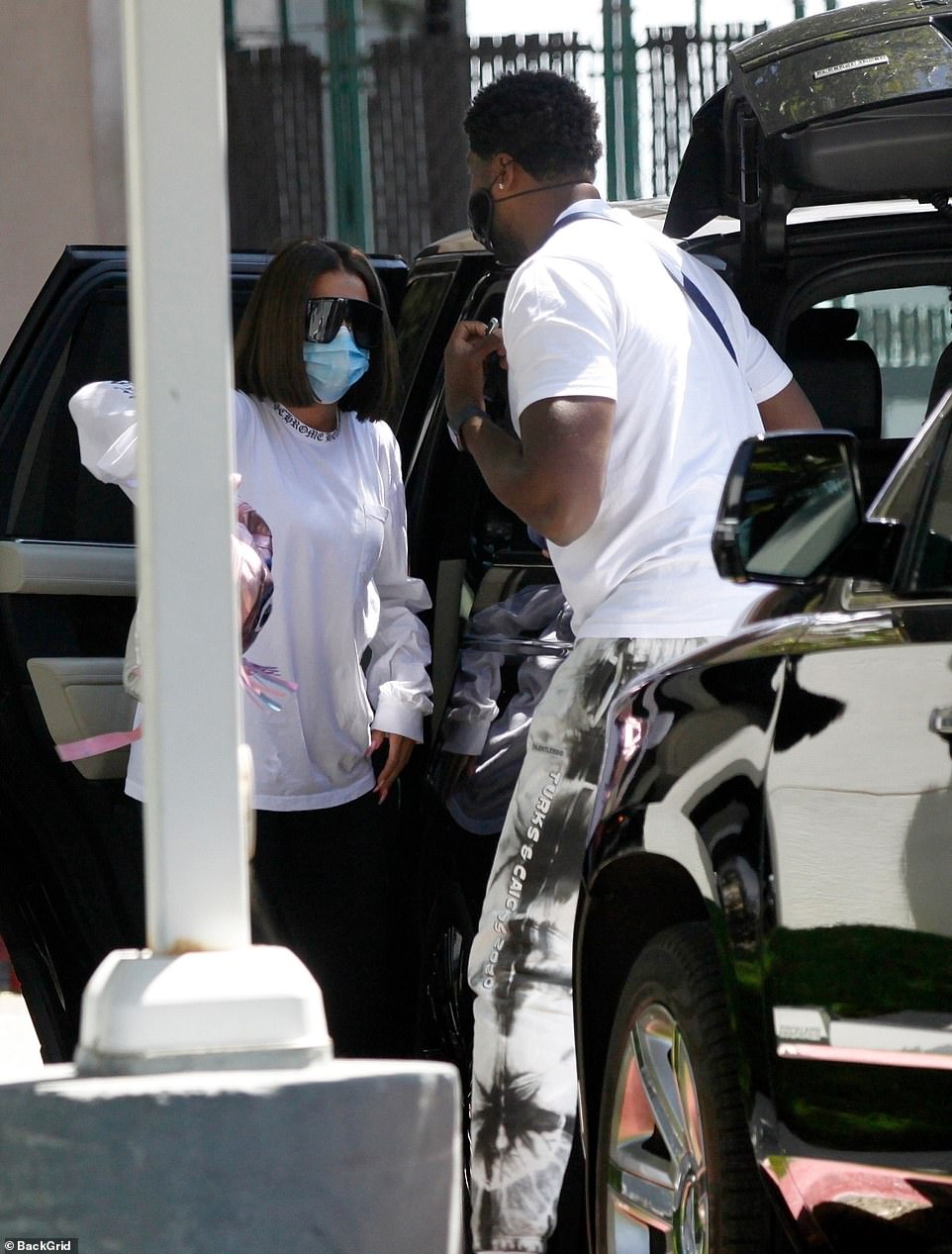 Team work makes the dream work: The parents appeared to be working together while getting themselves ready to go home 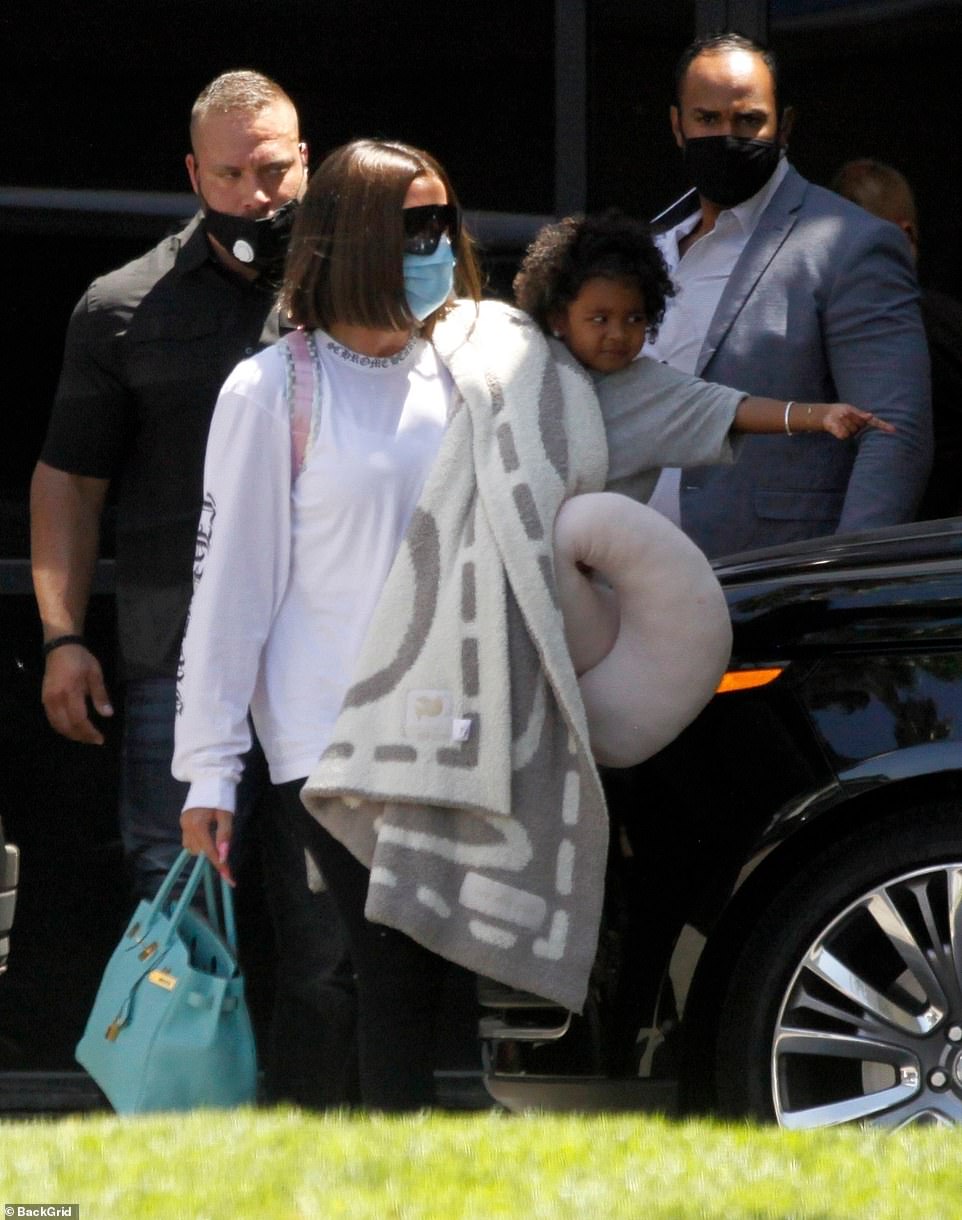 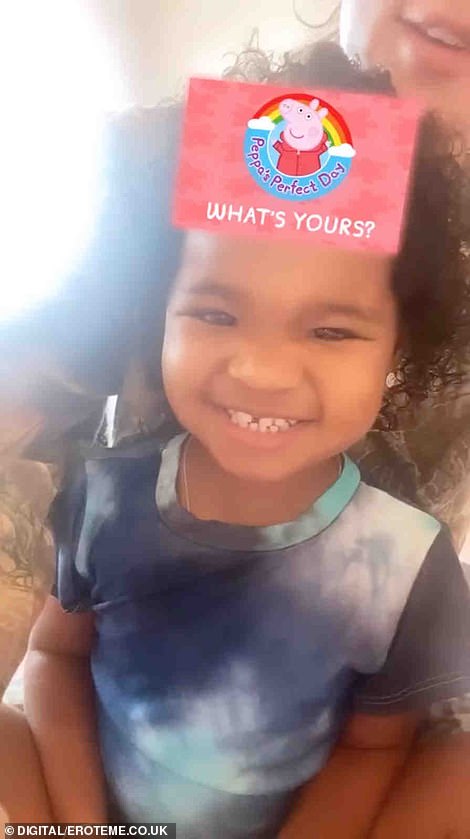 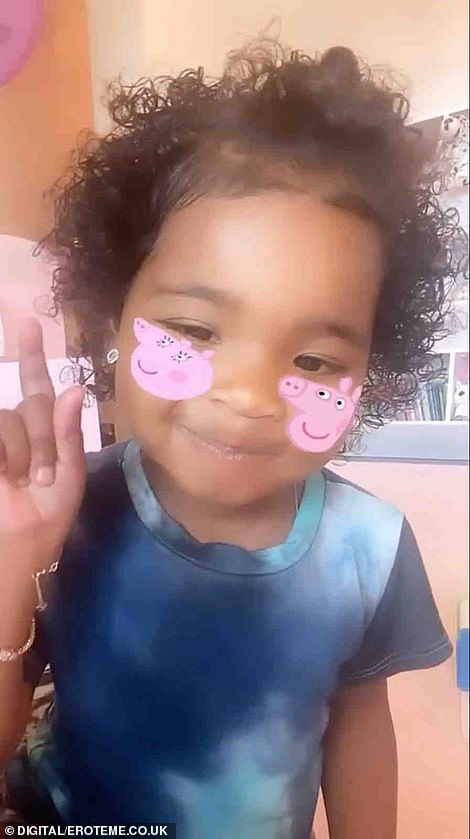 Adorable! On Thursday, Khloé shared this cute video of daughter True playing the Peppa Pig game on her Instagram Stories 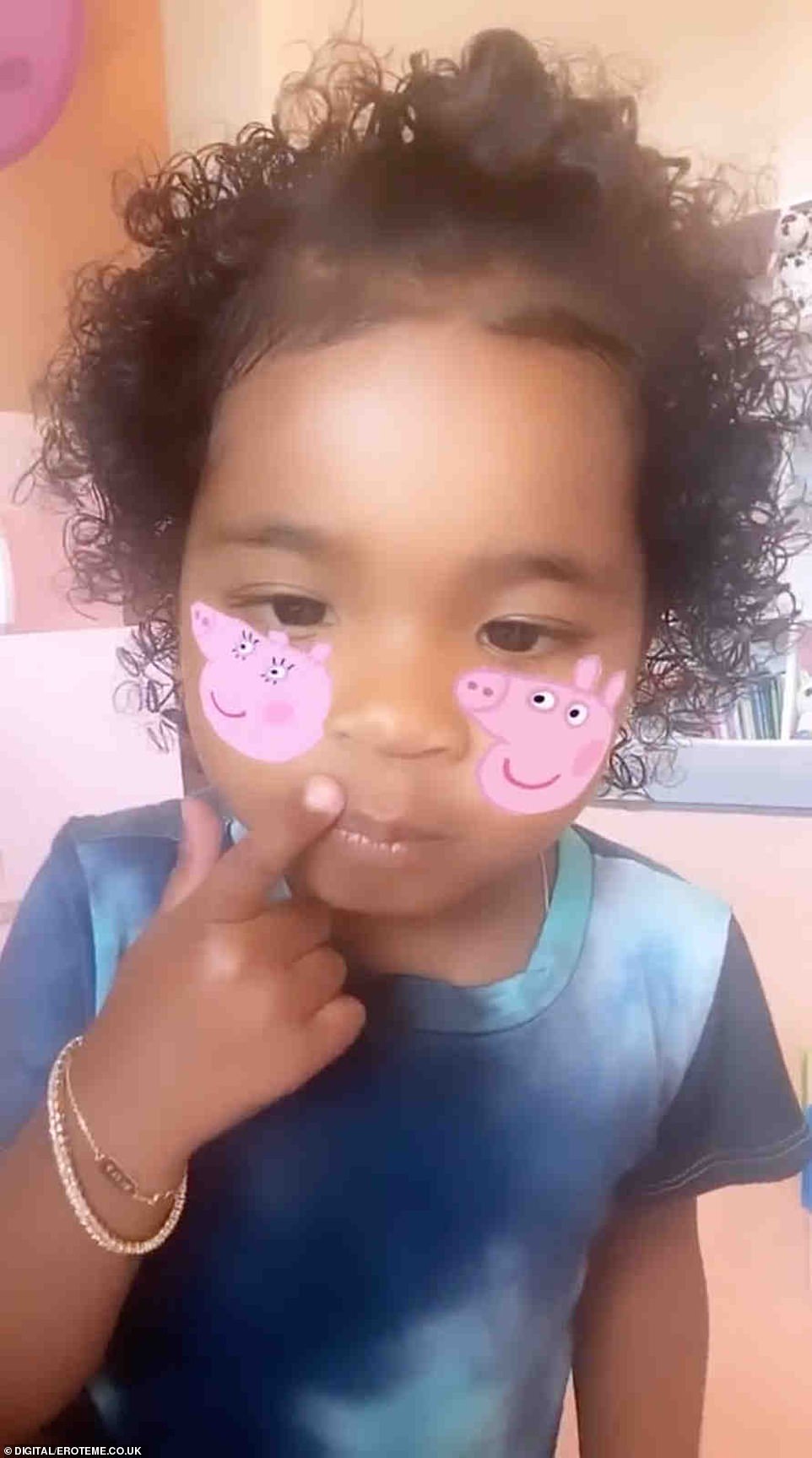 So cute: Khloé shared this video of True on Thursday to her fans on Instagram

Speculation that the pair are back together has been brewing for months, and last month it reached a fever pitch forcing the star to go online, seemingly to address the gossip.

‘I just came online and I’m even confused lol,’ the KUWTK star tweeted, appearing to address the building romance rumors.

‘Basically my daily thoughts about 2020. But for real… wtf lol people just be talking.’ 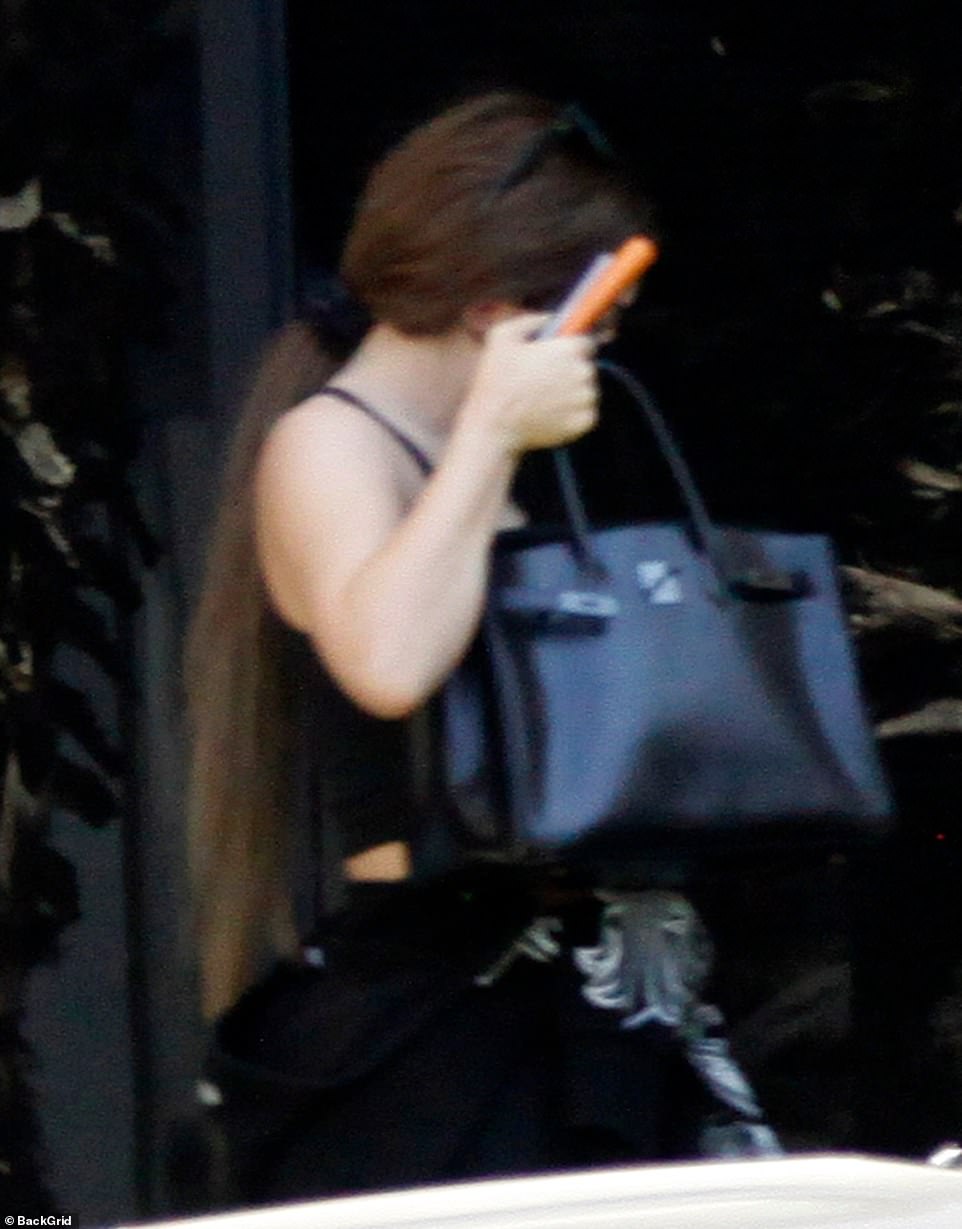 Don’t look at me: Birthday girl Kylie appeared to be in a shy mood as she covered her face 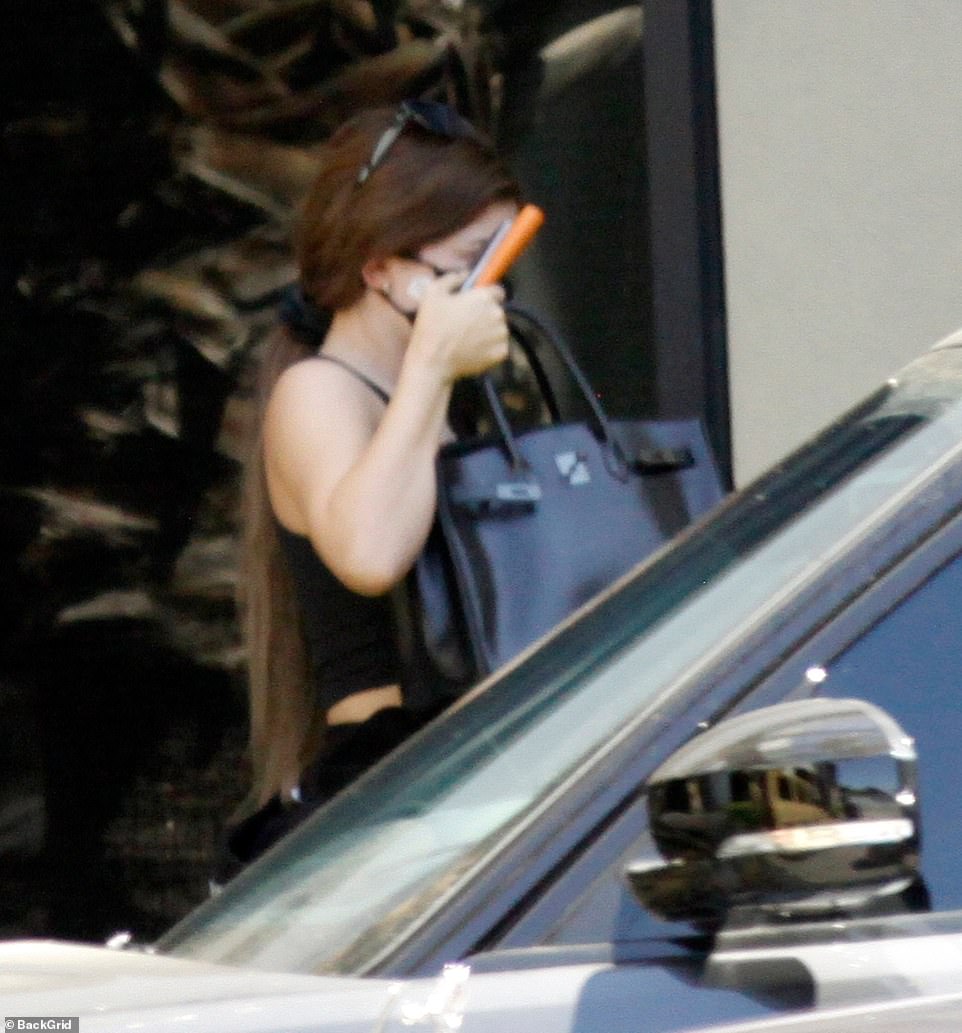 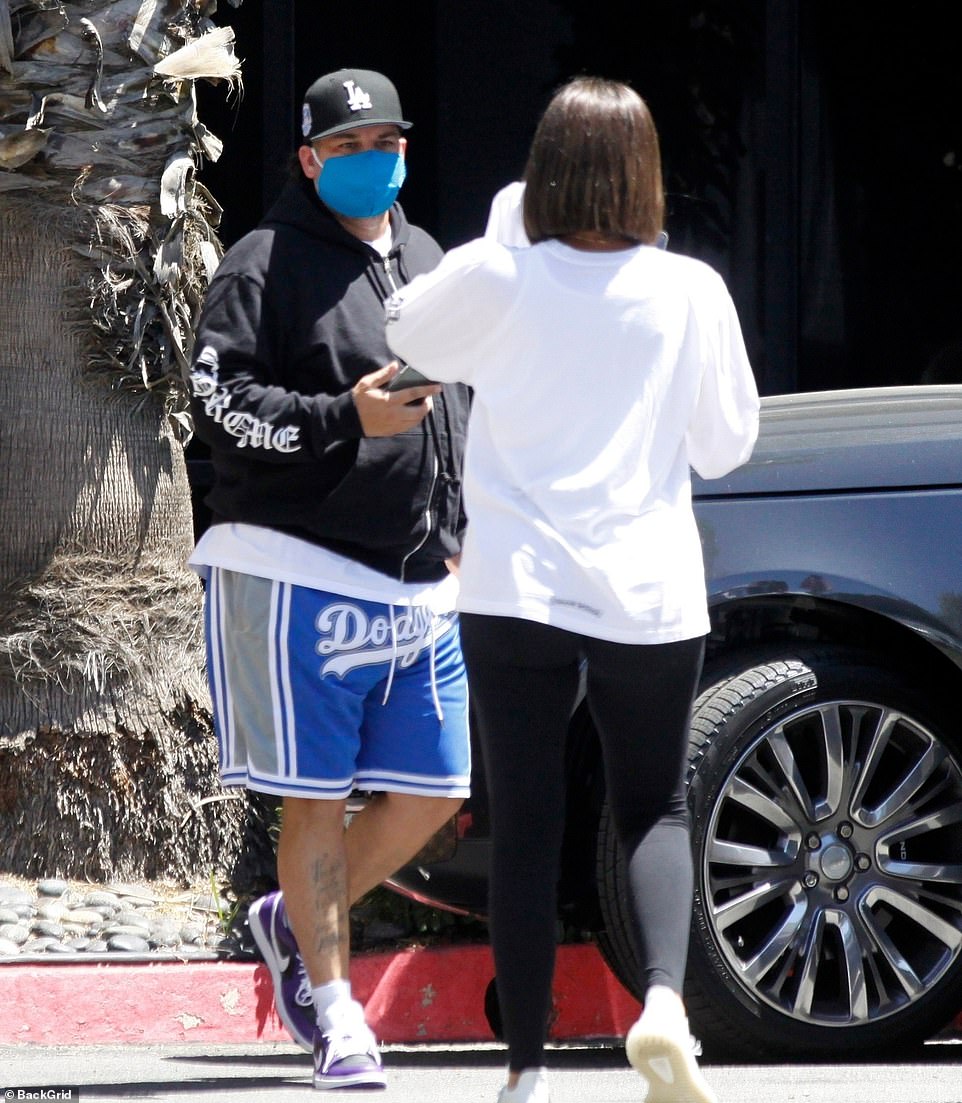 BroSis: Rob and Khloé enjoy a pow wow together

What IS going on with you two? The reality star has remained silent on whether they’re back together 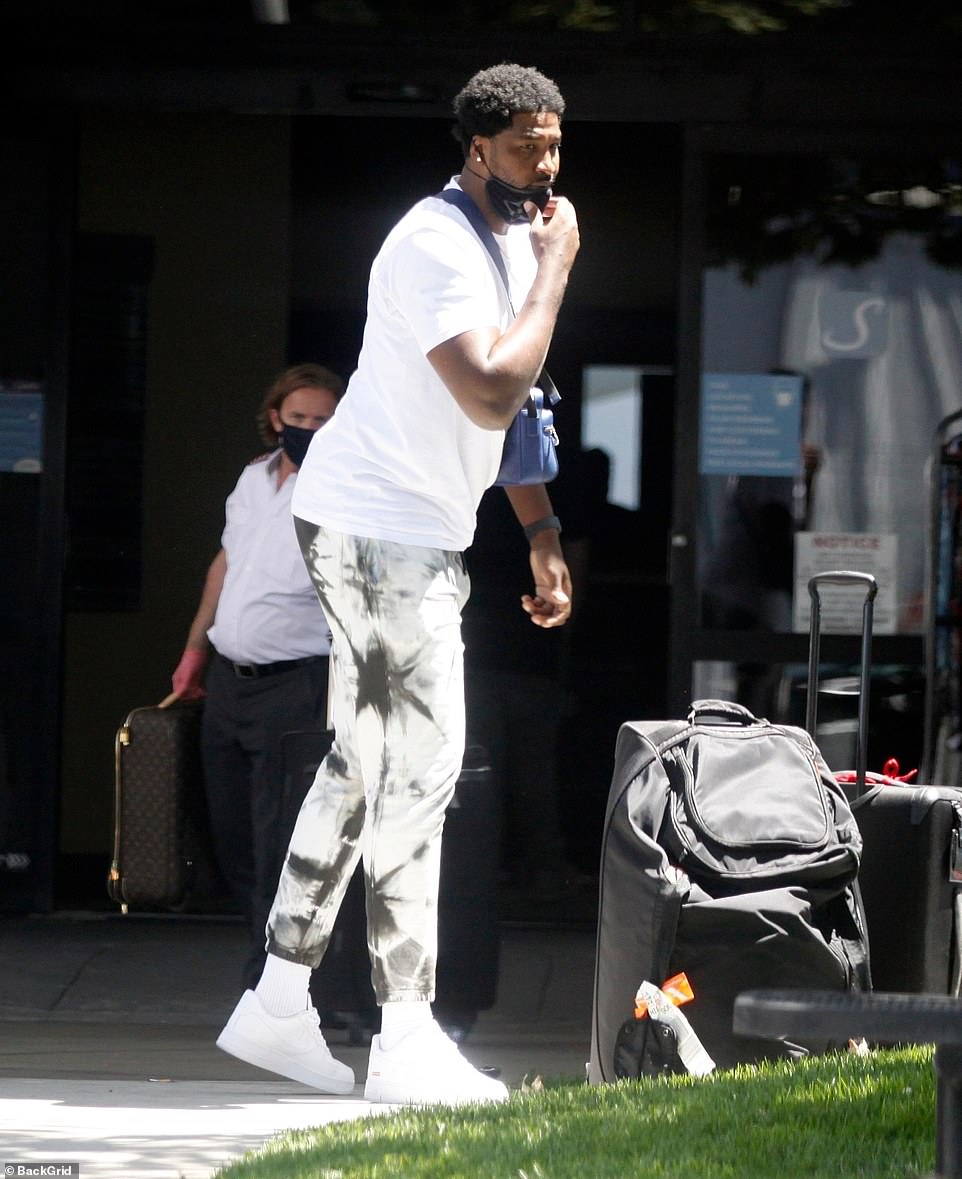 Back in the fold? Tristan certainly appeared to be having a good time with the whole family after sharing an Instagram of himself and Khloé’s brother Rob

Taking it one day at a time? Khloé has not addressed rumors she is back with Tristan, despite them vacationing together

The trip goes against the current ban in California on non-essential travel, which is set in place to aid cutting down the risk of catching and spreading coronavirus amid the global pandemic.

California’s guidelines for travel currently reads: ‘You can travel for urgent matters or if such travel is essential to your permitted work,’ adding: ‘Even though businesses around the state are opening up, avoid traveling long distances for vacations or pleasure as much as possible. This is to slow the spread of the coronavirus.’

However, rules and regulations appeared did not appear to be a concern for Kylie Jenner and her birthday crew, as they took in the sights from their vacation. 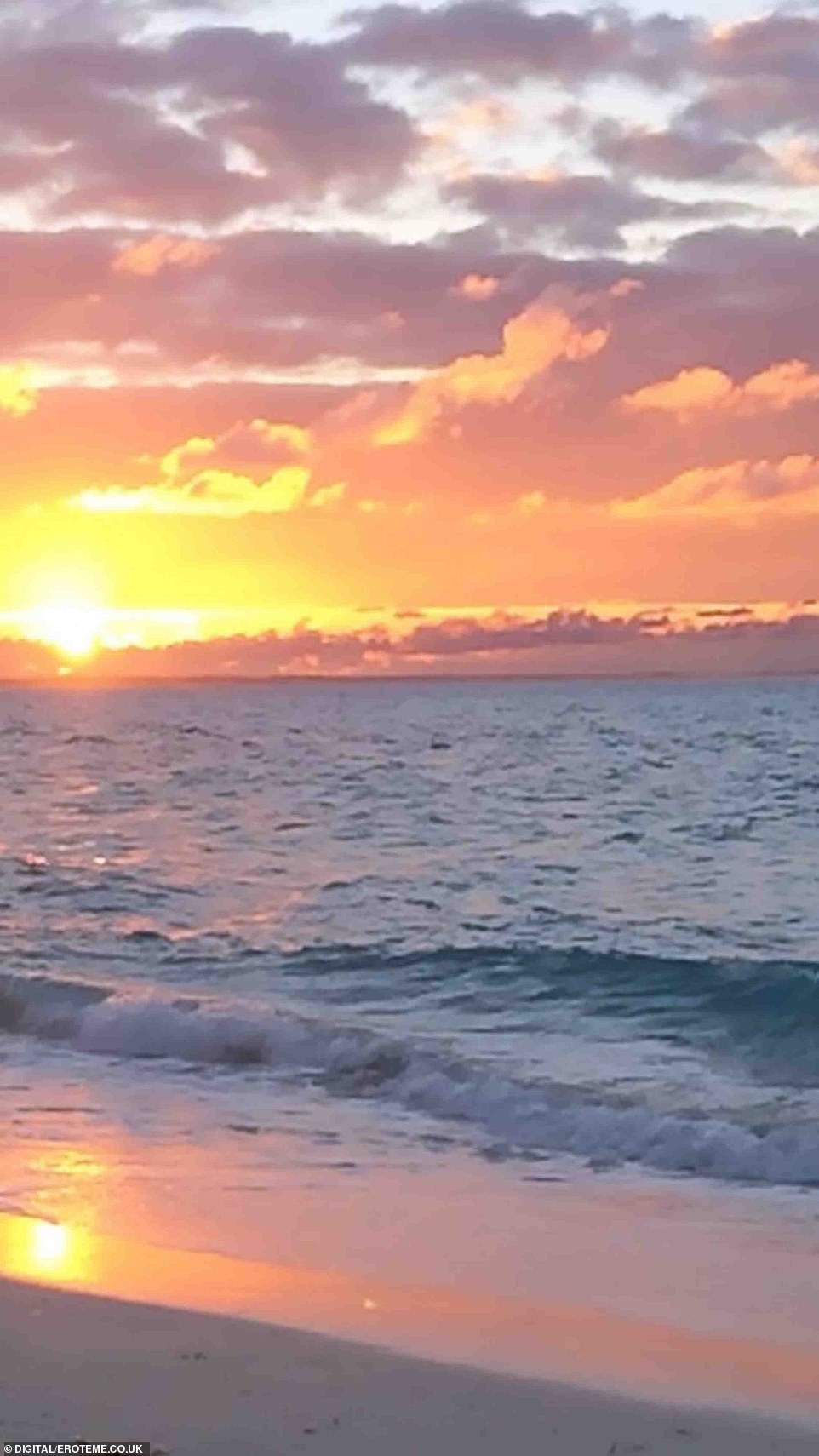 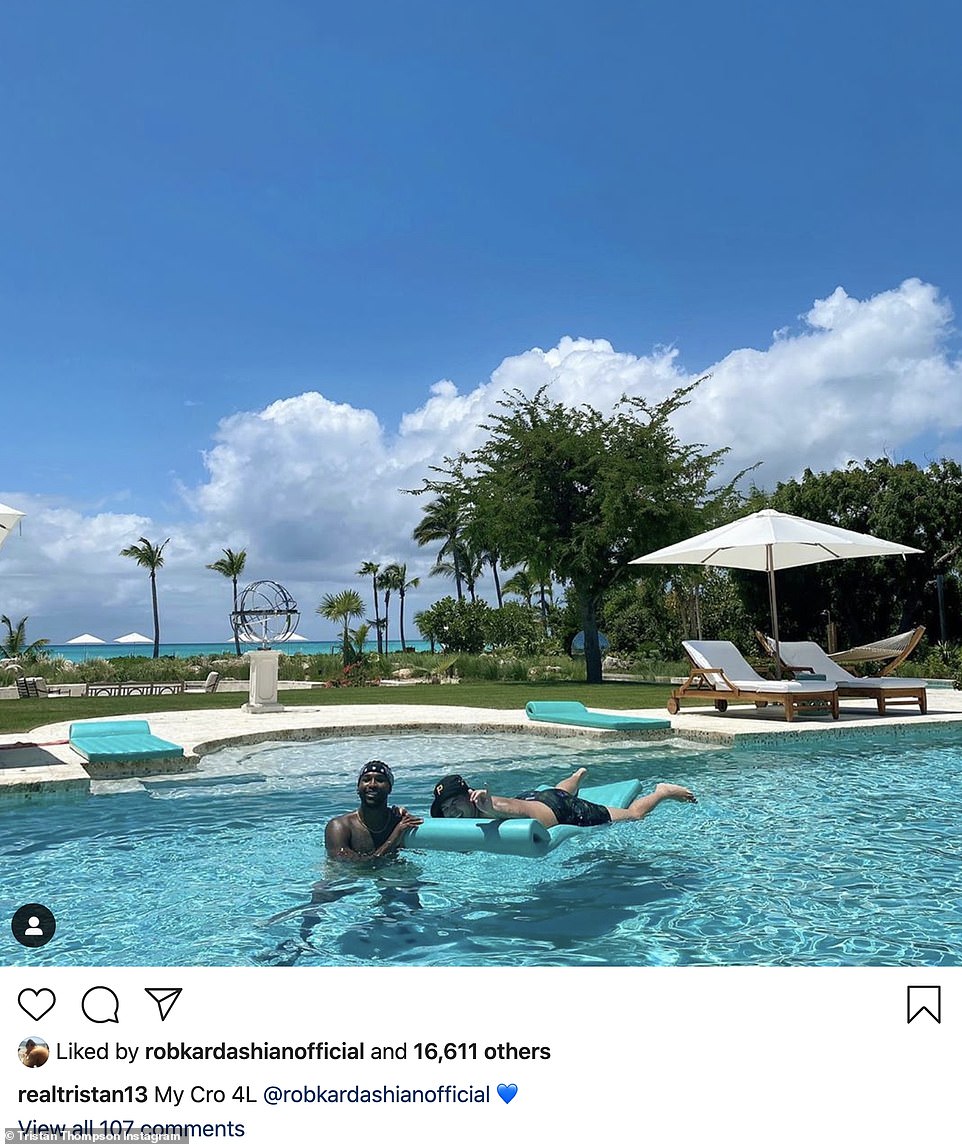 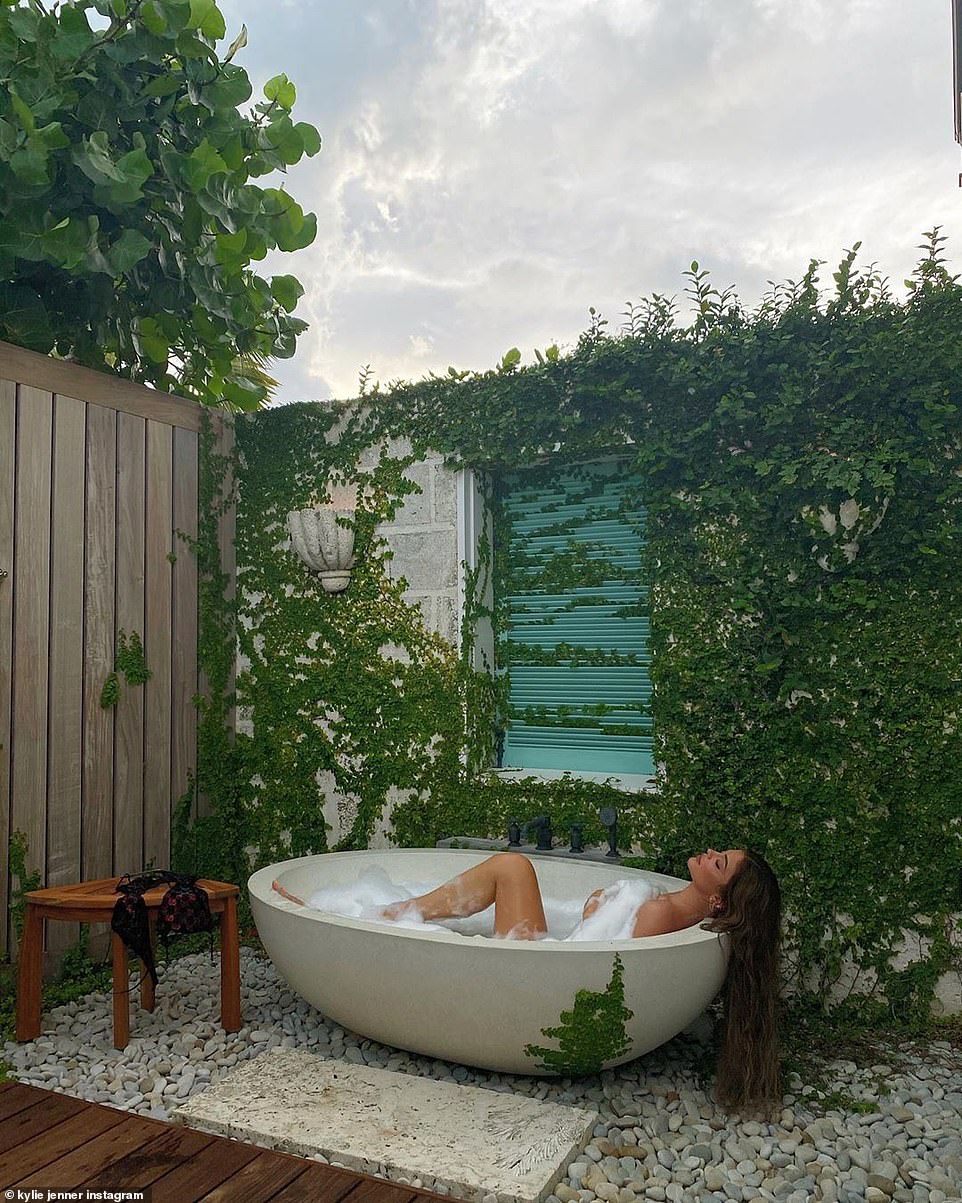 In a state of heady bliss: Kylie Jenner strips off for a bubble bath outside as she breaks non-essential travel ban for luxury birthday trip to Turks and Caicos on Thursday 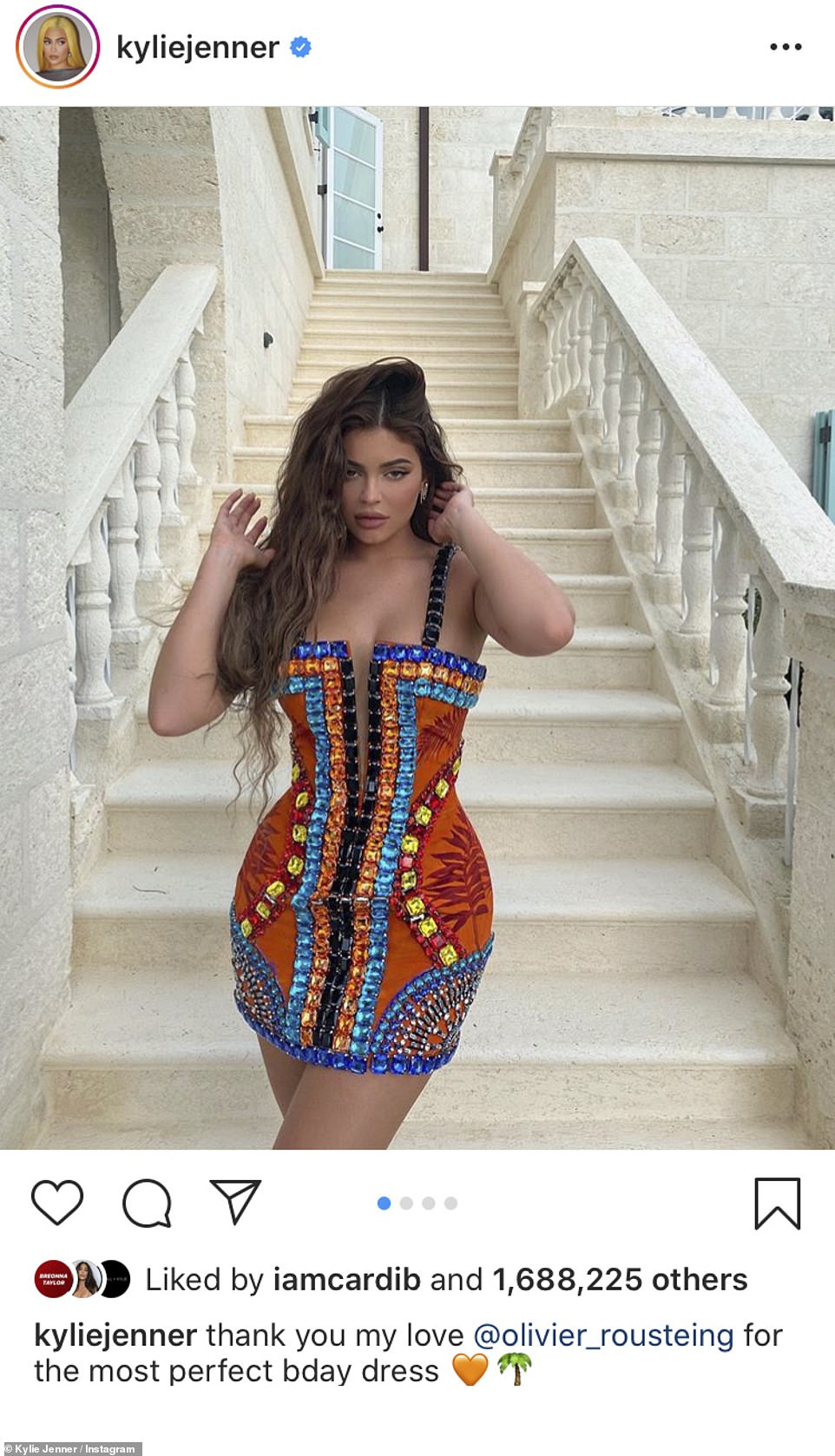 Getaway: The reality TV star posed on a white stone staircase outside of the tropical vacation home she is renting after jet setting out of LA 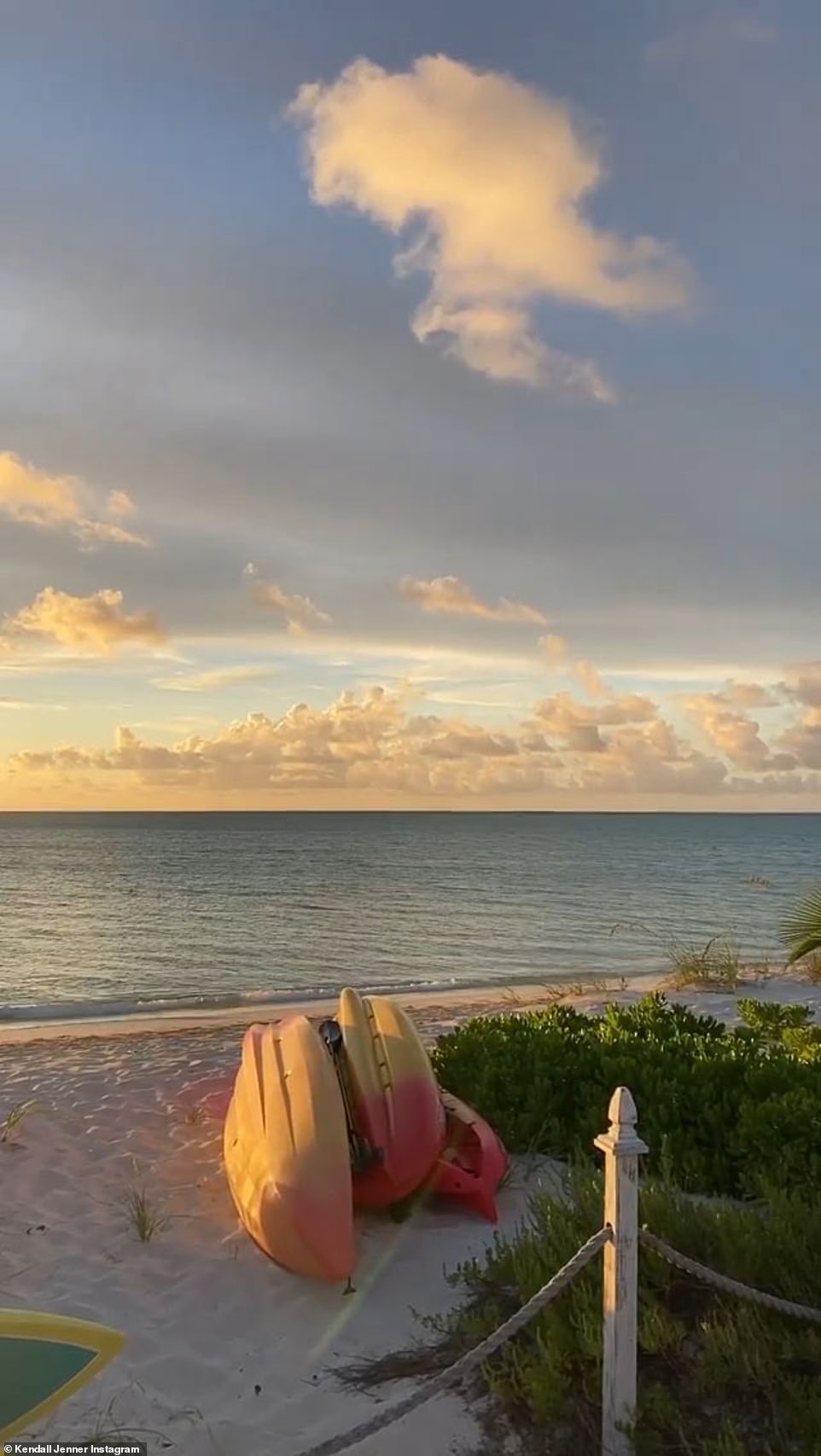 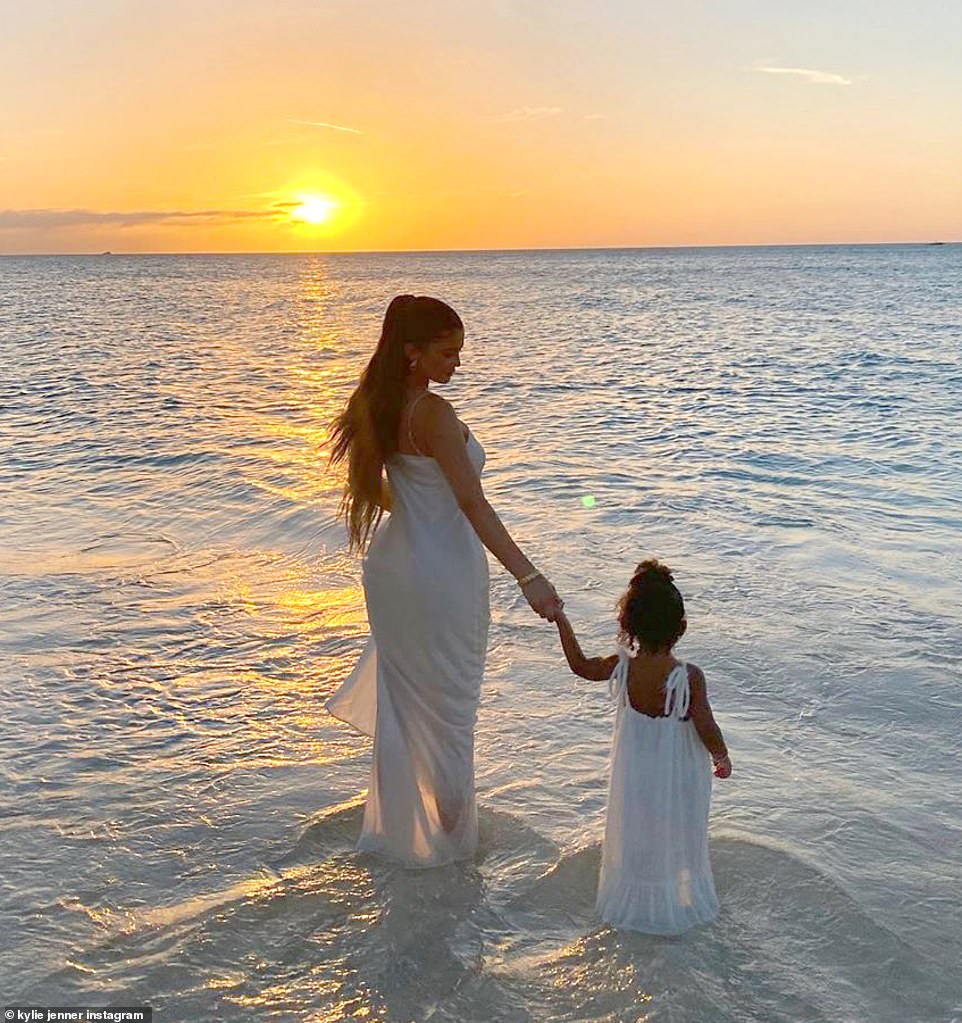 Nature’s beauty: Earlier on Wednesday, Kylie had mini-me daughter Stormi, two, at her side during a breathtaking visit to the beach