Home » Celebrities » First footage from ‘The Crown’ season 4 released, are you excited? 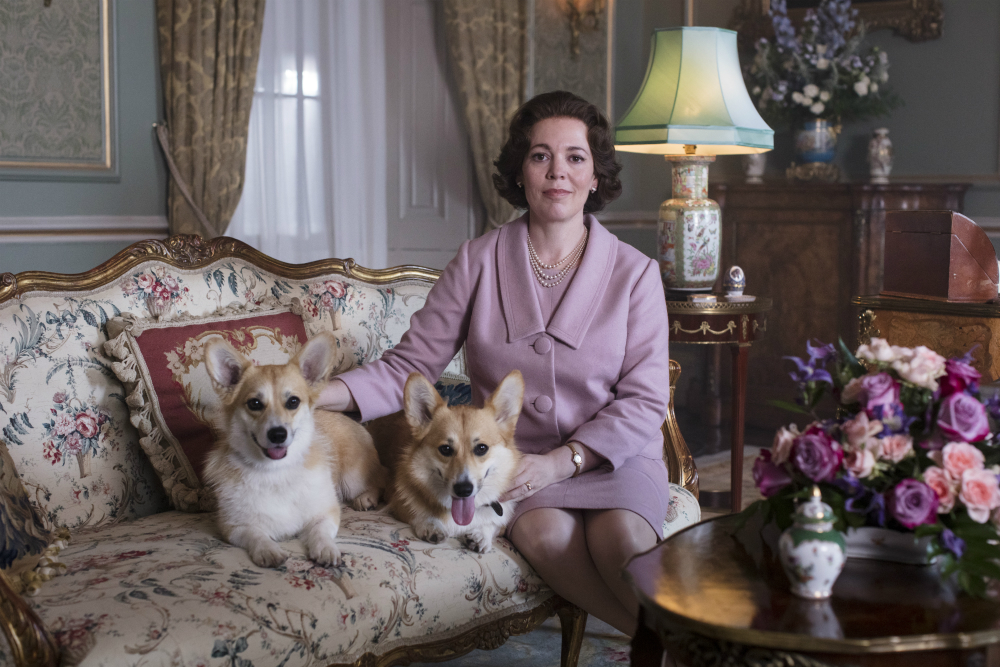 Netflix released the first footage of season four of The Crown. The clip is 33 seconds long but it packs a punch. It shows three of the most powerful women in Britain: the Queen, Margaret Thatcher and Diana Spencer. These are our first images of either Thatcher or Diana in the series. But, as is the brilliance of Netflix’s editors, they give us a full face/body shot of Olivia Colman’s queen, riding in in military dress (the Old Guard) and then switched to shots of Gillian Anderson’s Thatcher and Emma Corrin’s Diana. Both ladies are shown in glimpses, from behind or out of focus shots, edited to create tension and suggesting how powerfully they will wind their way into QEII’s world. It’s a great spot:

I appreciate but also giggle at the use of hair in the clips. Thatcher and Diana were known for their iconic hairstyles, which is why I found their prominence in the teaser amusing. But the fact that people focused on hairstyles as one of these ladies’ main contribution to their legacy speaks to the inherent misogyny of the institutions they inhabited and what they fought once there.

I love the brief, foreboding shots of Thatcher. I know it’s for dramatic effect, but I also guess it’s because Gillian in makeup and costume is so dead on as Thatcher, it’s jarring. I’ll bet she has a really theatrical entrance that will make us all gasp. I really think Gillian will nail this part. I think most of us do, which is what worries us. None of us want to associate Gillian with Thatcher. I remember Thatcher but I didn’t pay too much attention to her while she was in office. I was a kid while she was serving as Prime Minister, British politics weren’t largely on my radar at that time. All I really knew was she was Reagan’s buddy.

Princesses were on my radar, though, and I remember every part of Diana Spencer’s life from when she started dating Prince Charles to the day she died. I remember my parents discussing her being photographed in the sun in a skirt with no slip, none of us knowing at the time the press set her up for it. I can remember her engagement photo on the front page of our paper. My mom and I woke at whatever ungodly hour to watch her wedding (we cried, we loved it. Except the dress, we hated her dress). My brother was in Europe right after Charles and Di’s wedding and sent me a postcard from Scotland with the shot below from their honeymoon. On it he wrote, “Greetings from Scotland, where the men wear skirts and the women wear their legs the other way around.” I thought it was so funny, I still have it. Then came both her sons’ births, the rumors, the destruction of her marriage, divorce, death and her canonization in the public’s perception – I lived every moment as she did, it was like hearing updates about a cousin. But, obviously, she isn’t my cousin. She was a young woman, only eight years older than me, who was born into a title and married the heir to the British throne whose world was completely beyond my grasp.

So when they show Emma in the clips, and cinematically suggest the amount of pressure and scrutiny Diana was under, I felt it in my core. I remember it in real time. But the most ominous shot is Emma as Diana from rocking back and forth in her giant wedding dress in that sterile antechamber. We know how it plays out from there. I feel like they hit the tones perfectly in this teaser, let’s hope they do it all justice in the series. Unlike many of you, I liked season three, so I am very excited to see season four. This little taste only reignited my love for the show. 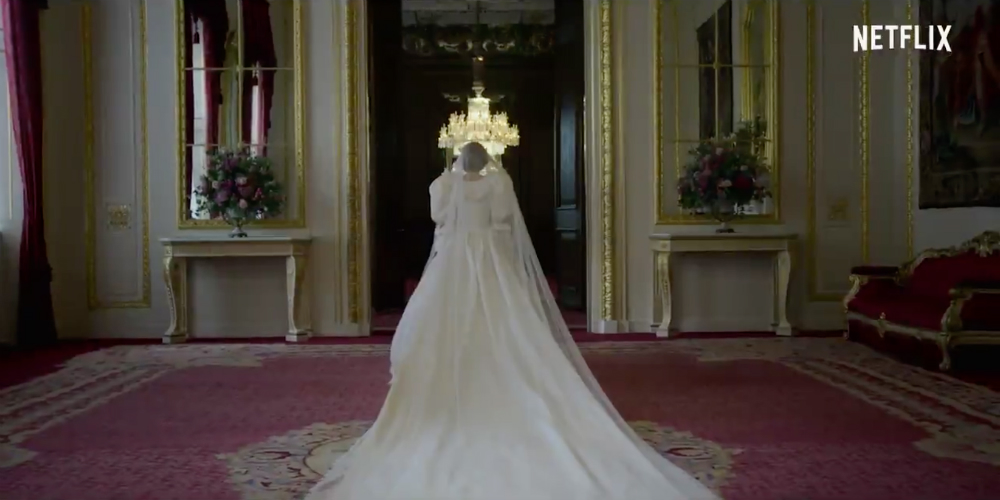 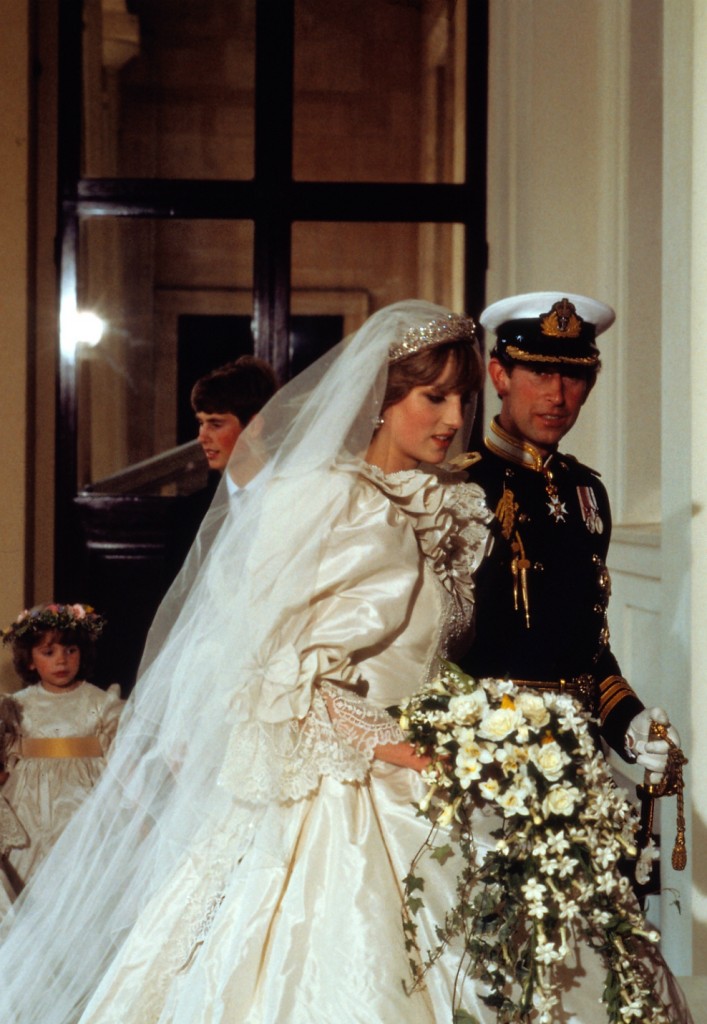 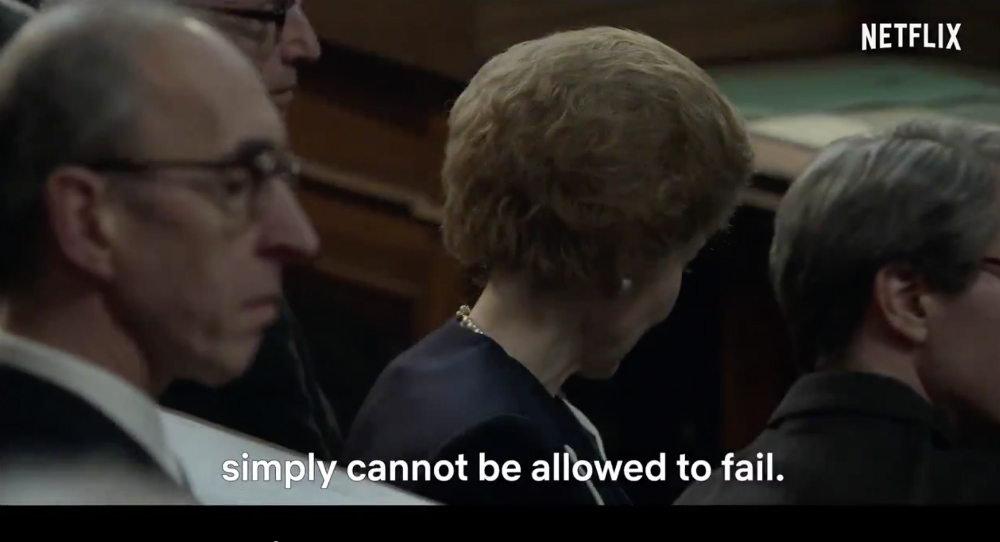