Floyd Mayweather has a warning for Khabib Nurmagomedov — Conor McGregor is coming for your head!!

One year after Floyd and Conor faced off in the boxing ring, TBE says he learned firsthand McGregor is a “warrior” who’s not afraid of anything … and he’s passing on a warning to his UFC 229 opponent.

“Conor’s not gonna back down and he’s not a scared fighter at all, win, lose or draw,” Mayweather said at the Hard Rock Hotel and Casino in Atlantic City … “Conor gonna come to fight.”

Despite their rivalry, Floyd says he actually wants to HELP Conor this time around … saying he’d love for CM to train at his home gym in Vegas.

“I know that UFC got a training facility but we’d like for him to work out at the Mayweather Boxing Club.”

So, who’s Floyd picking to win the fight?

“I don’t really have a prediction because I’ve never seen the guy fight that’s facing Conor McGregor — from what I know he’s a hell of a guy that’s on the ground — hell of a grappler — and he can wrestle.”

“But, the fans want to see you stand up and fight. That’s what the fans like to see. But, Conor McGregor, he’s a tough competitor, like I said before Conor McGregor’s not gonna back down from anyone, he’s not scared, he’s a warrior.” 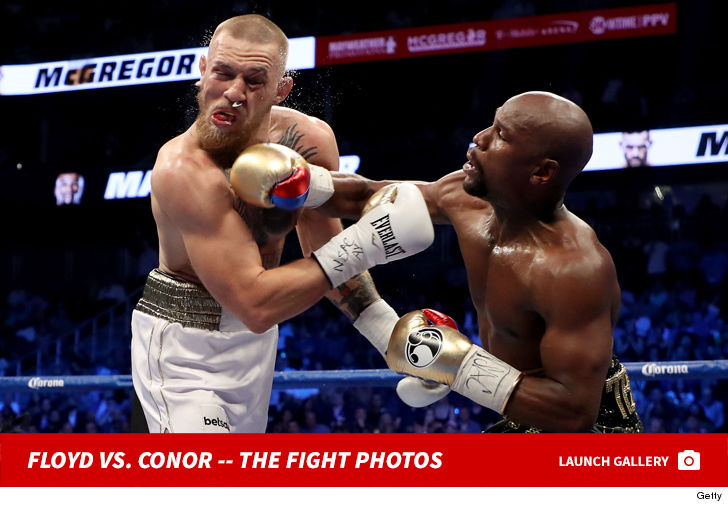