Police sources told TMZ that the veteran character actor was pronounced dead on the scene after officials responded to a call of an unconscious male. The L.A. County Sheriff’s Department said that Lister was discovered during a welfare check after his friends and associates didn’t hear from him.

Police told TMZ that the initial thinking is that Lister died of natural causes, and an autopsy will be conducted. 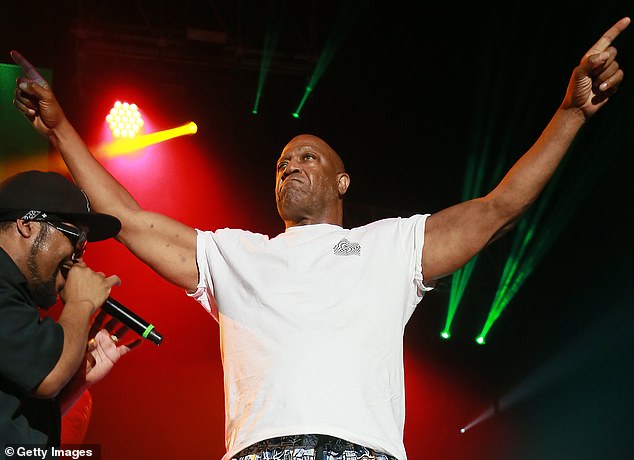 The latest: Friday actor Tommy ‘Tiny’ Lister was found dead Thursday at age of 62 in his Marina Del Rey apartment

His manager Cindy Cowan told Variety on Thursday that he had displayed coronavirus symptoms, and had missed shooting on a film project amid the ailment.  She told the AP that he had battled COVID-19 earlier this year.

‘He was a wonderful guy with a heart of gold,’ Cowan told the outlet. ‘Everyone loved him. A real gentle giant. We’re all devastated.’

Lister was best known for playing Deebo in Friday and Next Friday, as his co-star Ice Cube took to Instagram Thursday to post a memorial for the late entertainer.

‘America’s favorite bully was a born entertainer who would pop into character at the drop of a hat terrifying people on and off camera. Followed by a big smile and laugh. Thank you for being a good dude at heart. I miss you already,’ he said. 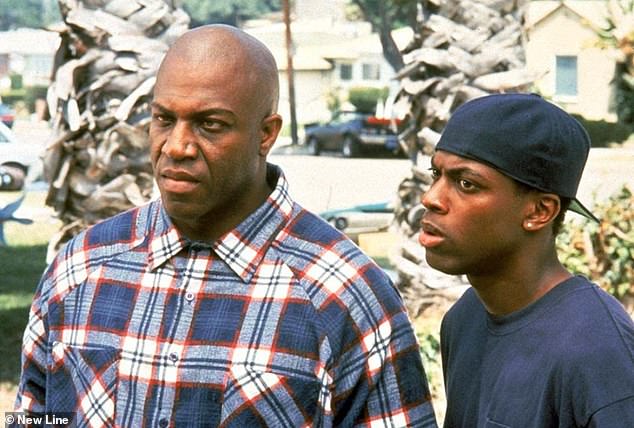 Key role: Lister appeared as Deebo in the 1995 classic Friday 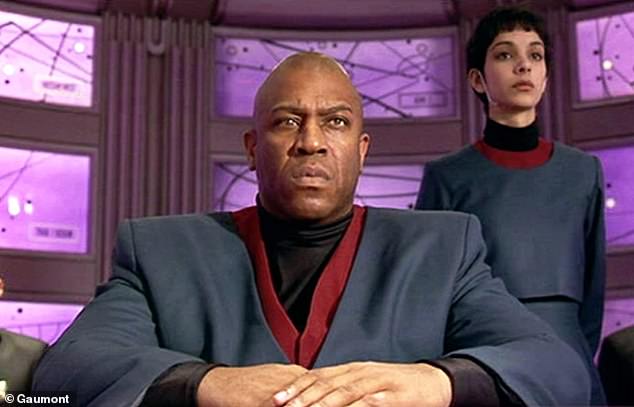 Lister also appeared in films such as Austin Powers in Goldmember, Jackie Brown, The Fifth Element and The Dark Knight. He was also involved with professional wrestling, and played opposite Hulk Hogan in 1989’s No Holds Barred.

He tangled with Hogan in the main event of the WWE’s 1989 SummerSlam, forming a tag team with the late Macho Man Randy Savage against Hogan and Brutus Beefcake.

He also was in the defunct WCW wrestling organization in 1996 billed as Z-Gangsta. 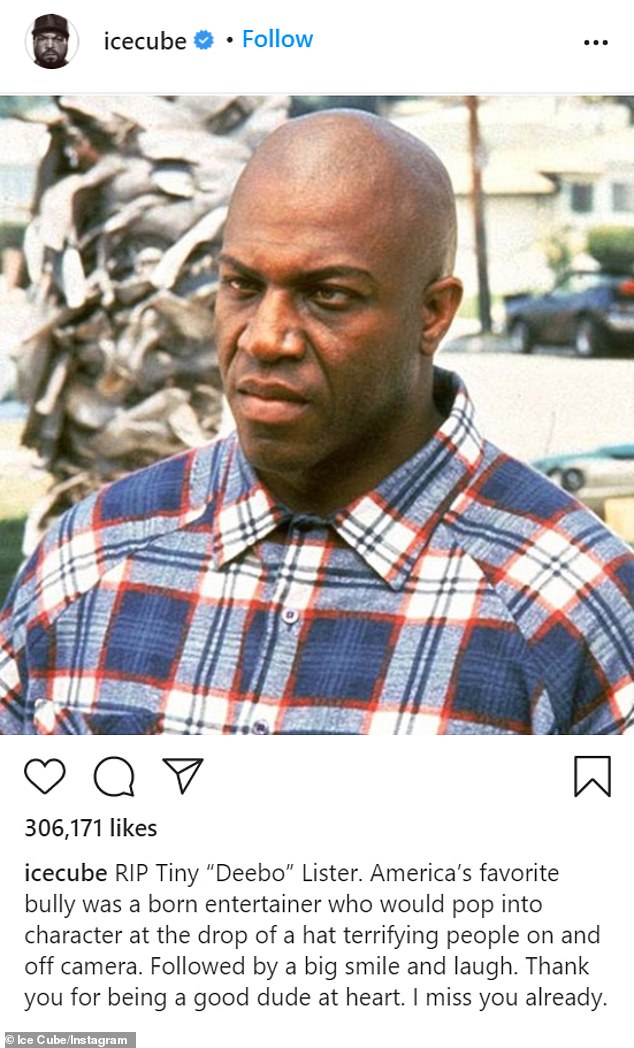 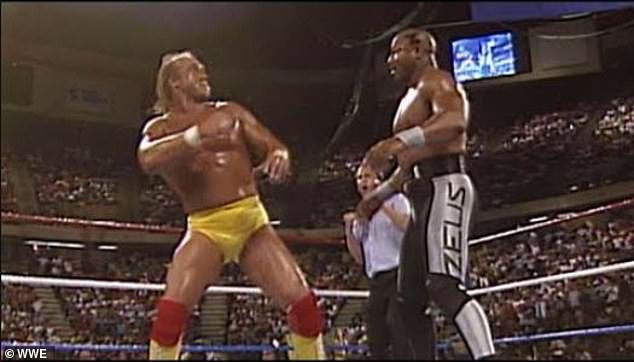 Ring rivals: He tangled with Hogan in the main event of the WWE’s 1989 SummerSlam, under the moniker Zeus 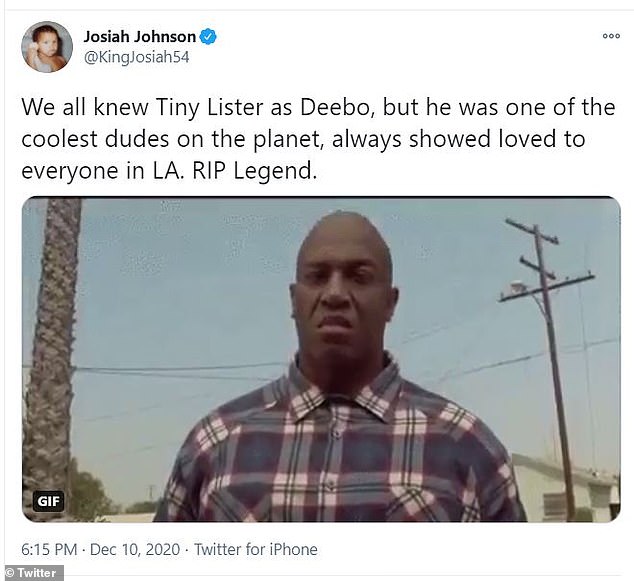 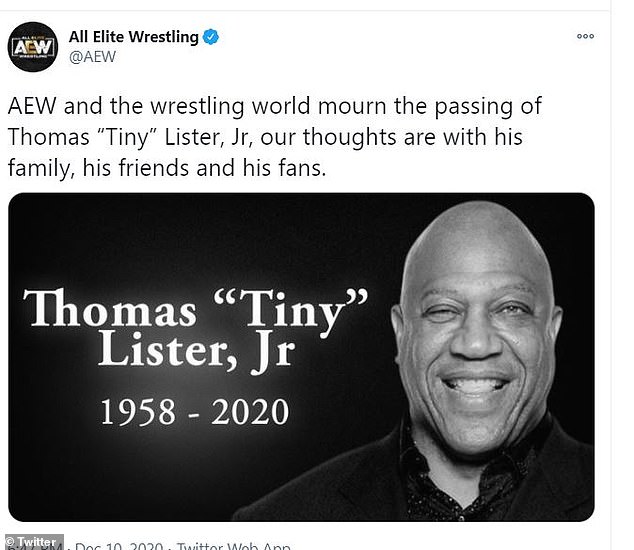 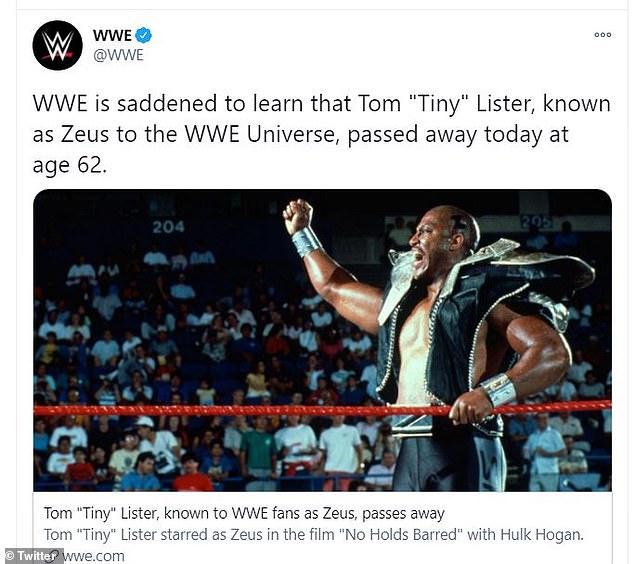