Home » Celebrities » G-Eazy Fires Back at Machine Guy Kelly with Diss Track, Threatens Him Over Halsey 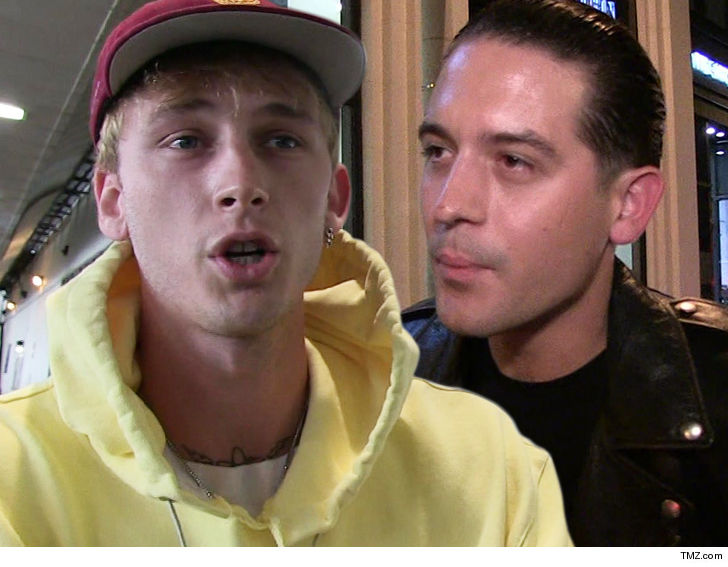 G-Eazy didn’t take long to fire a huge shot back at Machine Gun Kelly, responding with an all-out diss track after MGK freestyled about banging Halsey.

The freshly heated beef started roasting Thursday, when MGK went on HOT 97 with Funkmaster Flex and dropped some bars blasting Eazy … accusing him of stealing his look with the line, “I f***ed his girl now he looks like me this sh*t overbearing.”

The lines include … “MGK please stop trolling me, get over me / You wanna be me, you’re mad that you’re not as big as me.” He goes on to call him a “mini-me” and a “f***ing joke,” and delivered a threat regarding Halsey, saying … “Disrespect her again I’ll smack you.”

Doesn’t seem like MGK’s scared by G’s threats, though — he shared the video of his freestyle on his Instagram along with a photo of the 2 and the lyrics about banging Eazy’s GF. 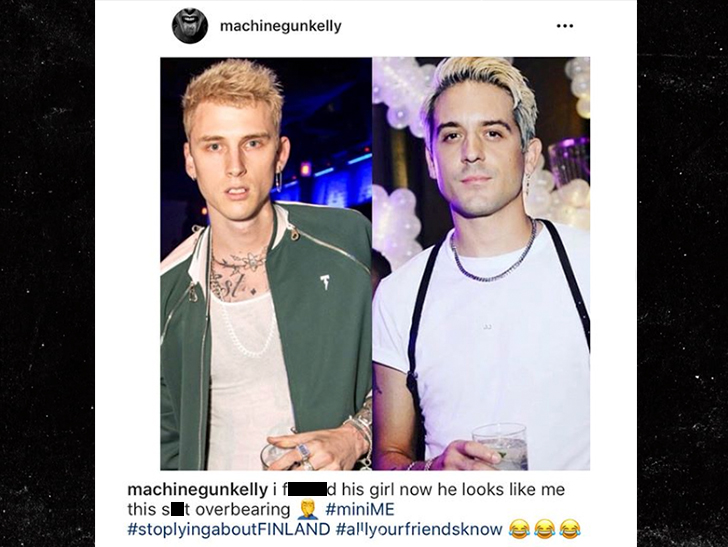 As we reported … G-Eazy and Halsey split earlier this summer, and around the same time she was spotted out one night with Kelly. 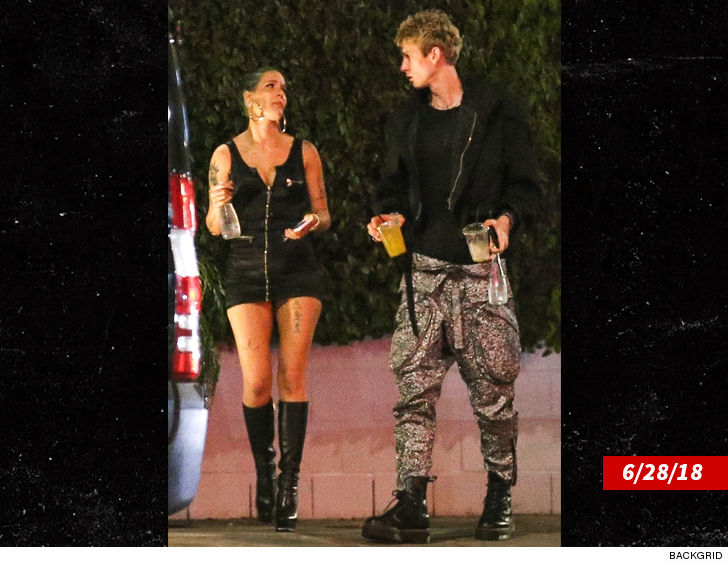 Halsey and G-Eazy have gotten back together after their 2-month split … and we’ve seen them out together twice in the last 2 weeks.

It looks like their reconciliation has come at the cost of the rapper’s friendship. 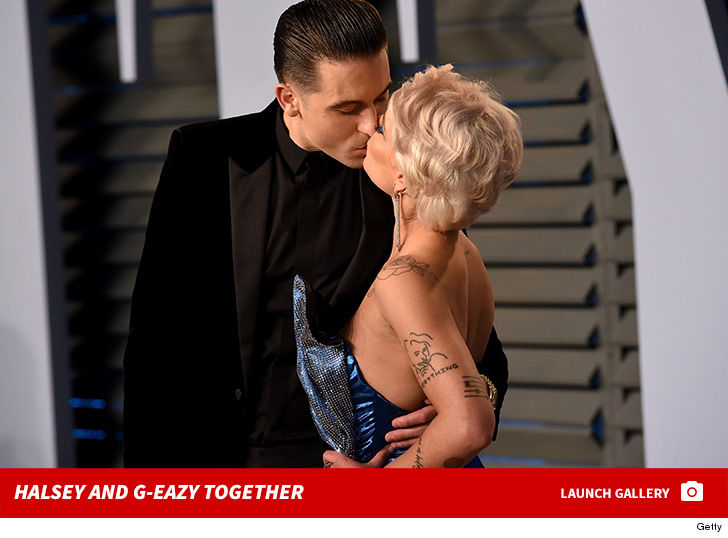