Home » Celebrities » Gregg Wallace, 55, says he got into shape for wife Anna, 33

MasterChef star Gregg Wallace, 55, reveals he achieved his 4st weight loss after wanting to get into shape for wife Anna, 33, and their baby son Sid

He announced his own fitness website last week, after overhauling his lifestyle and diet, leading to an incredible 4 stone weight loss.

And Gregg Wallace, 55, has revealed that he was motivated to get into shape for his wife Anna, 33, and their one-year-old son, Sid.

Speaking about his fitness journey, he told The Sun: ‘Anna looks after herself and looks fantastic… so I wanted to be in shape for her. Us old folk can’t look like a 20-year-old but we can make ourselves feel like it. 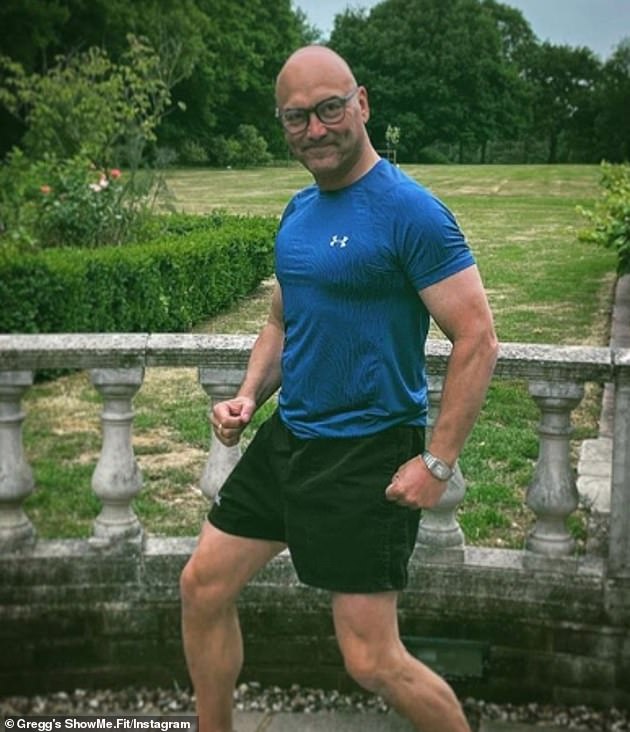 Motivated: Gregg Wallace, 55, has revealed that he was motivated to get into shape for his wife Anna, 33, and their one-year-old son, Sid

‘All men should want to be in shape for their other half and if you find yourself single, like I seem to every five or six year, you want to be in the best shape you can when on the market.’

The four-times-wed TV personality, who has two adult children, was also keen to be in the best shape possible for his toddler son Sid.

He told the newspaper: I was going to be an old dad. I didn’t want to be a fat dad too. I’d already lost weight becoming a dad again pushed me to keep going.’ 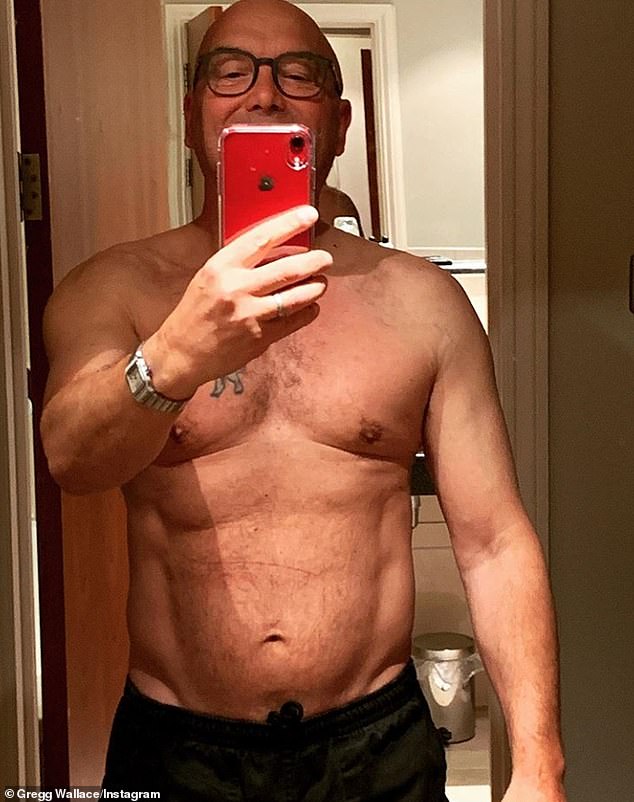 Body of work: He announced his own fitness website last week, after overhauling his lifestyle and diet, leading to an incredible 4 stone weight loss

Insisting that a ‘man of any age should feel good’ going shirtless, the star has branded himself ‘an amazing advert for dads in their mid-fifties’ with his new physique.

The website will include cooking tutorials, clothing, water bottles and a recipe book. Love: Gregg married his wife Anna in August 2016. They have one-year-old son Sid together

The MasterChef star has been promoting the website using videos and his wife Anna has even been getting involved.

In one clip, Gregg reveals his plan is for ‘everybody’. The star’s wife, Anna, even makes a cameo in one of the videos as she teases ‘tasty and healthy recipes’. Big overhaul: The 55-year-old star’s weight loss has been decidedly noticeable over the years

It comes after Gregg showed off his incredible four stone weight loss with a striking before and after picture on Sunday.

The TV personality has been working hard on his new healthy lifestyle with daily exercise and more home cooking after ‘making a conscious decision to cut down on fried food, sugar and booze’.

Gregg hit his goal weight in April and is keen to help other people learn how to overhaul their life.

He wrote: ‘4 stone later. I want to help people be fitter n happier.’

Gregg first started losing weight in 2017 and said he was inspired to do so to keep up with his glamorous wife, Anna, who is 22 years his junior.

Greg recently admitted he was starting to ‘miss the gym’ as he maintained his gruelling fitness regime in the garden.

Last month, Gregg revealed he now weighed less that 12 stone after shedding the pounds by overhauling his diet and fitness regime.

As well as keeping in shape for wife Anna, Gregg also said he wanted to be in good health for their baby Sid, 13 months. 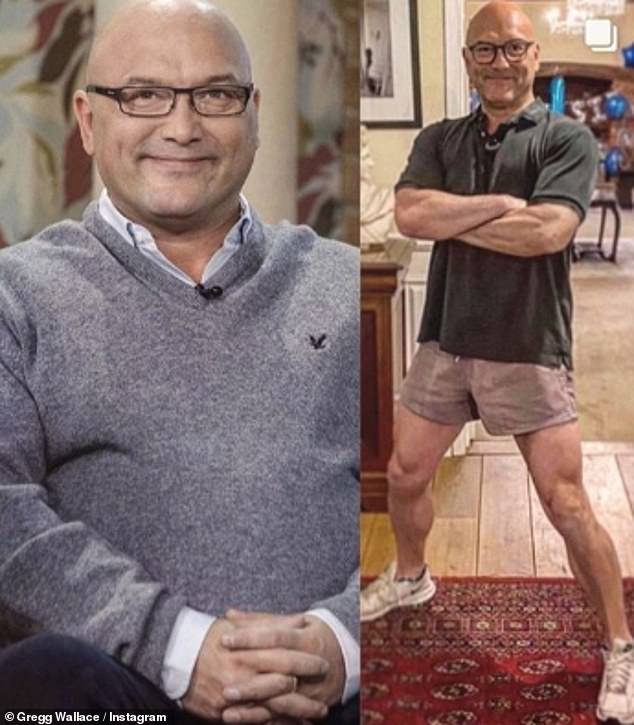