Gwen Stefani looked camera ready as she was spotted out in Pasadena on Monday.

The 51-year-old Voice judge flashed her legs in a mini skirt and matching jacket as she stopped by a studio with fiance Blake Shelton.

Giving some serious cowgirl vibes the singer wore some tasseled white boots and showed off her slim pins in fishnet tights. 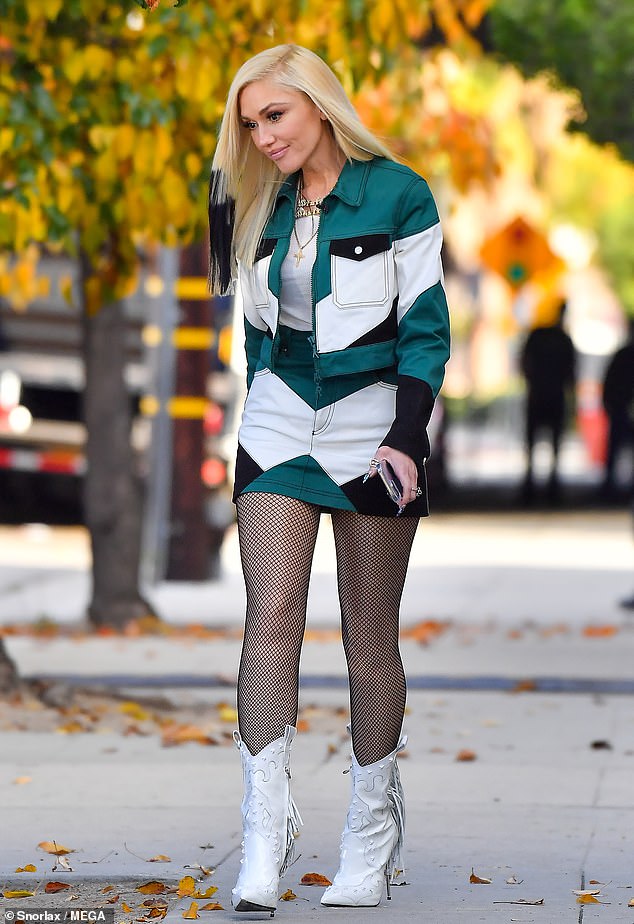 The couple announced their engagement in October but Gwen recently admitted that she nearly messed up Blake’s proposal.

The No Doubt singer had no idea her husband-to-be was going to get down on one knee during a trip to Oklahoma that she nearly cancelled the whole trip due to coronavirus.

She said: ‘I had no idea, obviously. In fact, I was trying to get out of going back to Oklahoma because it was getting too complicated with COVID and the family. I’m like, “I think we should just cancel the trip.” It was like, one of those, and then we got it all together and we ended up going.

‘Meanwhile, I guess Blake had had this ring like ready to go for a couple weeks. Nobody knew … my dad knew because on my birthday he showed my dad and said he was gonna do it or whatever.’

However, Gwen and Blake did travel to the city and he was able to carry out his proposal plans. 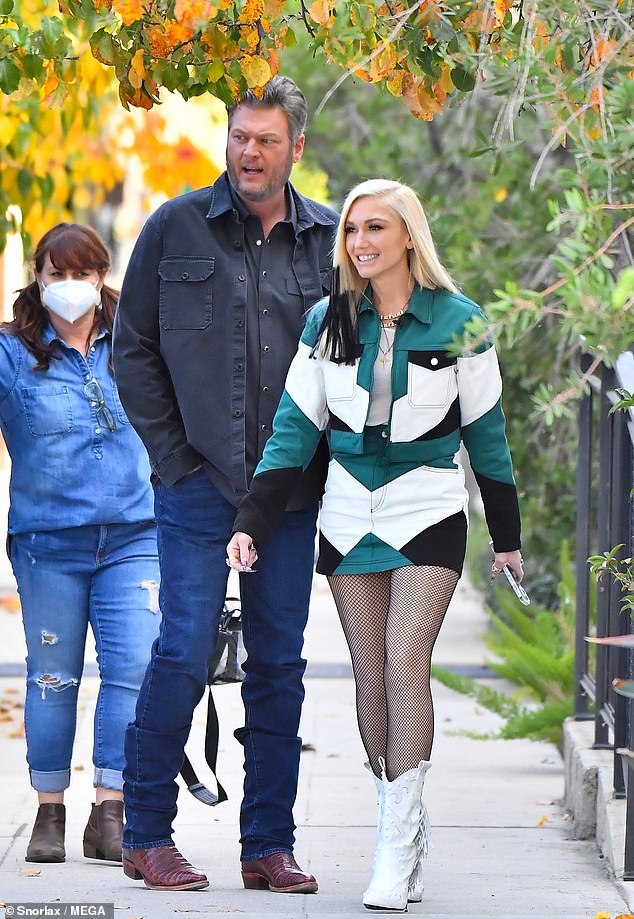 Stroll: The 51-year-old was accompanied by fiance Blake Shelton as they stopped by a studio 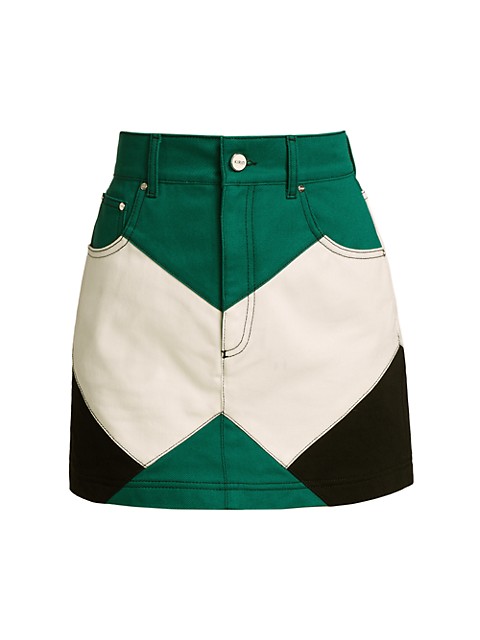 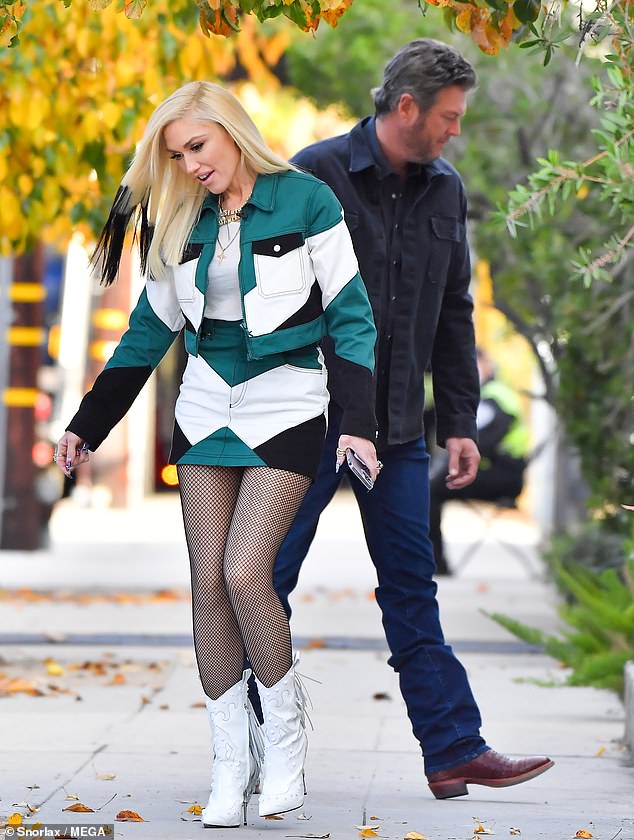 TV beauty: Gwen was camera ready in a colorblock look with fishnet tights and cowgirl boots

Speaking on The Kelly Clarkson Show of the proposal, she added: ‘I walked in and my son was sitting right by this fireplace and Blake basically was getting down on his knees to do a fire and he goes, “Hey, can you look in that cabinet over there and get me a fire starter?” So I open the cabinet and there was like a ring in a box and I was like, “Ah! What? Are you serious?”

It comes after Blake admitted he was scared he was going to lose fiance Gwen’s engagement ring which he hid in a compartment on the door of his truck.

He said: ‘To be honest with you and this is scary – I had the ring in the compartment on my door of my truck for about a week. I don’t know about you, but stuff falls out of that damn thing on my truck all the time. [When I was] digging in there looking for a flashlight or change, I kept thinking, “Man, somebody’s gonna hit the jackpot whenever I drop this thing out of my truck.” I wanted to keep it there all the time because I didn’t know when I would have the exact, right moment. But thank God, I didn’t lose the ring.’ 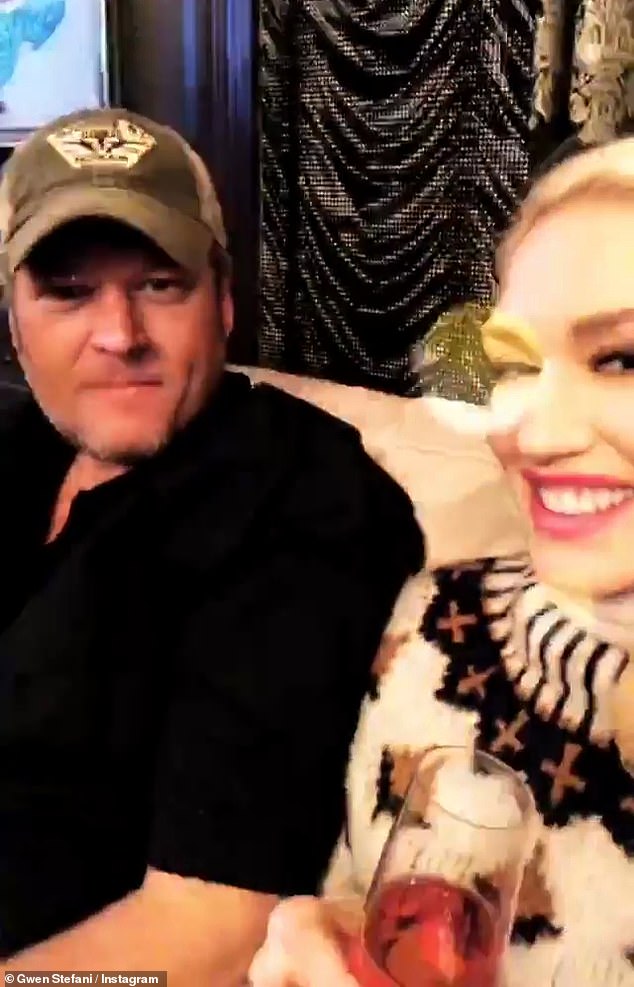 Headed down the aisle: The couple announced their engagement in October but Gwen recently admitted that she nearly messed up Blake’s proposal