They are set to perform their new duet Nobody But You on the Grammys stage.

But first Gwen Stefani and Black Shelton brought their love story to the red carpet as they arrived for the 62nd Annual Grammy Awards.

Blake, 50, looked dashing in a black suit next to his 50-year-old No Doubt alum love, who wore a custom Dolce and Gabbana shell-encrusted mini dress. 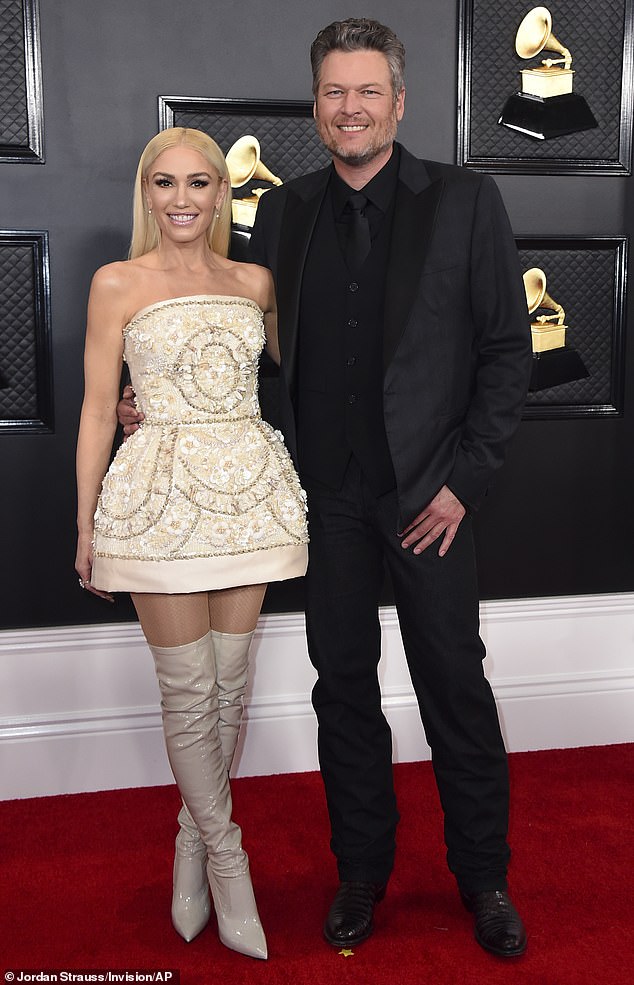 Jaw dropping: Blake Shelton and Gwen Stefani make one shell of a good couple as they arrive at the 62nd Annual Grammy Awards on Sunday evening 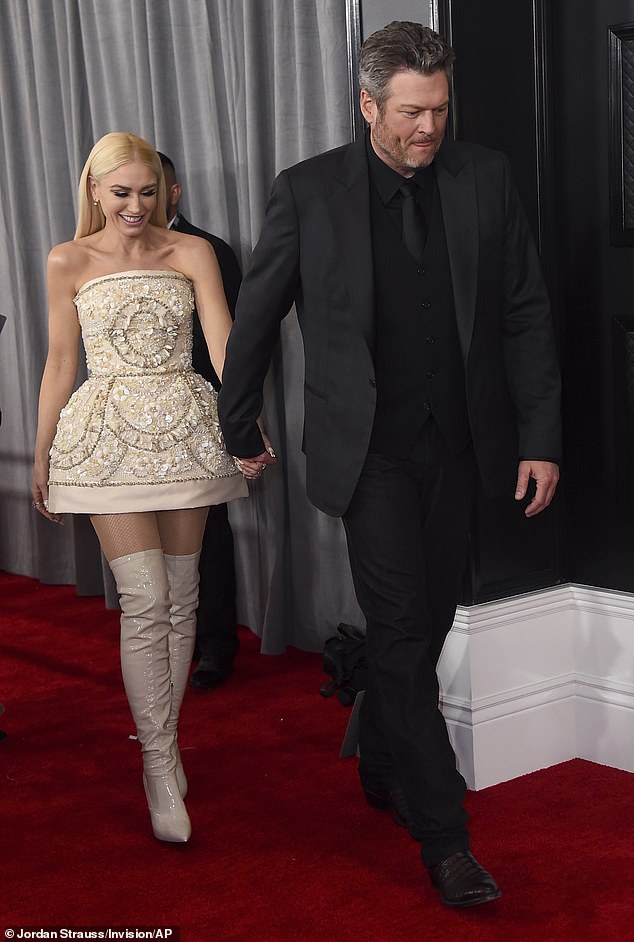 Big night: Their red carpet love-fest comes just hours before the couple is set to perform their new duet together, Nobody But You off of Shelton’s latest album 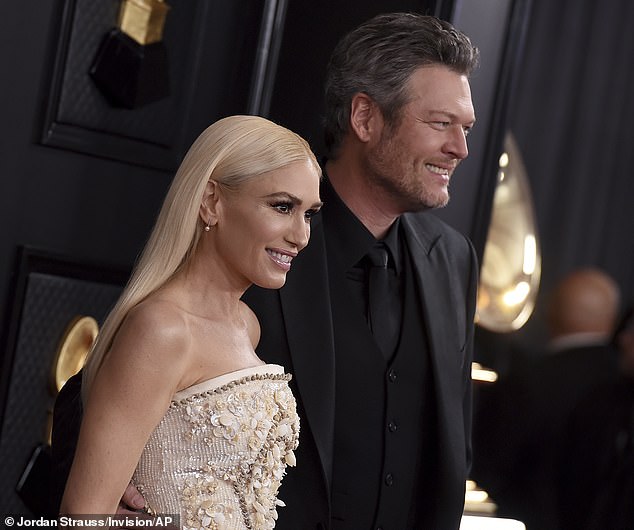 Details: The Just a Girl singer turned heads when she arrived in the custom Dolce and Gabbana dress complete with matching thigh-high boots

‘Blake has been gathering shells over the last four years since we met,’ Gwen joked to E! News as a nod to the detailing on her gown.

She then went on to joke that some of the shells may actually be from their large collection over the last four years. 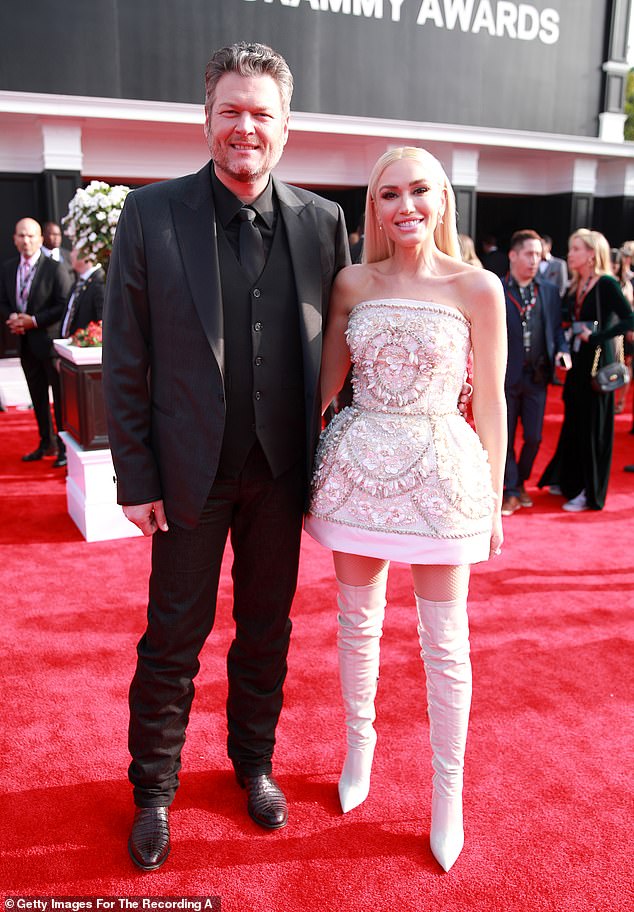 Taking the stage: Blake went on to note that the two megastars sing around their house together ‘all the time’ and the Grammys will be no different 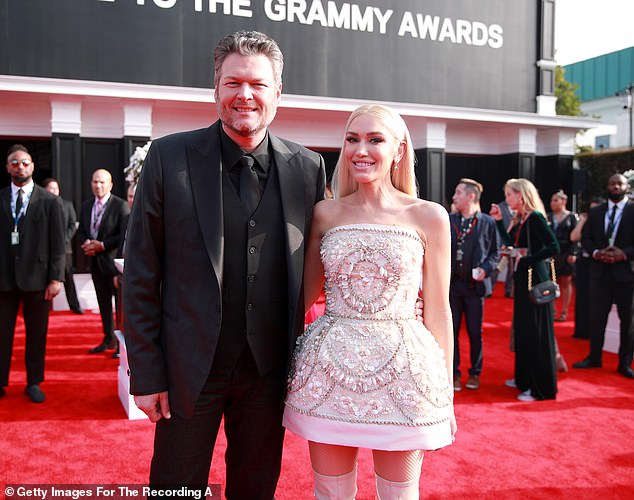 Personal: ‘It fits our story,’ the couple went on to add. ‘It’s the perfect duet. Especially for us’

And as for if they are nervous to take the stage in front of the A-list crowd during the evening, not a chance.

Blake went on to note that the two megastars sing around their house together ‘all the time’ and the Grammys will be no different.

‘It fits our story,’ he said. ‘It’s the perfect duet. Especially for us.’

This will mark the first time the couple takes the stage together at the big event. 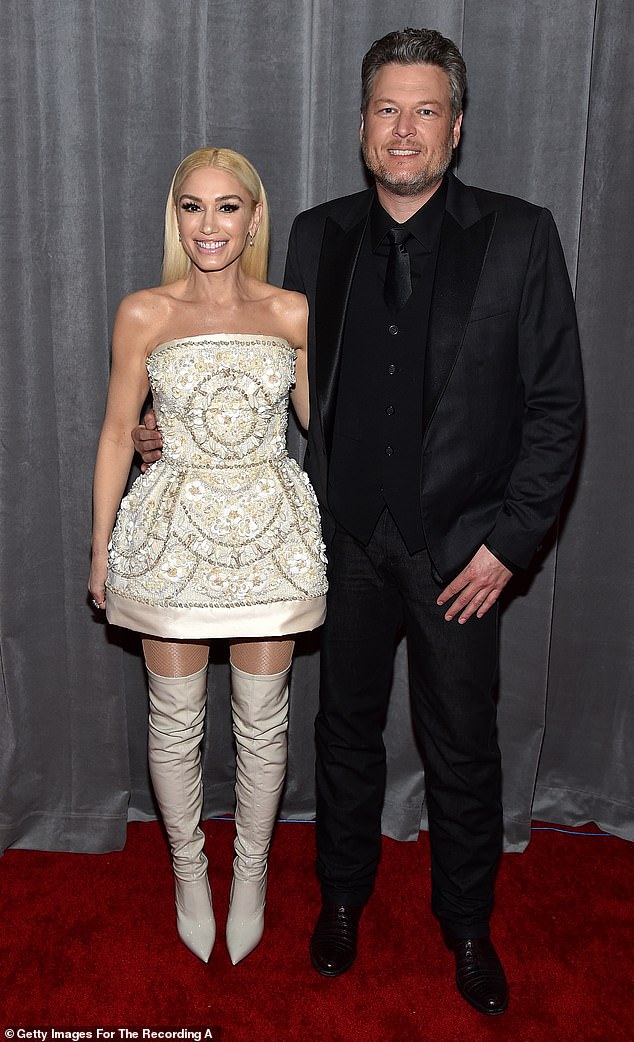 True love: The couple looked like the epitome of love as they were arm-in-arm backstage 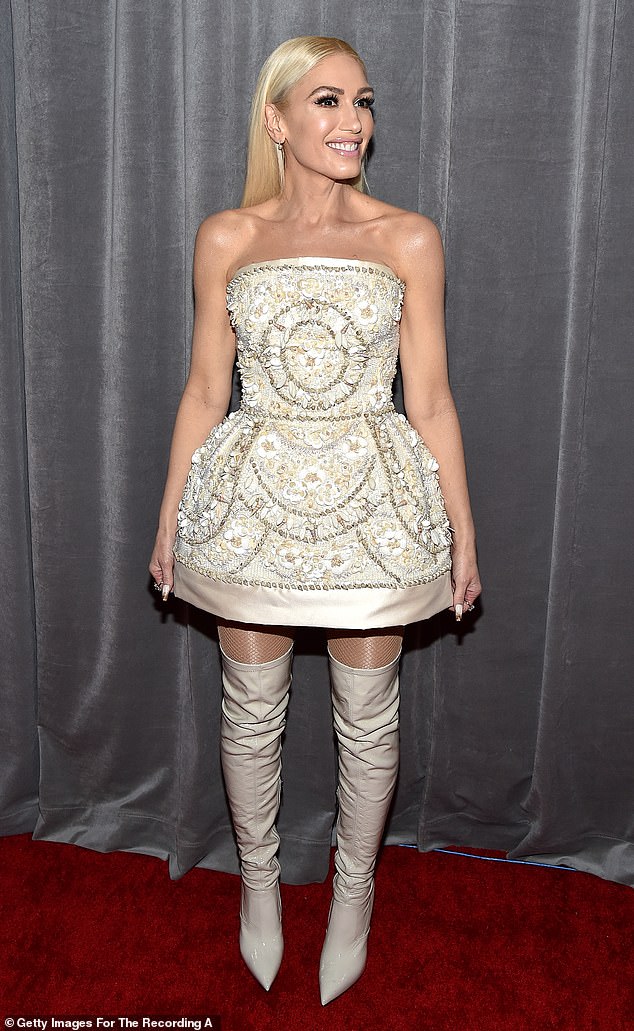 Her dress: The dress had hundreds of tiny shells sewn into the dress in which she joked that her and Blake had collected all of them

Speaking about the story behind the song, he also added: ‘We were in the gym and I was watching her workout and I said ‘wait a minute, you need to sing on this song with me.’

Back in December, the country music star reiterated that this song ‘fit his story’ and his close to home which is why it landed a spot on his album, Fully Loaded: God’ Country.

‘This was one of those songs where the more I heard it, the more I fell in love with it,’ he said at the time to People.

‘I also realized how important it is for me and where I am in my life, and I think that’s why [writer] Shane [McAnally] was trying to get it to me.’ 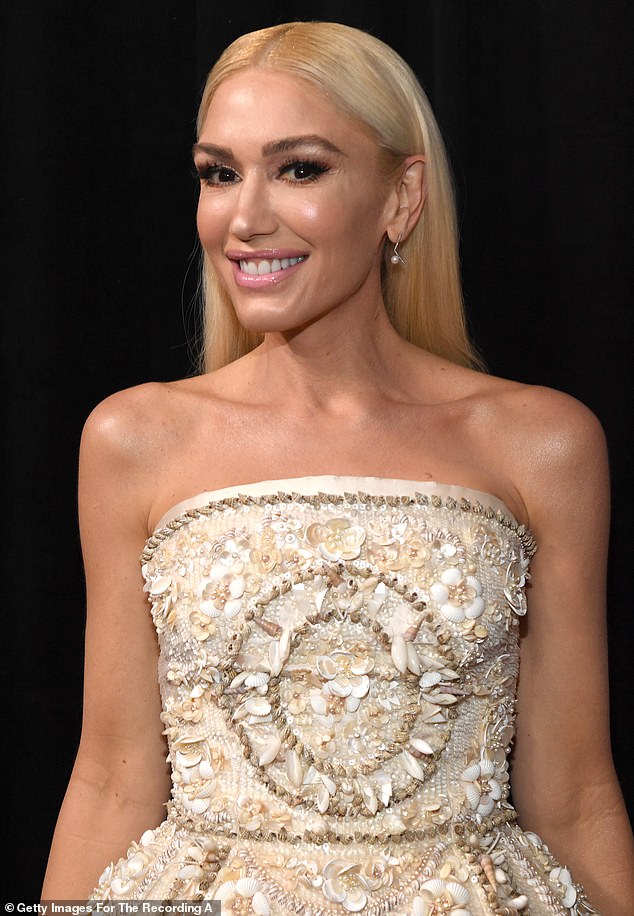 Up close: The dress featured shells of all different shapes and sizes to create an elegant look 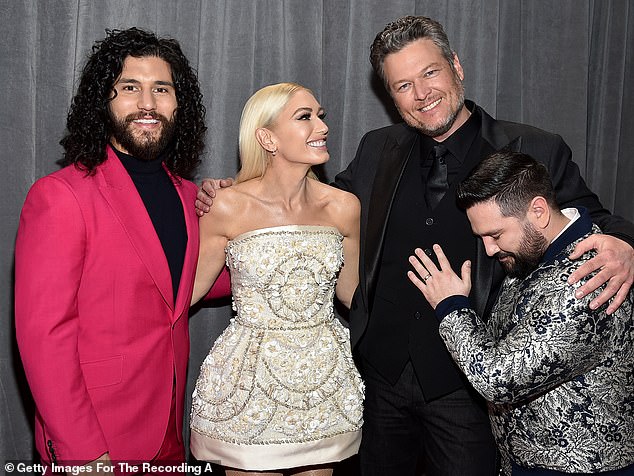 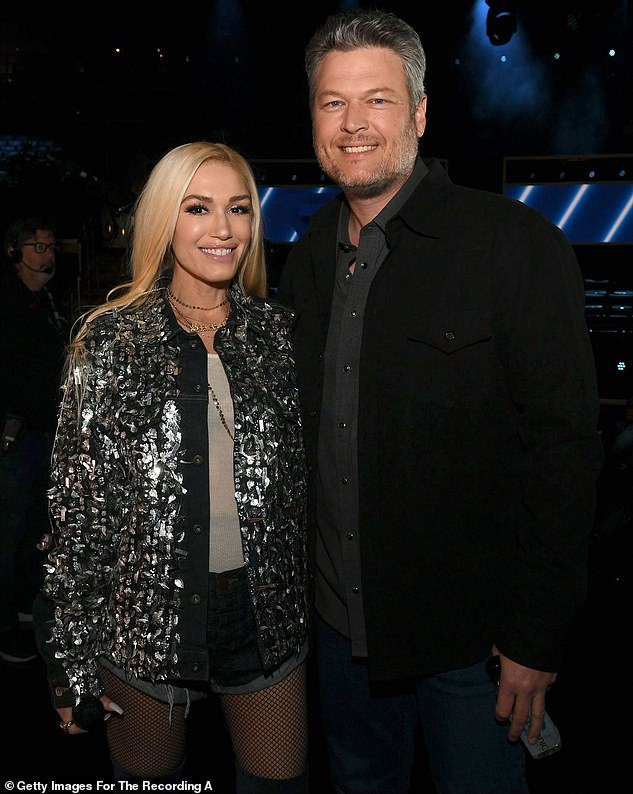 Grammy week: Gwen and Blake give a big smile during music’s biggest week

Record Of The Year 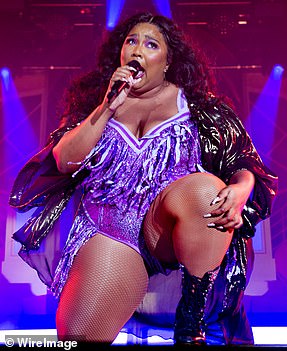 Good As Hell: Lizzo earned the most nominations including Record, Album, and Song of the Year (She is seen in Manchester earlier this month)

Album Of The Year

“When We All Fall Asleep, Where Do We Go?” — Billie Eilish – WINNER

“Thank U, Next” — Ariana Grande

“Father of the Bride” — Vampire Weekend

Song Of The Year

Tank and the Bangas 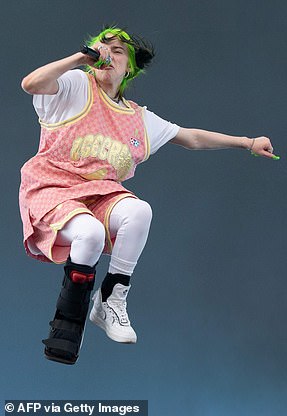 Lovely: Billie Eilish became the youngest person ever nominated for a Grammy at 17-years-old including a nod in the Best New Artist category (Seen October in Austin)

“You Need To Calm Down” — Taylor Swift

The Lion King: The Gift — Beyoncé

When We All Fall Asleep, Where Do We Go — Billie Eilish – WINNER

Thank U, Next — Ariana Grande 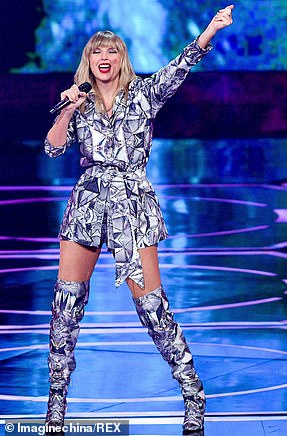 Need to calm down: Taylor Swift was snubbed from Album and Song of The Year but did earn a nod for Pop Vocal Album for Lover (seen in Shanghai earlier this month)

“Got To Keep On” — The Chemical Brothers – WINNER

“Piece Of Your Heart” — Meduza & Goodboys

No Geography — The Chemical Brothers – WINNER

Hi This Is Flume (Mixtape) — Flume

Amo — Bring Me The Horizon

In The End — The Cranberries 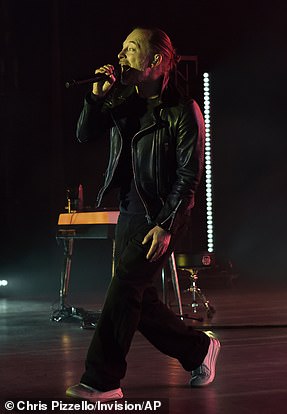 Being Human In Public — Jessie Reyez 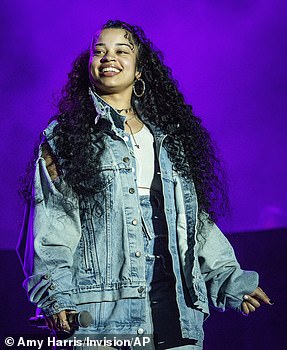 Talented: Ella Mai was nominated for Best R&B album (she is seen at Coachella in April)

Revenge Of The Dreamers III — Dreamville 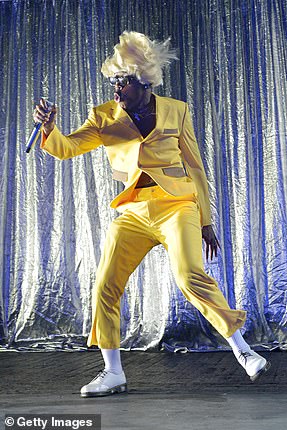 Flower Boy:  Tyler, The Creator earned a nod in the Best Rap Album category for IGOR (seen in London back in September)

“I Don’t Remember Me (Before You)” — Brothers Osborne

Stronger Than The Truth — Reba McEntire 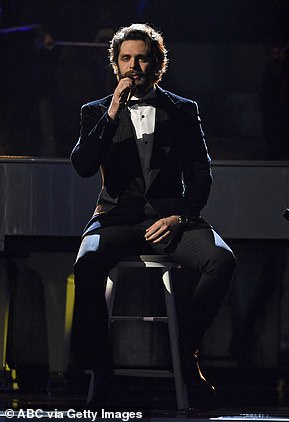 In The Key Of The Universe — Joey DeFrancesco

The Secret Between The Shadow And The Soul — Branford Marsalis Quartet

Come What May – Joshua Redman Quartet

“God’s Not Done With You (Single Version)” — Tauren Wells

I Know A Ghost — Crowder

Haven’t Seen It Yet — Danny Gokey

Deeper Roots: Where The Bluegrass

His Name Is Jesus — Tim Menzies 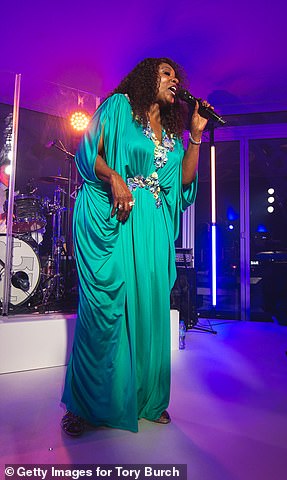 Legend: Gloria Gaynor was nominated in the Best Roots Gospel Album category for Testimony (she is seen in Dubai last month)

“I’m On My Way” — Rhiannon Giddens With Francesco Turrisi

Who Are You Now — Madison Cunningham

If You Can’t Stand The Heat — Frank Solivan & Dirty Kitchen

Sitting On Top Of The Blues — Bobby Rush

Somebody Save Me — Sugaray Rayford 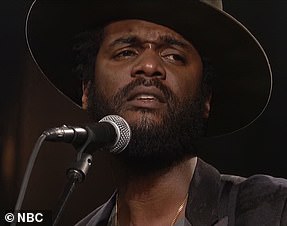 Star: Gary Clark Jr. received a nod for This Land in the Best Contemporary Blues Album category (he is seen on SNL in February)

My Finest Work Yet — Andrew Bird

As I Am — Julian Marley 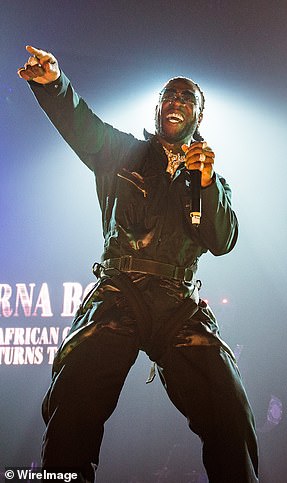 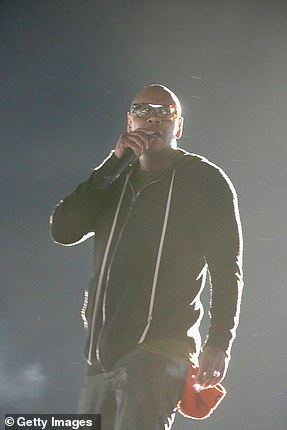 Legend: Dave Chappelle (seen in Houston earlier this month) was recognized in the Best Comedy Album category for Sticks & Stones

Quentin Tarantino’s Once Upon A Time In Hollywood — (Various Artists)

Spider-man: Into The Spider-Verse — (Various Artists) 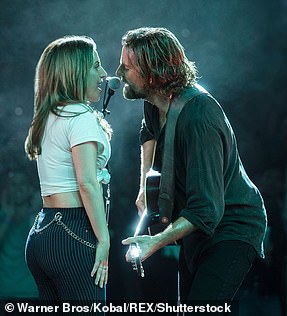 Far from the Shallow: Lady Gaga and Bradley Cooper were nominated for I’ll Never Love Again from 2018 film A Star Is Born in the Best Song Written For Visual Media

Best Arrangement, Instrumental or A Cappella:

Producer Of The Year, Non-Classical: 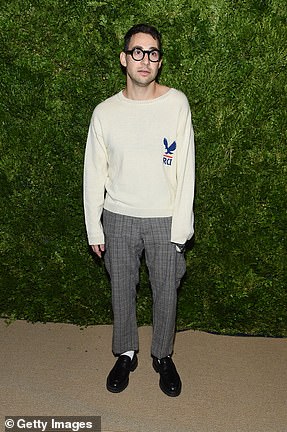 Star maker: Jack Antonoff (seen earlier this month in New York) earned a nod for Producer Of The Year, Non-Classical

Producer Of The Year, Classical:

“Smith, K.: The Arc In The Sky” — Donald Nally, conductor (The Crossing)

“Cerrone: The Pieces That Fall To Earth” — Christopher Rountree & Wild Up 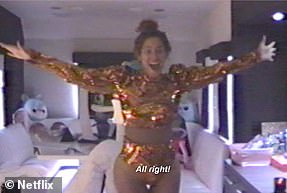