Vanity Phwoar! Handsome heroes, spectacular locations and scandalous stories abound in ITV’s new period drama that is set to rival BBC’s Poldark, so how do the two compare?

With Madonna and Kate Bush featuring on the soundtrack, the production is targeting ‘all generations of viewers’. It is ‘essentially the story of six young people looking for love’, screenwriter Gwyneth Hughes told The Mail on Sunday. 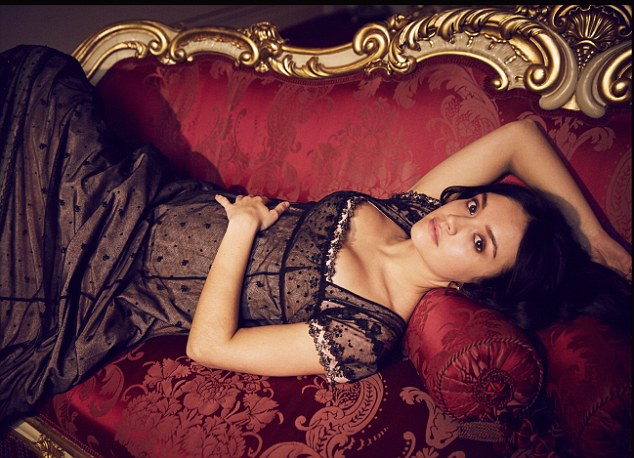 Pining after Poldark? Missing your fix of fixed coats and ripped bodices? Well hold on to your tricorn, here comes the new period romp for a Love Island generation… 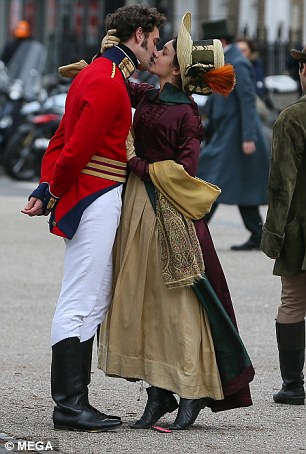 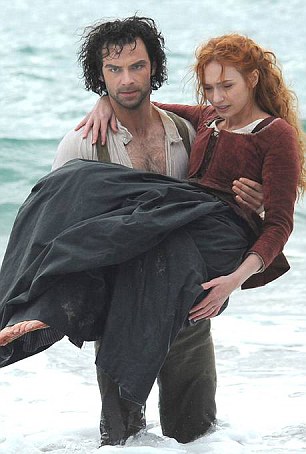 The Tempous lovers: Dashing Captain Rawdon Crawley (Tom Bateman) and pretty Becky Sharp (Olivia Cooke), left, seem to have eyes only for each other as they share a kiss. But this passion may not last as long as the torrid relationship between Ross and Demelza (Aidan Turner and Eleanor Tomlinson, right) in Poldark. Calculating Becky’s true passion is for her own advancement – for her, men are mere pawns in her game, to be used and dispensed with as ruthlessly as she wishes.

The faithful friends: Amelia Sedley (Claudia Jessie, left) is Becky Sharp’s loyal and humble best friend, unable to see the bad in anyone – just like Poldark’s Morwenna (Ellise Chappell, right), who was married off against her will to loathsome vicar Ossie Whitworth. 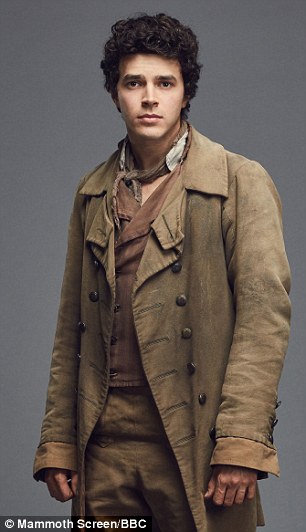 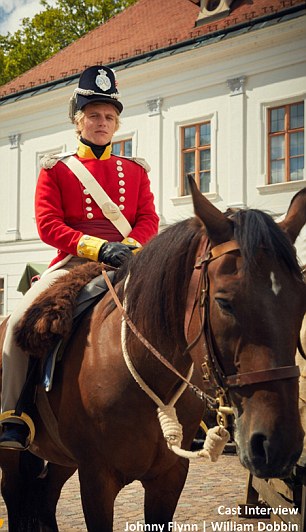 Ardent Admirers: William Dobbin (Johnny Flynn, right) is the closest thing Vanity Fair has to a genuine hero. He carries a torch for Amelia, but such is his devotion to best friend George that he encourages him to marry her. His selflessness matches Poldark’s Drake Carne (Harry Richardson, left), who remained devoted to Morwenna when all seemed lost

Admitting that her adaptation is not slavishly loyal to Thackeray’s original text, she added: ‘It would be fantastic to get on a bus and hear a bunch of young girls say, ‘Oh, did you see Vanity Fair last night?’ You are watching the pairings come together and the love stories play out over the course of seven weeks – why shouldn’t it appeal to fans of Love Island?’

Vanity Fair stars Olivia Cooke as the low-born but fiercely ambitious Becky Sharp, who will stop at nothing in her determination to rise through the ranks of Regency society.

The series does not shy away from some difficult moments for modern viewers, particularly the racist language and attitudes in a novel written almost two centuries ago.

In one scene, the parents of Becky’s friend, Amelia Sedley, joke about how their son Jos might marry a ‘dusky Maharani’ in India and deliver them a dozen ‘mahogany grandchildren’. 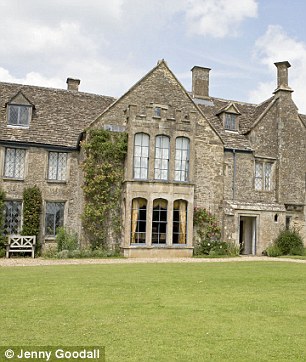 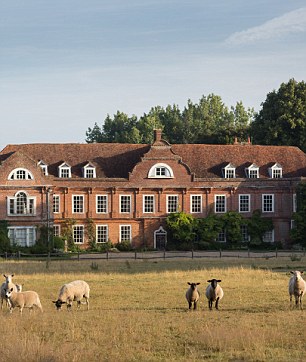 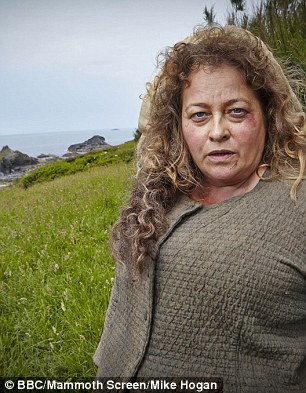 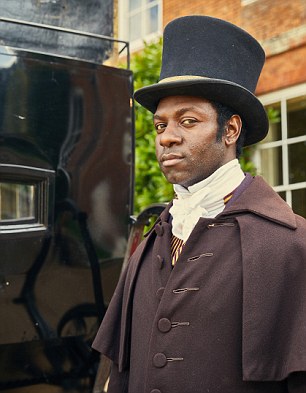 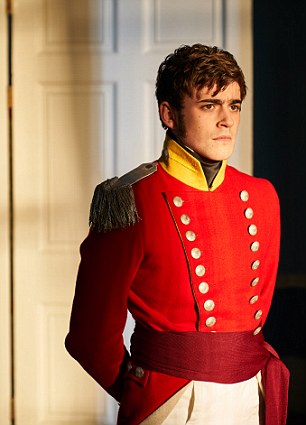 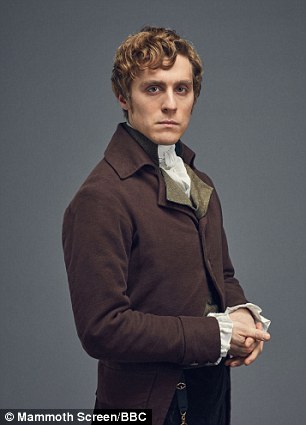 The hot villans: Preening and puffed-up, Vanity Fair’s George Osborne (Charlie Rowe, left) is an arrogant snob who struggles to love anyone but himself and adores putting other people in their place. But does his cruel treatment of the lovely Amelia Sedley make him as toxic as the villainous George Warleggan (Jack Farthing, right) in Poldark?

Ms Hughes defended the scene, saying: ‘I felt very strongly we should keep it in. That’s how things were. That’s how people spoke and thought. We get very interested in costume drama in what people wore and how they danced so why wouldn’t we be interested in what they thought?’

Here is your – spoiler-free – guide to the hotly anticipated series, which starts next month – and how it will measure up to the smouldering passion and moody melodrama of Poldark… 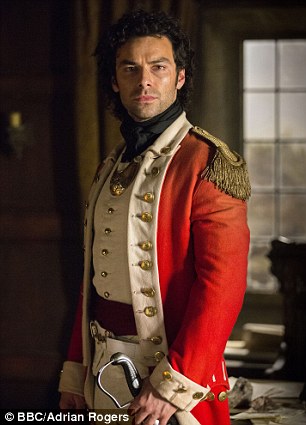 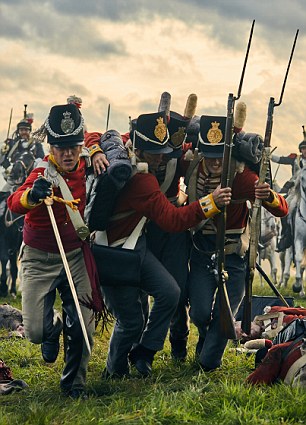 Oh those uniforms! Yes, it’s a bloodbath, but in Vanity Fair the Battle of Waterloo (right) gives viewers another chance to admire British Army uniforms. Captain Ross (Aidan Turner, left) also cut a dash when he returned to Cornwall after fighting abroad in Poldark. 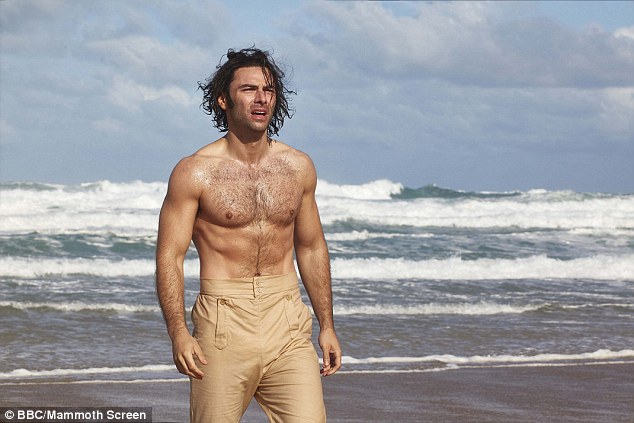 But will they still be topless? Surely Ross’s bare torso in Poldark will muscle to the top