According to reports, the musician, 27, will go nude on screen to play gay officer Tom Burgess – who is married to school teacher Marion (Emma Corrin), but has a secret affair with museum curator Patrick Hazelwood for years.

An insider said: ‘Harry will be having sex on screen and they want it to look as real as possible. The plan is to shoot two romps between Harry and David, then another scene where Harry is naked on his own.’ 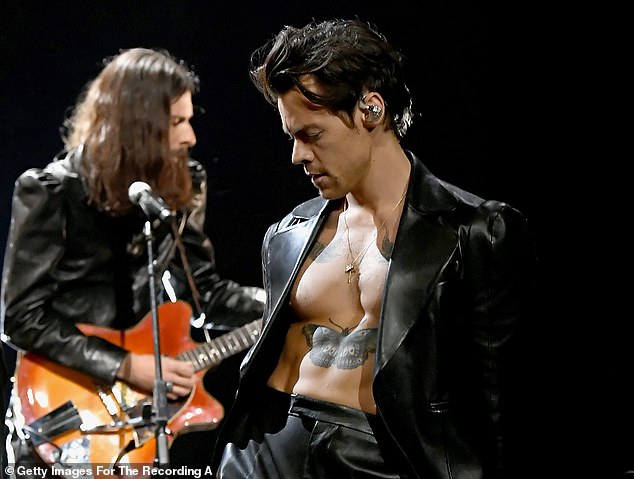 Production on the film has kicked off in Brighton, and it is currently unclear when the film will be released.

A source added to The Sun: ‘Not much is going to be left to the imagination. Harry is throwing himself into this new role and is really excited about the challenge, even though it’s a daunting task.

‘He always wants to do things that people wouldn’t expect and challenge what people think about him — and this film will really do that.’

A spokesperson for Harry declined to comment when approached by MailOnline. MailOnline has also contacted a representative for David. 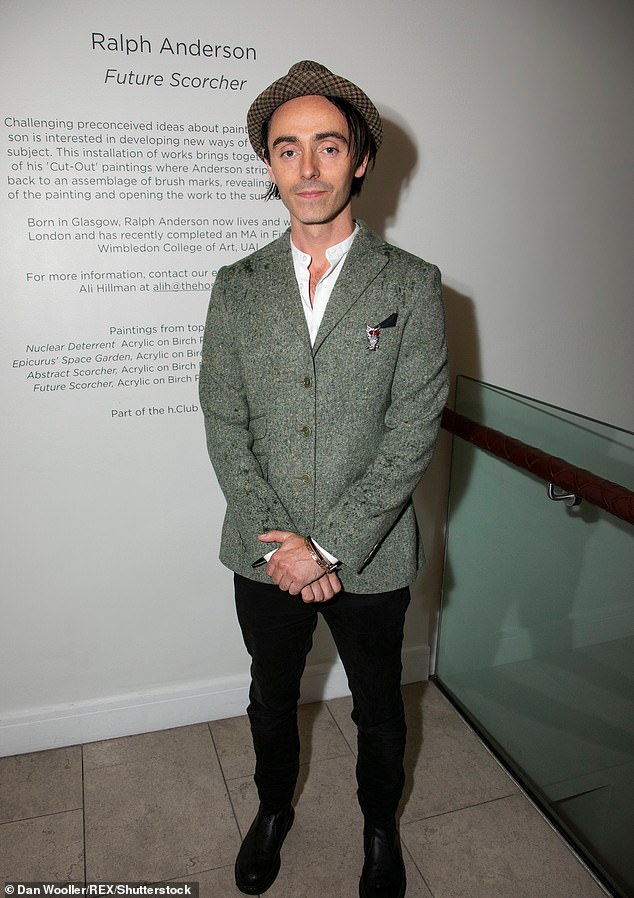 Portrayal: According to reports, the musician, 27, will go nude as gay officer Tom – who is married but has a secret affair with museum curator Patrick (David pictured in 2018) 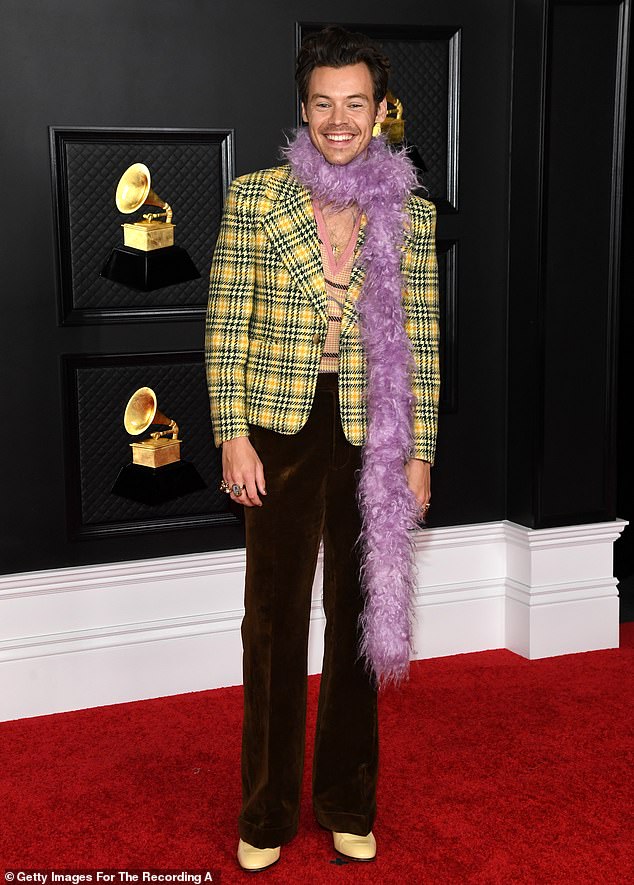 They’ve started: Production on the film has kicked off in Brighton, and it is currently unclear when the film will be released (pictured last month)

Baz Bamigboye revealed in The Daily Mail last month that The Last Kingdom star, 38, will portray the lover of Harry’s character.

Rupert Everett will appear as the older version of Patrick in the film, while the former One Direction artist will be replaced by Linus Roache.

Set in Brighton in the late 1957 the film, which is based on Bethan Roberts’ novel, focuses on police officer Tom, who is gay but chooses to marry Marion due to social expectations in the era. 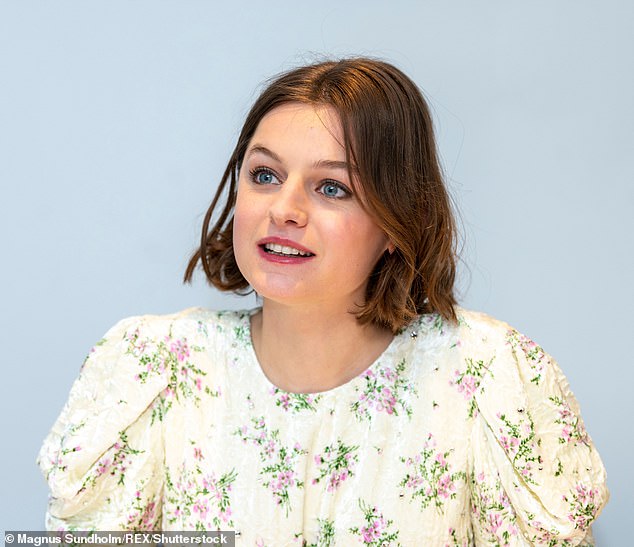 Awkward! The wife of Harry’s character – played by The Crown’s Emma Corrin (pictured last year) – decides to take drastic action during a time when homosexuality was illegal

Despite this, Tom embarks on an affair with Patrick after the latter falls in love at first sight when they meet at Brighton Museum years later.

His spouse becomes jealous when she discovers their passionate relationship, and decides to take drastic action during a time when homosexuality was illegal.

The 2012 novel explores the sexual mores of the 1950s and the criminalisation of homosexuality.

The Amazon Studios production is set to be directed by Michael Grandage, and it will shoot from April 12 on locations in London and the South-East coast, while the more intimate moments will be filmed at one of the big film studios. 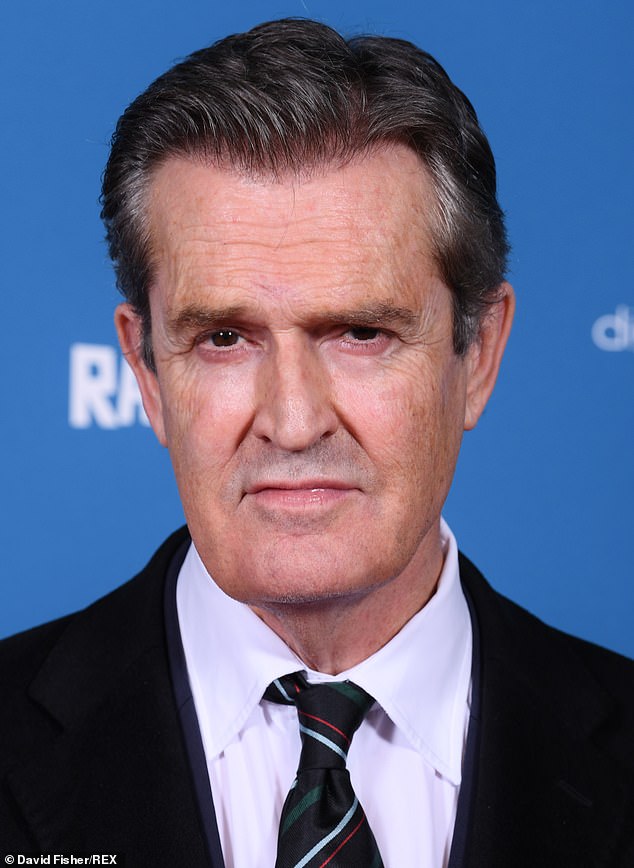 The film will be adapted by Oscar-nominee Ron Nyswaner, and Amazon will be working with Berlanti Schechter Productions.

Harry is currently in a relationship with American actress Olivia Wilde, 37, and has previously dated celebrities such as Kendall Jenner, 25, Taylor Swift, 31, and Kiko Mizuhara, 30.

The hunk previously insisted he is not using ‘sexual ambiguity to try and be more interesting’ but demands fans respect his refusal to discuss his sexuality.

Speaking to The Guardian’s Weekend Magazine, the hitmaker revealed that while he doesn’t mind being asked about his sexuality, he has no plans to definitively provide an answer.

He explained: ‘What I would say, about the whole being-asked-about-my-sexuality thing – this is a job where you might get asked. And to complain about it, to say you hate it, and still do the job, that’s just silly.

‘You respect that someone’s gonna ask. And you hope that they respect they might not get an answer.

‘It’s not like I’m sitting on an answer, and protecting it, and holding it back. It’s not a case of: I’m not telling you cos I don’t want to tell you. It’s not: ooh this is mine and it’s not yours. It’s: who cares? Does that make sense? It’s just: who cares?’ 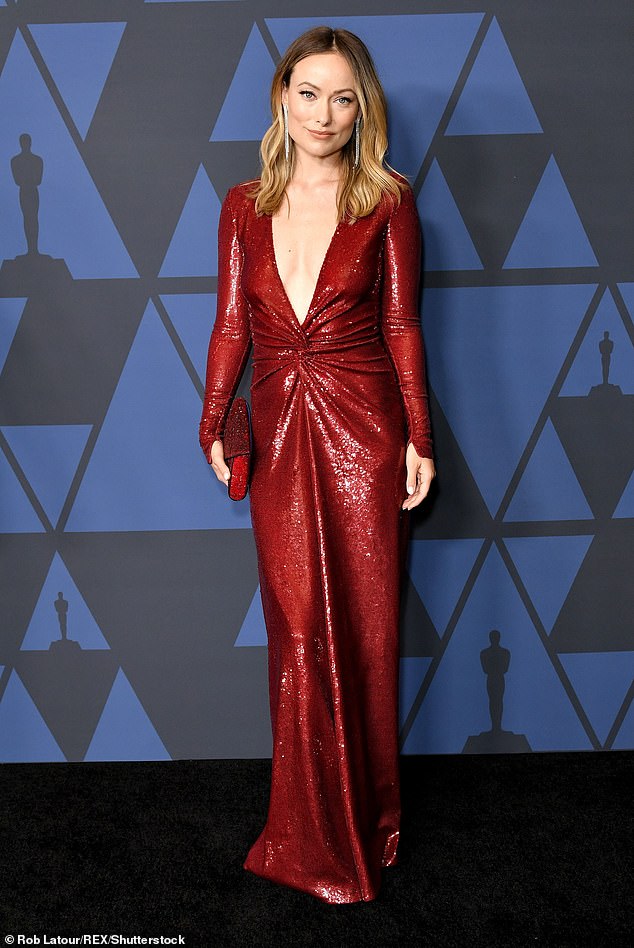 His leading lady: The former One Direction star is currently in a relationship with American actress Olivia Wilde (pictured in 2019)