My selfie with chillaxing Dave! Hen party revellers discuss ‘hot topics’ and pose for a photo with former PM Cameron after spotting him at his favourite festival

As Theresa May races to secure a Brexit deal with the EU, her predecessor doesn’t seem to have a care in the world.

David Cameron was seen living it up at the weekend with a gaggle of glamorous blondes on a hen party at the Wilderness Festival near his country home.

‘David decided to join the hens,’ one revealed online next to a selfie the former Conservative PM took, surrounded by four young women wearing short pink skirts and vest tops. Cameron, 51, is a regular at the Oxfordshire event and was snapped last year clutching a glass of wine in one hand and a cigarette in the other, ambushed by a lady in a sequinned coat bearing a large heart with the name ‘Corbyn’.

If he tired of revelling with the hens, Cameron could have enjoyed the music at the festival with McMafia star James Norton, who was pictured, above, with his arms around Broadchurch actress Olivia Colman, right, and Prince Harry’s ex Cressida Bonas. 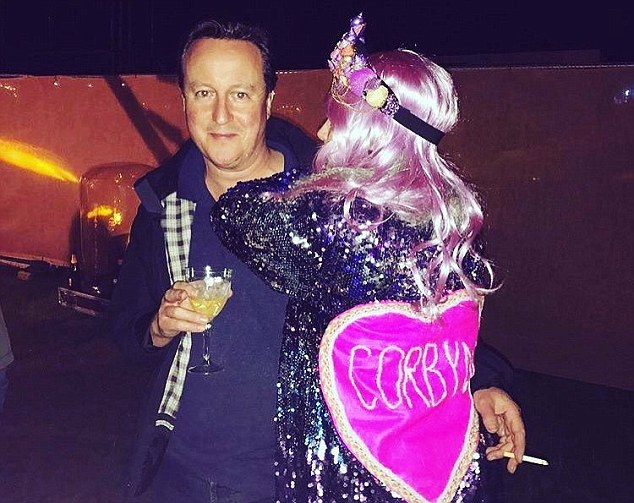 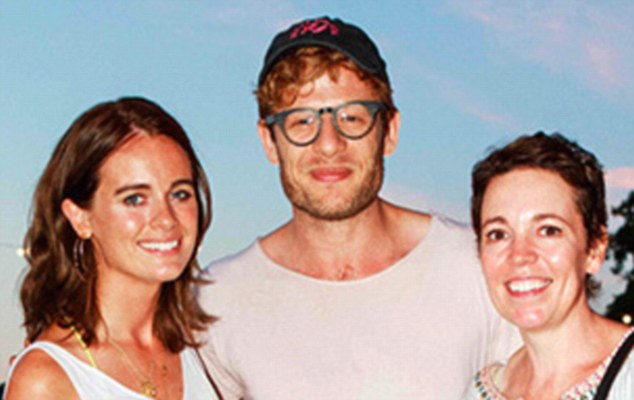 It’s a good job Sir Simon Rattle packed his baton during a holiday in the Swiss Alps.

The London Symphony Orchestra director was prevailed upon to guide the Verbier Festival Orchestra through Beethoven’s Fifth when conductor Ivan Fischer fell ill.

‘The last thing I expected to find myself doing this summer was to be conducting Beethoven halfway up a mountain,’ says Sir Simon. Talk about a busman’s holiday…

The Oscar-winner has reunited with Sir Bryn Terfel, her former Sweeney Todd co-star, to record a duet of Do You Love Me?, from Fiddler On The Roof, for his new album, Dreams And Songs.

Sir Bryn says: ‘She came to the recording at Abbey Road the day after it was announced she was being made a Dame, so of course the champagne corks should have been popping — but there was work to be done.’

TV star Kirstie Allsopp confesses she has piled back on much of the two stone she lost two years ago by following the Amelia Freer no-sugar diet.

The Location, Location, Location presenter, 46, says: ‘Over the next three or four months, I’d like to lose a stone-and-a-half. I had a lot of dresses taken in, and then I put one on yesterday and it was like, ‘Ooh, tight’.’ The no-sugar diet requires 25 per cent protein and 75 per cent greens per meal.

But Kirstie has been interpreting this in a somewhat creative way, especially when she’s on the road while filming.

‘A lot of restaurants and pubs don’t have a big selection of green stuff. Sometimes I have to order three side salads for a main course and a Ploughman’s lunch on the side.’