How Tom Hanks and Rita Wilson may have exposed Australia’s media to COVID-19: Chilling graphic shows the spread of coronavirus throughout the industry as TV and radio stars await their results

The Hollywood couple tested positive on March 12 after meeting several celebrities on the east coast, and the virus has since spread across the industry.

As a result, the country’s major broadcasters are taking drastic steps to protect staff. 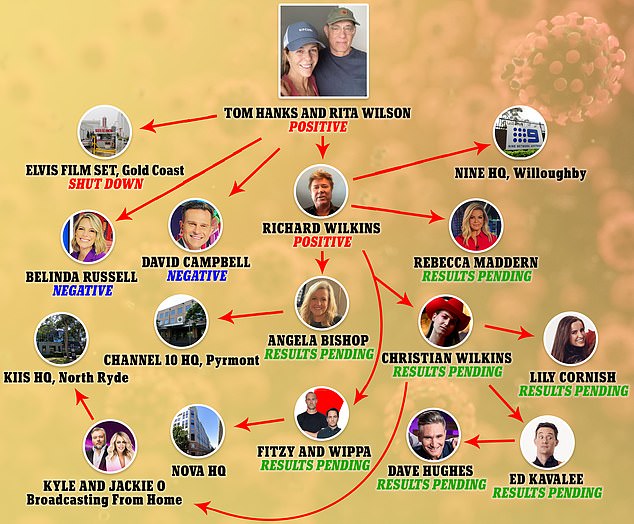 The cast and crew of the Warner Bros. production, including director Baz Luhrmann, are self-isolating for 14 days.

Baz tweeted on Saturday: ‘Really must send a big thank you to the doctors and medical experts from Queensland Health.’ 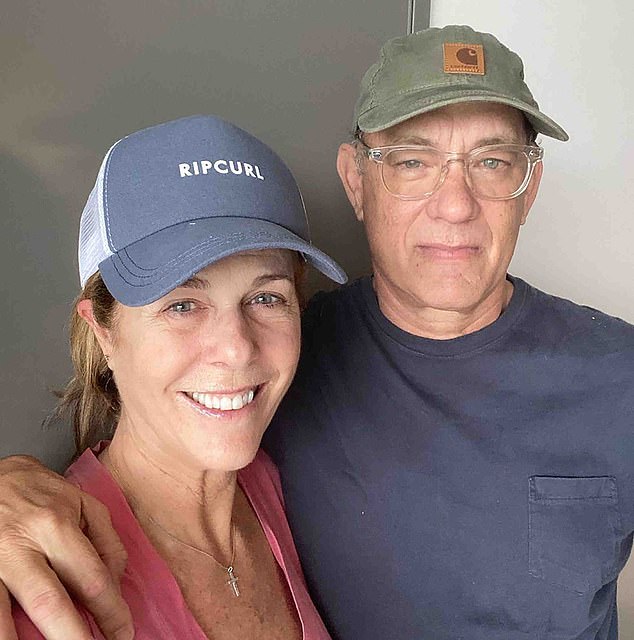 SHUT DOWN: The Gold Coast movie set of Tom Hanks’ upcoming Elvis Presley biopic was shut down last week following his diagnosis. Pictured: Tom and Rita in lockdown last week. They have since been released from hospital and are now self-quarantining in a rented home

Rita Wilson performed at the Sydney Opera House on March 7, five days before her diagnosis.

She briefly met Weekend Today host Richard Wilkins backstage at the concert. He later shared a photo of the pair to Instagram.

Richard tested positive for COVID-19 on March 15, despite having no symptoms. 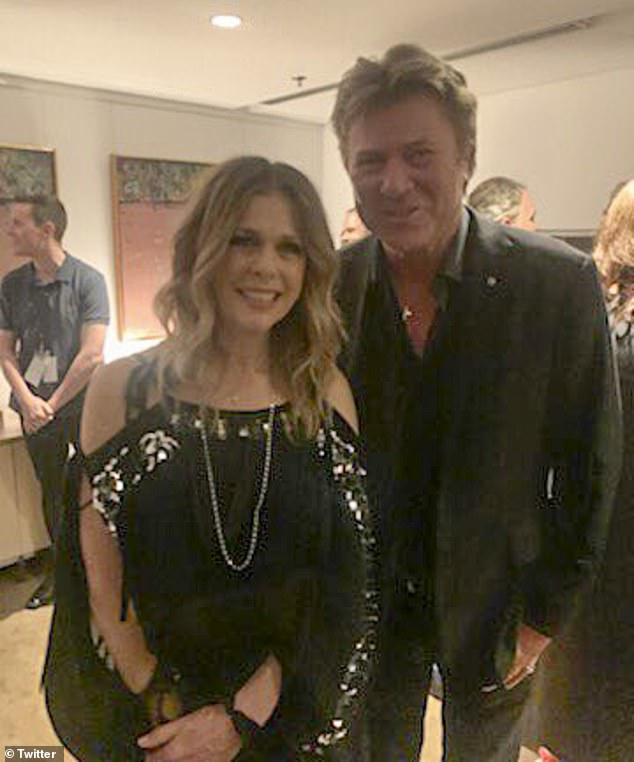 Rita visited Channel Nine’s Willoughby headquarters on Monday, March 9. She was a guest on Today Extra and also performed live in the studio.

Today Extra hosts David Campbell and Belinda Russell went into self-isolation and were tested for coronavirus in the wake of Rita’s diagnosis.

Their results came back negative and they returned to work on Tuesday.

A Nine spokesperson said last week that the building was being cleaned thoroughly in all areas Rita had visited ‘as a precautionary measure’.

Tracy Grimshaw, 59, was also pulled from A Current Affair on Thursday after it was revealed Rita had used her dressing room during her visit.

Network bosses made the decision because Tracy had recently undergone surgery. 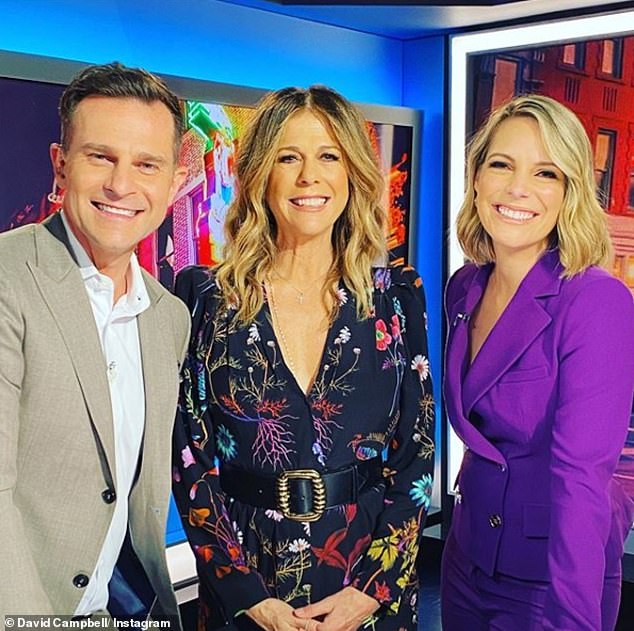 On Sunday, March 15, Richard revealed he had tested positive for COVID-19 despite having no symptoms.

In the eight days since meeting Rita at the Opera House, he could have potentially exposed dozens of colleagues to the virus.

On Monday, his Weekend Today co-host Rebecca Maddern went into self-isolation and was tested for coronavirus. She is still awaiting the results.

Rebecca has been temporarily replaced as a commentator on Australian Ninja Warrior by retired AFL star Shane Crawford. 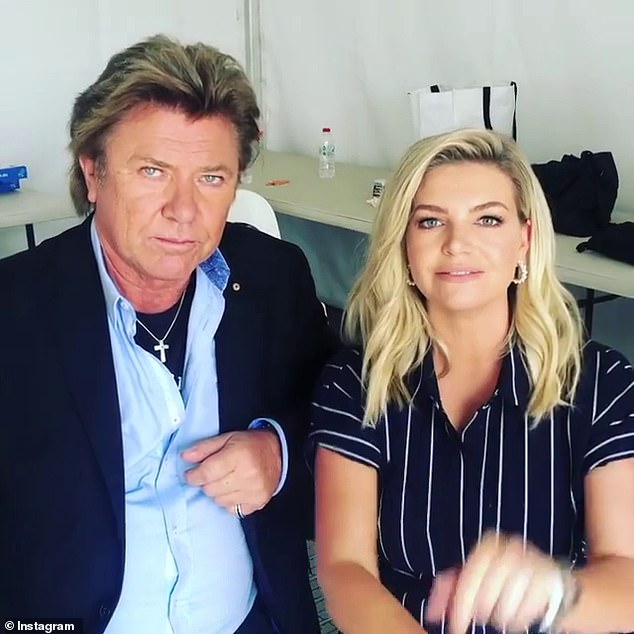 Richard fears he may have passed coronavirus on to his son Christian.

Christian is competing on Dancing with the Stars with professional dancer Lily Cornish. The pair are now in self-isolation awaiting their COVID-19 test results.

If Christian and Lily test positive, DWTS will likely be taken off the air this Sunday as a health and safety precaution. 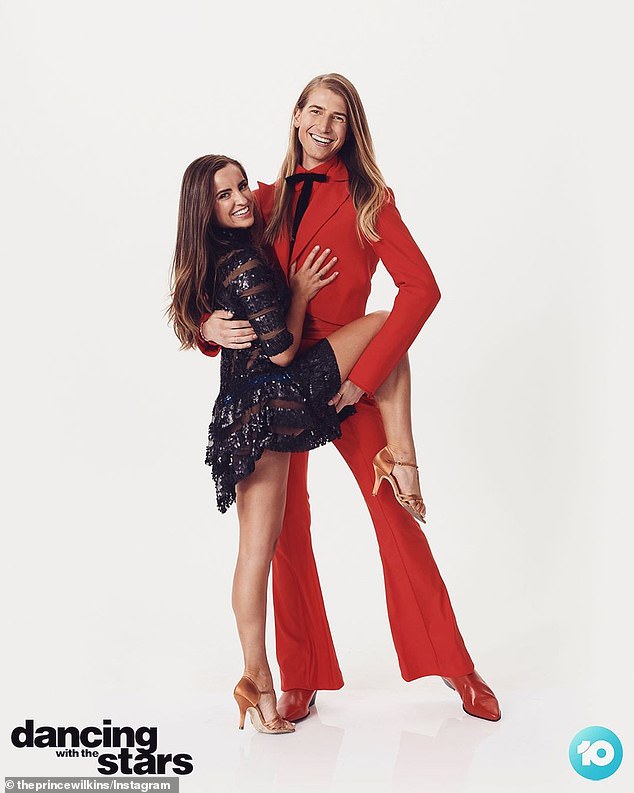 CHANNEL 10: Richard may have passed COVID-19 on to his son Christian (right), who is competing on Dancing with the Stars with Lily Cornish (left). Christian and Lily are both in self-isolation and awaiting their test results

Angela is now in self-isolation awaiting her test results. If she does test positive, she may have already passed on the virus to her colleagues.

Staff at Channel 10’s Pyrmont headquarters are believed to be working from home. 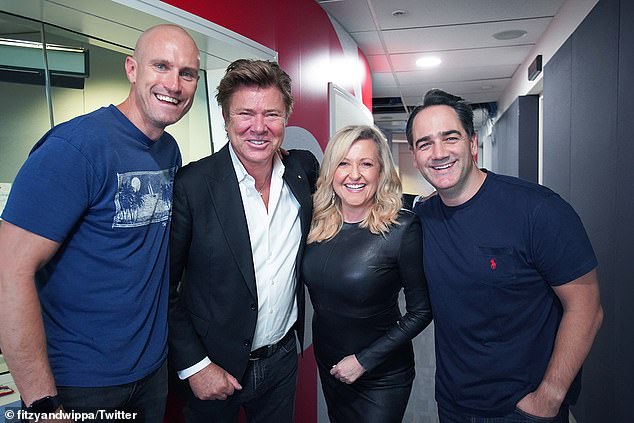 CHANNEL 10: Studio 10’s Angela Bishop (centre right) is also in self-isolation awaiting her test results after coming into contact with Richard last week. Pictured on March 12 with radio hosts Ryan ‘Fitzy’ Fitzgerald and Michael ‘Wippa’ Wipfli, who have also been tested for COVID-19

Although she recently stepped down after 18 years, she may still be in contact with the news team in Launceston.

It’s also unclear if she has been in contact with Lily lately, as DWTS is filmed in Melbourne.

The Hit Network presenters Ed Kavalee and Dave Hughes are broadcasting from home this week.

This decision was based on the fact Ed had shared a dressing room with Christian on DWTS over the weekend.

Ed could have given the virus to Dave as they typically broadcast from the same studio. 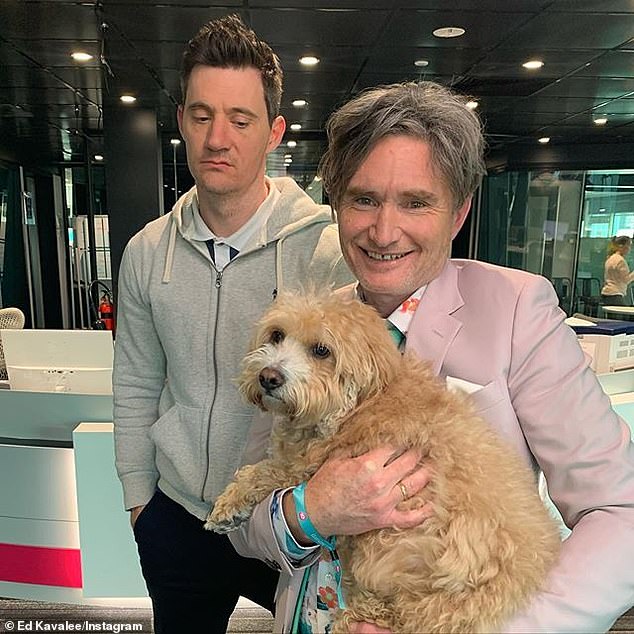 HIT NETWORK: Radio presenters Ed Kavalee and Dave Hughes are broadcasting from home this week because Ed had shared a dressing room with Christian Wilkins on DWTS on Sunday

Richard Wilkins believes he may have spread COVID-19 around Nova’s studios, after appearing on breakfast show Fitzy & Wippa on Thursday, March 12.

They are now in self-isolation awaiting their test results.

They came into contact with Christian last week and are now in self-isolation as they await the results of his coronavirus test.

Meanwhile, only a handful of essential staff members went into work on Tuesday.

Likewise, Amanda Keller, who hosts DWTS and anchors the breakfast show on WSFM, is self-isolating at home while awaiting Christian’s results. 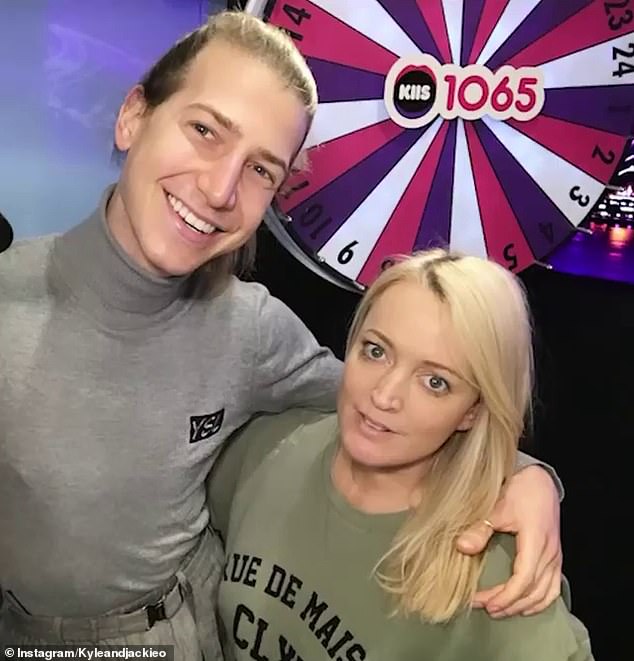