Crystal, 34, was pictured on vacation in with Nathan, 32, an LA-based spaceship engineer, as they relaxed at the five-star Casa de Mita hotel in Punta de Mita, Mexico on Monday.

The former Playboy Playmate – who was married to Hugh from December 31, 2012, until his death aged 91 on September 27, 2017 – looked stunning in a yellow bikini as she packed on the PDA with her younger beau. 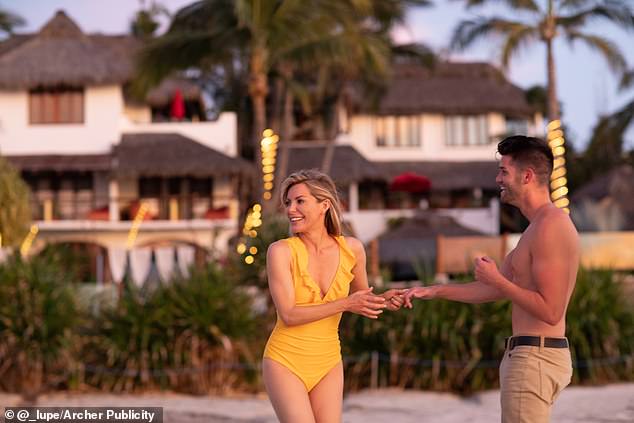 She couldn’t keep her hands off her shirtless new man, who showed off his slim physique as he quite literally swept Crystal off her feet while at the beach.

The loved-up pair were seen kissing one another as they strolled along by the ocean, went for dinner, and took a boat out sailing, while seemingly on cloud nine with one another.

Nathan is an engineer who builds spaceships and has led a team of specialists who successfully launched Elon Musk’s SpaceX Dragon in March this year. 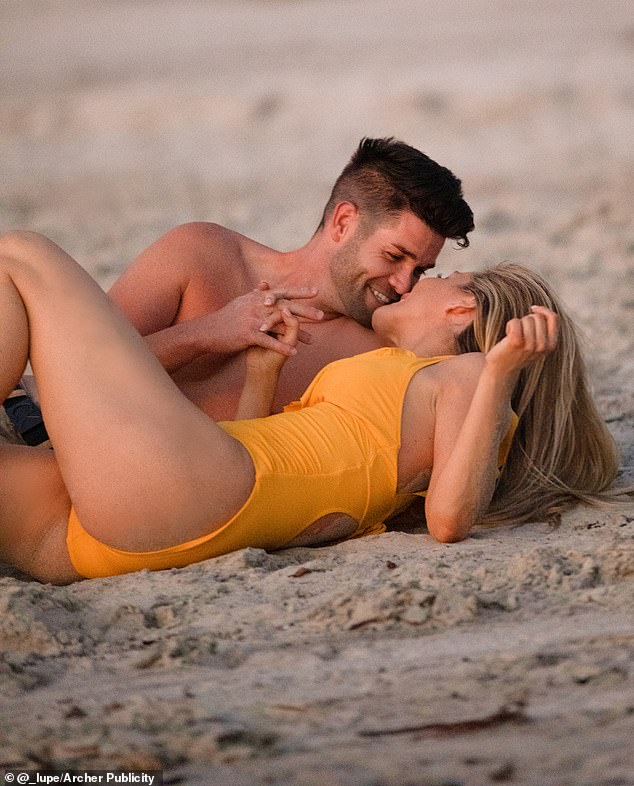 PDA: The loved-up pair were seen kissing and rolling about together on the beach 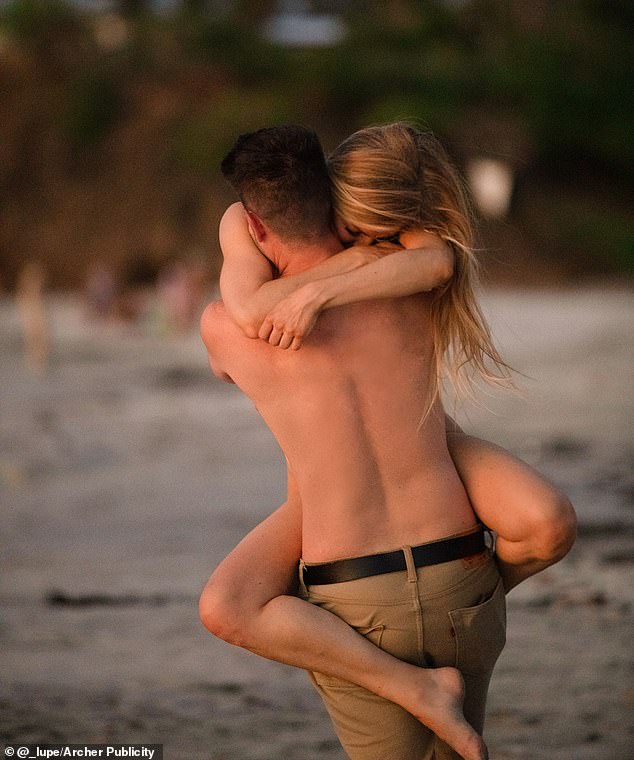 Romance: It seems Crystal’s spaceship engineer boyfriend has quite literally swept her off her feet 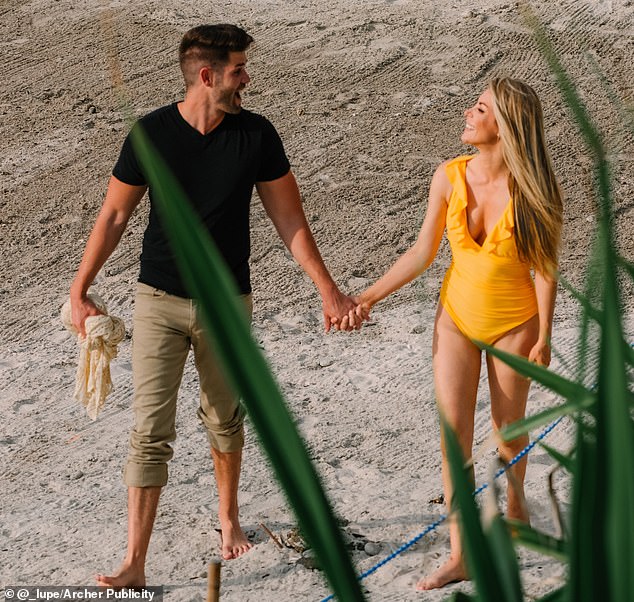 A walk to remember: Crystal and Nathan appeared animated as they took a stroll together 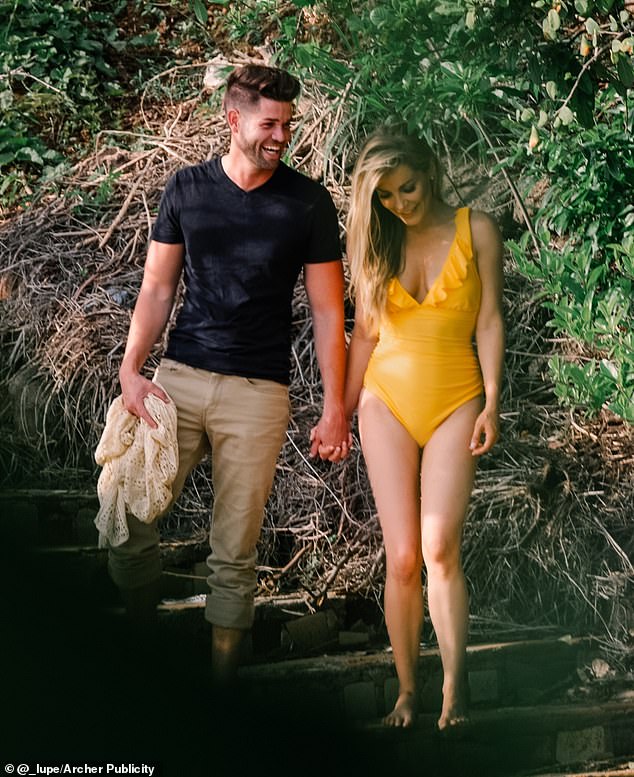 According to a source close to the happy couple, the pair have been dating ‘around four months’ and it’s getting serious.

‘He’s smart, caring, and makes her feel secure,’ says a close friend of Crystal’s. ‘He’s very kind and gentle with her. There are so many things to like about him. She is the happiest she’s been in years.’

The insider adds that Nathan won her over by ‘taking her out flying on their first date. He flies planes and wants to be an astronaut.’ 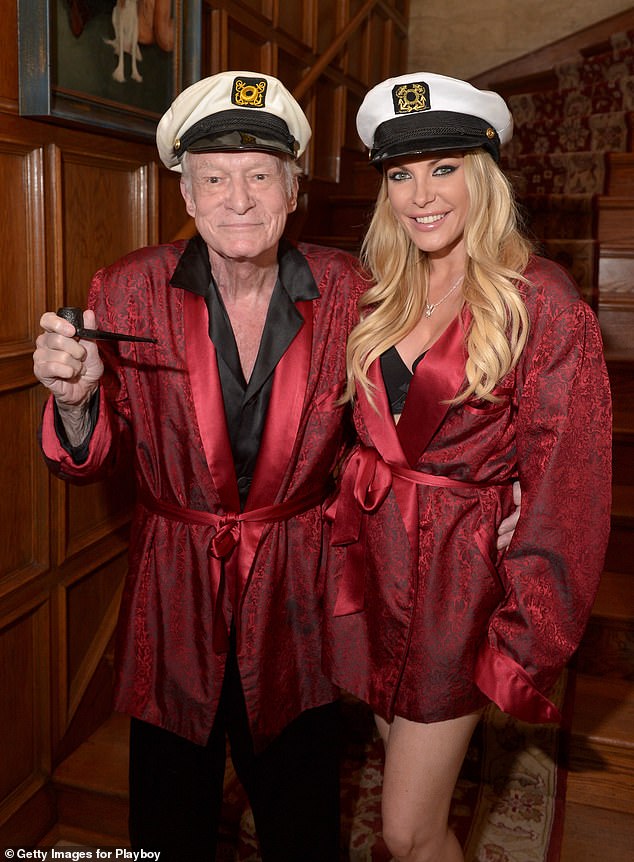 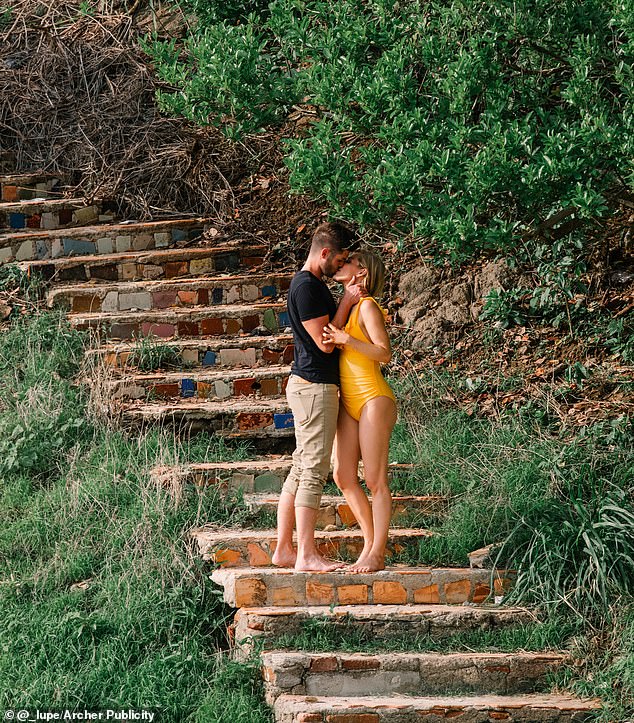 Romantic getaway: The pair are said to be vacationing in Mexico with friends 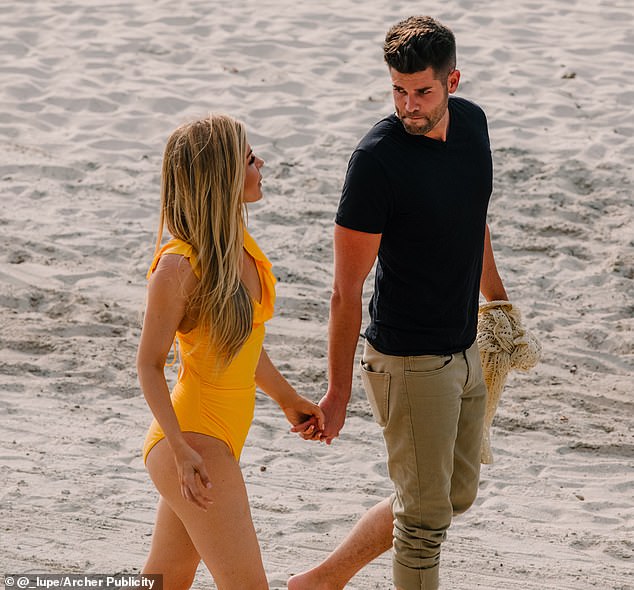 Intimate: The new couple stayed close to one another at all times during the trip 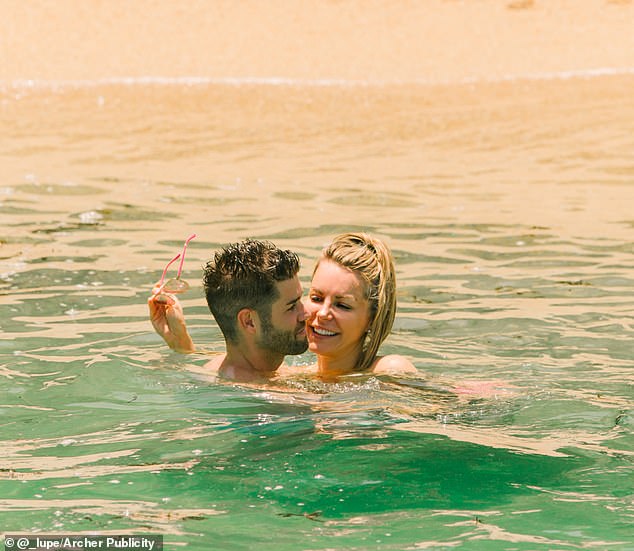 Taking a dip: The pair enjoyed a swim after a walk around the grounds of the hotel 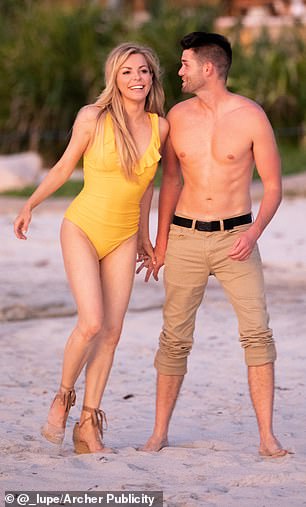 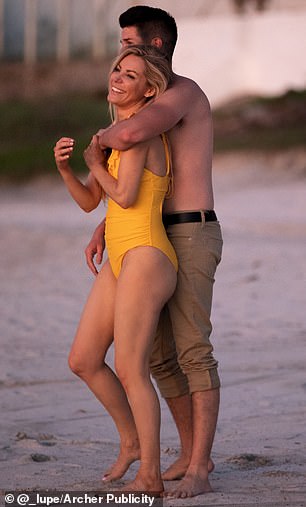 Hold tight! The pair have been dating for the past four months and still appear to be in the honeymood period

‘It’s been hard for her to find someone who measures up to the legend of Hugh Hefner, and this guy seems to be it,’ the source also explains. ‘He’s an amazing guy and all her friends adore him.’

Crystal became one of Hugh’s girlfriends in 2009, the year she turned 23, and although they initially planned on marrying in 2011, they broke up but ended up rekindling their romance, marrying on New Year’s Eve in 2012.

The model has confessed she’s adopted a more ‘down-to-earth’ lifestyle after Hugh died, trading in stilettos for sneakers and makeup for a more low-key regimen. 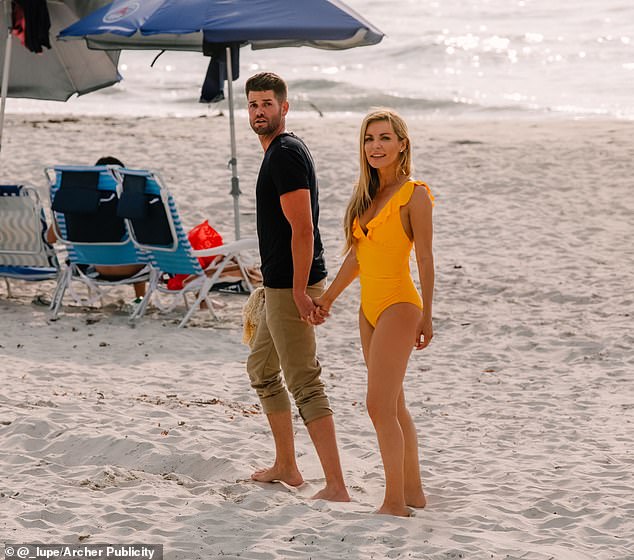 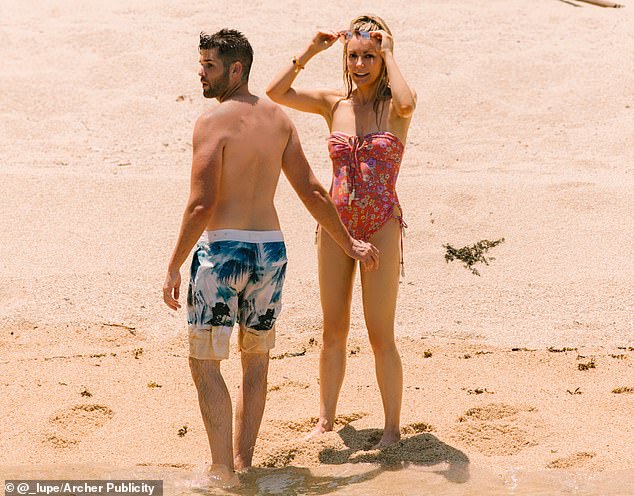 Switching things up: The pair were also seen wearing different swimwear options as they went for a swim 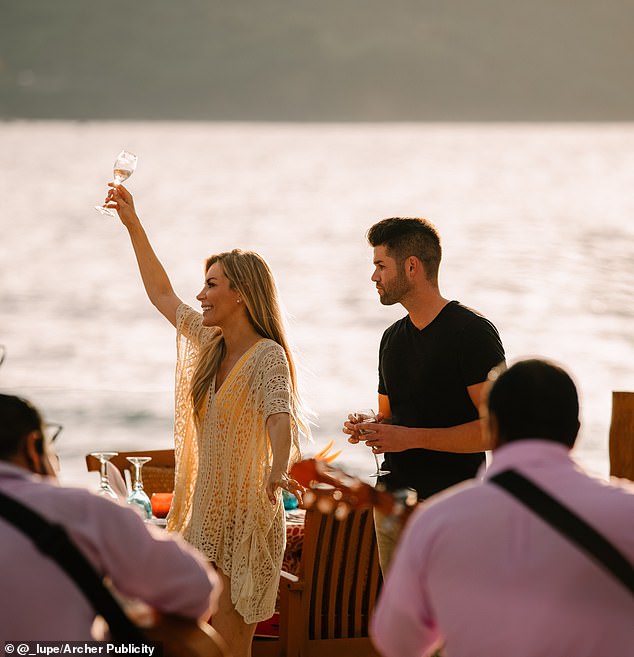 Cheers to us! The pair appeared to be celebrating their love for another at a dinner at the hotel 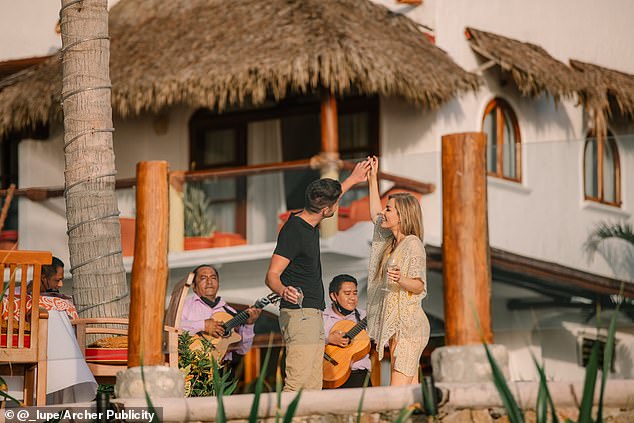 Dancing the night away: The pair indulge in some live music after dinner 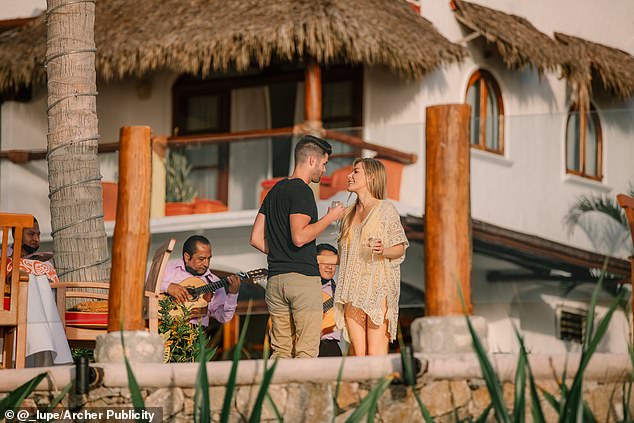 Romantic scenes: Crystal and Nathan could barely keep their hands off each other all night 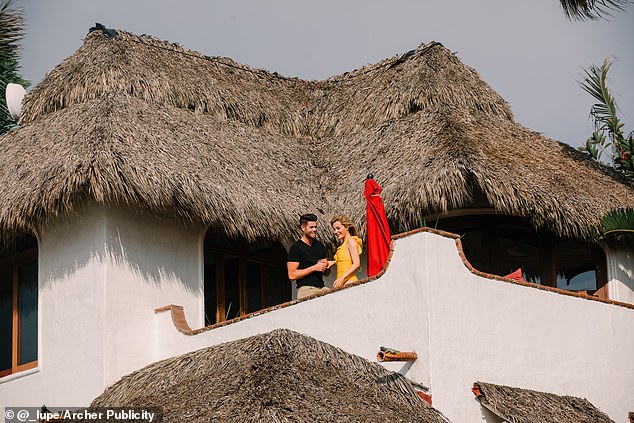 Paradise: The new couple appeared to be enjoying their stay in a luxury villa

In 2018, Crystal Harris found a buyer for the Hollywood Hills home that was left to her by the late Playboy founder for $5.5 million.

She originally listed the California pad in January for $7.2 million, just four months after her husband died.

Hugh had bought the four-bedroom home for his third wife Crystal for $5 million in 2013, when the couple were living together in the Playboy mansion. 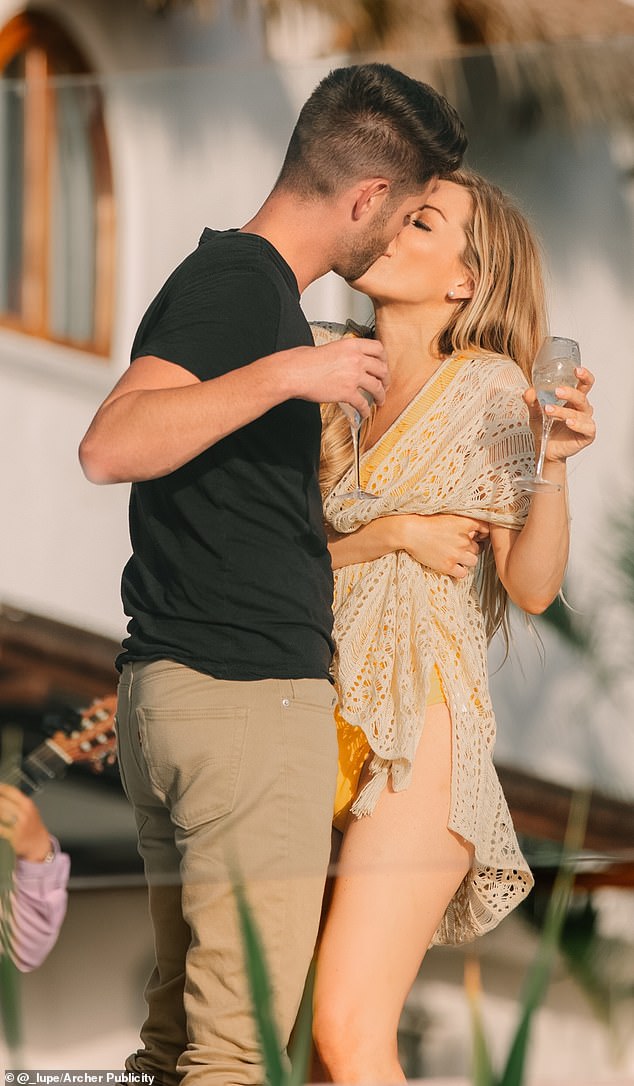 Smooch: The pair are seen kissing after having dinner outside at the hotel 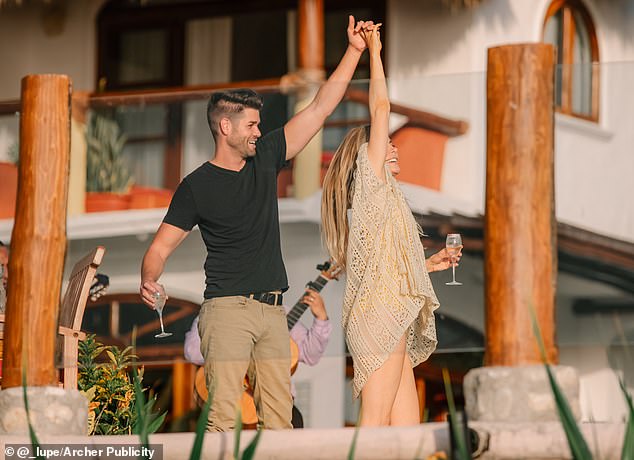 All the right moves: Nathan is said to have wooed Crystal in their new relationship 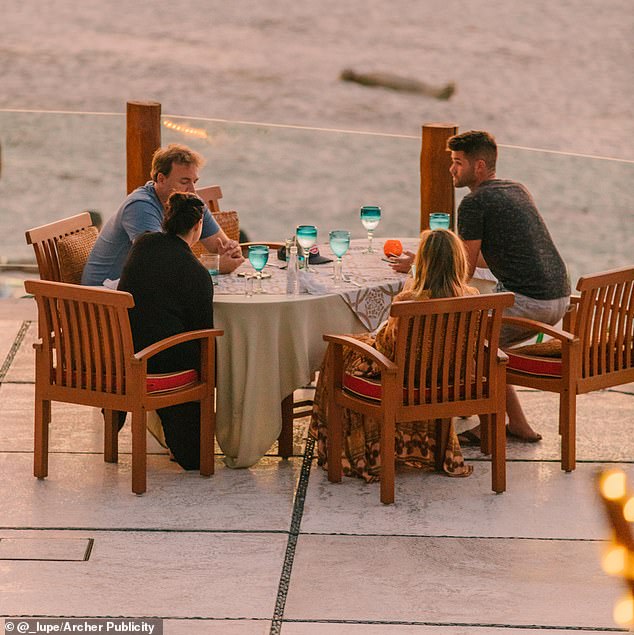 Dinner with friends: The pair were accompanied by pals as they enjoyed their break 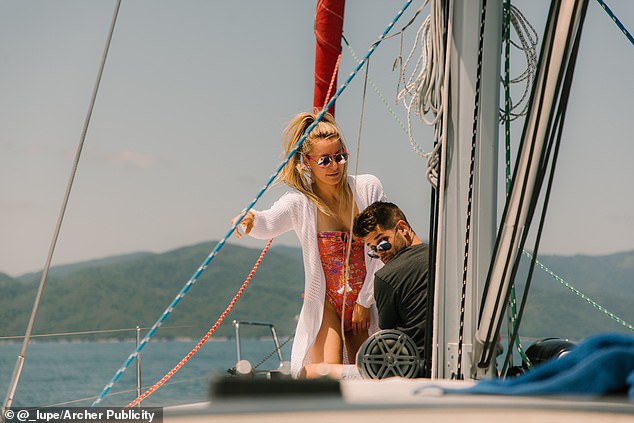 Love boat: The pair also set sail for a trip out to sea during their luxury stay