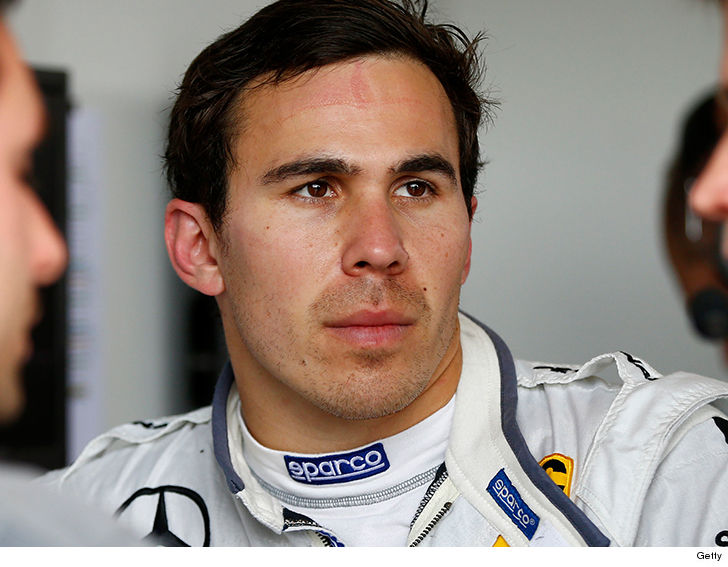 IndyCar driver Robert Wickens was just taken to a hospital by helicopter after a horrifying crash he was involved in on the track … which sent him and his vehicle spiraling.

Wickens was racing Sunday at Pocono Raceway in Pennsylvania for the ABC Supply 500 Series when he tried passing another driver, Ryan Hunter-Reay, on lap 6 … but bumped him instead, and got launched into the air and against the side fence in a terrifying collision.

According to IndyCar Series’ official Twitter account, Wickens was awake and alert as he was being transported to nearby Lehigh Valley Hospital-Cedar Crest. At least 4 other drivers involved in the wreck were reportedly being treated on the scene as well.

The rest of the race is currently delayed, but it’s expected to resume as soon as debris is cleared from the track.