He underwent emergency surgery to reset his broken nose on Saturday, weeks after he was involved in a car crash.

And, on Monday, Jack Fincham took to his Instagram Stories to unveil his bandaged nose following the operation and admitted to being in ‘blistering pain,’ but insisted he’d be back to boxing training in just two weeks.

The Love Island star, 29, also revealed that he’d removed a large portion of the bandages, which had covered the cast, saying they felt ‘too claustrophobic.’ 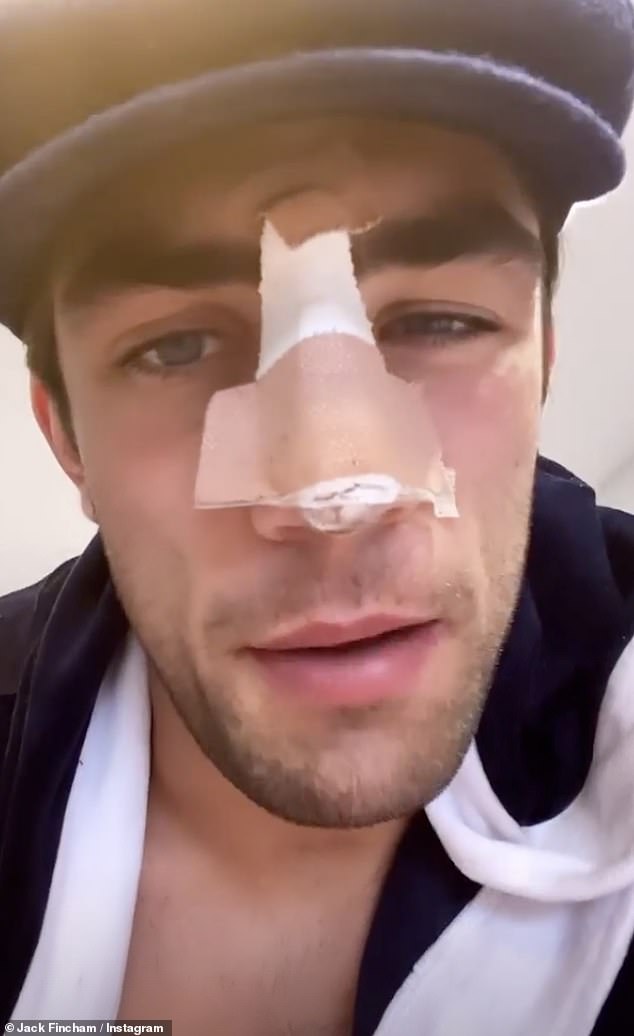 Ouch! On Monday, Jack Fincham, 29, took to Instagram to unveil his bandaged nose and admitted to being in ‘blistering pain’ following emergency surgery on his broken nose

Speaking to his fans, Jack said: ‘Look at the state of my hooter. State of that. The stuff that’s been coming out of it the past few days is unbelievable.

‘All the original stuff’s fell off [sic]. This is just the cast now. It was over here. I knew it’d come off after a couple of days.’

Later on, while lying down, Jack admitted: ‘I’m devastated I couldn’t fight on the card today. I put in so much hard work, I made the weight. 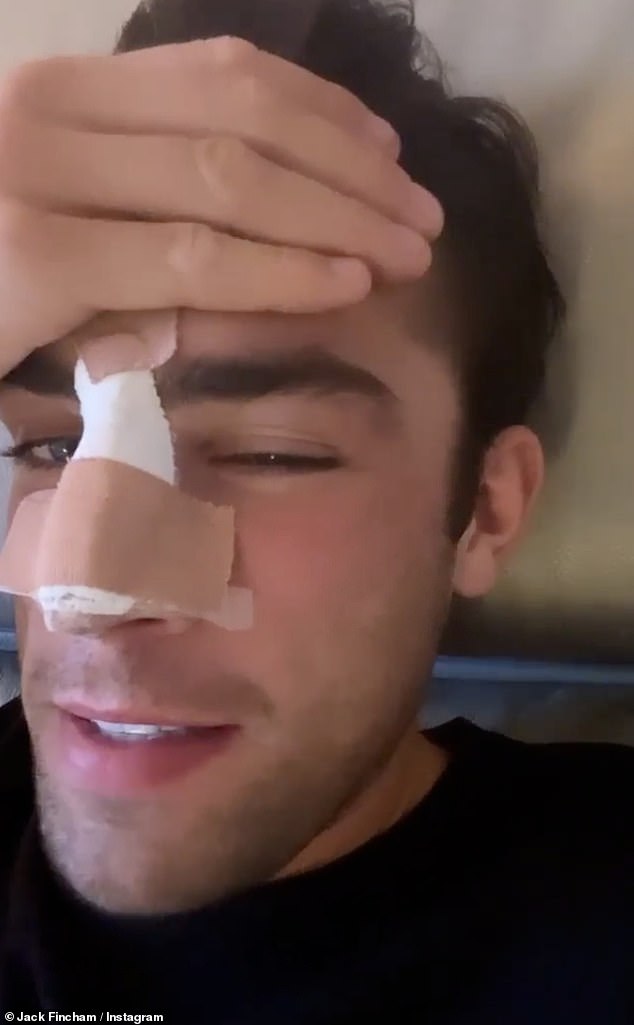 Painful! The Love Island star, also revealed that he’d removed a large portion of the bandages, which had covered the cast, saying they felt ‘too claustrophobic’ 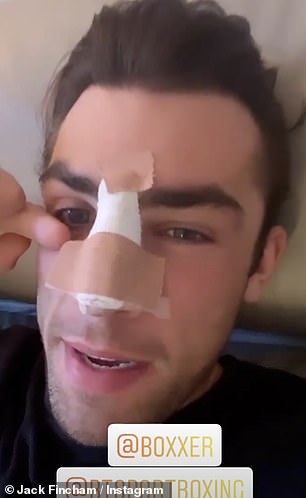 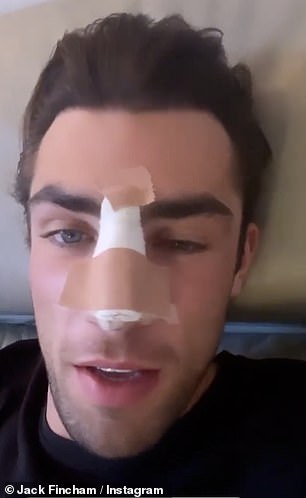 Really? He insisted he’d be back to boxing training in just two weeks, despite having just undergone emergency surgery to reset his broken nose 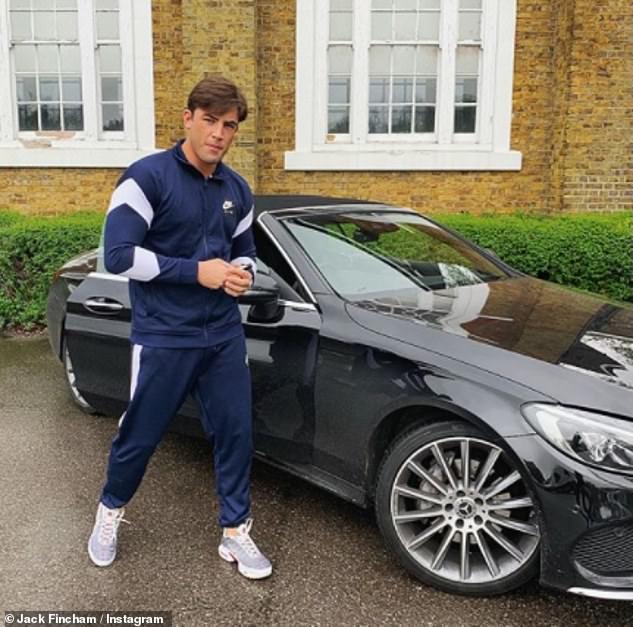 Scary: The Love Islander was involved in a collision with his new £35k Mercedes at the end of last month and said on Instagram on Friday, he was unable to breathe through his nose

‘But, my nose is in blistering pain today. I had to take off the big bandages, I felt too claustrophobic

Jack broke his nose in a nasty car crash, when the star was involved in a collision with his new £35k Mercedes at the end of last month.

The Love Islander said on Instagram on Friday he was unable to breathe through his nose due to the injury.

Jack admitted he was ‘devastated’ because the set back meant he will be unable to fight in his new show Boxxer on November 10, after spending months training and losing a considerable amount of weight. 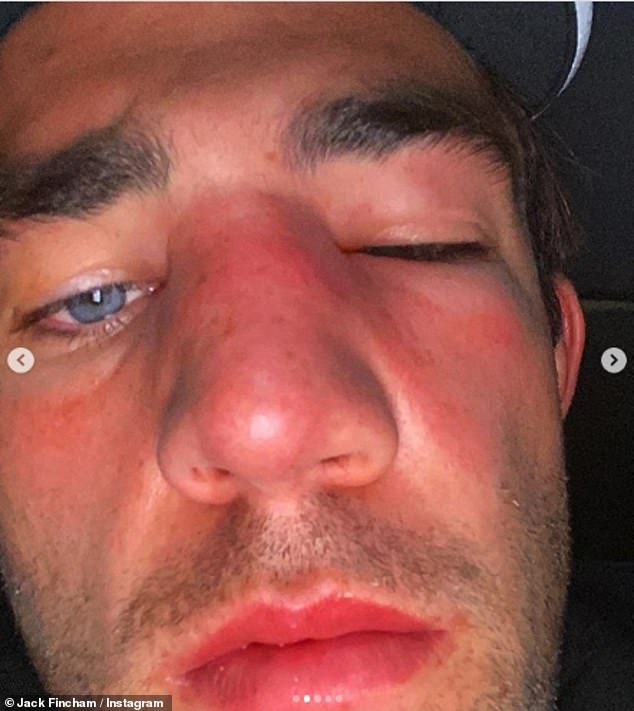 Injured: Jack recently revealed he would have to undergo emergency surgery after breaking his nose in a nasty car crash

Sharing a picture of bloody injury with one eye swollen shut, Jack wrote: ‘Well, the news is out – I’m not going to be able to fight at @Boxxer #TuesdayNightFightNight on @BT Sport / #ITV4 next week. I broke my nose badly in a recent car crash, can’t breathe through it – I’m going in for surgery tomorrow morning.

‘I’m gutted no in fact DEVASTATED because of the hard work I’ve put in and I want to say sorry to everyone who was looking forward to it. I want to thank my team, trainers and sponsors and I want to thank all of you for your support – I see it all and it means the world to me. 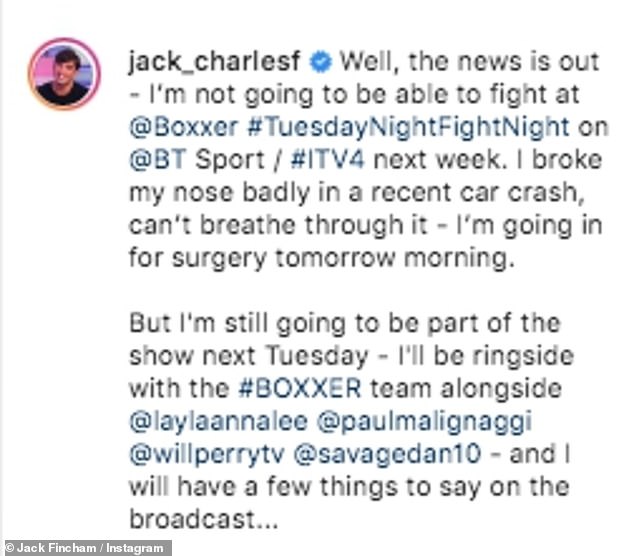 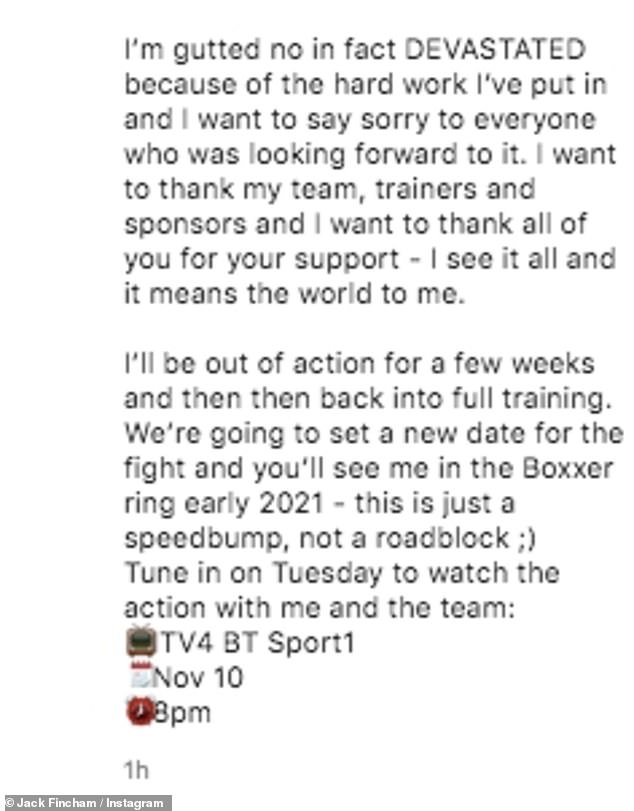 Gutted: Jack admitted he was ‘devastated’ because the set back means he was unable to fight in his new show Boxxer, after spending months training

‘I’ll be out of action for a few weeks and then then back into full training. We’re going to set a new date for the fight and you’ll see me in the Boxxer ring early 2021 – this is just a speedbump, not a roadblock ;)’.

Jack later told fans on his Instagram Stories: ‘I’ve got to get my septum done and my nose re-broken so I can breathe through it properly.

‘I’m looking at this as a minor set back and I’m going to come back stronger. I’m still a pro boxer. I might even be a middle weight when I come back. 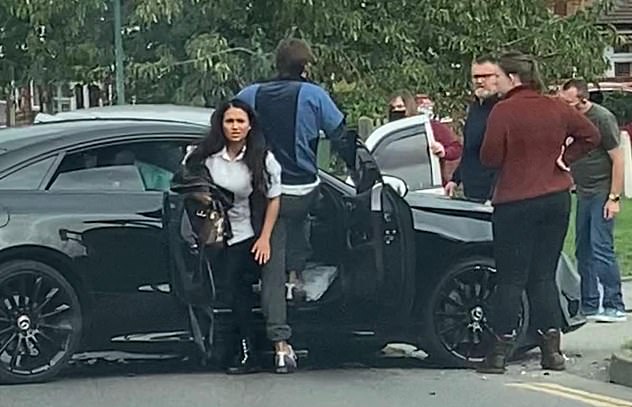 Incident: Late last month, Jack was taken to hospital following the car crash which damaged his £35K Mercedes E200 outside a pub in Dartford (Jack, pictured in the blue jacket) 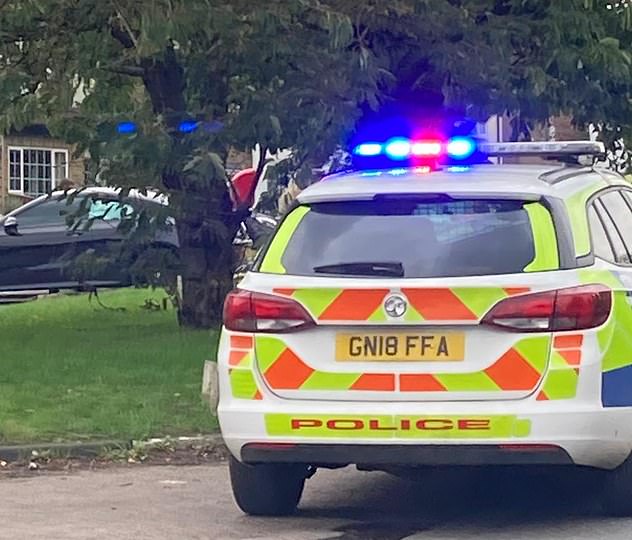 The blue line: The police were present and are believed to have breathalysed Jack at the scene following the incident which damaged his £35K Mercedes E200

Late last month, Jack was taken to hospital following the car crash which damaged his £35K Mercedes E200 outside a pub in Dartford.

The incident – which marked his second crash in two months – has caused the boxer to trade in flashy automobiles for the silver van he drives his dogs in as he claimed he’s had ‘bad luck with cars since I was 19’.

Jack previously told The Sun: ‘My nose and head are really hurting as well as my neck. I’m going to the physio to have a look at it. 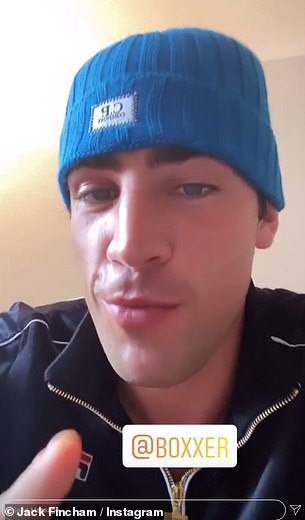 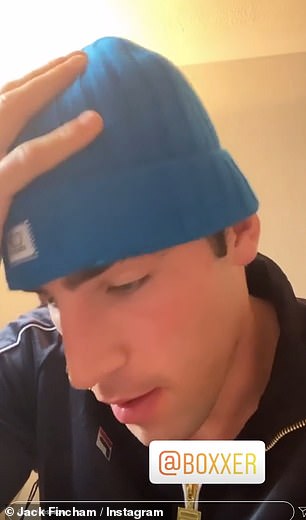 Ouch: Jack later told fans on his Instagram Stories: ‘I’ve got to get my septum done and my nose re-broken so I can breathe through it properly’

‘Unfortunately I was in a car accident. It’s all being dealt with. The airbag popped out straight in my face and unfortunately for me it was a lot harder than Barney’s punch to the nose. I literally just got that car, I’m absolutely devastated.

‘It just seems to be something that happens to me. I’m actually proper upset about it. When things are going really well for me, the universe goes: have that. It’s only a bit of metal isn’t it, at the end of the day?’

The TV star first addressed the crash on Instagram, where he said: ‘The day I’ve had… pulling into a car park to have something to eat, a Caesar salad in case anyone is interested… a car ploughed straight into my car as I indicated to go in there.’

Moments after the crash, Jack’s ex-girlfriend Connie O’Hara climbed across to leave by the driver side door. 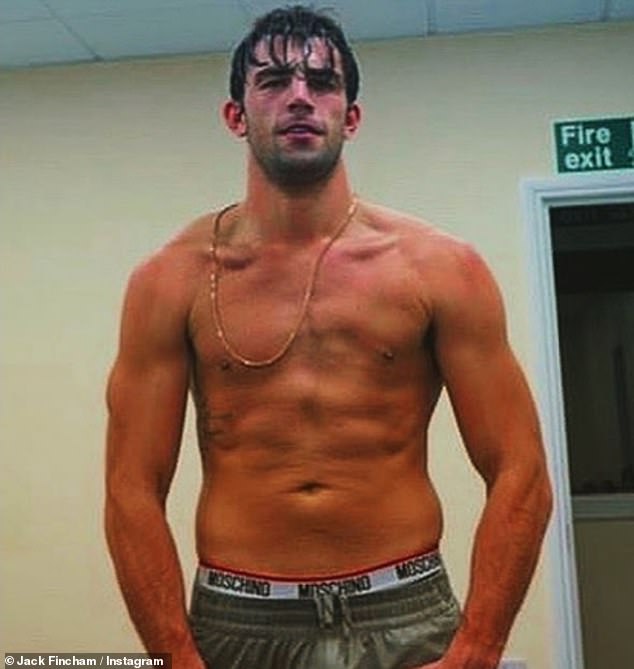 Dedicated: Jack had spent the past few months training for the show and lost a considerable amount of weight 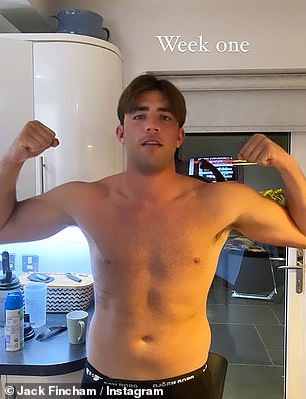 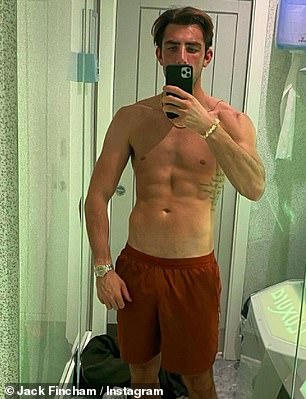 Transformation: Jack documented his weight loss with comparison snaps from where he was at at the start of his training (left) 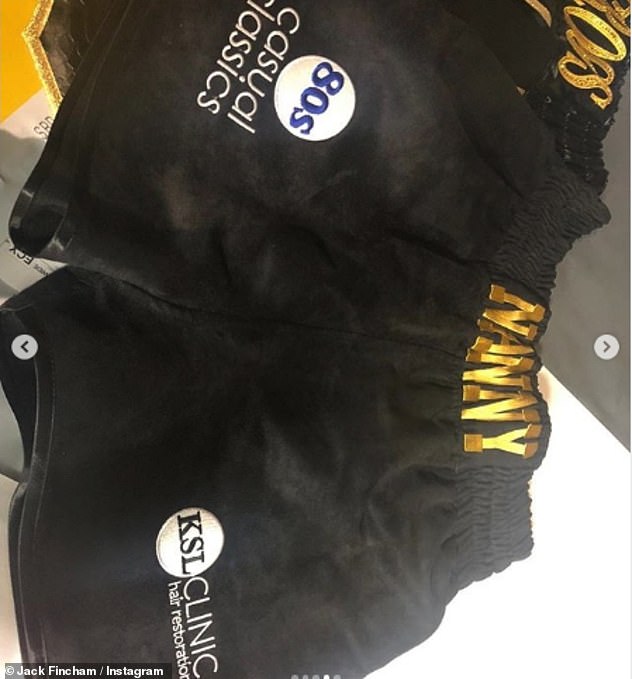 Positive thoughts: Sharing a snap of his boxing shorts, Jack vowed to come back stronger

Around 20 minutes later, police arrived, shortly followed by paramedics who treated the driver of the other vehicle, a Chrysler PT Cruiser at the scene.

He was spoken to by police as his vehicle was taken away in a tow truck. The Sun report that Jack was breathalysed at the scene and passed the test.

Traffic in the area came to a standstill for almost two hours as police dealt with the incident.

‘Officers and South East Coast Ambulance Service attended the scene where a person was treated for injuries before being taken to a local hospital.’ 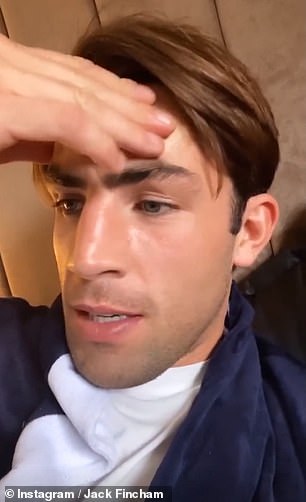 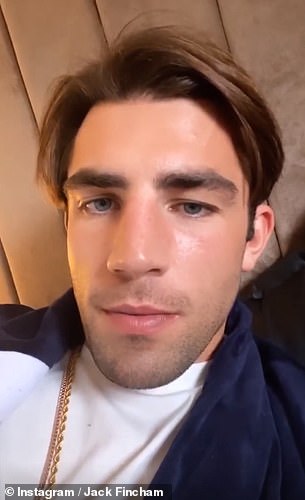 Awful: Late last month, Jack was taken to hospital following the car crash which damaged his £35K Mercedes E200 outside a pub in Dartford

In August, Jack caused damage to a friend’s vehicle after crashing into their parked car when he was thrown out and banned from his local pub.

The former pen salesman was asked to leave the Bull’s Head in Chislehurst before hitting the Mercedes GLA that was stationary on the road outside.

A spokesman for Jack said at the time: ‘We can confirm Jack was in a small car collision at his local pub after he wasn’t allowed entry as he had not reserved a table in accordance with Covid regulations.

‘The car that Jack had an incident with had no one in it while it was parked, however Jack is friends with the owner.

‘The Met Police have dropped the incident as Jack and the car owner are resolving the small damage caused to the car between themselves directly.’ 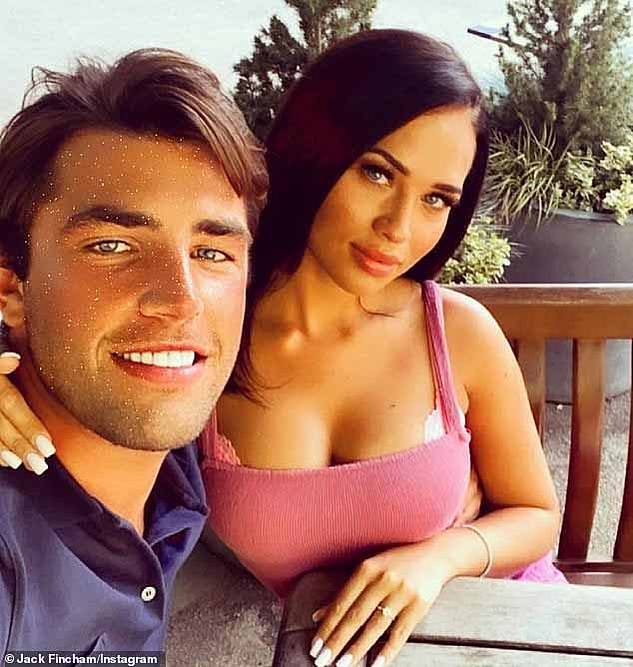 It’s all over: It was recently revealed by MailOnline that Jack had split from girlfriend Connie after a two-month romance