Jacqueline Jossa has hit out at claims she walked out on her husband Dan Osborne after he sent ‘flirty messages’ to Gabby Allen.

The Sun has claimed that 28-year-old Dan contacted his former Celebrity Big Brother co-star Gabby, 26, in April, but she didn’t respond — months after the pair vehemently denied claims that they’d had an illicit tryst.

However, a representative for the 27-year-old actress told MailOnline: ‘To suggest Jacqueline and Dan have argued over messages is totally false.’ 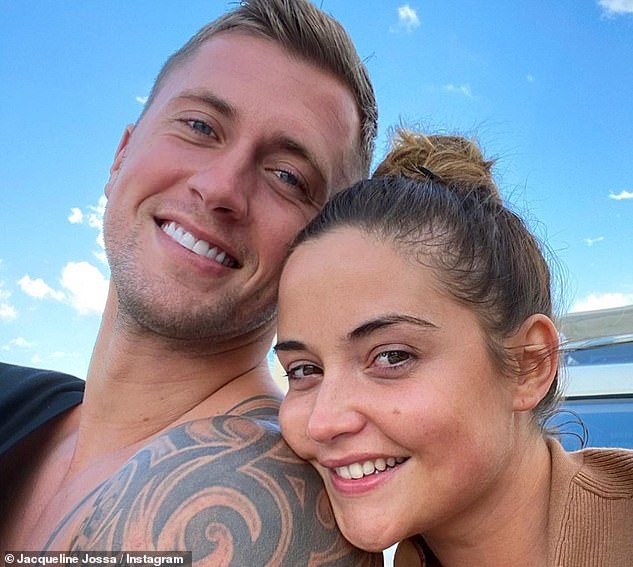 Striking back: Jacqueline Jossa has hit out at claims she walked out on her husband Dan Osborne after he sent ‘flirty messages’ to Gabby Allen

A source told The Sun: ‘[Gabby] swears blind nothing ever, ever happened — and is furious about being dragged into his mess yet again. They last texted shortly before Dan went to Australia to support Jac in the jungle.

‘But that was all platonic from Gabby’s side. He did send her a suggestive message over Instagram last month which she never responded to. Gabby has zero interest in Dan, and she wants no association with him… Dan’s intentions seem less clear.’

However, the source has claimed that Jacqueline is putting family first amid the allegations, adding: ‘Dan has begged for one final chance, and of course she wants to fight for her marriage for the sake of their kids.’ 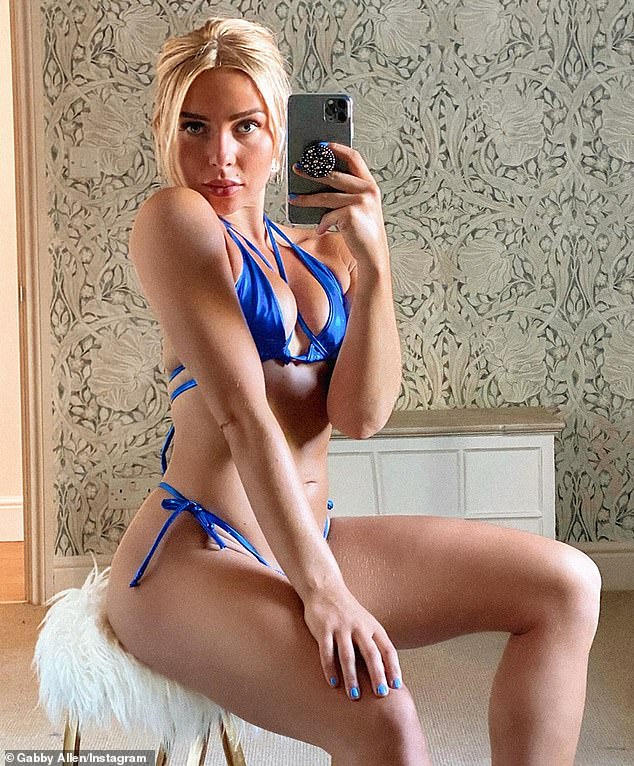 Message: The Sun has claimed that 28-year-old Dan contacted his former Celebrity Big Brother co-star Gabby Allen, 26, in April, but she didn’t respond

MailOnline has contacted representatives for Dan Osborne and Gabby Allen for further comment.

It previously emerged that Gabby’s ex, Myles Stephenson, had told his I’m A Celebrity… Get Me Out Of Here! co-star Jacqueline in December about Gabby and Dan’s purported ‘affair’, after she grilled him for information in the Australian jungle.

Rumours first began swirling Gabby and Dan were having an affair in April 2018, after they were pictured looking cosy on a yacht together in Marbella.

But Gabby has since claimed her ex-boyfriend is a ‘compulsive liar’ and has rubbished any allegations her and Dan were more than friends. 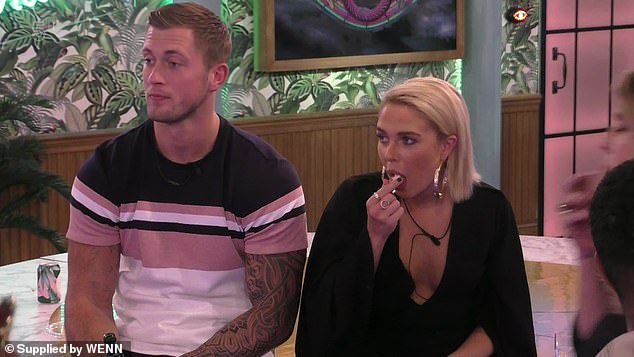 Old co-stars: The reality TV personalities were co-stars on Celebrity Big Brother back in 2018 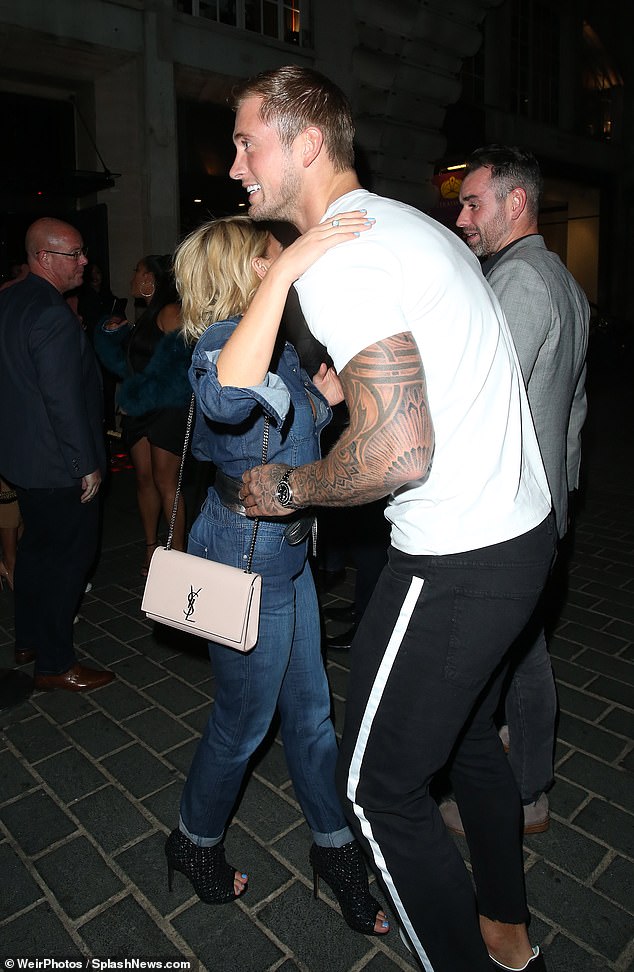 We like to party: Following their stint on the show, they were seen partying with their co-stars – they have both denied anything ever happened between them

She revealed at the time of the initial allegations in April 2018, Jacqueline messaged her to ask if there was anything she would like to tell her.

I’m A Celebrity bosses allowed Jacqueline to contact Gabby again by voicemail in December in order to try and clear up any doubts she had after Myles’ claims.

Jacqueline, who shares daughters Ella, five, and Mia, 23 months with Dan, is reported to have given her husband a ‘last chance ultimatum’ as they work on their turbulent relationship.

The former EastEnders actress has reportedly moved back into her family home on a part-time basis after claiming that she needed a break last week. 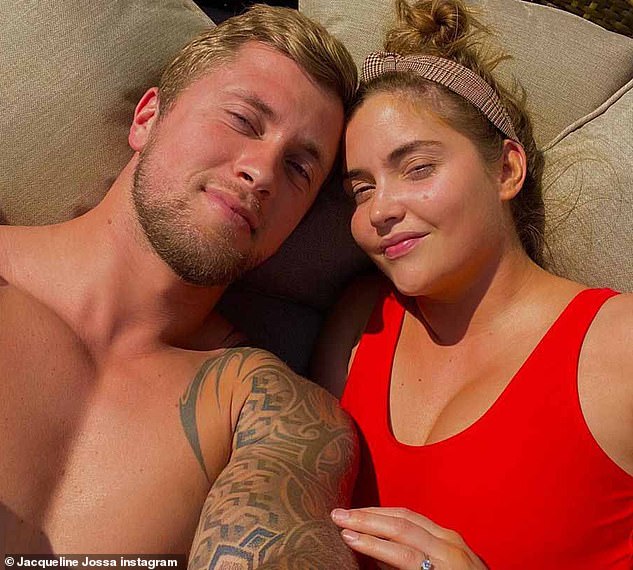 Working it out: It has been claimed that Dan ‘begged’ Jacqueline to return to their marital home after she moved out amid their marriage issues (pictured in April)

A source told The Sun: ‘Dan insists he has done nothing wrong but Jacqueline is frustrated he can’t just focus solely on her and thinks he has been communicating with other girls.’

‘She remains suspicious as she has caught him out before and he has form for being pictured chatting to attractive female celebrities at showbiz parties when she’s been at home or working.’

The publication also alleged that while Jacqueline has returned to her marital home she issued an ‘Osborne Ultimatum’, demanding that Dan ‘stop his infatuation with glamorous female reality stars’.

It comes after the actress revealed she had returned to her marital home from her parents’ house amid her issues with Dan.

The former EastEnders star announced that she had come back to be with her kids and husband – yet will split her time between the two. 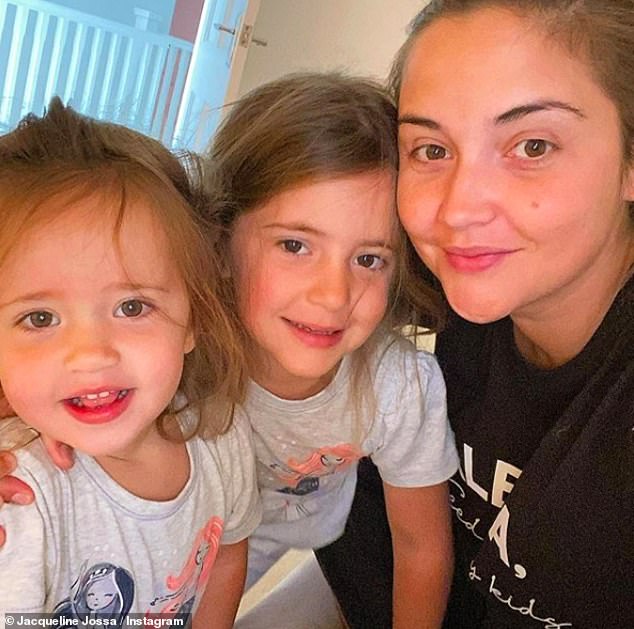 She admitted that she ‘has some stuff going on’, in the wake of news that her three-year marriage to the former TOWIE star, has been called into question amid claims of increasing domestic tension during the coronavirus lockdown.

Jacqueline said: ‘Not that it’s got anything to do with you, but was going to let you guys know I am back at home. I’m gonna be doing the pix at my mum and dad’s new place because there’s loads of new empty rooms.’

Then discussing her own house, she went on: ‘The place is a mess because I haven’t been here in a while. I am back home but I’ll be coming home because I’ve got stuff going on at the moment.’

The previous day, Jacqueline insisted her decision to move away from her husband in the midst of a global pandemic bore no reflection on the state of their relationship as she took to Instagram with a lengthy post. 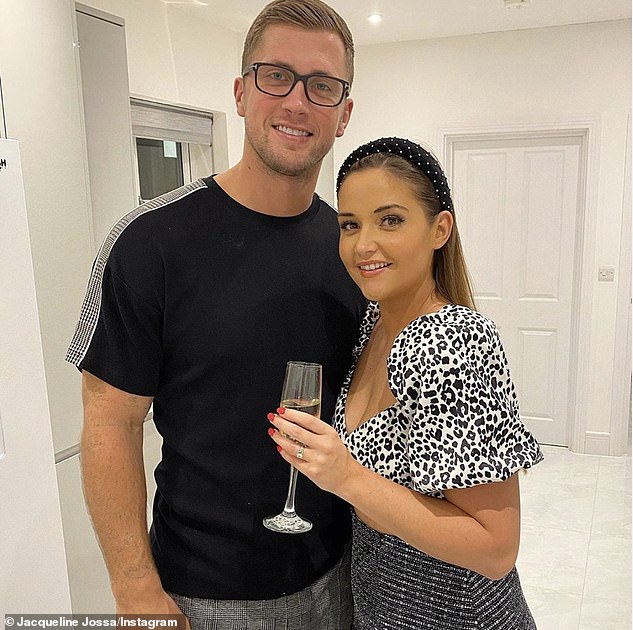 Moved back: The soap star recently revealed she had moved back into their abode part-time on Thursday amid claims they had been ‘fighting non-stop’

Taking to Instagram, she wrote: ‘Morning all. This is a message for all of the amazing supporters who always show me so much love…

‘I’ve been honest about my situation at the moment, and yes I’ve been staying at another house – a house my parents will eventually be moving into.

‘I had really been struggling (haven’t we all?) lately and as I said the other day, I’ve just needed some time and breathing space.’

She added: ‘I’m going to enjoy the sunshine with my kids. Thanks to everyone who always stands by us, and to all the hard working parents trying to get through this crazy time – and for those who just don’t get it, just Be Kind…

‘I will not be commenting any further.’ 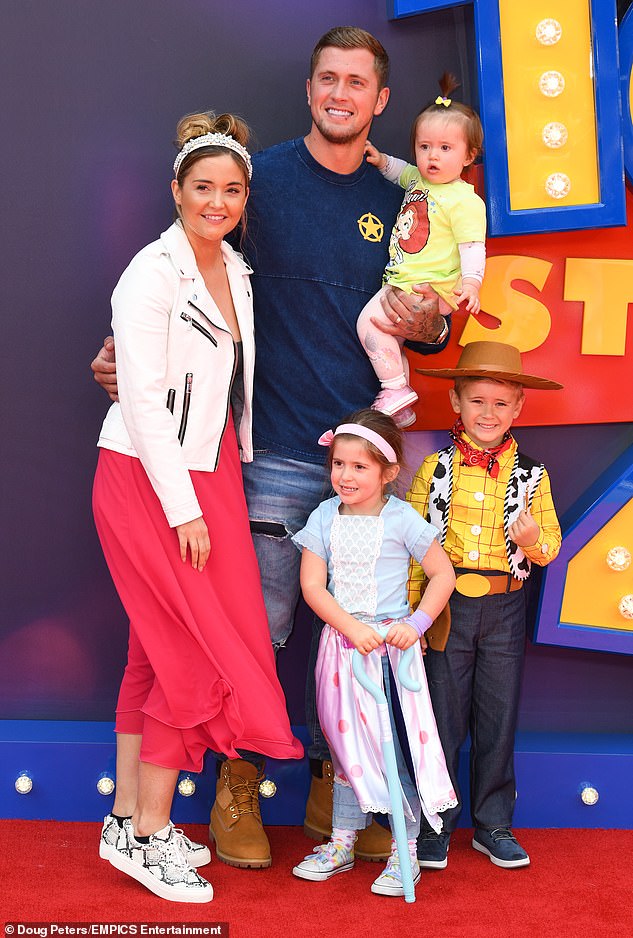 Old times: The couple have two daughters together, while Dan is also a father to son Teddy, six

2013: Jacqueline and Dan spark up a romance after meeting at an awards ceremony, while his ex Megan Tomlin is still pregnant with his son Teddy

June 2015: Dan proposes to Jacqueline on a romantic getaway to Greece

June 2017: Jacqueline and Dan tie the knot at Cheshire Manor House with many of her EastEnders co-stars in attendance

April 2018: Jacqueline and Dan briefly separate after he is accused of cheating with Love Island’s Gabby Allen, which they both deny

May 2018: The couple announce the birth of their second child Mia

March 2019: Dan is hit by claims he kissed Love Island’s Alexandra Cane in a nightclub, which both denied

December 2019: Dan apologised to Jacqueline for mistakes that ‘almost cost his marriage’ in a lengthy social media post after they reunited following her winning stint in the I’m A Celebrity jungle

January 2020: The couple’s romance seems to be back on track as they jet to Dubai for a romantic getaway

May 2020: Jacqueline announces a break from social media, days before reports she and Dan have split