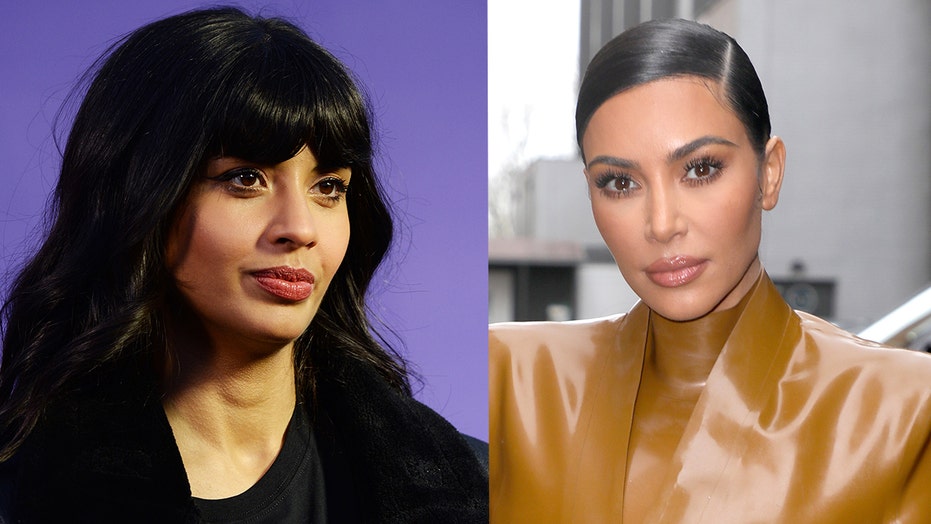 The “Good Place” star took issue with the brand as well as society, which she said “has failed us immensely” because of the focus on women’s bodies before and after pregnancy.

Kardashian, 39, announced the maternity line would hit her website this week. She received an intense amount of backlash from people who assumed the products were made to slim down pregnancy bellies. 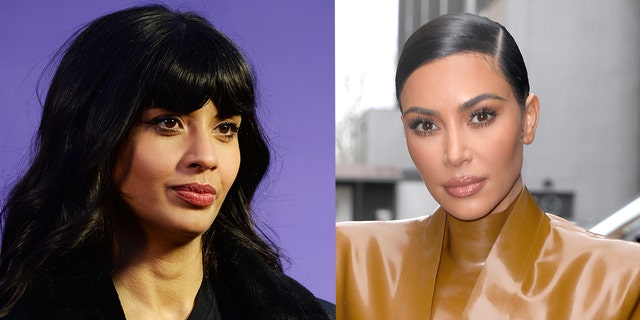 “Lot of talk on the Internet today about pregnancy shapewear. And each to their own. But from the discourse online I will say: I wish we could just Normalize just focusing on the inside of a pregnant body, not the outside,” Jamil, 34, wrote in an Instagram on Sunday.

She continued: “You don’t need your shape corrected or hidden. You don’t need an even more awkward obstacle between you and a piss. You just need to try and ride with this miracle and do your best to be as happy/comfortable as is possible within your circumstances.”

The British actress went on to say that she doesn’t blame pregnant women for feeling self-conscious.

“You are not the problem, who can blame any of us for feeling bad, our society has failed us immensely, and we as a collective need to put more energy into pushing back against this so we can just let a b—h live!” the iWeigh founder wrote.

Jamil concluded: “If I ever have a baby I’m welcoming the stretch marks, the new curves and I’m sure as s–t not gonna rush to try and snap back, I’m just gonna let my body heal from the Massive event that has occurred inside my body.”

JAMEELA JAMIL SHARES PHOTO OF HER ‘BOOB STRETCH MARKS’: ‘I HEREBY RENAME THEM ALL BABE MARKS’

She also took to Twitter writing, “It would be so cool if pregnant people could just be allowed to be pregnant and get bigger and not be self conscious, and enjoy the miracle taking place inside their body and not have to worry about feeling embarrassed/shamed that their body is changing for an amazing reason.”

On Monday, Jamil clarified that she wasn’t trying to “go after (Kardashian)/the product,” but was “only commenting on the discourse started by the controversy, people body shaming their pregnant bodies.”

"To anyone who has an issue with maternity solutionwear, and if you haven’t been pregnant before you may not know the struggle of what it’s like carrying all of this weight the way I did along with millions of strong women, @skims maternity line is not to slim but to support," Kardashian wrote on Sunday in response to the backlash.

She explained that the shapewear had a “thinner layered material” around the waist and wasn’t meant to “slim your belly” but instead meant to provide “support to help with the uncomfortable weight being carried in your stomach which affects your lower back – and the compression on the leggings helps with pain relief caused by swelling."

Jamil has previously criticized the Kardashians for their business ventures such as the promotion of weight loss products, the KKW founder’s body makeup brand, and use of filters on photos.

On Monday, she explained on Dear Media’s “The Papaya Podcast” that she’s not “saying that we should cancel the Kardashians,” but rather trying to hold them accountable for their marketing.

“With the Kardashians, in particular, look at what happened to them,” Jamil began.

The “Legendary” star continued: “I have so much empathy for what happened to them because I used to be a huge supporter of them when they would be fat-shamed relentless even during pregnancy. I’ve never seen a woman fat-shamed like Kim Kardashian in the midst of her late-term of pregnancy.”

“And so, of course, they’re going to be obsessed with their bodies and we can accept that and feel sorry for that and empathize with that,” Jamil said. “But it doesn’t mean we can enable them to recycle that culture and put it back onto young girls.”