‘They don’t deserve their right on the show!’: James Jordan hits out at the three ‘selfish’ Strictly dancers ‘who are REFUSING Covid vaccine’

James Jordan has slammed the three ‘selfish’ Strictly dancers who have reportedly refused to take the Covid vaccine and said they don’t deserve their right on the show.

The former star, who appeared on the BBC series from 2006 to 2013, hit out at the trio, who are unnamed, during a debate on Good Morning Britain on Tuesday, alongside ex Strictly dancer Kristina Rihanoff.

Sources have claimed one professional dancer has already been paired with a celebrity and it is well-known among the cast that they have refused the jab, sparking resentment behind the scenes. 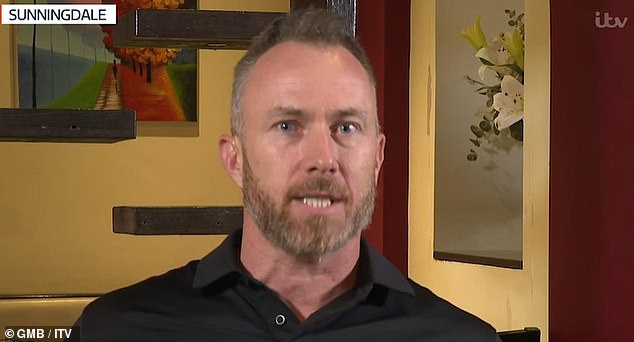 Furious: James Jordan has slammed the three Strictly dancers who have reportedly refused to take the Covid vaccine and said they don’t deserve their right on the show

The pro does not have to disclose whether they’ve been vaccinated to BBC bosses, because it is a private medical manner.

Giving his take on the situation, James, 43, said: ‘I would normally protect the professional dancers until the cows come home but on this particular occasion I can’t unfortunately.

‘I definitely believe they don’t deserve their right on the show and the celebrities have every right to refuse to dance with them. 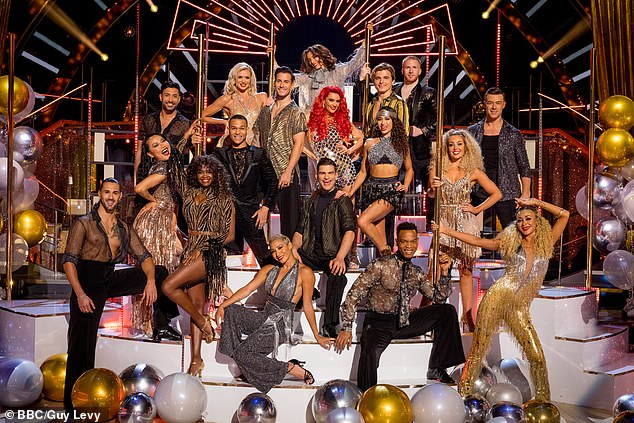 Tension: Sources have claimed one professional dancer has already been paired with a celebrity and it is well-known among the cast that they have refused the jab

‘I just think it’s a really, really selfish thing to do. And also, what you have to remember, in previous years on Strictly, your immune system gets low, lots of people get sick anyway. This is way before coronavirus.

‘So if you are sweating and all over someone, it is very close contact on Strictly as we all know, so you are much more at risk of spreading something like that.’

‘If it does spread and the whole show comes down or god forbid someone dies because let’s not forget 150,000 people have already died from this horrible virus.

‘If someone on this show get this virus and their immune system is really low and they die, it could have been prevented. 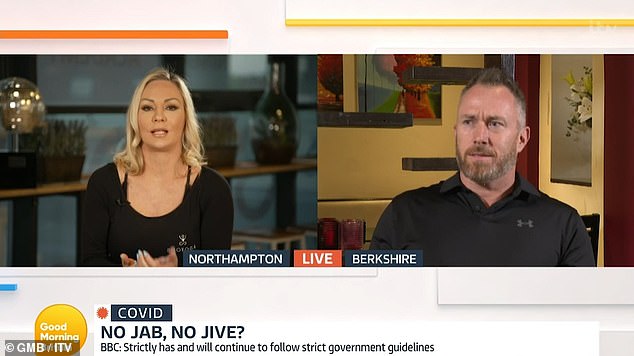 Annoyed: The former star, who appeared on the BBC series from 2006 to 2013, hit out at the trio, who are unnamed, during a debate on Good Morning Britain on Tuesday 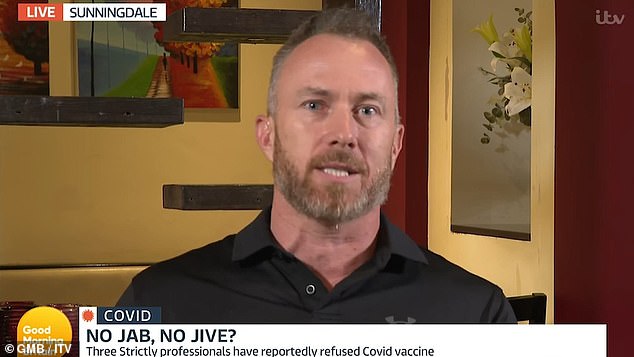 Outranged: ‘If someone on this show get this virus and their immune system is really low and they die, it could have been prevented,’ James said

‘I say let’s not have these professional dancers on the show.’

Meanwhile Kristina, 43, who starred on the show from 2008 to 2015 and is double vaxxed, said: ‘I know some instructors of mine can’t have it for certain reasons because of health issues.

‘It goes back to the BBC – have they done those checks before they even hired those professionals on the show.

‘You don’t hire someone, drag them from another country to the UK, give them the contract but then ask if they are double vaccinated and if you are not you are not allowed on the show.

‘The BBC should have done their job prior to the actual shoot when hiring those dancers.’ 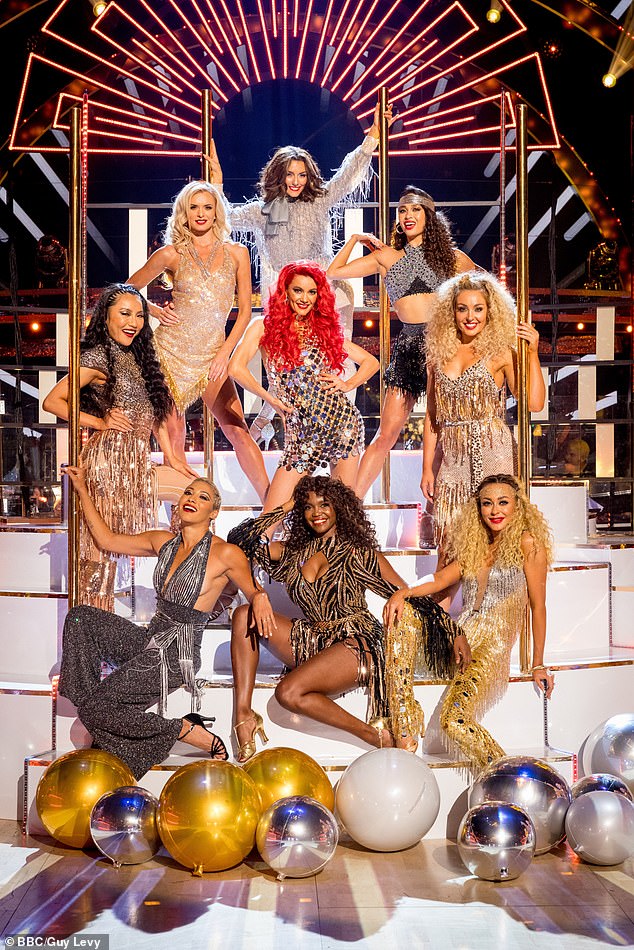 Strict: This year’s Strictly has once again seen stars and their professional dancers required to adhere to strict Covid safety measures

This year’s Strictly has once again seen stars and their professional dancers required to adhere to strict Covid safety measures, including being tested multiple times a week, and former bubbles to perform and train safely.

And so the reports three professional dancers aren’t vaccinated is said to have caused tension among the team.

A source told The Sun: ‘Producers are dreading an outbreak of Covid on the new series, which is a crucial part of the autumn schedule.

‘They are taking every possible precaution to make the set as safe as possible, particularly as the studio audience is returning.’

A Strictly spokesperson told MailOnline: ‘We do not comment on speculation of somebody’s COVID vaccination status. 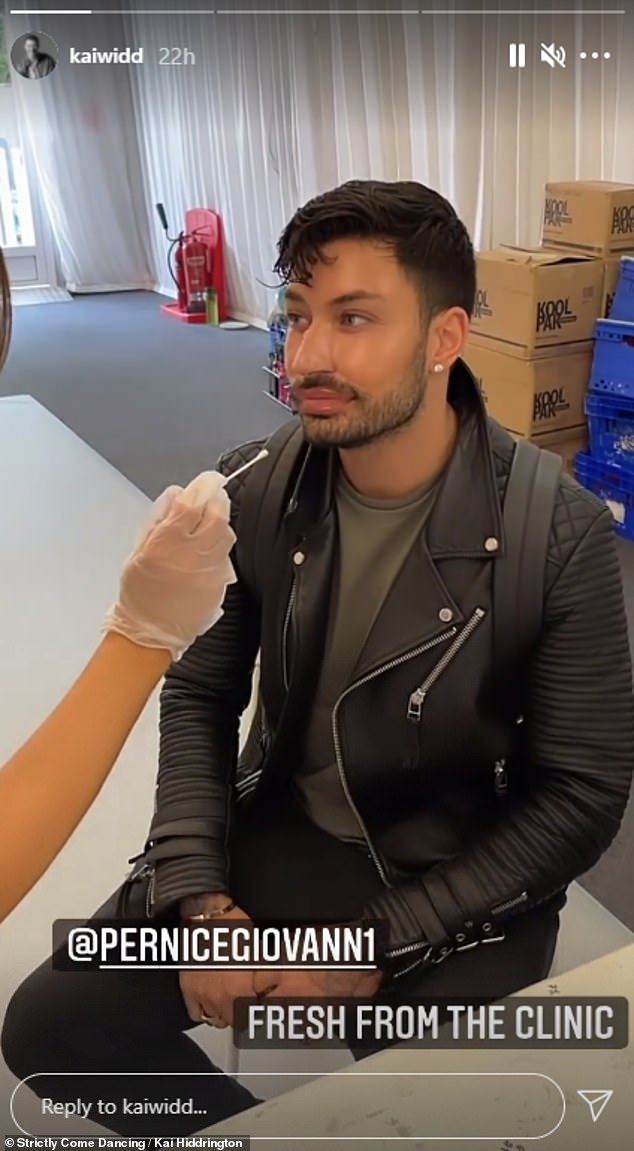 Worries: On Saturday it was reported that two of the show’s professional dancers had refused to get Covid jabs (Giovanni is pictured getting a Covid test)

‘Strictly Come Dancing production has, and will, continue to follow strict government guidelines to ensure the safety of all on the show.’

Saturday’s launch show, which was recorded earlier this month, saw this year’s celebrity contestants discover their professional partners, with the 15 couples set to perform in the first live show this weekend.

On Saturday it was reported that two of the show’s professional dancers had refused to get Covid jabs, ahead of the launch show being broadcast.

The identity of the dancers was not revealed and BBC bosses were said to be fearful that there could be a larger outbreak among those participating in the show.

A source told The Sun that if a ‘proper outbreak’ led to ‘half the cast’ contracting Covid-19, it would be ‘curtains’ for the show.

They added: ‘Strictly already has to jump through hoops just to be able to broadcast. The dancers who won’t get vaccinated have been a topic of conversation among cast and crew for weeks — even before the positive test.

‘There were vocal protests from celebrities that they didn’t want to be paired with them. It’s a headache for bosses but employers cannot force workers to get jabbed.’

It came just three days after it emerged that one professional dancer has tested positive for Covid-19. The unidentified dancer was forced to isolate for ten days, but their celebrity partner tested negative. 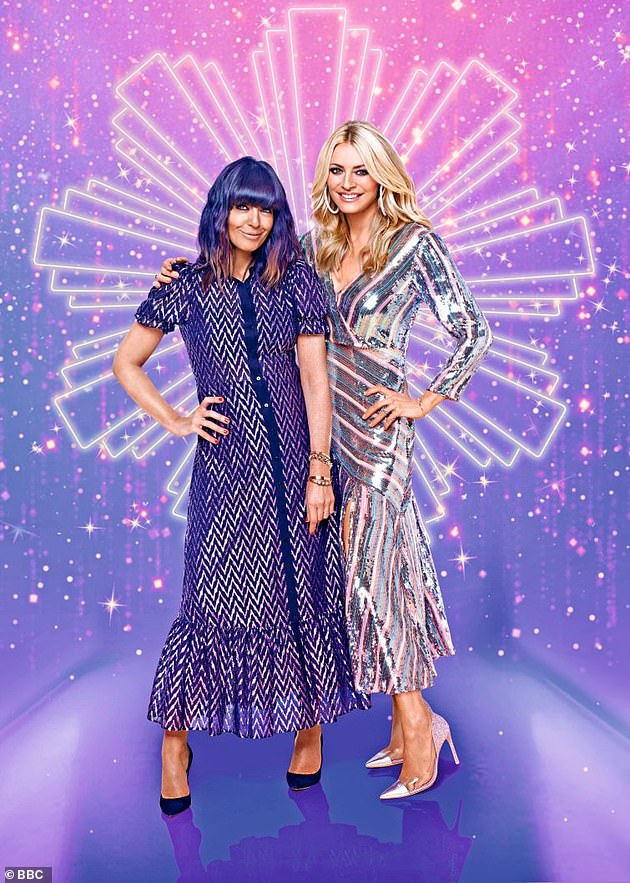 Concerns: Tess Daly and Claudia Winkleman are pictured ahead of the series’ first live show, set to take place this Saturday

Wanting to minimise all potential risks, Strictly bosses have requested the show’s dancers all stay at a London hotel in ‘bubbles’, according to The Sun.

Such bubbles were put into practice for last year’s Strictly series amid lockdown, while the show’s professionals have been busy pre-recording group dances ahead of this year’s launch.

As well as forming bubbles ahead of the series, the professional dancers filmed most of their group routines in advance and only a limited number of guests will be allowed in the studio audience.

Fans, along with friends and family of the celebrity contestants, will be allowed back into Elstree studios to watch the live shows, but only in small numbers.

Last year, Strictly bosses brought bubbles and close contact cohorts into play in order to ensure the safety of the contestants, dancers and crew during filming.

Each dancing couple formed an exclusive support bubble – meaning one half of the bubble was a single adult household living alone and the other could remain with their household, allowing them to have close contact with one another.