Jamie Foxx has revealed his divorced parents live with him in the same home.

The actor, 52, said during an appearance on The Graham Norton Show on Friday night that his mother Louise and father Darrell split up 25 years ago, but they have all lived in the same Los Angeles property together for the past 12 years.

To make matters slightly more awkward, Darrell, is still bringing dates back to the family house. 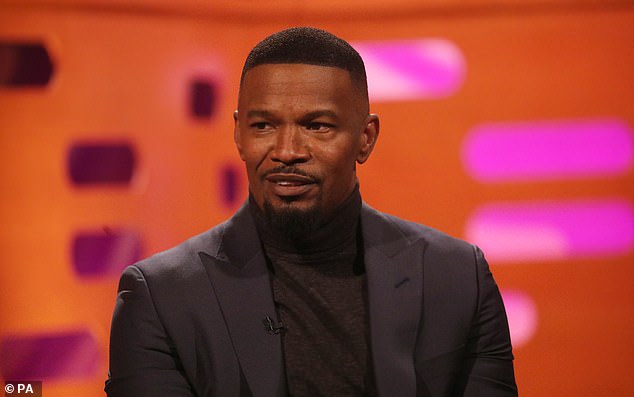 Family ties: Jamie Foxx has revealed his divorced parents live with him in the same home during an appearance on The Graham Norton Show on Friday

‘Now that poses a problem,’ Jamie told host Graham while explaining the set up.

‘They’ve been divorced for 25 years and 12 years ago I sent my mom tickets and said “If you ever want to come for Christmas…”.

‘She finally accepted and we had a good Christmas and New Year came. Her birthday is on New Year’s Day so we partied for her birthday and then all of a sudden it was February.

‘I said, “Hang on a minute are you trying to tell us something?” She said “oh I’m just trying to hang out”. Now she’s been living with us for 12 years.’ 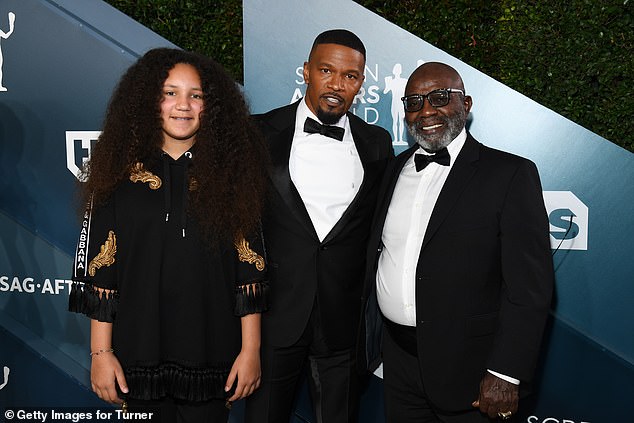 Bachelor: The actor, 52, said that his mother Louise and father Darrell  (pictured, right) split up 25 years ago, but they have lived in the same property together for the past 12 years

Jamie was born to Darrell Bishop and Louise Dixon in Texas but was abandoned when he was seven months old.

The Django Unchained star was later adopted and raised by Mark Talley and Esther Marie, who have both since died.

Jamie reconnected with his birth parents 20 years ago when his dad got out of prison and dad Darrell has lived with him for two decades.

He added: ‘They live under the same roof and what’s crazy is that dad still dates, so she’ll go on his side of the house just to see who’s there. And she’ll say “Oh this is what we’re doing, is it?” 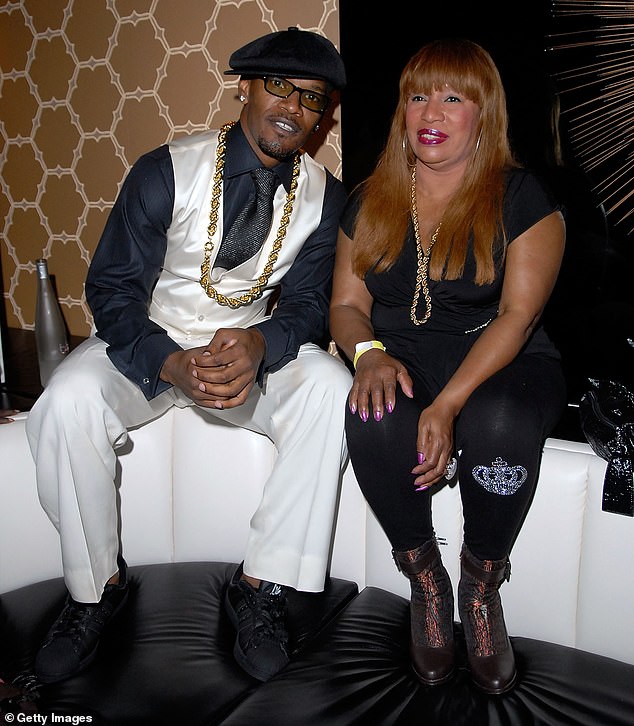 House guest: The star (pictured with Louise in 2007) continued: ‘They’ve been divorced for 25 years and 12 years ago I sent my mom tickets and said ‘if you ever want to come for Christmas’

‘Then I’ll get a knock on the door from him telling me “Can you tell her to stay on her side of the house? I’ve got company”.

Jamie was on the chat show with Michael B Jordan, his co-star in legal drama Just Mercy, which deals with the case of a black man wrongfully imprisoned for the 1986 murder of a white woman.

Speaking about the project, Jamie said: ‘I was humbled and honoured to be part of the project, but it is personal because they put my father in jail for seven years for having $25 of illegal substances.

‘He was an educator of kids in the inner city and he taught me everything I know.

‘I couldn’t visit him in jail because I saw him as a king, but I wrote to him to say, “Things have gotten good for me and when you get out I will save your life,” and he has been living with me for 20 years now.’ 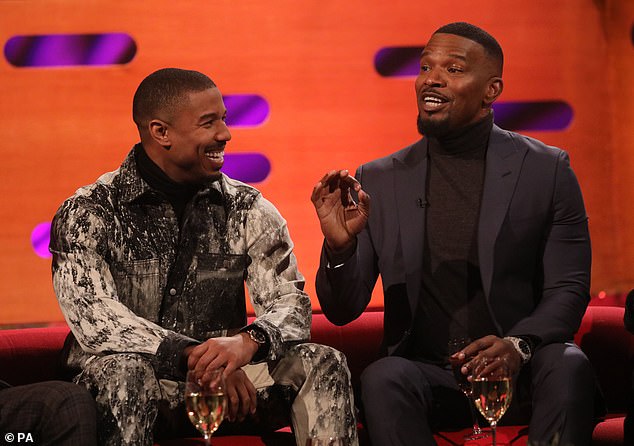 Reunion: Jamie (pictured with Michael B Jordan) reconnected with his birth parents 20 years ago when his dad got out of prison