She wore $9 million worth of diamonds to the SAG Awards in LA on Sunday.

But after the show, where she lost out in the supporting actress category to Oscar frontrunner Laura Dern, Jennifer Lopez hightailed it back to Miami where she’s rehearsing for her upcoming Super Bowl halftime performance.

On Monday, she was seen out in the Florida sunshine showing off her taut abs in a black halter crop top.

Flaunted her abs: She wore $9 million worth of diamonds to the SAG Awards in LA on Sunday. But it was back to the gym and workout gear for Jennifer Lopez on Monday in Miami

JLo’s hair was pulled back in a bun and she added hoop earrings and sunglasses.

With the Hustlers star was her 11-year-old daughter Emme who joined her mom on a coffee run.

The youngster, who has a twin brother Max, was dressed in a t-shirt and athletic shirts and walked along with an arm around her mom’s waist. 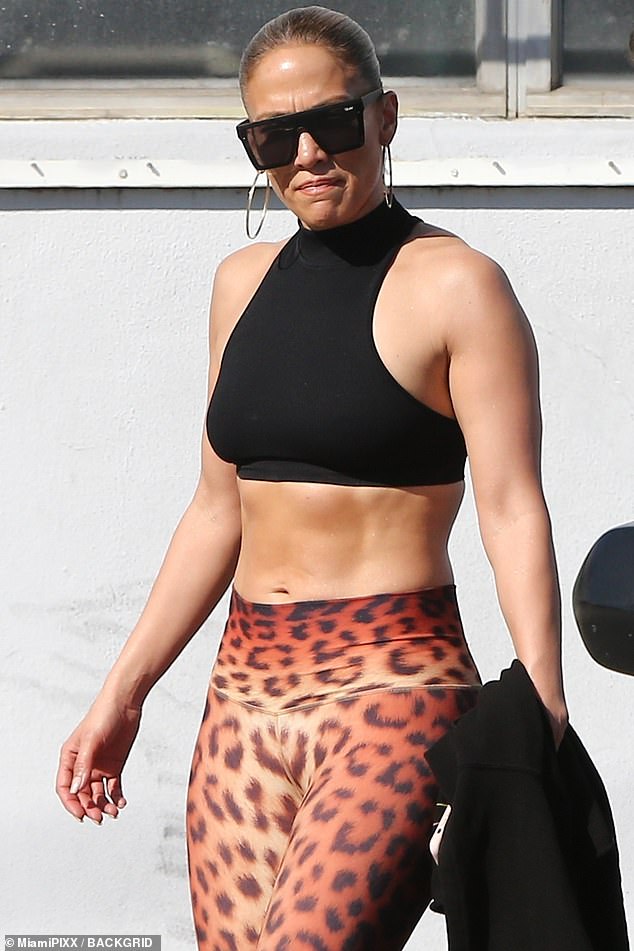 Star power: The singer and actress, 50, showed off her toned tummy in a black halter crop top that she paired with leopard print leggings. She added hoop earrings and sunglasses 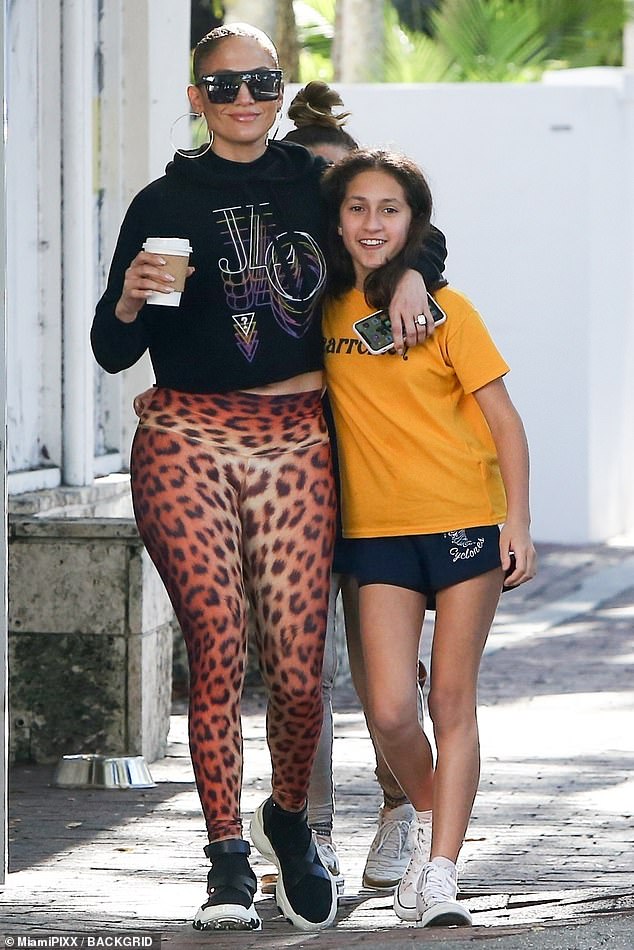 Her pride and joy: She was joined on a coffee run by her 11-year-old daughter Emme. The youngster, who has a twin brother Max, walked along with an arm around her mom’s waist

Emme and Max are Jennifer’s children from her marriage to her third husband, Latin crooner Marc Anthony.

The couple divorced in 2014 and in 2017 she started dating former Yankees pro Alex Rodriguez, getting engaged to the baseball star in March 2019.

While Lopez was snubbed by the Academy Awards for her role as a stripper in the Hustlers movie when nominations were announced earlier this month, she still has the Super Bowl to look forward to.

In September, it was announced that she and Latin singer Shakira would headline the Half Time show and in December, the Jenny From The Block hitmaker said in an interview with CBS that performing at the Super Bowl LIV would be ‘like winning an Oscar’.

‘It’s the biggest show that there is. It has the biggest audience. You get to have like this big production. You don’t get to do that on tour,’ she explained.

‘I think it’s just like a fantasy for all musical artists to be able to play the Super Bowl and have like that 12 minutes of an amazing show,’ she added. 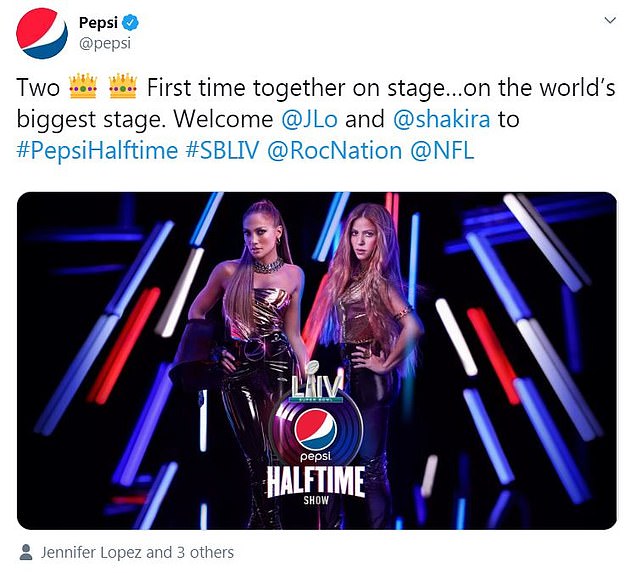 Big deal: In September, it was announced that JLo and Latin singer Shakira would headline the Super Bowl LIV halftime show in Miami on February 2 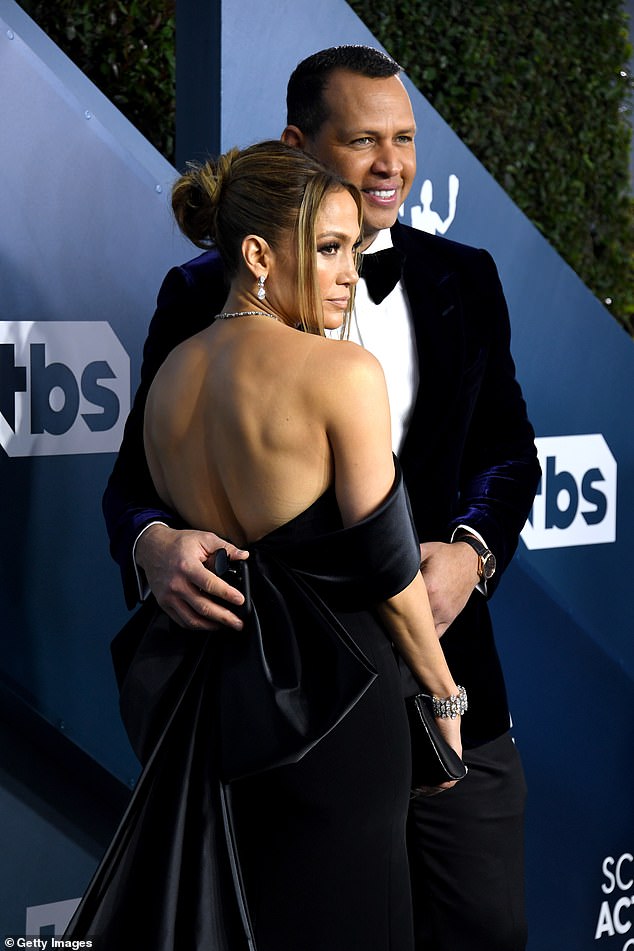 Couple goals: Jennifer wore $9 million worth of diamonds to the SAG Awards in LA on Sunday night and she and fiance Alex Rodriguez posed up a storm on the red carpet