‘Let’s show the world what two little Latin girls can do’: Jennifer Lopez embraces Shakira as she shares behind the scenes snaps ahead of Super Bowl show

They are all set for one of the biggest performances of their career.

And Jennifer Lopez and Shakira were ready to rock as they prepped for their Super Bowl half time performance on Sunday.

Lopez took to Instagram to share an inspiring message, writing: ‘So excited to share the stage with you tonight @Shakira! Let’s show the world what two little Latin girls can do. #LetsGetLoud #GirlPower#.’

Sharing behind the scenes of herself applying her lipgloss to Instagram, J Lo got glammed up, while Shakira posted footage of herself arriving at the Hard Rock Stadium in Miami ahead of the San Francisco 49ers taking on the Kansas City Chiefs. 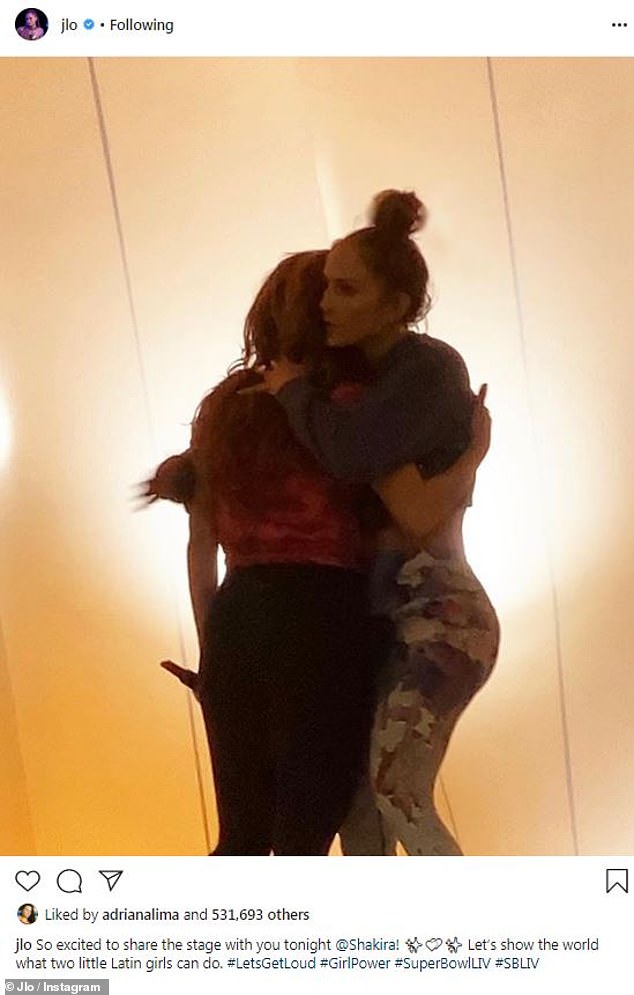 Almost showtime: Jennifer Lopez told her friend and fellow star Shakira ‘Let’s show the world what two little Latin girls can do’ ahead of their Super Bowl half-time show on Sunday 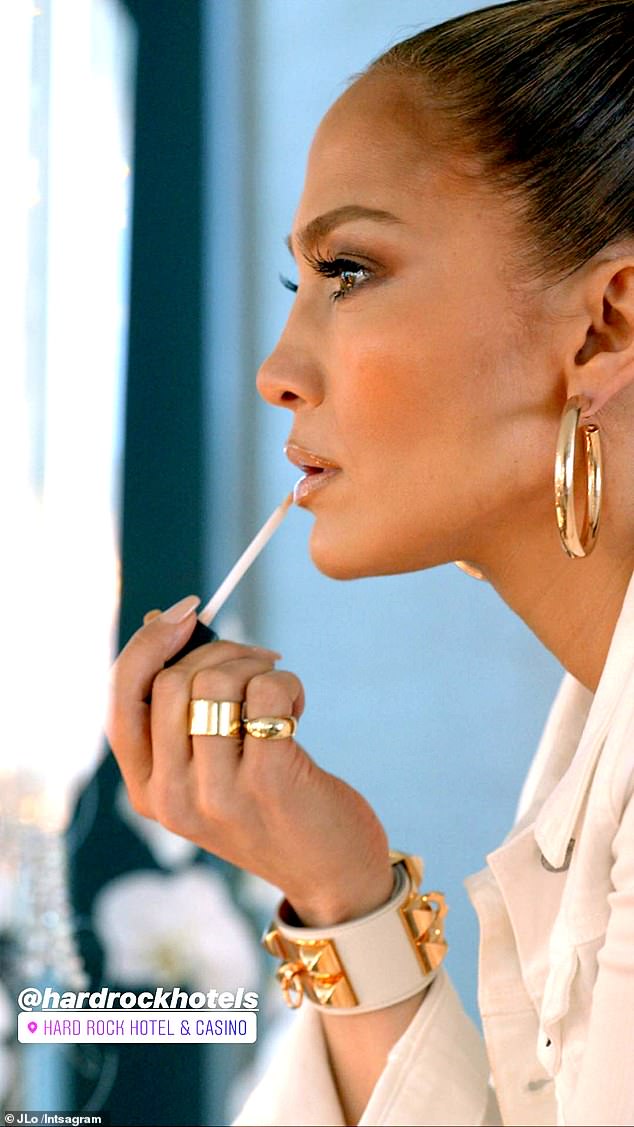 Getting ready! The singer also shared this snap on Sunday morning

‘I’m in Miami arriving at the stadium where I’m going to be performing at the Super Bowl halftime show. It’s very exciting.’

Shakira turns 43 on Sunday, making it a double celebration for the Hips Don’t Lie performer.

Also making an early arrival at the stadium was J Lo’s biggest supporter Alex Rodriguez, who shared pictures with his fans, of him and daughter Natasha. 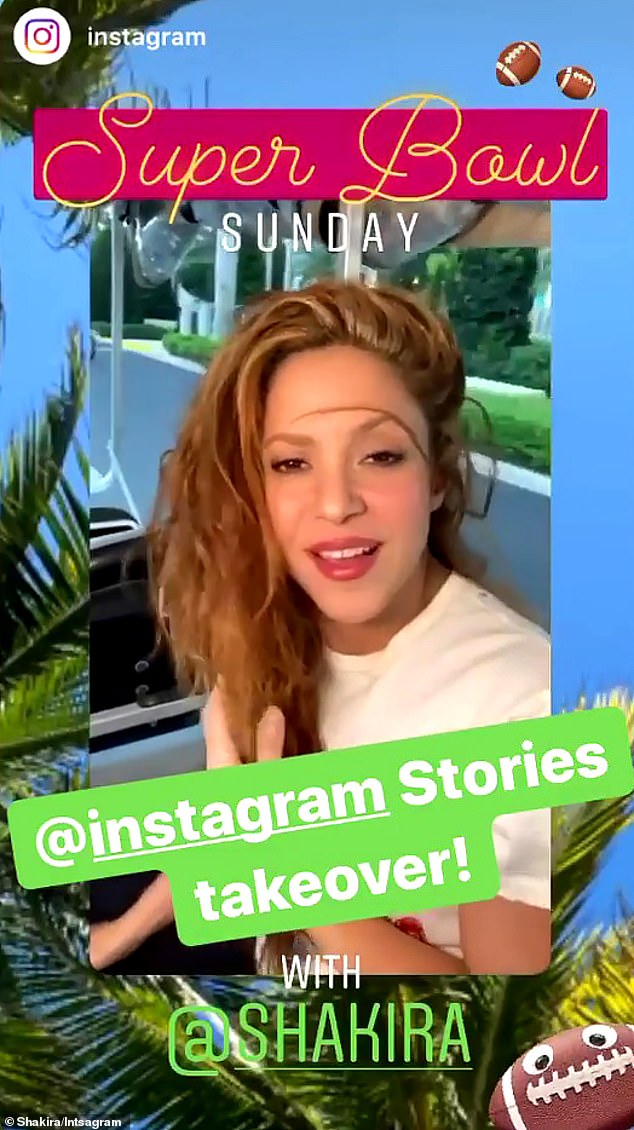 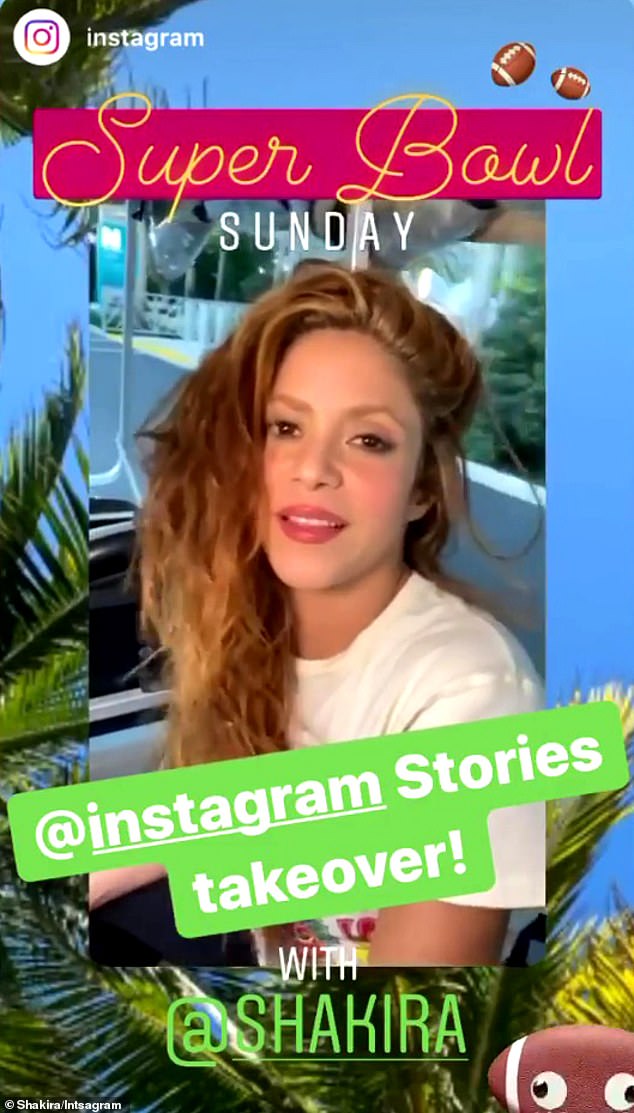 Can’t wait: She said ‘I’m in Miami arriving at the stadium where I’m going to be performing at the Super Bowl halftime show. It’s very exciting’

‘Whats up everybody? Happy Super Bowl Sunday,’ said the father of two from his golf cart.

‘I got Natasha in the building, Super Bowl 54. About four and a half hours before the game, it’s going to be epic. I’m so excited I’m pumped, I’m on my way to the game right now.’

While his wife to be has the starring role, A Rod will also be on the big screen – in an advert for Presidente beer. 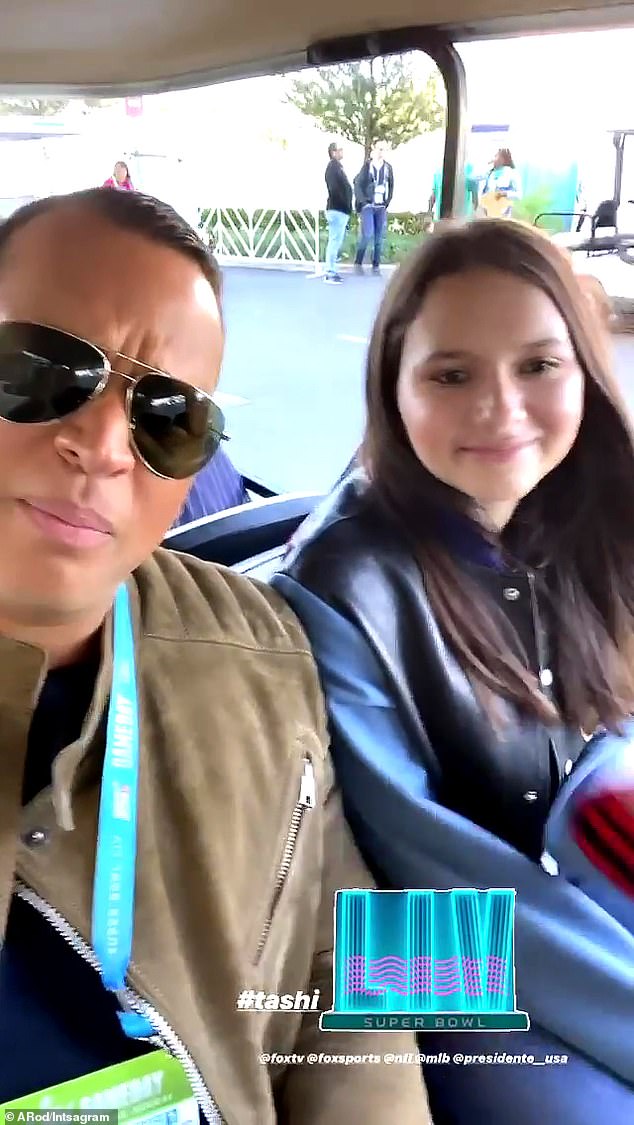 Off to the bowl: Alex Rodriguez is pictured with daughter Natasha heading to the celebrations

Meanwhile his fiancée told reporters on Saturday of her preparations: ‘Yeah, we’re in the thick of it.’

She continued: ‘You know, everything happens when it’s supposed to happen. There were many years that I thought about doing the Super Bowl and that it was something that I wanted to do and even where I was talked to about it.

The singer, whose hits include Waiting for Tonight, I’m Real, Jenny from the Block and others, said she hopes her performance with Shakira inspires and unites people 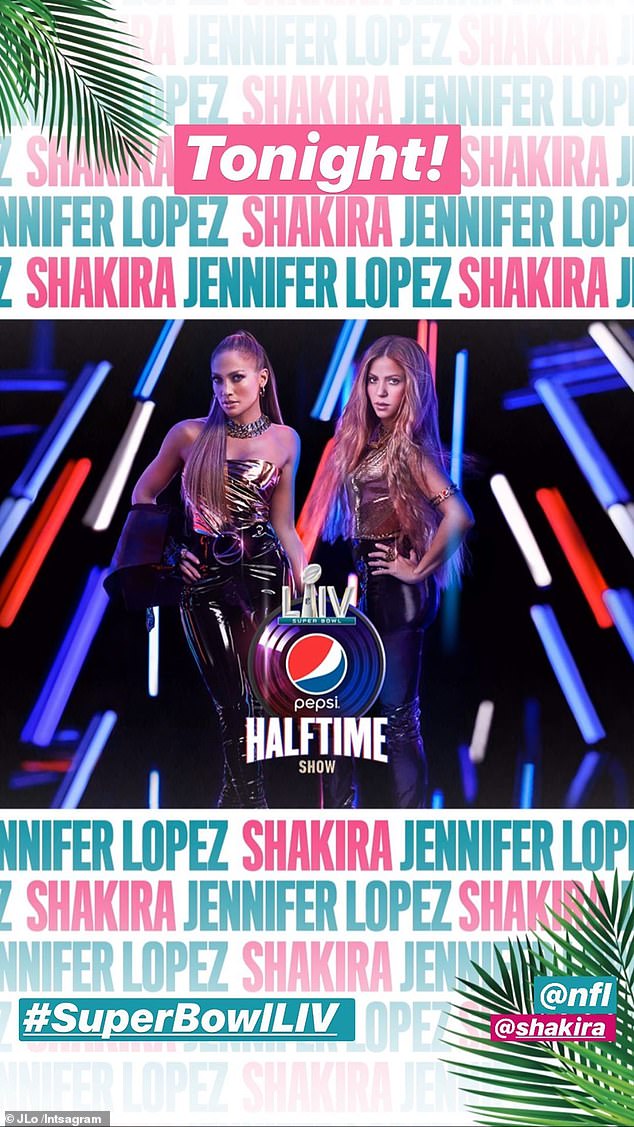 Ready to perform: J Lo shared this promo image of her and Shakira

‘It’s such a huge platform and you think, ‘OK, what is it that I want to do?’ And to tell you the truth, you know, when I think about sports … and music, those are the two things that really, really bring people together.

‘So, for me, it’s an opportunity to really bring people together in a moment of celebration, in joy, love, in unity and happiness. That’s what I feel that we’re going to provide. It really is about love and unity and celebrating the potential in every single person that’s inside of each one of us for all the beautiful things we are.’