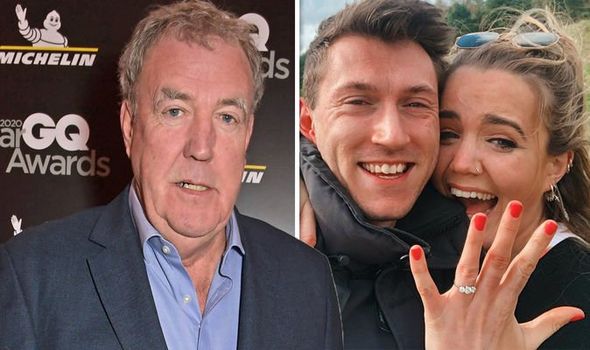 Jeremy Clarkson, 59, shared the happy news that his daughter Emily Clarkson, 25, is engaged to her boyfriend Alex Andrew.

The former Top Gear host shared a sweet snap of the couple in view of his two million Instagram followers this afternoon, in which Emily was pictured showing off her diamond ring to the camera while she cuddled up to her fiancé.

The Grand Tour star then took to Twitter to share a weird admission about how the proposal has affected him emotionally.

Jeremy, who owns a farm, explained in view of his seven million followers: “Today, I delivered 2 sheeps and as my hand was up a vag, my daughter called to say she was getting married.(sic)

Fans took to the comments section of Jeremy’s posts to share their thoughts on his family news.

One person jokingly wrote: “Congratulations Jeremy…. on the daughter and new son-in-law…. also on the vag…”

Another added: “Congrats to you, your daughter and your sheep.”

A third person quipped: “The groom is probably trembling at the impending speech from the Father of The Bride…”

Emily also shared the same photo with her 59,000 Instagram followers to announce the couple’s engagement.

She captioned it: “Well, s**t @alexandrew.1,” alongside a ring emoji. 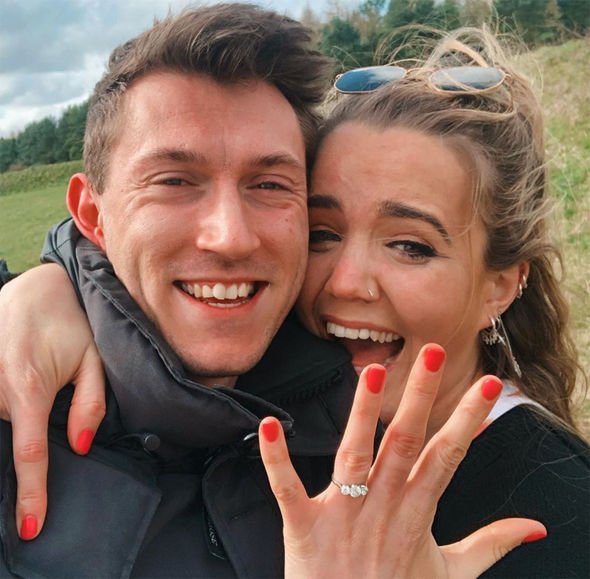