Jessica Simpson, 40, says no to Botox because she doesn’t want to risk losing ‘expressions’ in her face: ‘That’s what makes me who I am’

Jessica Simpson has revealed she refuses to get Botox to stay looking young.

When asked about her beauty routine, the 40-year-old said: ‘I got really into red light therapy. I went down a rabbit hole on this amazing facialist and I was like, ‘Okay, I need something to tighten my skin, I just turned 40. I don’t want to get Botox, I like my expressions. That’s what makes me who I am.’ 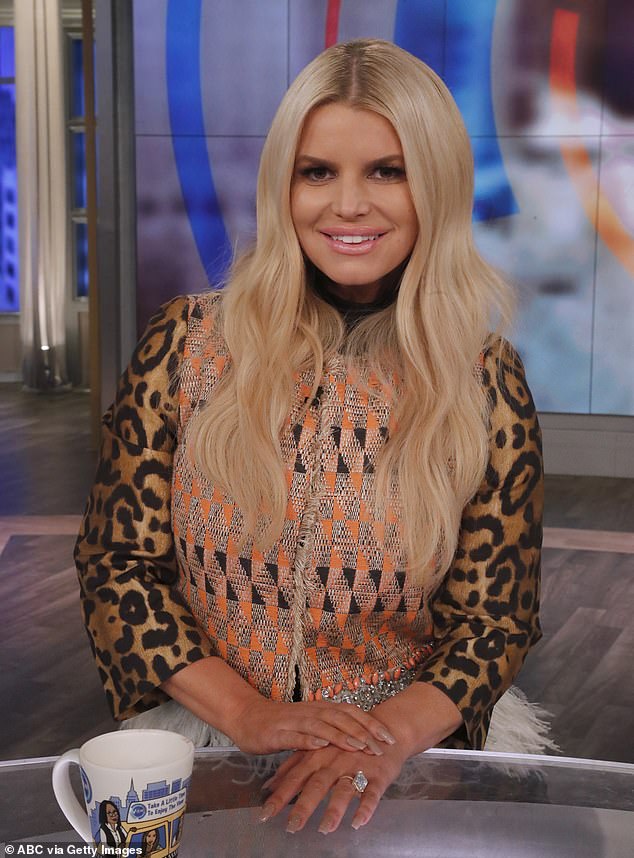 Open Book: Jessica Simpson, 40, has said she doesn’t want to undergo Botox injections as she fears she will lose her facial expressions (pictured above in February this year)

‘I mean, I understand Botox, but if I can just put a red light on my face, that’s amazing and it’s not something I have to pay for every time. I’m not endorsing that or anything, I really do believe in it.’

‘If I’m laying there with the red light on my face, it does put me into a meditative state of mind and I can just play music or a podcast or just get centred, but also know that I’m Benjamin Buttoning myself.’

Jessica recently opened up on Instagram about her battle with eczema, and says she decided to come forward with her struggle after keeping it a secret since her childhood because she wanted to be ‘transparent’ with her fans. 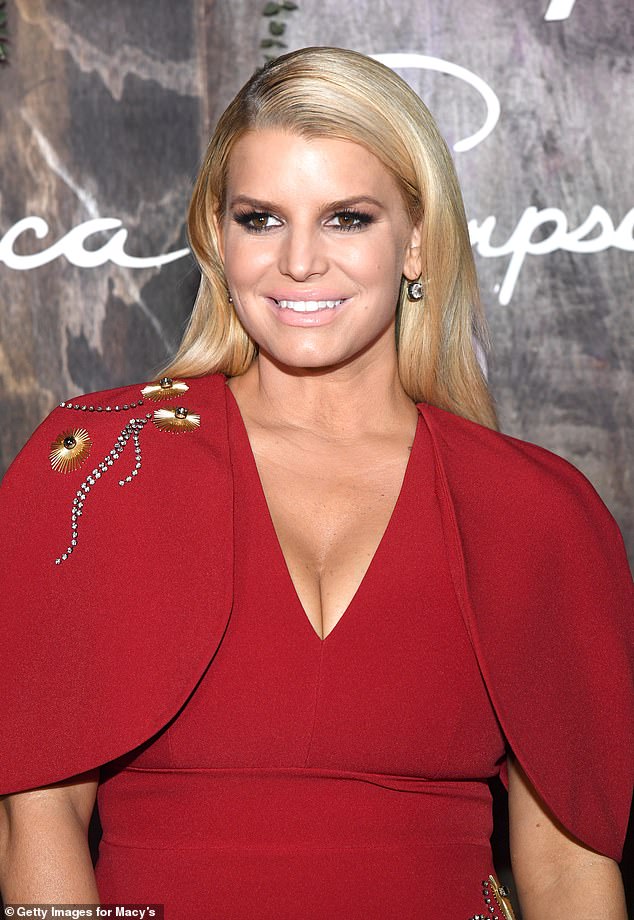 Taut visage: The 40-year-old pop singer pictured in February this year appears to be wrinkle free

Speaking to InStyle magazine, she said: ‘I’m always open about my insecurities, and I feel like I’m pretty transparent. I do believe that there is a way that we can find confidence in ourselves. I’ve had eczema since I was a kid. It’s not really anything that I’ve ever talked about, and I don’t really know why to be honest.

‘I think because I had it a lot when I was in junior high and high school. Some of my memories of it when I was younger was being a cheerleader and then having to throw a sweatshirt on really quick after doing a routine or practice, even though it was so hot in Texas.’

‘They hug in Texas, so everybody would always come up and hug me and be like, ‘What’s on your arms?’ I would just blame it on a heat rash.’ 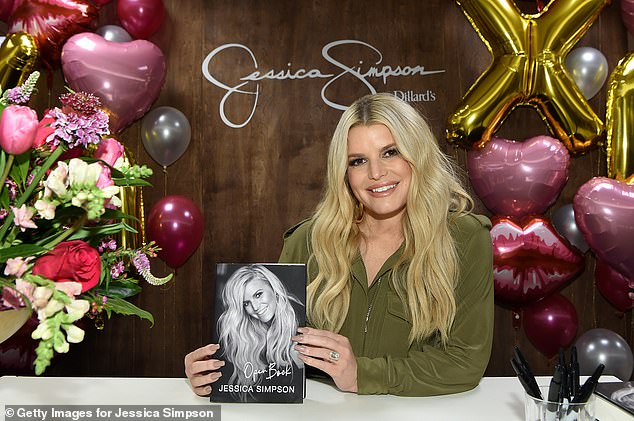 Not holding back: The reality star has said she likes to be open and honest with her fans, and is pictured above promoting her autobiography Open Book this February in Tennessee