He revealed last summer that he had undergone a hair transplant, teeth implants and was utilising Botox to keep his face looking youthful.

And Jimmy Carr was showing off his image overhaul as he arrived in Nottingham for the latest date in his Terribly Funny tour on Wednesday, sporting a rather different look to his usual buttoned-up appearance in a £2,550 ensemble. 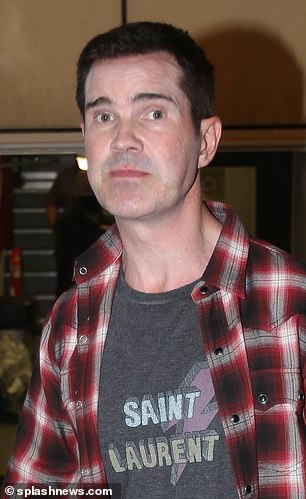 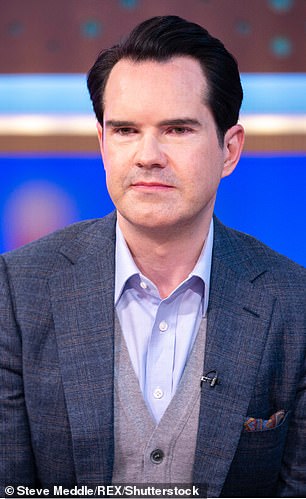 Wearing navy jeans, the comedian also donned a pair of black leather Louis Vuitton trainers, which are likely to have been bought for over £500.

The star, who has a reported net worth of £12million, has clearly been splashing out on all the latest trends as displayed in his pricey off-duty ensemble.

Jimmy’s hair – the result of his recent cosmetic wizardry – was jet black in colour and thick in texture thanks to his transplant.

The I Can See Your Face panellist has spoken candidly about the full extent of his makeover in the past. 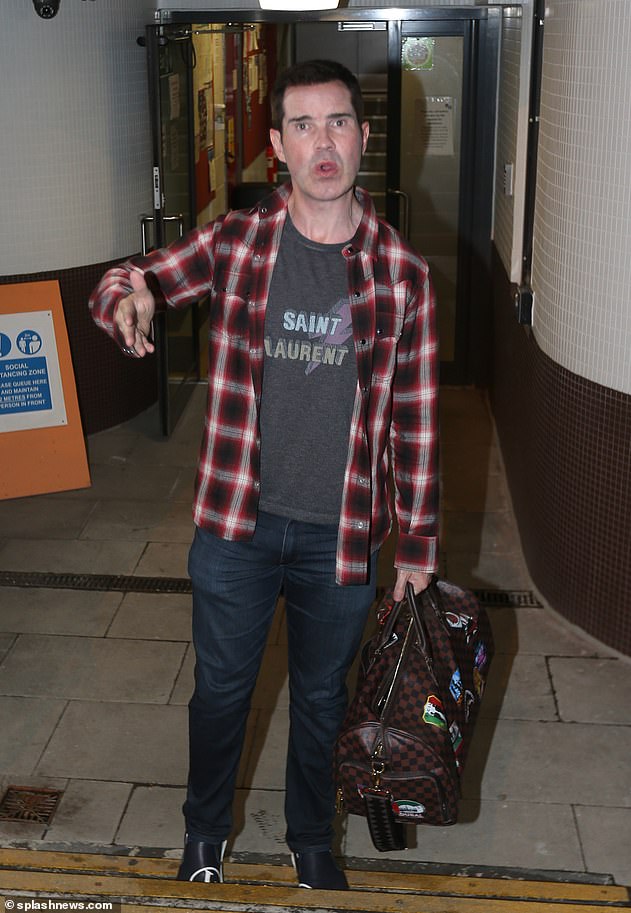 Splashing the cash: The star, who has a reported net worth of £12 million, accessorised his look with a £1,750 holdall from Louis Vuitton’s World Tour Collection 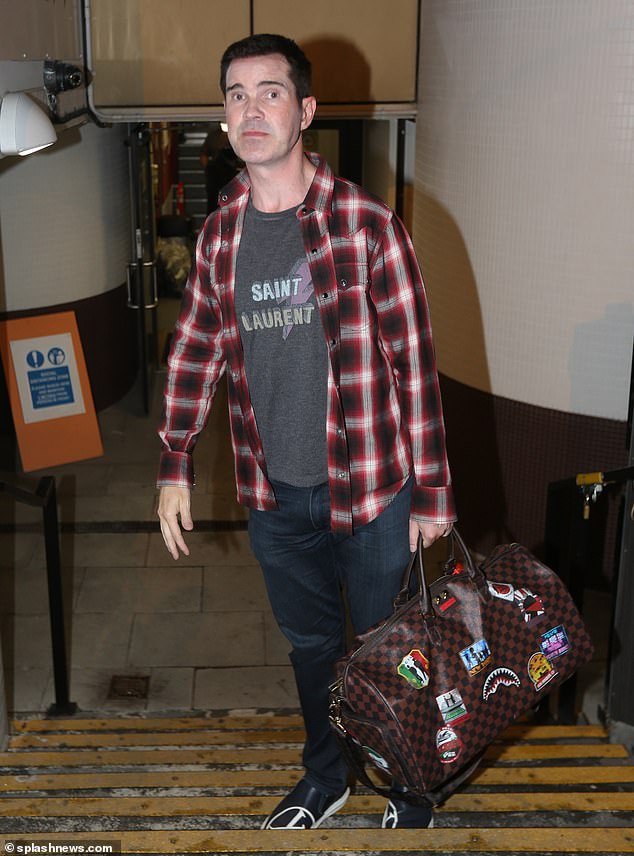 Talking on the Just For Laughs podcast, Jimmy said he decided to make some tweaks to his appearance after feeling disappointed that he doesn’t look as good in real life as he does on television.

He said: ‘I’ve had a lot of work done. I got my teeth knocked out and put back in. And then I had a hair transplant in the lockdown, which I didn’t particularly need, but what else are you going to do in lockdown?’

Discussing his decision to undergo Botox, he said: ‘I was seeing a guy getting a bit of Botox and I was chatting to him and he said, ”Oh I do Simon Cowell,” and I went, ”Yeah I think I better leave. What have you done… he looks like a melted candle.”‘ 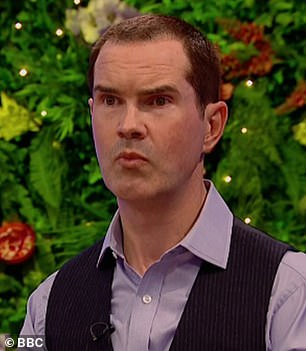 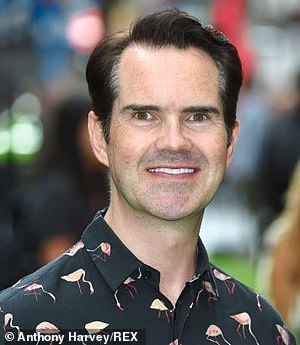 New look: In June Jimmy surprised viewers by unveiling the results of his hair transplant (left) after his hair began to ‘socially distance from his forehead’ (right before the transplant in 2018)

The TV personality said as well as these physical changes, he’s also been exercising lots and taking lots of protein pills and vitamins.

He also spoke on Gabby Logan’s Midpoint podcast, saying: ‘I got my teeth done, that’s the first thing I had done, they’re more than veneers. I got every tooth in my head done in one sitting.

‘I did 12 hours in the chair the first day, then 12 hours the second, it was like a three day thing where you’ve got temporary things on, it’s pretty full on. 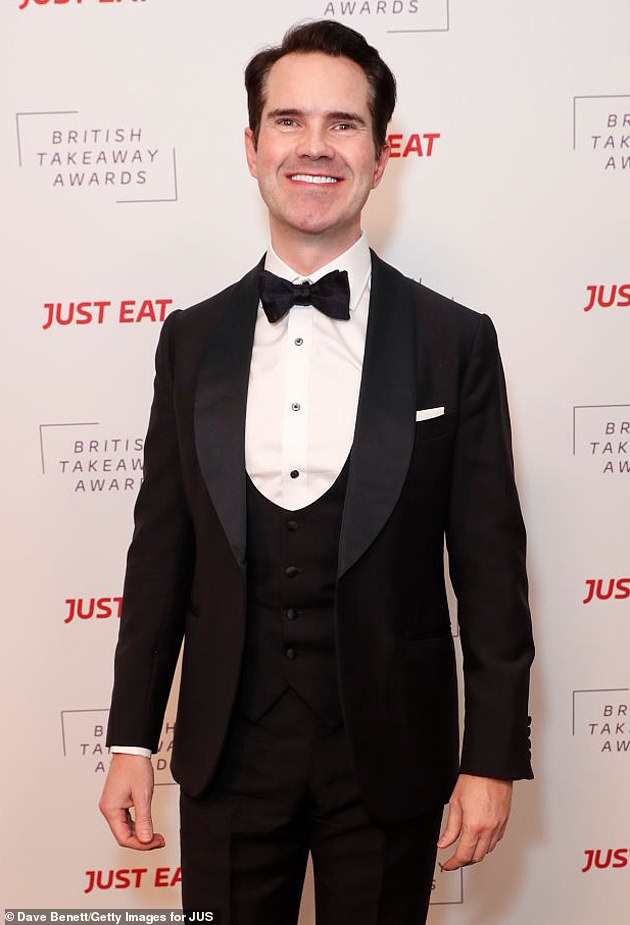 Candid: The comedian revealed last summer that he’s undergone a hair transplant and had his teeth fixed

‘I think they gave me Rohypnol intravenously into the vein and you’re kind of out of it and they do everything and you’re fine. It’s a dream-like haze, you’re in a weird space.’

Jimmy said he wants to maintain his looks rather than change them too much, as he recently revealed: ‘I think that thing of age is that people don’t really see what’s there, people are good at pattern recognition, that’s all they do, teeth and hair.

‘Maintaining is the thing, I don’t think there’s anything you can do plastic surgery wise, or augmentation wise, that makes you look better, you can just sort it stay the same, that’s what you can hope for.’