Last Saturday, Joe Montana made headlines for rescuing his nine-month-old granddaughter from an attempted kidnapper at his Malibu home.

But the NFL Hall of Famer was seen relaxing on the Southern California beach with his family, including his nine-month-old granddaughter on Thursday.

The family seemed to be working on putting the incident behind them as they soaked up the sun and took dips in the ocean, following the arraignment of the alleged kidnapper. 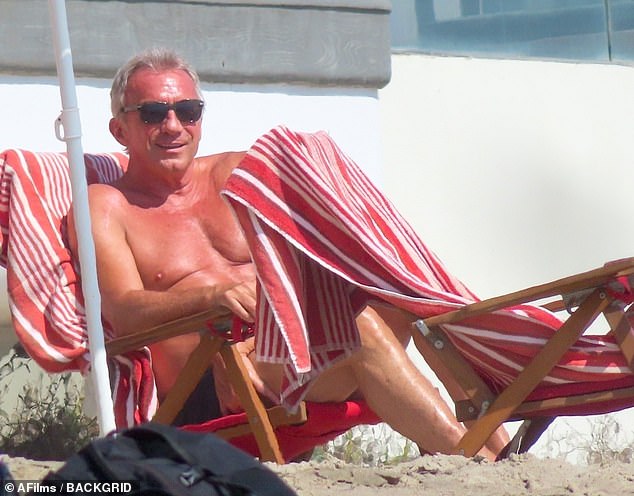 Hero Joe: Joe Montana was seen relaxing on the beach in Malibu with his family, including his infant granddaughter, who he rescued from a kidnapper last weekend

The 64-year-old former quarterback, sat in beach chairs and seemed to be getting some color.

Joe, who played for the San Francisco 49ers and Kansas City Chiefs, donned sunglasses and navy blue shorts while lounging on the sand in the luxe oceanfront community.

Meanwhile, his wife Jennifer chatted near the water with their daughter and the young girl near their feet.

The baby appeared to only in a diaper as she sat the peak of the tide and enjoyed playing with the sand. 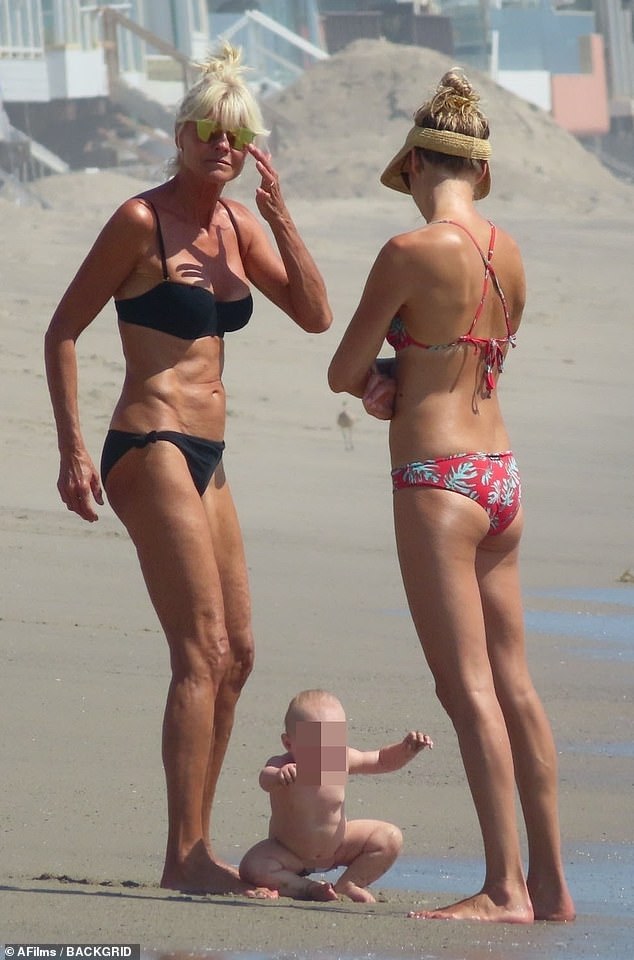 Playful: Meanwhile, his wife Jennifer chatted near the water with their daughter and the young girl near their feet

Jennifer flaunted her toned figure in a black bikini and accessorized with gold sunglasses and her platinum blonde bangs hanging down her forehead.

Their sons were also spotted at the family’s beach outing, taking dips in the ocean and sitting together in the sun.

According to police, Montana told told sheriff’s deputies that the baby was sleeping in a playpen at his home when a stranger (Dalzell) walked in and picked up the baby. He and his wife Jennifer sought to calm down the tense situation and Jennifer was able to remove the child from Dalzell’s clutches. 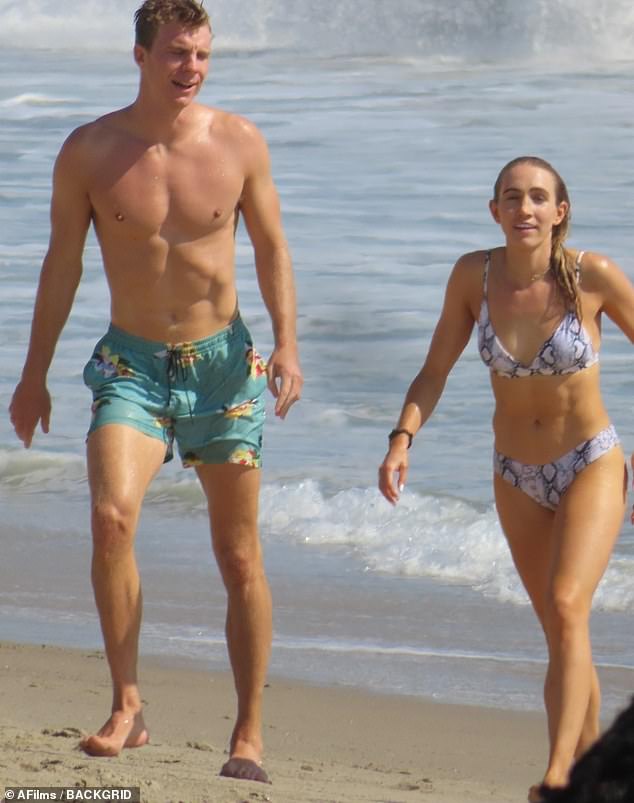 Toned: Their son Nate showcased his chiseled abs in blue swim trunks as he enjoyed the ocean with a female friend 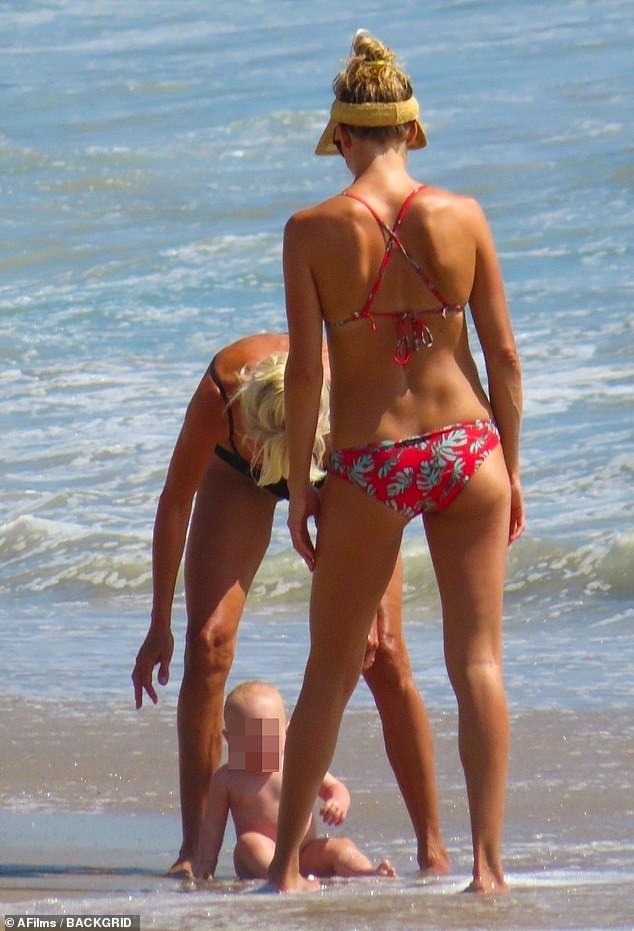 Splash: Jennifer and a family member watched closely as the young girl enjoyed the cool waves

Following the incident, Joe tweeted: ‘Scary situation, but thankful that everybody is doing well.’

Dalzell fled from the residence and she was taken into custody a short time later.

Earlier in the week, the alleged kidnapper Sodsai Predpring Dalzell was arraigned in LA County court for attempted kidnapping of a child under 14-years-old and burglary, to which she pleaded not guilty.

Her bail was set at $200k and she is next expected in court on October 20. She faces up to eight years in custody if convicted. 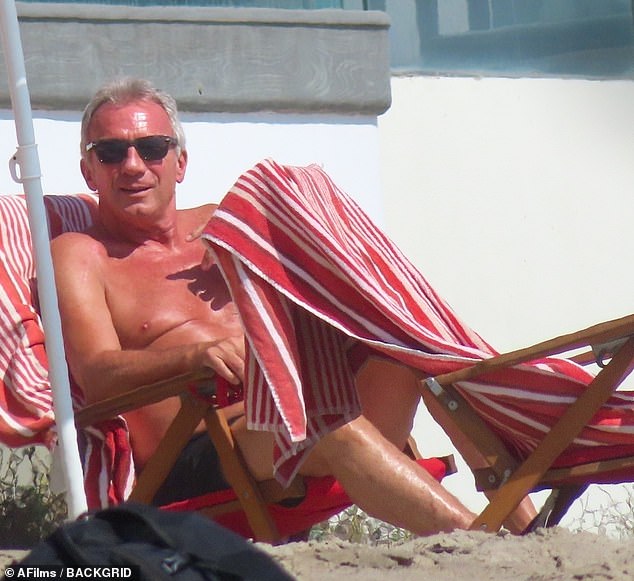 Doing well: Following the incident, Joe tweeted: ‘Scary situation, but thankful that everybody is doing well’ 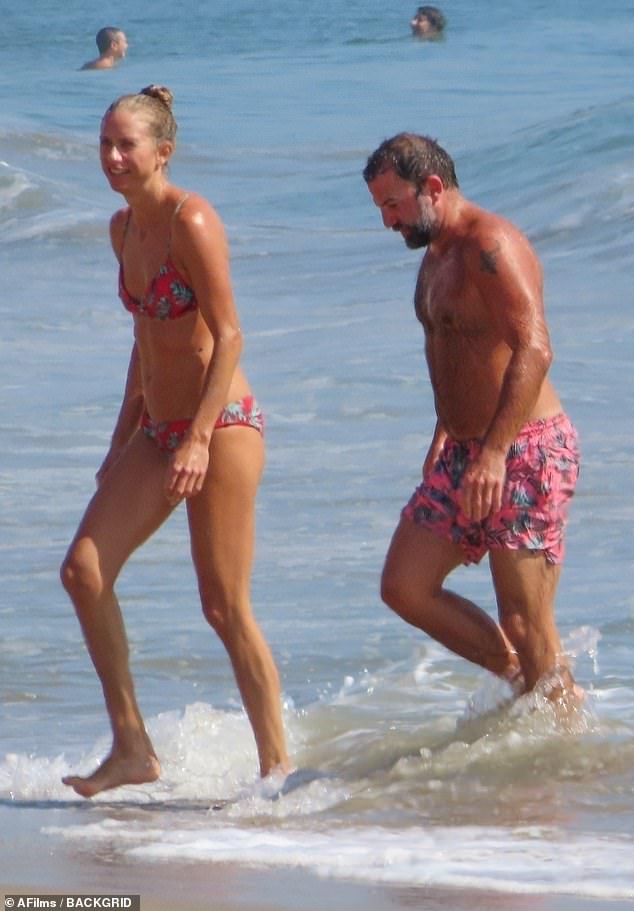 Matching: One of Joe’s daughters hit the waves with her partner, donning matching pink swimsuits

Ayinde Jones, who is Dalzell’s lawyer, said Dalzell told the AP his client was ‘extremely apologetic and is very well concerned about the well-being of the family.

Jones added: ‘She understands the harm that this has caused the family, friends and also fans of the Montana family. So our heart goes out to them.’

Dalzell said he had ‘no hindsight, no clue as yet on why she did what she did, only that she is very apologetic.

‘She has told me over and over again that she understands the harm that she has caused,’ the attorney said. ‘As a parent myself, I can only imagine the pain that it has caused the Montana family.’ 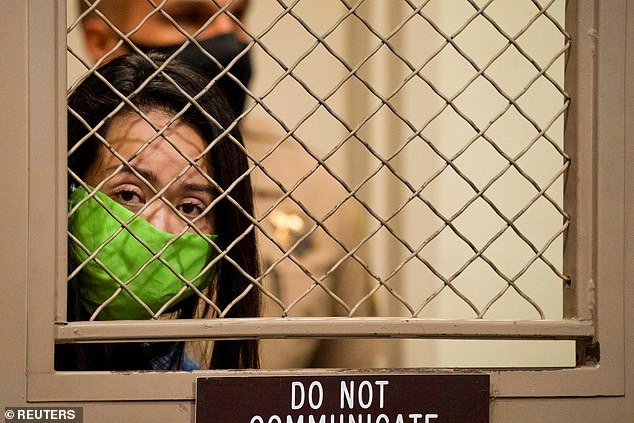 Montana has been in the headlines this week following after a 39-year-old Los Angeles woman named Sodsai Predpring Dalzell (pictured) was accused of breaking into his home and attempting to take the baby, she pleaded not guilty to kidnapping and burglary