Sweeping coastal views, an outdoor pool and access to your very own pebble beach! John Barrowman puts his stunning Welsh bungalow up for rent at a cost of £2,700 per month

Torchwood and Doctor Who star John Barrowman has put his stunning Welsh holiday home up for rent, but those wishing to get a taste of the actor’s lavish lifestyle will need deep pockets.

Situated seven miles southwest of Cardiff on a peaceful cul-de-sac in the picturesque village of Sully, the tasteful bungalow is available at an eye watering cost of £2,700 per month, or £623 per week.

However prospective tenants will get plenty of bang for their buck, with the home offering panoramic views of the Glamorgan coastline, a heated outdoor pool and exclusive access to a nearby pebble beach. 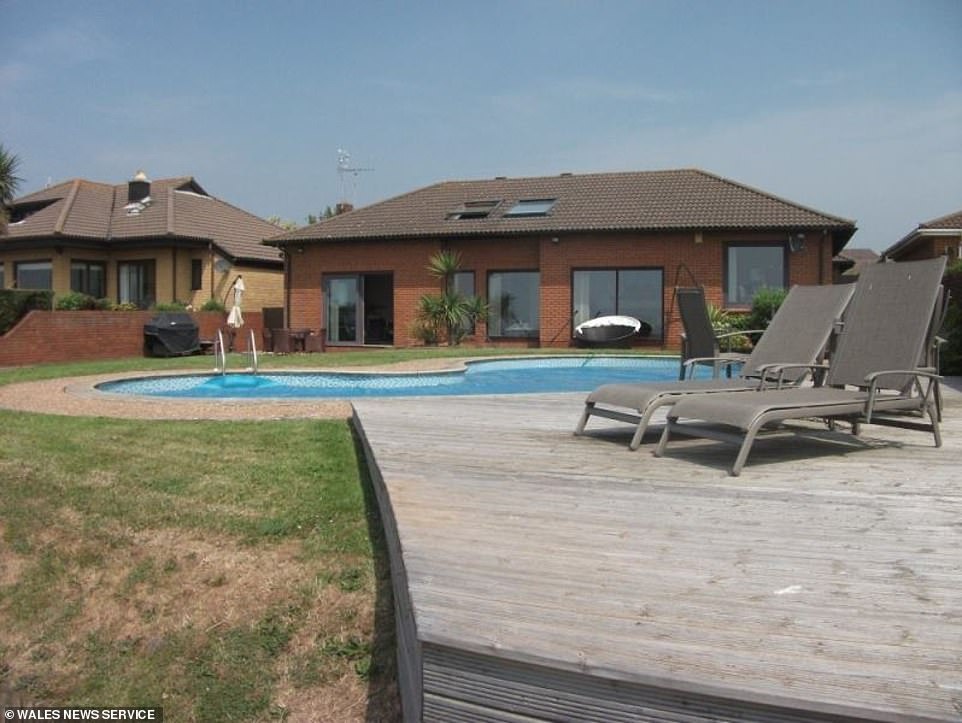 All yours: Torchwood and Doctor Who star John Barrowman has put his stunning Welsh holiday home up for rent, but those wishing to get a taste of the actor’s lavish lifestyle will need to fork out £2,700 a month 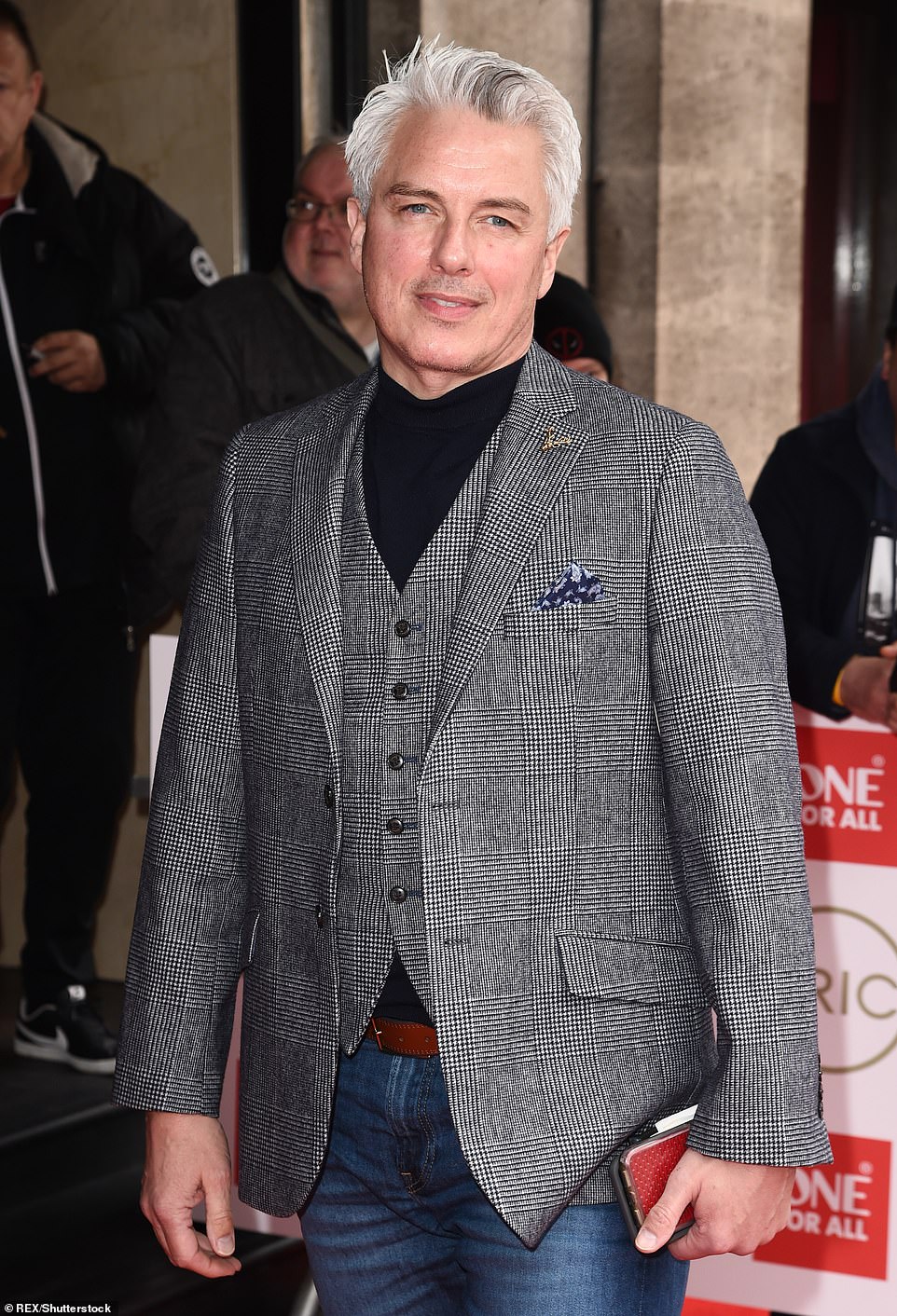 Head over heels:  Its understood that John bought the property after falling in love with Wales while spending long periods of time filming in the area for the BBC

Polished wooden floors, a fixture throughout much of the four bedroom home, offer an additional touch of style for anyone wishing to enjoy some quality time on the Welsh coast.

The bathroom comes with tiled flooring, a generously sized tub and a walk-in shower, while matching twin sinks take advantage of the room’s considerable space.

Elsewhere an enormous polished kitchen offers plenty of room for the aspiring cook during those cosy nights in front of the TV with a home made meal. 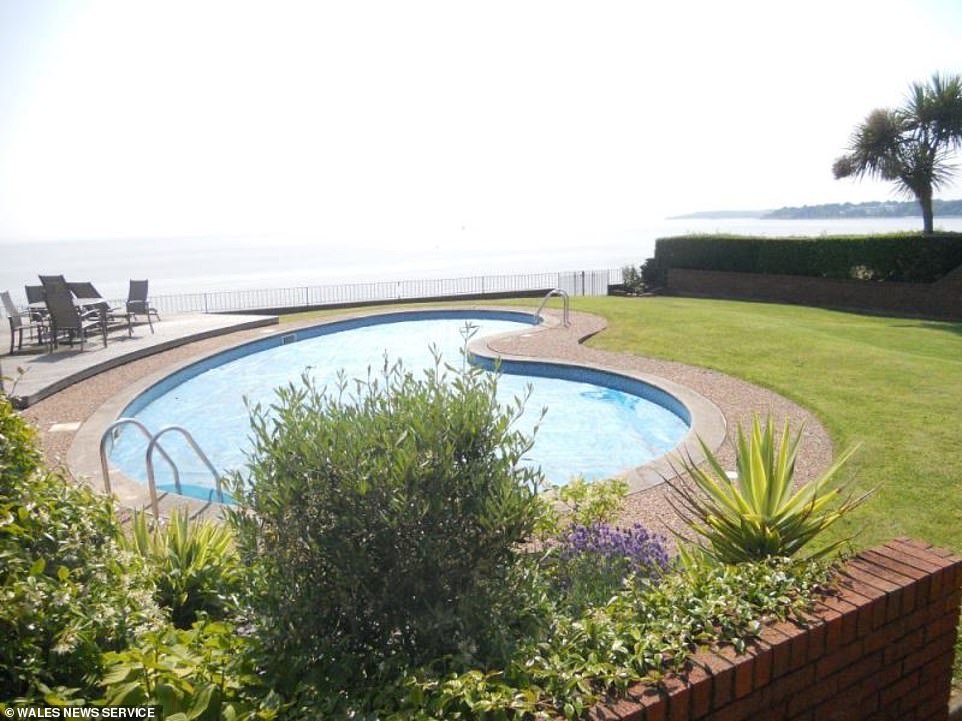 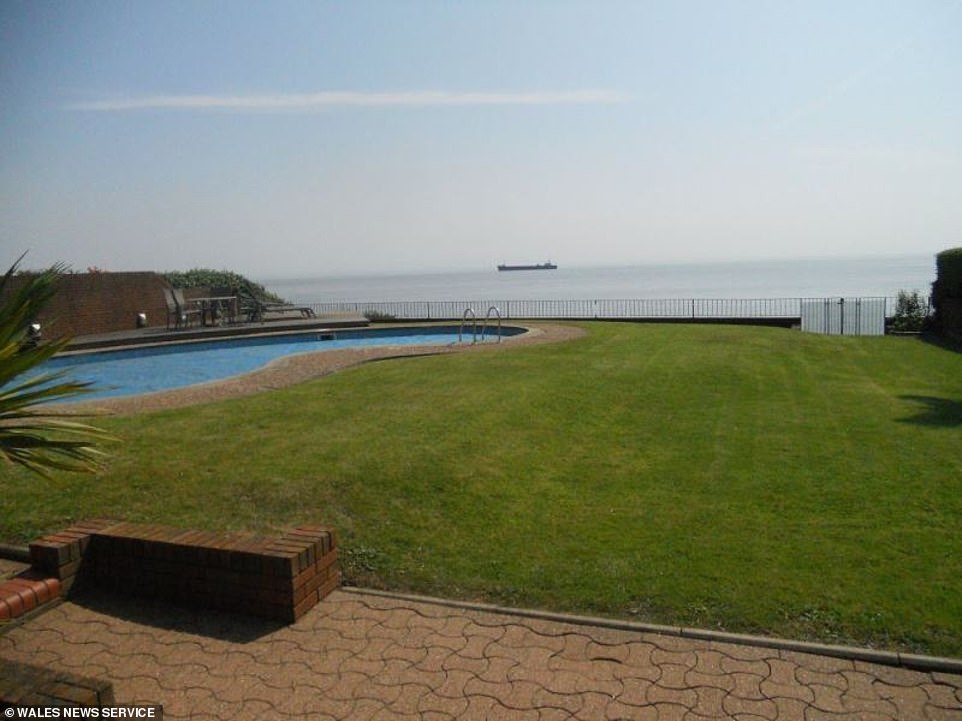 Lovely: A neatly manicured lawn sits adjacent to the pool, while a cargo ship is clearly visible sailing off the coat 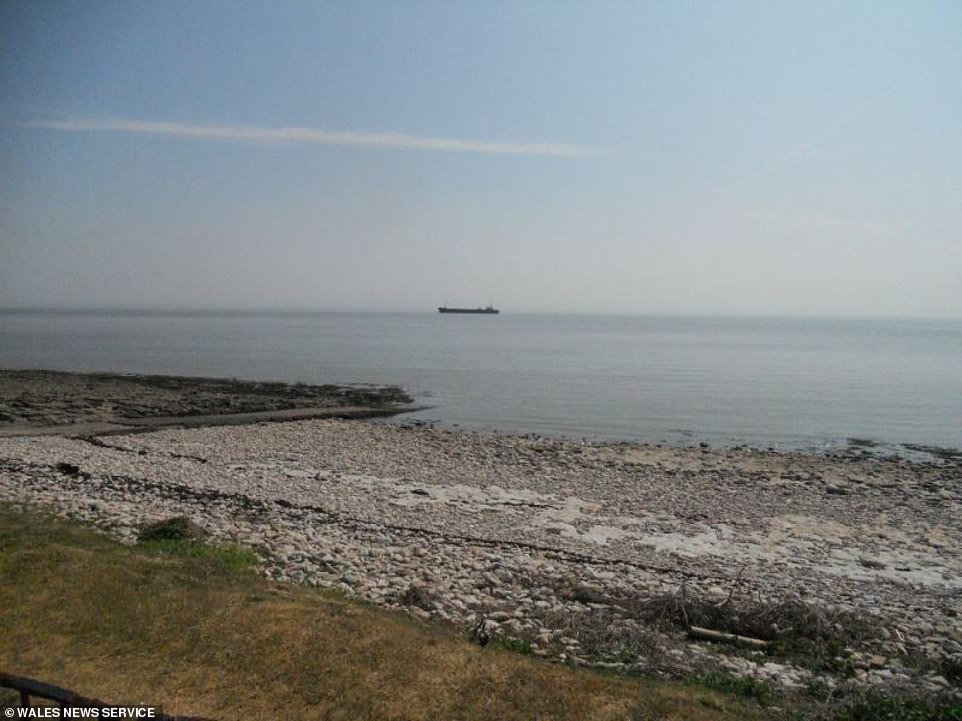 There you go: Anyone wishing to rent the property will also have exclusive access to a nearby pebble beach (pictured)

‘The property also has a double garage, parking for several cars, inner courtyard, a rear garden laid to lawn and a heated, outdoor swimming pool.’

Its understood that John bought the property after falling in love with Wales while spending long periods of time filming in the area for the BBC. 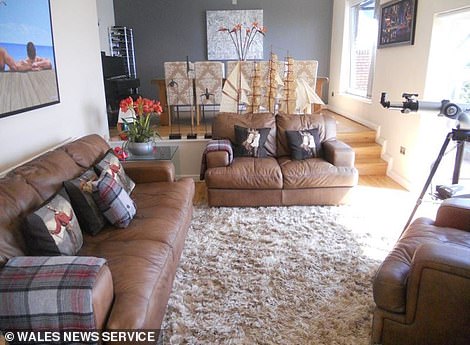 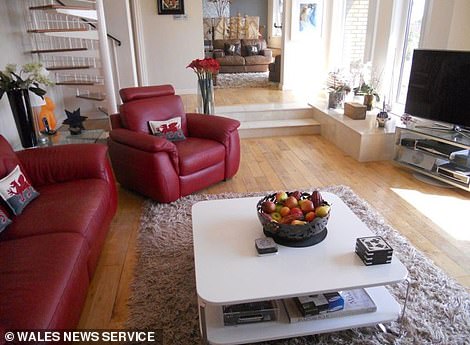 Not bad: Inside, the property is fully furnished with brown and red leather sofas dominating two separate living areas – giving potential tenants plenty of space to relax and unwind 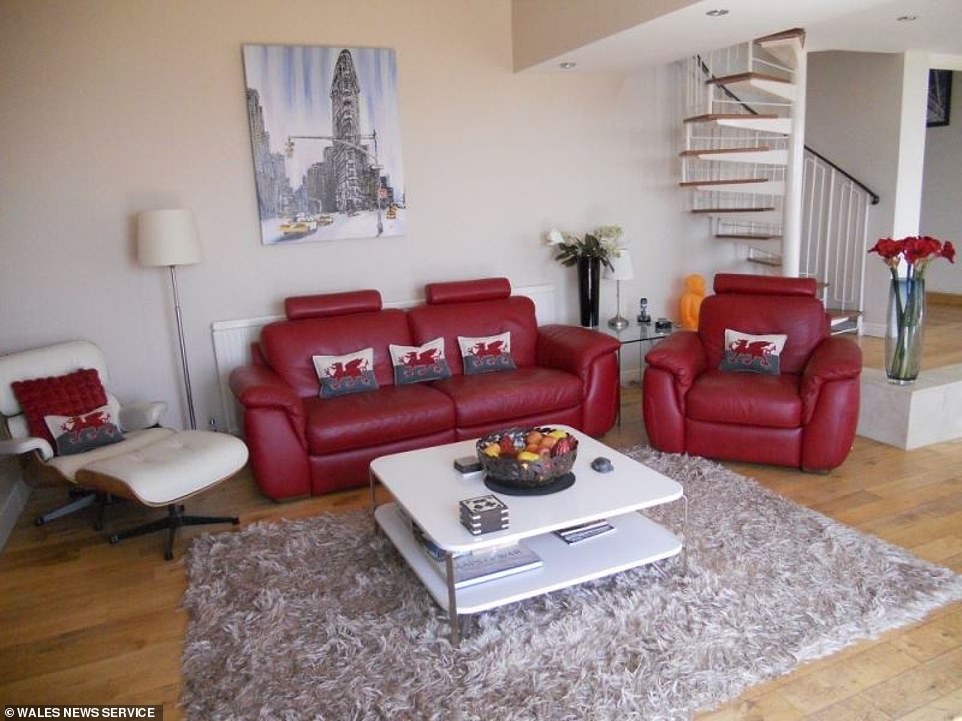 The actor is thought to have paid a modest £725,000 for the home in 2007, according to property website Right Move, and it has remained in his ownership ever since.

In 2010 Barrowman was forced to deny claims that he was leaving the area after arranging an enormous three day fire-sale of old belongings outside his home.

He told Wales Online: ‘I’m not moving, I love Wales too much.’

His agent also confirmed the actor had no plans to sell the property, adding: ‘I can confirm that John is not moving to the US. He will be shooting Torchwood over there for five months next year, however he will continue to live in Wales.’ 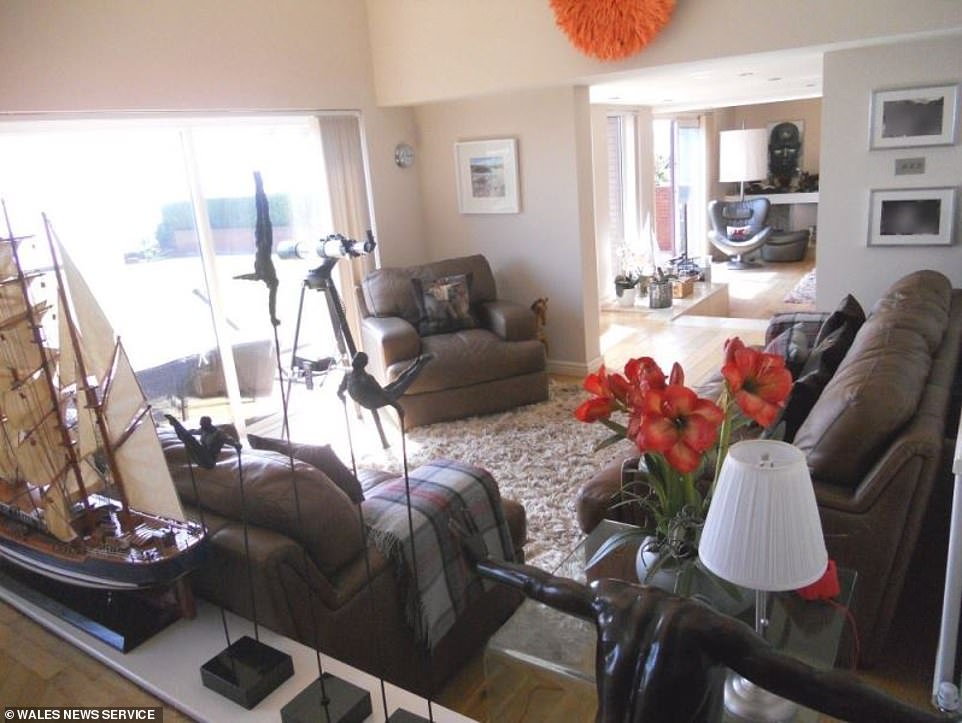 Separate: The two living areas are split level and both feature welcoming views of the Welsh coastline 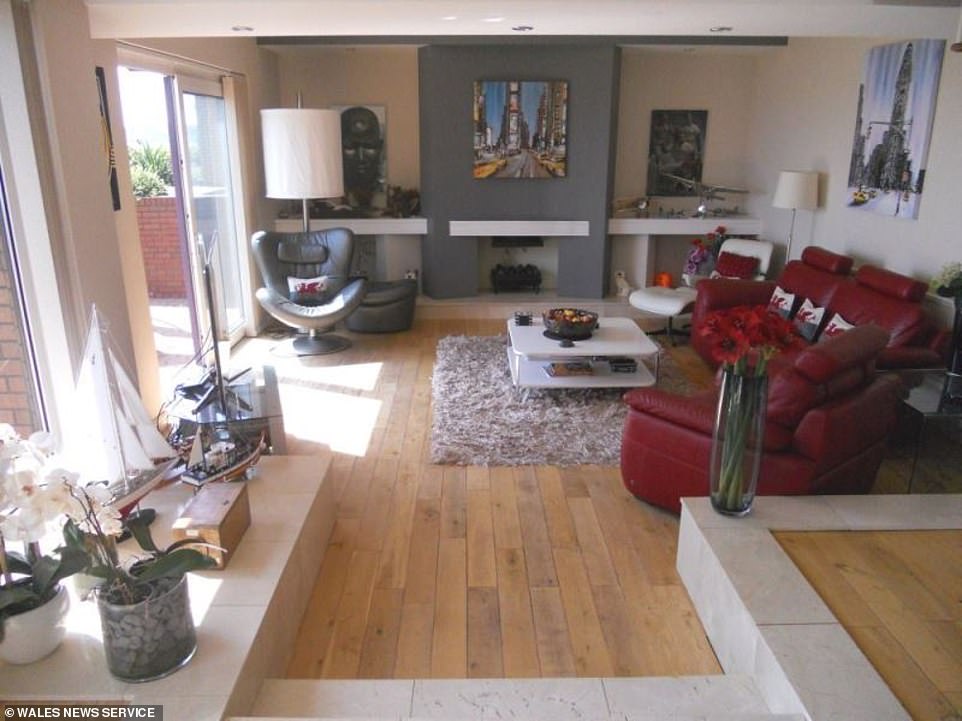 Nice: Polished wooden floors, a fixture throughout much of the four bedroom home, offer an additional touch of style 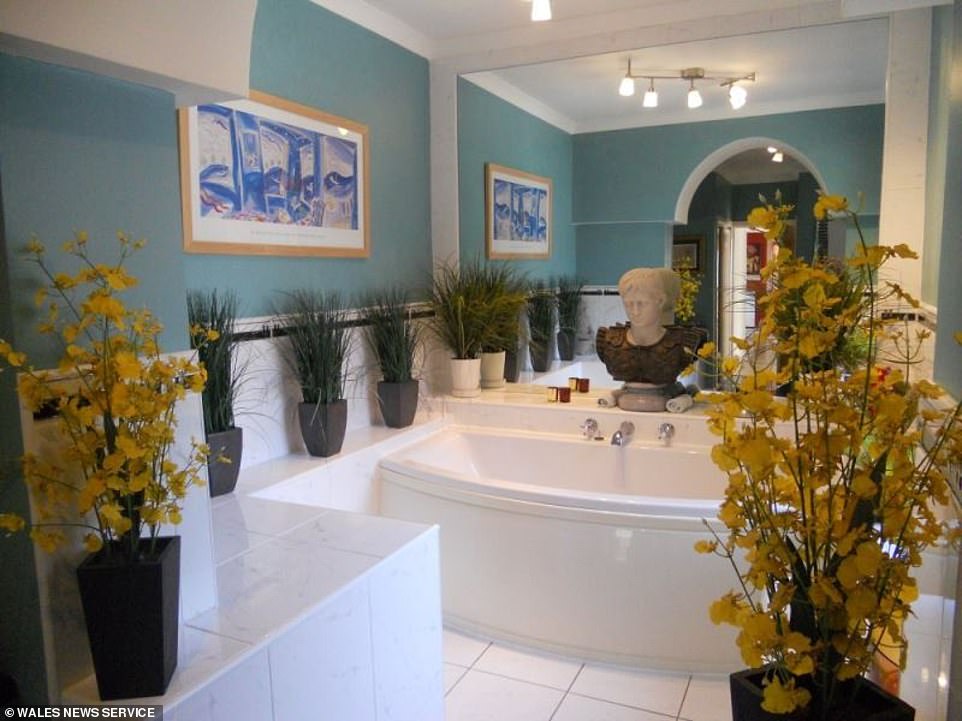 Come on in: The master bathroom features a tiled floor and a generously sized tub, surrounded by potted plants 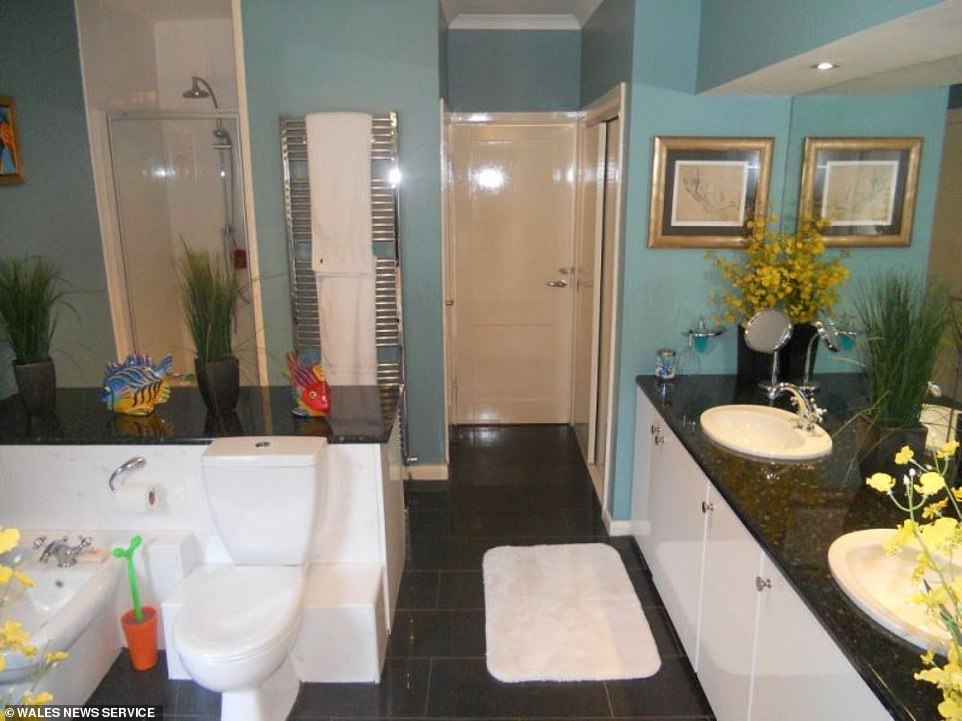 The actor has been away from the United Kingdom for the duration of lockown, choosing to spend his extended period of isolation with architect husband Scott Gill at their second home in Palm Springs, California – but he admits he’s found it tough.

Speaking to the Daily Mail from the United States in August, Barrowman said:  ‘A lot of the friends I speak to on a daily basis are in the UK. If Covid hadn’t happened we’d have been here only for a month.

‘I was going to be working on some stuff in the UK, but that all went out the window. Everything stopped. There’s nothing on the horizon until January.

‘I’m used to being busy, but there are only so many times I could lean the floor or the toilet. By the time I’d done it ten times I was thinking, “OK what do I do now?” Then it just hit me: I don’t have people I can ring up and talk to.’ 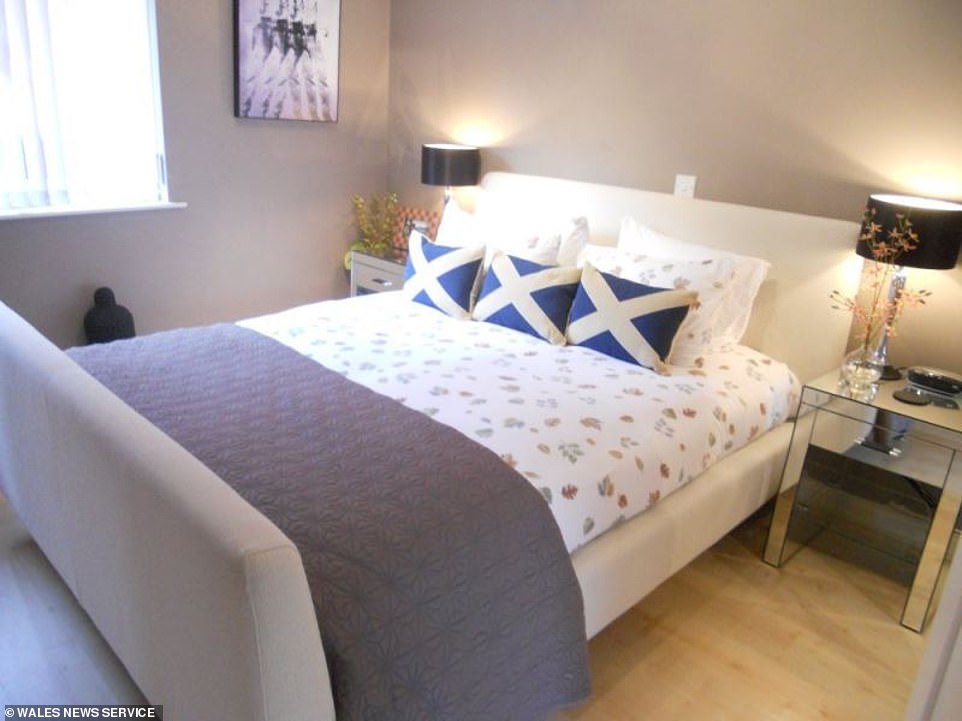 Roots: Cushions bearing the flag of Scotland pay tribute to the actor’s Scottish roots in one of the property’s four bedrooms 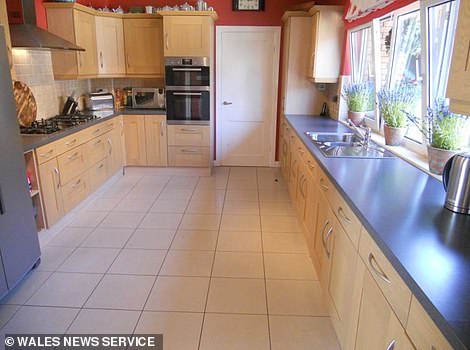 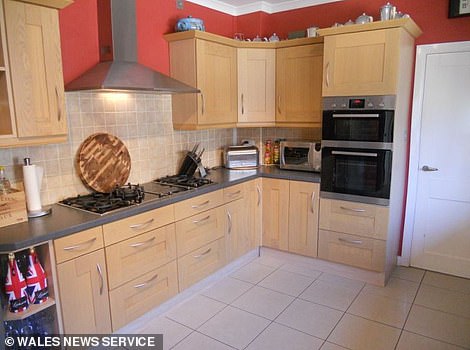 Let’s eat: A spacious, polished kitchen offers plenty of room for the prospective cook during those cosy nights indoors 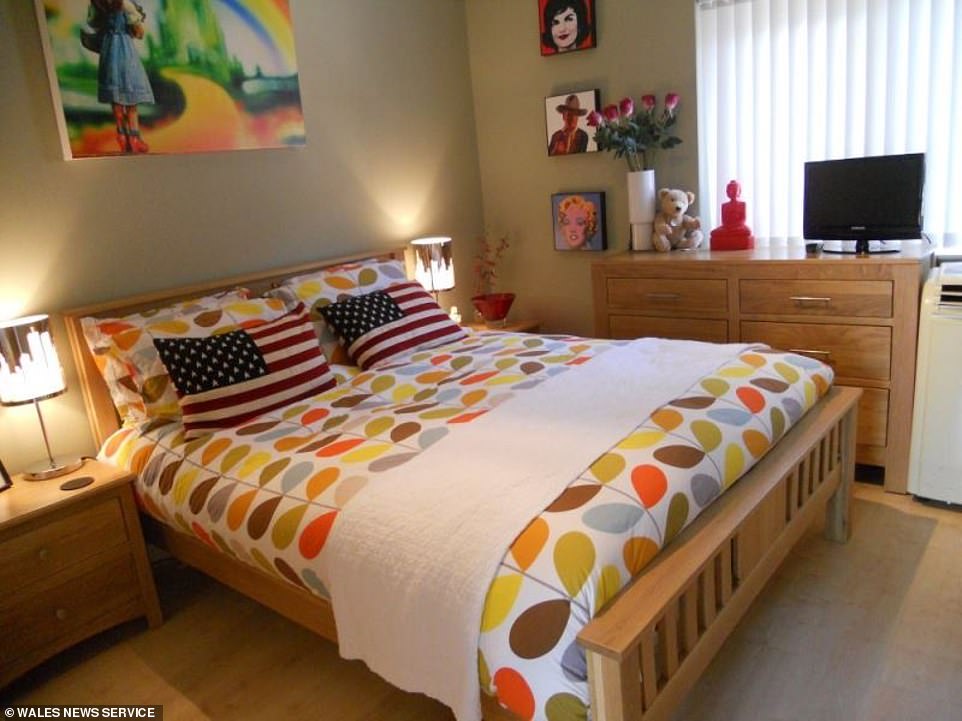 The actor is now giving serious thought to fatherhood, and has looked to other same sex couples for inspiration as he ponders the idea of having children.

‘I’d like a child of my own,’ he said. ‘Scott’s more into adopting an older child, but he’s always said to me, “If you’d like to have a baby you do it. I’ll obviously go along with it.”’

He added: ‘Lockdown has made us realise that we’ve a lot of time on our hands. I know I can work less now and spend more time at home, so there’s an epiphany.

‘I’ve been watching a lot of programmes on parenting. I also follow a lot of couples online and on Instagram — younger couples such as [diver] Tom Daley and his husband [Dustin Lance Black]. 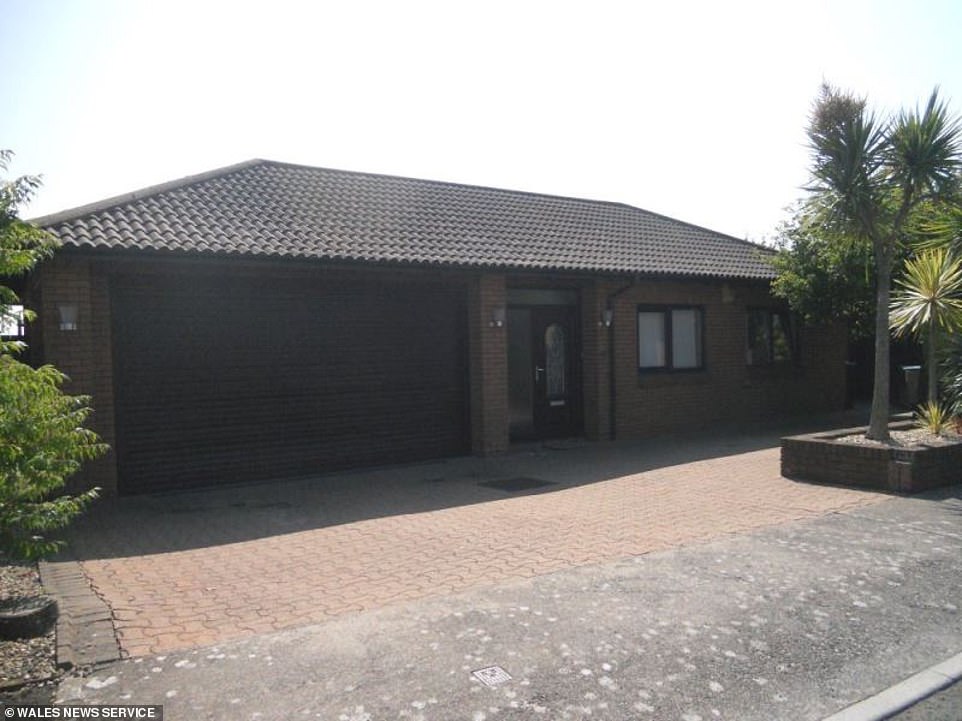 Park up: According to Zoopla ‘the property also has a double garage, parking for several cars and an inner courtyard’