Johnny Depp has been ordered to submit his drug and alcohol medical records by the judge presiding over his $50m defamation case against ex wife Amber Heard.

This comes after a dramatic hearing on Friday in which the actress’s lawyers were given permission to look into whether he may have abused other past partners.

Her lawyers want Depp, 56, to present his medical records, and other material related to his alcohol and drug use. 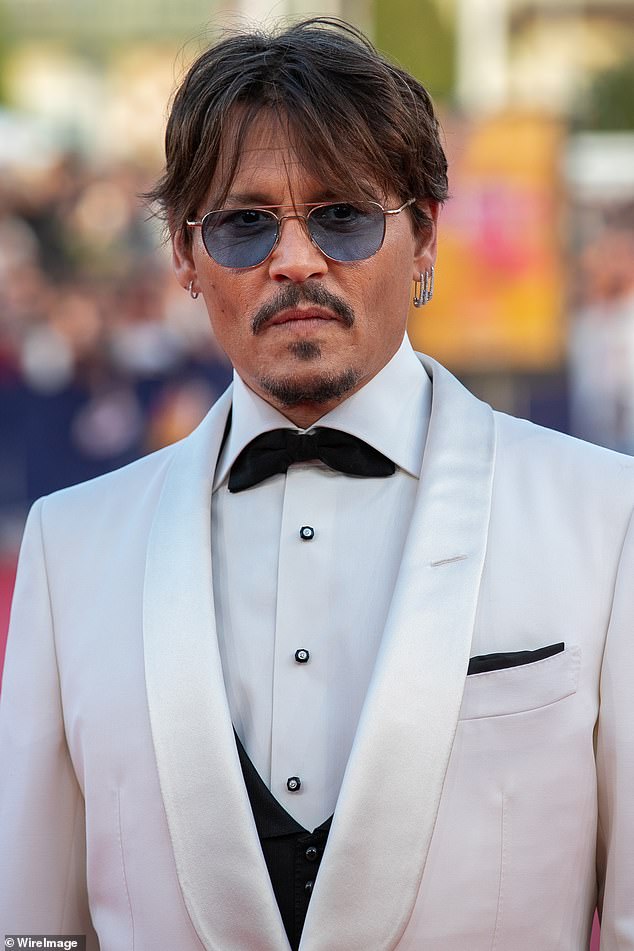 This is because they say it is what fuelled the physical abuse and so it is relevant to the case.

According to Deadline, Johnny has a certain amount of time to produce the documents. 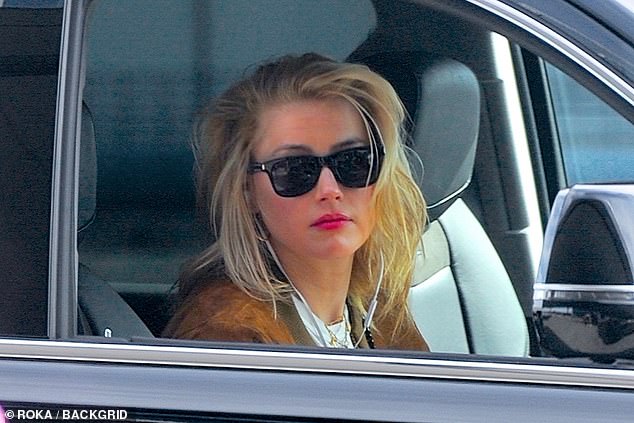 Defense: Heard’s team say the records are relevant because they say substance abuse is what fuelled the physical abuse and so it is relevant to the case (pictured on October 13)

Heard’s Virginia lawyer J. Benjamin Rottenborn said last month: ‘Mr. Depp cannot seek to litigate the truth of Ms. Heard’s allegations about his violent and abusive behavior while intoxicated, insist on proceeding without a protective order, and then blithely refuse to produce evidence that confirms the truth of those allegations on grounds of relevance and ‘privacy.’

However, Johnny’s lawyers have accused Heard’s team of trying to get access to his medical files to go on a ‘fishing expedition’ to embarrass and ‘harass’ him.

Despite Depp’s claims that it was irrelevant, the judge has decided to allow the application made on behalf of Heard, 33. 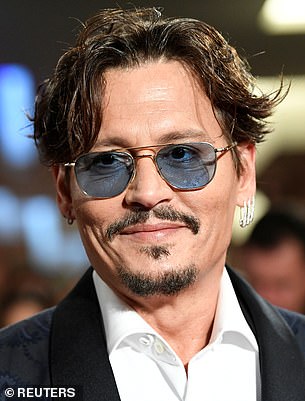 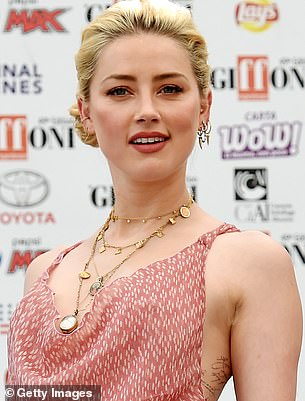 Waging war: Depp is suing Heard for $50million claiming she defamed him by writing an op-ed in 2016 about domestic violence

Depp is suing Heard for $50million claiming she defamed him by writing an op-ed in 2016 about domestic violence.

She did not include his name but he says she publicly implicated him by writing it.

Now, she is trying to prove that he did beat her during their short marriage – a claim that has long been denied by him throughout their divorce and subsequent spats.

On Friday, Heard’s attorneys also asked the judge to allow them to prove that Depp might have been violent towards other, past partners. 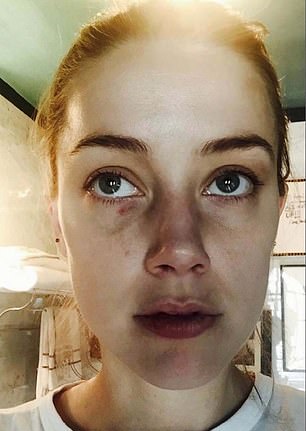 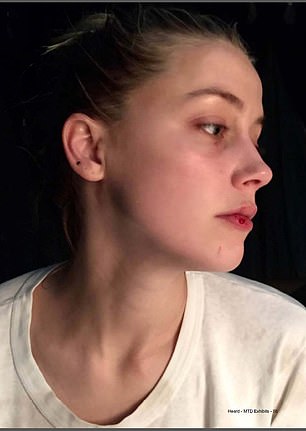 Heard has submitted photos in previous proceedings which she claims show injuries Depp gave her. He has long denied being violent towards her and is suing her for defamation

Heard’s team did not name of the other partners they claim he may have been was abusive towards.

Depp’s team fought it, saying it was irrelevant.

The judge then asked why he had stated in his lawsuit that he had never been domestically violent towards anyone.

His attorney said: ‘Mr. Depp understood that this case, since the public op-ed, is going to be in the public press. And so it’s important for him to say that.’ 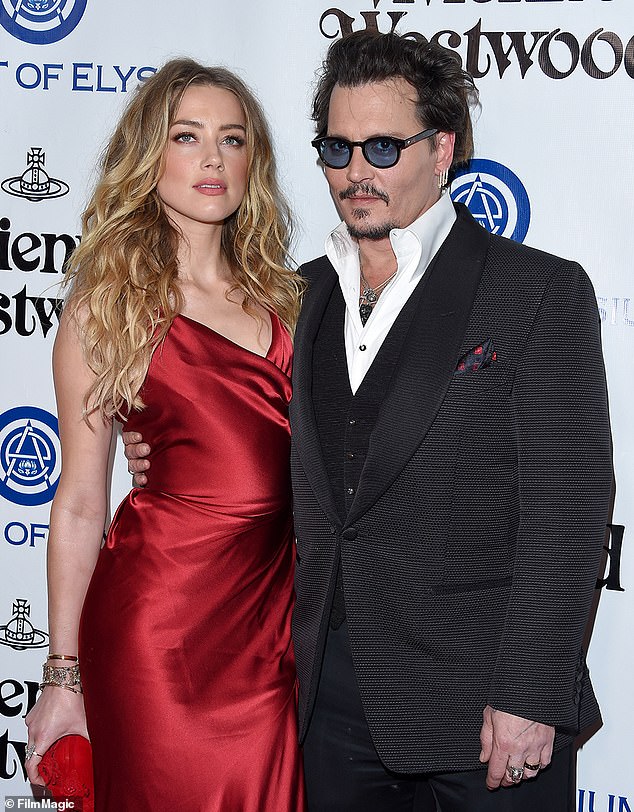 She also said it was ‘troubling’ that Depp’s actors submitted claims in their lawsuit against Heard for the purpose of having them reported on by the media.

Heard’s lawyers previously tried to keep the case private. She said she did not want aspects of her personal life or of the lives of people close to them to be made public.

Depp’s attorneys have repeatedly claimed he has ‘nothing to hide’.

His lawyer told DailyMail.com that Heard’s latest claims were part of a ‘notorious abuse hoax.’

‘Having been sued for defamation her notorious abuse hoax, Amber Heard’s #TimesUp lawyer doesn’t waste any time trying to prove the unprovable, or dispute the mountain of evidence showing her fraud.

‘Instead, they do what the guilty always do, compounding the original crime with new false abuse allegations and other smearing innuendo.

‘There is a public trial February 3, and that is when truth replaces PR.’

Among pieces of evidence which will become part of the court record are Heard’s texts with Tesla CEO Elon Musk, who she dated after breaking up with Depp.

Depp’s past partners include Vanessa Paradis, the mother of his two children who previously spoke out in defense of him and the allegation that he would be violent ‘outrageous’.

Others, who he dated in the 1990s, include Kate Moss and Juliette Lewis.

Heard’s attorney Roberta Kaplan told DailyMail.com on Monday they were happy with the outcome of Friday’s hearing.

‘It is Mr. Depp who started this lawsuit on the theory that Ms. Heard somehow made up all the abuse that forced her to obtain a restraining order against Mr. Depp back in 2016.

‘Now that the facts in his own lawsuit are making him uncomfortable, Mr. Depp wants to hide evidence commonly understood to be connected to incidents of domestic violence: his decades-long abuse of drugs and alcohol, his past history of violence, and medical records showing among other things the laundry list of prescription medications he takes daily and injuries from his drug-induced rages.’

She added: ‘Mr. Depp started this fight. Ms. Heard intends to finish it by proving, if necessary, the truth of what really happened.’

Meanwhile, Deadline also report that Depp has a December 2 trial start for his two-year-old, $50m malpractice lawsuit against his old lawyers at Bloom Hergott.

It will be followed on May 11 2020 with a trial following allegations that Depp punched a location manager on the set of yet to released City of Lies.

Gregg “Rocky” Brooks claimed in July 2018, that he was repeatedly hit by Depp ‘in the lower left side of his rib cage’ after having to inform the actor that filming that night in L.A. was going to have to wrap late. 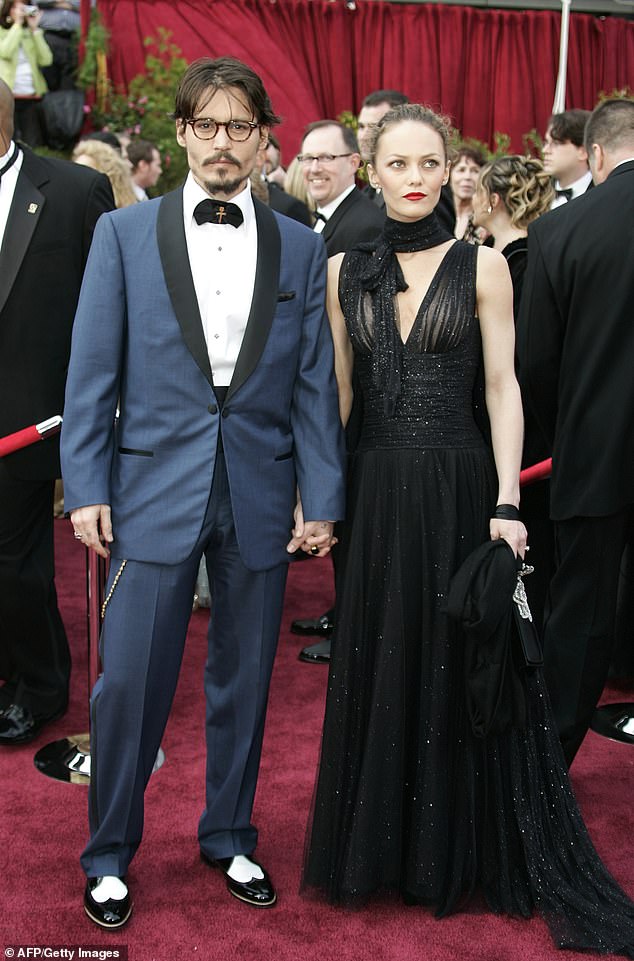 Depp’s only other long term partner, Vanessa Paradis, previously said Heard’s allegations against him were ‘outrageous’