Justin Bieber has been accused of lying to cover for his manager Scooter Braun during his for mocking Taylor Swift over her statements against the mogul.

The pop heartthrob, 25, appeared to take umbrage to Taylor’s charges that Scooter ‘bullied’ her in the past, posting a screenshot on Instagram of the manager and Kanye West on a FaceTime call with him in a move to disprove the claim.

But on Sunday, Justin issued an apology to Taylor for his post, claiming that he took a screenshot of the video chat and that Scooter had nothing to do with the post — only for fans to notice one glaring discrepancy in his claims. 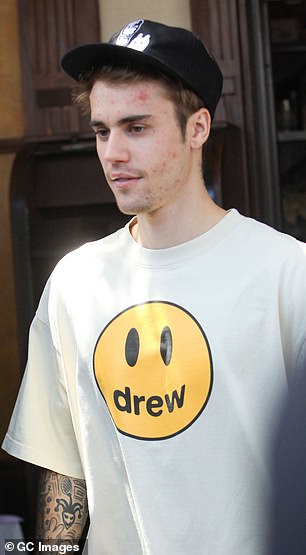 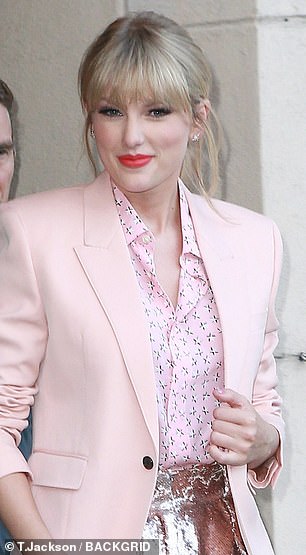 Accusation: Justin Bieber, left, has been accused of lying to cover for his manager Scooter Braun, right, during his for mocking Taylor Swift over her statements against the mogul

On Wednesday, a Twitter user with the handle @Princess_Arella demanded that Justin ‘stop the lies’, after pointing out that if he had indeed taken the screenshot, his face wouldn’t have been in the larger part of the screen, as was the case.

‘THEN HOW IS HE THE BIG ONE ON THE SCREEN??????? scooter obviously sent him it and made him post it… STOP. THE. LIES. #WeStandWithTaylor.’ [sic] 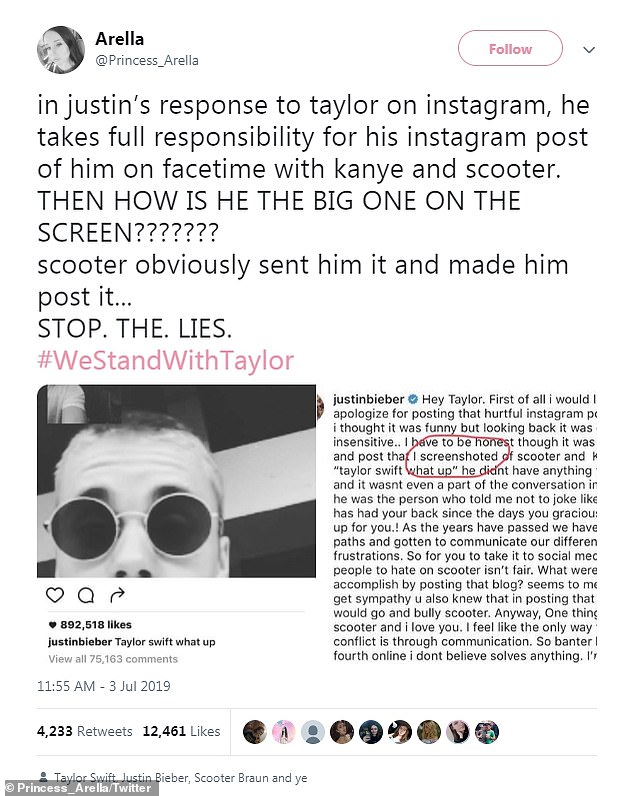 The post received an outpouring of support from Taylor’s fans, a large number of whom signed off their tweets with the popular hashtag ‘#WeStandWithTaylor’.

MailOnline has contacted representatives for Taylor and Justin for comment.

Justin’s rebuke of Taylor’s Tumblr post provoked a backlash from stars including Cara Delevingne, who called out the attitude of the star and his wife Hailey Baldwin.

The Canadian singer had first appeared to apologised to Swift for a 2016 Instagram in which he’s seen with Braun and Kanye West, a post she accused him of sharing as a way to bully her online.

But Bieber then went on in his Instagram post to question why she would use social media to attack Braun for his $300 million purchase of Big Machine Label Group, saying she knew it would prompt her fans ‘to hate on’ the music manager. 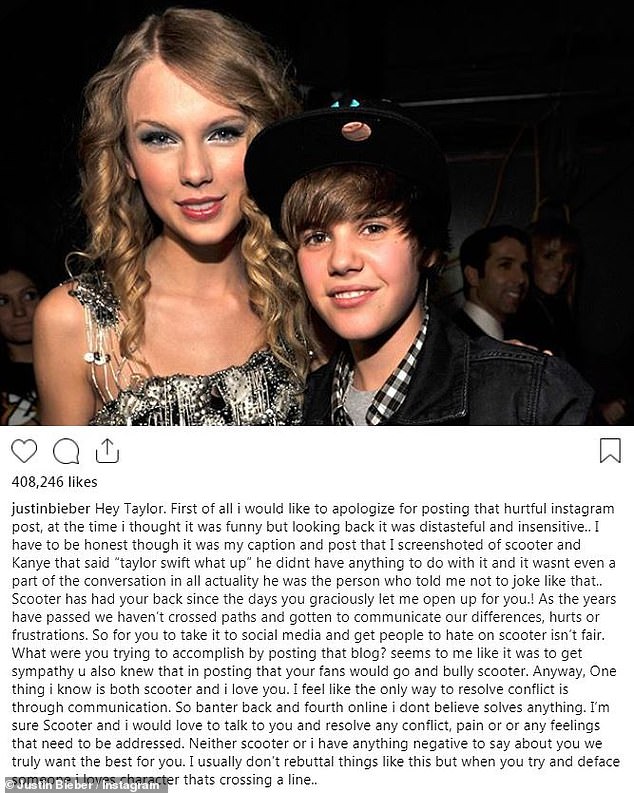 Rounded: Justin leapt to the defence of his manager Scooter Braun in response to Taylor Swift’s Tumblr post denouncing his purchase of all her old music masters

‘For you to take it to social media and get people to hate on scooter isn’t fair. What were you trying to accomplish by posting that blog?’ he wrote. ‘seems to me like it was to get sympathy u also knew that in posting that your fans would go and bully scooter (sic).’

The What Do You Mean hitmaker had captioned a throwback photo of himself and Swift together, showing both of them looking a lot younger.

‘Hey Taylor. First of all i would like to apologise for posting that hurtful Instagram post, at the time i thought it was funny but looking back it was distasteful and insensitive..,’ Bieber began.

‘I have to be honest though it was my caption and post that I screenshoted of scooter and Kanye that said “taylor swift what up” he didnt have anything to do with it and it wasnt even a part of the conversation in all actuality he was the person who told me not to joke like that.. Scooter has had your back since the days you graciously let me open up for you.!(sic)’ 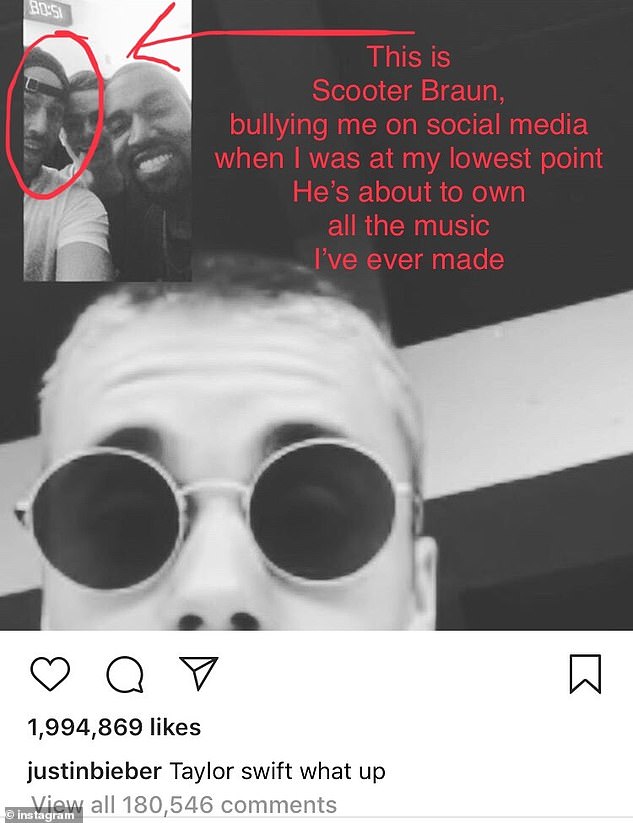 What’s up? Swift had earlier shared this screenshot of Bieber’s August 2016 Instagram post in which he’s he’s FaceTiming Braun and Kanye West as proof of Braun’s bullying tactics

Bieber went on: ‘I’m sure Scooter and i would love to talk to you and resolve any conflict, pain or or any feelings that need to be addressed. Neither scooter or i have anything negative to say about you we truly want the best for you.’

He concluded: ‘I usually don’t rebuttal things like this but when you try and deface someone i loves character thats crossing a line..’ [sic]

It emerged on Sunday that Scooter Braun’s Ithaca Holdings had purchased Big Machine Label Group from Scott Borchetta, which released all of Swift’s studio albums and owns her masters, in a $300 million deal.

Swift signed her deal with Big Machine back in 2005 when she was 15 years old. Under the terms of her deal, which is standard for most artists, the record label owns the rights to her music. 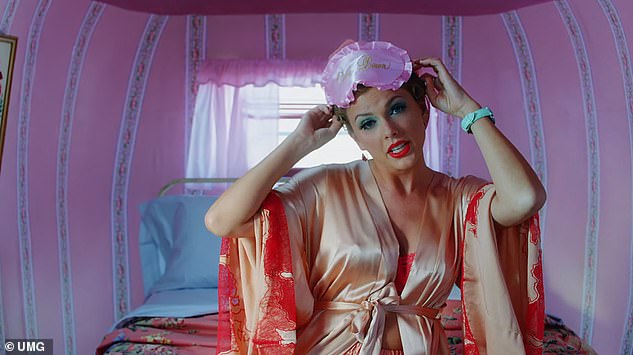 Not so calm: Taylor shared her thoughts on someone she intensely dislikes coming to own her first six albums

The music she produced under that deal includes everything from her 2006 self-titled debut album to her 2017 Reputation album.

It is standard practice in the music industry for an artist to sign away the master rights to their recordings but Swift says she tried to gain ownership of her recordings for several years.

When she announced she had signed with Universal Music group in November, Swift said it was exciting to know that she would own her future master recordings.

Following the news on Sunday that Big Machine had been acquired by Braun’s Ithaca Holdings, Swift posted a scathing Tumblr post claiming that the label didn’t offer her the chance to buy her catalogue and didn’t inform her of the sale.

The sale prevents Swift from owning the first six albums in her catalogue.

Speaking up: Swift poured her heart out in her Tumblr post ‘s full

Swift accused Braun of subjecting her to years of manipulative bullying, referencing clashes with Kim Kardashian and Kanye West.

Swift claimed in her Tumblr post that she had learned of the sale of Big Machine Label Group from the news.

She wrote: ‘Scooter [Braun] has stripped me of my life’s work, that I wasn’t given an opportunity to buy. Essentially, my musical legacy is about to lie in the hands of someone who tried to dismantle it,’ she wrote. 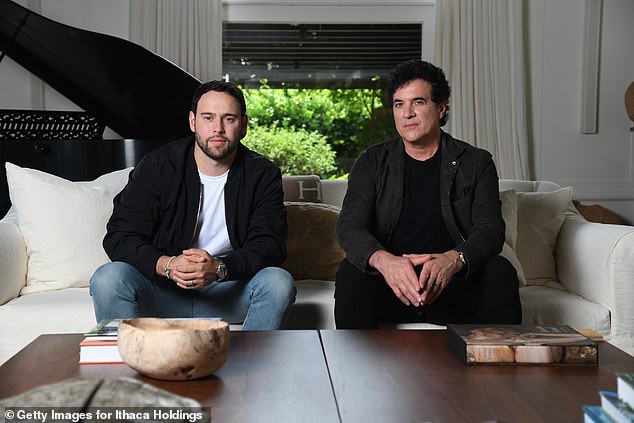 The Bad Blood superstar explained how she felt it was just one more way in which Braunhad tried to belittle her: ‘Like when Kim Kardashian orchestrated an illegally recorded snippet of a phone call to be leaked and then Scooter got his two clients together to bully me online about it,’ she wrote on Tumblr.

She explained she always wanted to own her own music, but entered the industry at the age of 15 and couldn’t fight for herself.  She signed with Big Machine Records and knew that when owner Scott Borchetta sold the label, he’d be selling her legacy.

But, she said, she never expected it to be sold to Braun’s company Ithaca Holdings LLC.

‘Any time Scott Borchetta has heard the words “Scooter Braun” escape my lips, it was when I was either crying or trying not to. He knew what he was doing; they both did. Controlling a woman who didn’t want to be associated with them. In perpetuity. That means forever,’ she wrote.

In 2018 Swift signed with Republic Records, a label under the Universal Music Group.

‘Thankfully, I am now signed to a label that believes I should own anything I create. Thankfully, I left my past in Scott’s hands and not my future,’ Swift said.

‘And hopefully, young artists or kids with musical dreams will read this and learn about how to better protect themselves in a negotiation. You deserve to own the art you make,’ she added.

She ended her post saying ‘sad and grossed out’.

Her next album, Lover, is scheduled to be released on August 23. 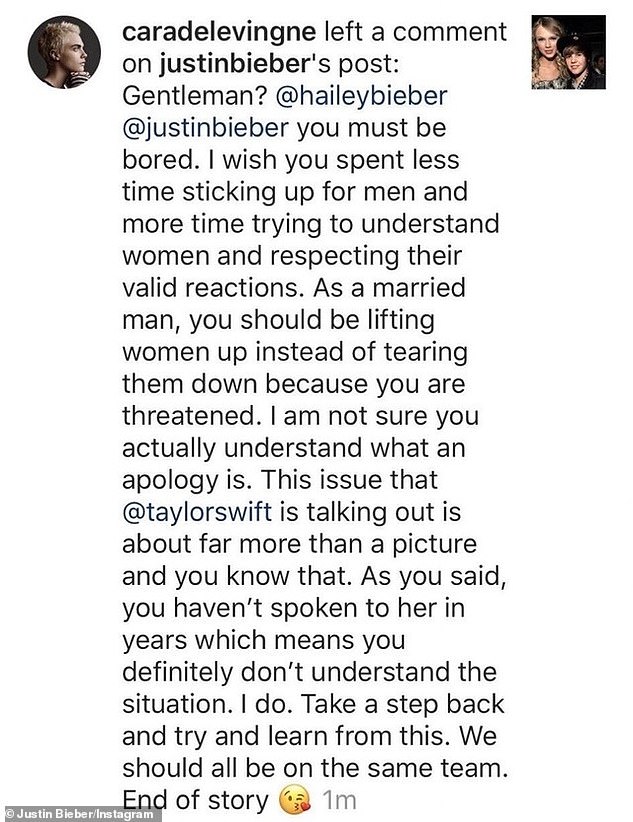 Scathing: The Suicide Squad star blasted Justin Bieber and his wife Hailey for taking sides with Braun, whom Swift accused of bullying her over the years