Justin Bieber opened up about his health struggles to the world this week.

But the 25-year-old and his wife, Hailey Bieber, appeared to be carrying on with life as usual when they were spotted enjoying an early morning breakfast date at M Cafe in West Hollywood.

The Yummy singer revealed that he suffers from Lyme disease as well as chronic mononucleosis in a candid Instagram post that he shared on Wednesday. 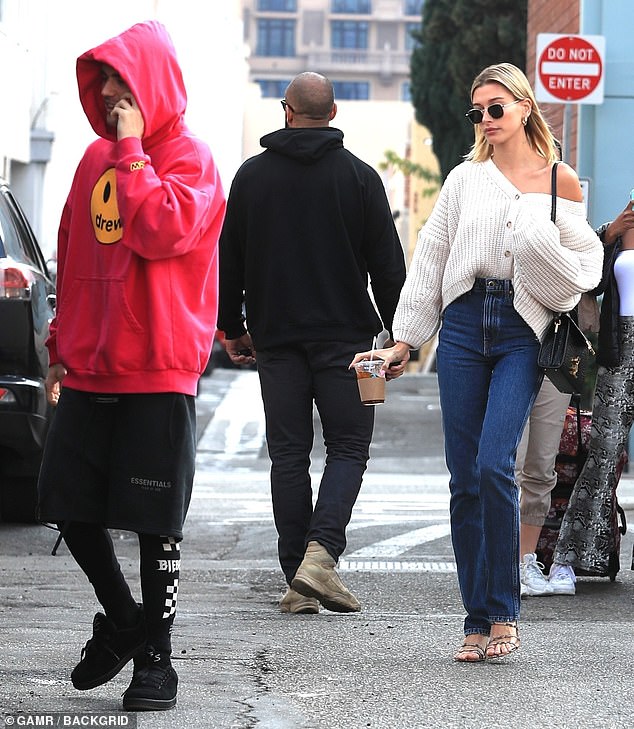 The couple arrived in good spirits to the popular West Hollywood food joint.

Justin proved to be his own best advertisement as he sported an electric pink hoodie from his clothing line, Drew.

He paired his smiley face sweatshirt with comfy black basketball shorts which he layered over leggings branded with the singer’s name.

His bleach blonde locks looked rather unruly as they poked out from the hood of his sweatshirt. 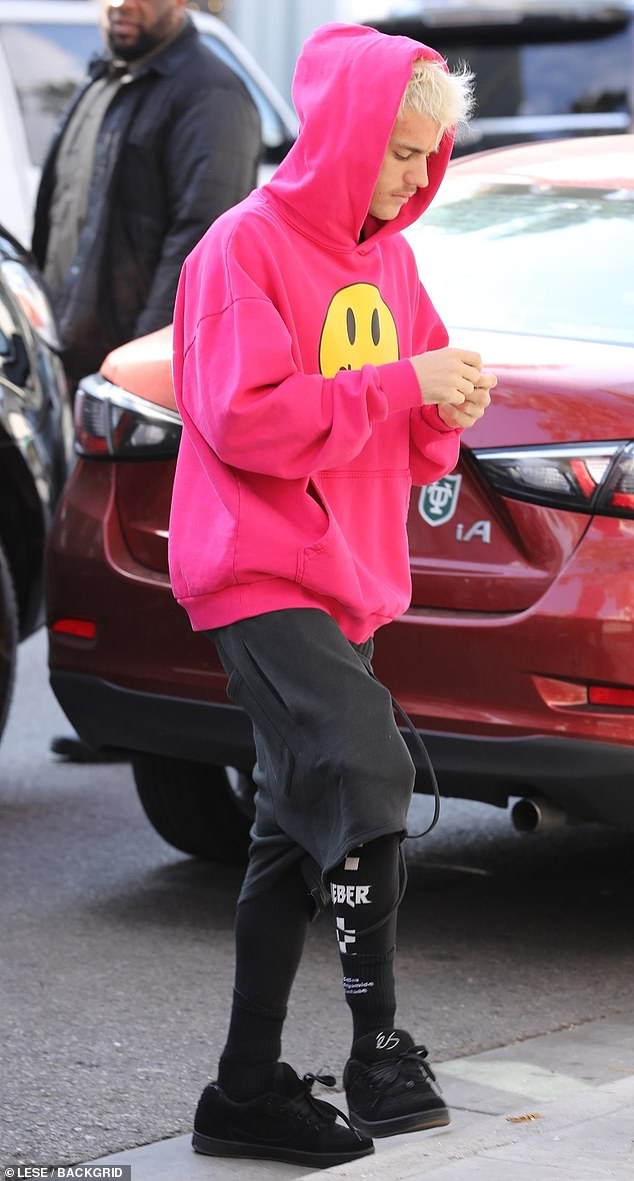 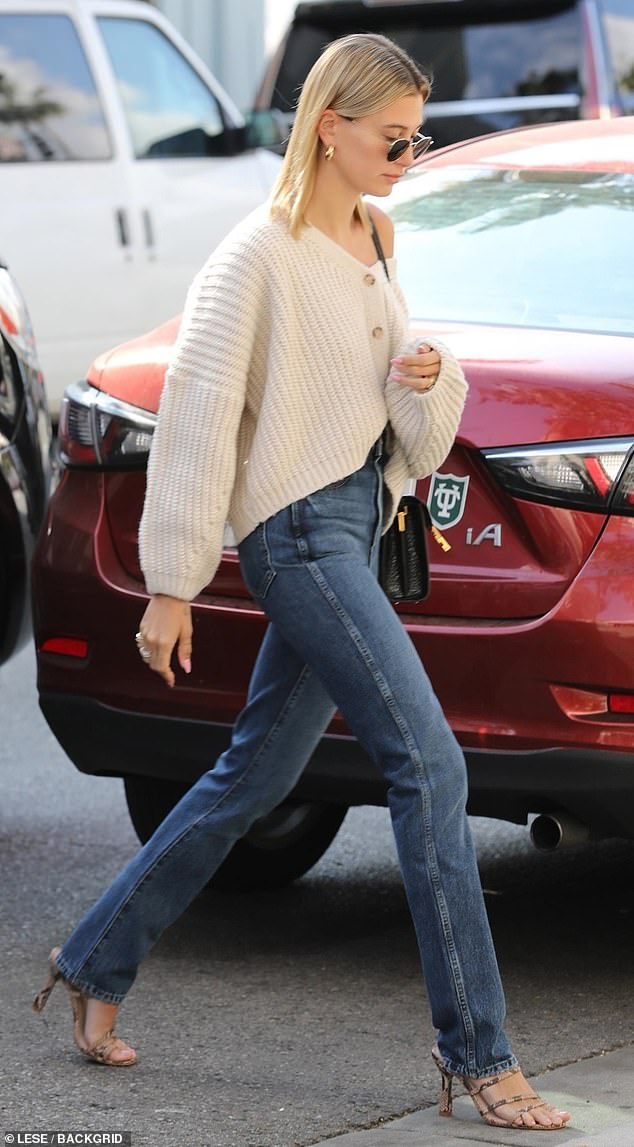 Wife Hailey dressed up a bit for the couple’s impromptu breakfast date.

She donned an oversize cropped sweater coordinated with a pair of dark wash high-waisted denim.

On the model’s feet were a pair of stylish strappy snakeskin heels.

The 23-year-old shielded her eyes from the LA sun with aviator shades that matched her standard gold hoops.

The couple chose to dine at M Cafe which is known for its vegan and Paleo diet options.

Both diets are recommended for those, like Justin, who suffer from auto-immune disorders. 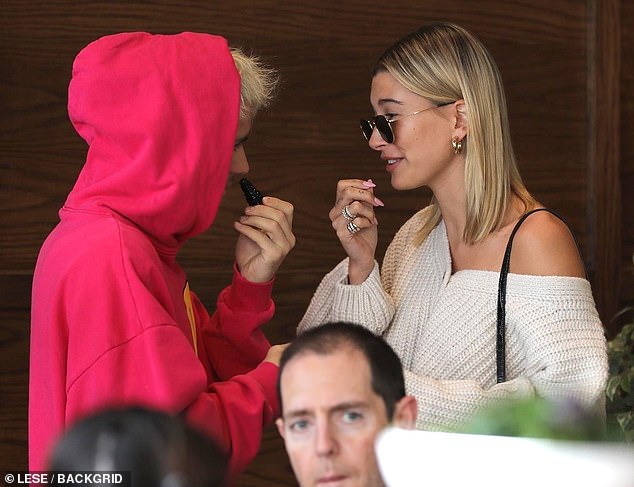 Happy couple: Justin and Hailey appeared to be in good spirits as they patiently waited for their food 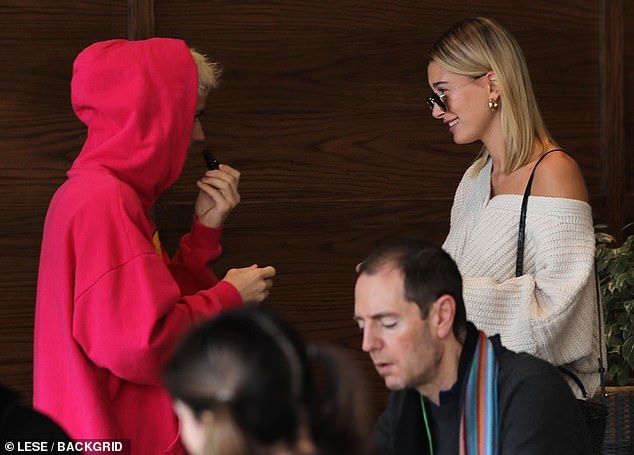 Yummy: The couple chose to dine at M Cafe which is known for its vegan and Paleo diet food options

The Yummy singer’s Lyme Disease diagnosis came out when the singer slammed trolls who had previously said he ‘looks like sh*t’ and accused him of being ‘on meth’ in a candid post on his Instagram on Wednesday.

He added that he has also been struggling with ‘mono’, which is caused by the Epstein-Barr virus.

He wrote on Wednesday: ‘While a lot of people kept saying Justin Bieber looks like sh*t, on meth etc. they failed to realize I’ve been recently diagnosed with Lyme disease, not only that but had a serious case of chronic mono which affected my, skin, brain function, energy, and overall health.’ 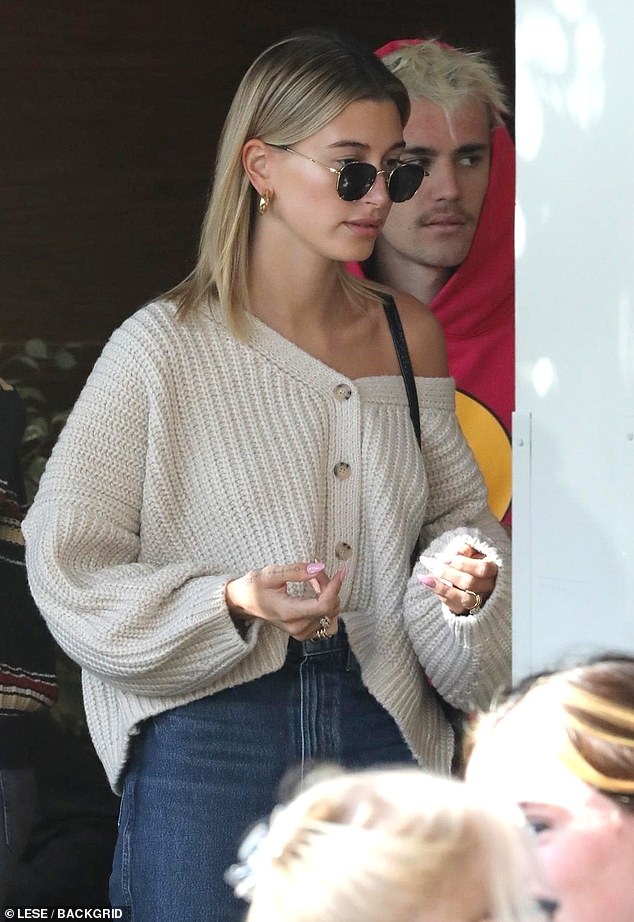 Bieber is set to open up about his secret health battle in his new 10-part documentary series, which will be released on January 27 on YouTube.

In addition to his new documentary, Justin will also be back performing on stage.

The pop star has been announced as a performer at the upcoming 2020 iHeartRadio Awards, which is set to take place on March 29. 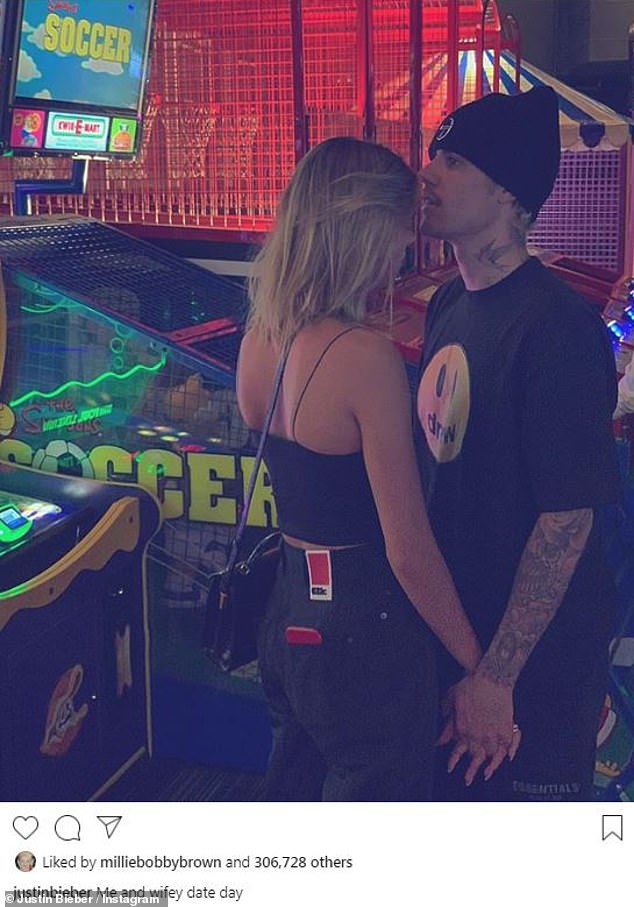