Kanye West had a strong retort to Howard Stern, after the shock jock compared him to Adolf Hitler for his recent anti-Semitic rants.

West, 45, appeared on the Lex Fridman Podcast in a segment posted Monday, where he spoke about his recent spate of controversies, at one point segueing into a series of barbs at the satellite radio star.

‘What is the version of the apology short of kissing Howard Stern’s d***?’ West said. ‘That’s the whole point, Howard Stern, nobody wants to kiss your d*** so shut the f*** up!’ 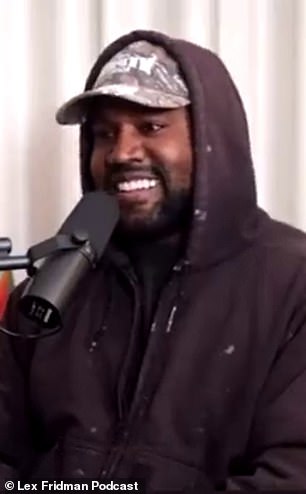 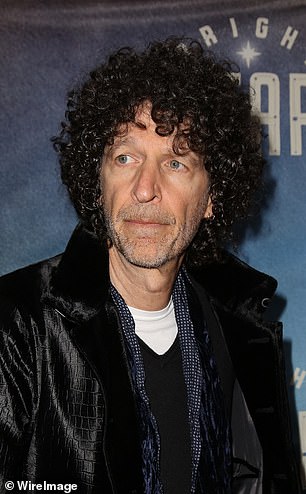 The latest: Kanye West, 45, had a strong retort to Howard Stern, 68, after the shock jock compared him to Adolf Hitler for his recent anti-Semitic rants

West acknowledged he was ‘antagonizing’ Stern, who he was once a fan of, but now feels his time has passed.

Said West: ‘By the way, I’m antagonizing you Howard Stern, I used to be a fan of you; now you’re just doing clickbait like everybody else, now you’re just a sad old man Howard.

‘Now, Howard Stern, this is the first time anyone’s said your name in years – your family doesn’t say your name unless they’re calling to get their bills paid.’

West wondered if Stern was going to be ‘screaming at’ him over his comeback. He said of Stern, ‘I think he’s just jealous – not just jealous of my c***, he’s jealous that I started my campaign earlier than him. You gotta let go of that jealousy, Howard.’ 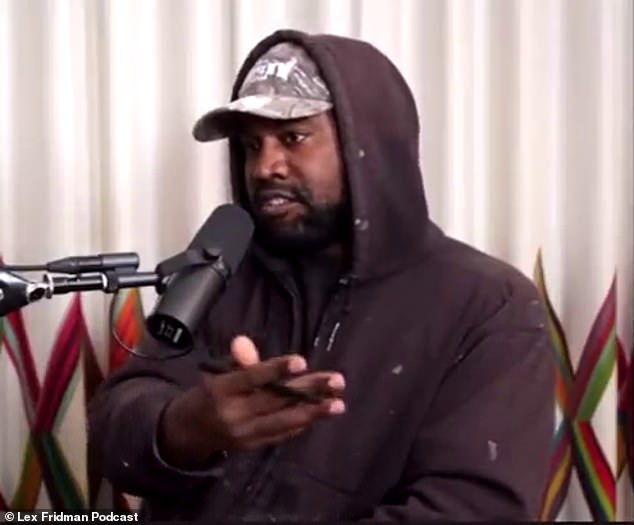 West acknowledged he was ‘antagonizing’ Stern, who he was once a fan of, but now feels his time has passed 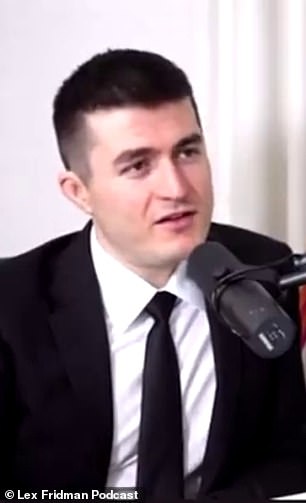 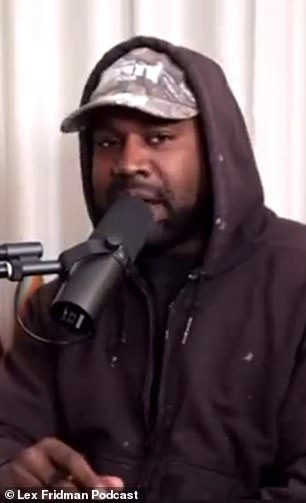 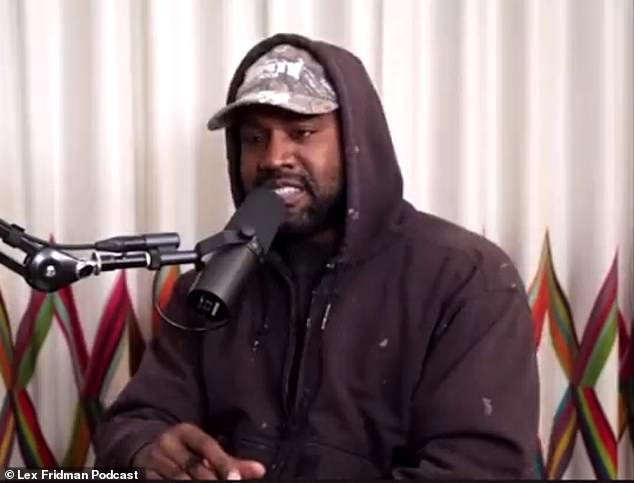 The rapper said, ‘Now, Howard Stern, this is the first time anyone’s said your name in years – your family doesn’t say your name unless they’re calling to get their bills paid’

West spoke out days after Stern said that the ordeal surrounding West was ‘depressing,’ saying that West ‘used to be fun crazy,’ and ‘now he’s like Hitler.’

‘I almost don’t want to give any energy to this Kanye West character,’ the radio veteran said last week on The Howard Stern Show. ‘I don’t know much about Kanye West. I’m not big into the rap scene, but he is … I’m really tired of people excusing his behavior by saying, “Well, he’s just mentally ill.”‘

Stern’s co-host Robin Quivers chimed in, ‘So was Hitler and someone elected him to run a country.’ 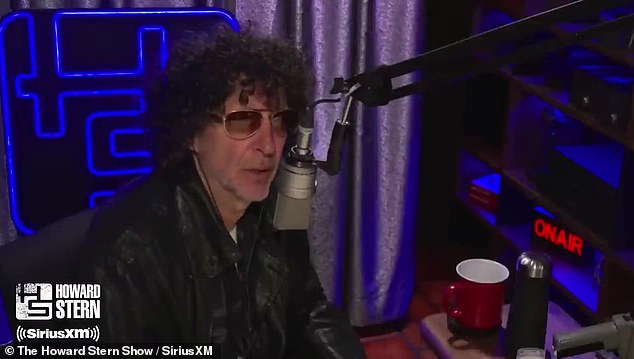 Stern noted how ‘a lot of media organizations’ were giving West ‘attention’ over it ‘and rightly so’ in ‘exposing him.’

Stern, who is Jewish, went on to note how he has experienced anti-Semitic behavior earlier in his life in ‘fights’ and ‘groups of people with chains hitting’ him.

He continued, ‘Boy, what this guy’s into, it’s the same old stuff with the Jews, you know … but anyway, Kanye was on the Chris Cuomo show, and good lord, you gotta hear the s*** this guy’s into, and f*** this mental illness, self-defense thing that he’s into, you know, like, “Oh yeah, he’s just mentally ill, don’t worry about it.”‘ 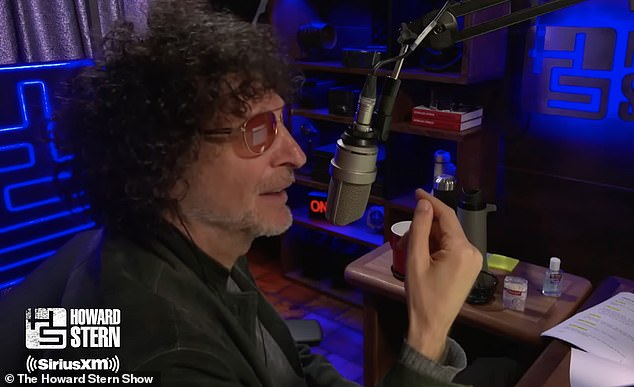 Stern said, ‘If he’s so mentally ill, why don’t they appoint a conservator over his money like they did with the poor Britney Spears?’ 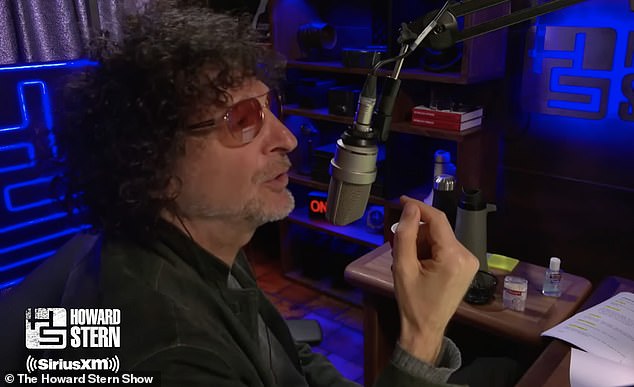 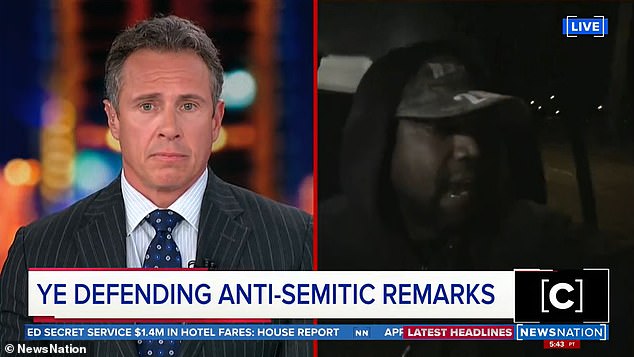 Stern responded, ‘If he’s so mentally ill, why don’t they appoint a conservator over his money like they did with the poor Britney Spears?’

Stern played a clip from a chat with Chris Cuomo in which West said he faced professional consequences from the ‘Jewish underground media mafia’ via the canceling of a series of shows he had set for SoFi Stadium; propagating the notion that he is ‘crazy;’ and never referring to him as a ‘billionaire,’ ‘inventor,’ ‘tycoon’ or ‘visionary.’

Stern retorted, saying, ‘Guess what, douchebag? When they write about me, they call me the shock jock – you don’t have control over – you’re a rapper, that is what you are, that’s how you became famous.’

He added: ‘If a newspaper article doesn’t point out the fact that you’re some sort of designer or genius, maybe that’s not because he’s Jewish, but maybe because he just doesn’t put that much thought into who the f*** you are and what your business is.’

Stern described the series of events as ‘so depressing,’ saying, ‘Kanye used to be fun crazy – now he’s like Hitler.’

West’s turbulent month of race-related controversies kicked off October 3 when he and conservative commentator Candace Owens donned tops that read White Lives Matter during a Paris Fashion Week showcase for his Yeezy line.

West faced restrictions on his social media sites after he tweeted October 8: ‘I’m a bit sleepy tonight but when I wake up I’m going death con 3 On JEWISH PEOPLE … The funny thing is I actually can’t be Anti Semitic because black people are actually Jew also … you guys have toyed with me and tried to black ball anyone whoever opposes your agenda.’

West was asked by Piers Morgan last week if he regretted the tweet and he said, ‘No – absolutely not, absolutely not … I fought fire with fire – I’m not here to get hosed down – that’s a different type of freedom fighter.’ 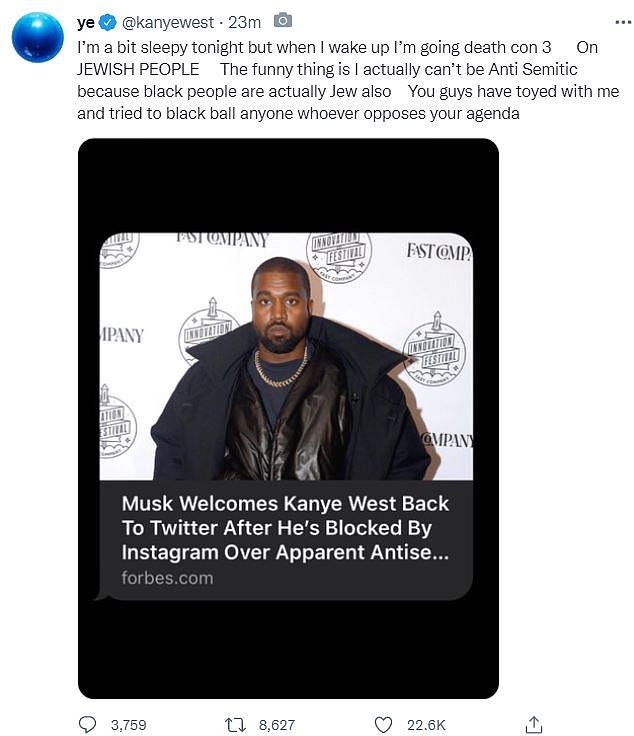 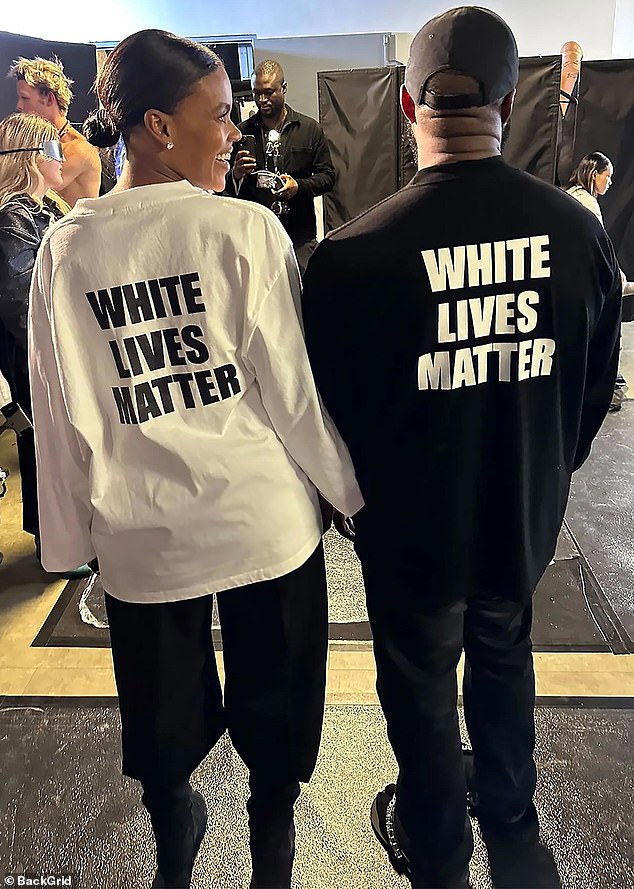 West’s name made further headlines over the weekend after a group took to the 405 Freeway in Los Angeles saluting Adolf Hitler with banners that read, ‘Kanye is right about the Jews’ and ‘Honk if you know.’

The professional fallout to West’s repeated anti-Semitic statements continued Tuesday as Adidas announced it was immediately cutting ties with the controversial artist and his Yeezy line in a move it said expected to lose around $246 million on.

‘Adidas does not tolerate antisemitism and any other sort of hate speech,’ the company said Tuesday. ‘Ye’s recent comments and actions have been unacceptable, hateful and dangerous, and they violate the company’s values of diversity and inclusion, mutual respect and fairness.’

Foot Locker and Gap have also pledged to remove Yeezy from its shelves, while fashion mainstays including Vogue magazine and Balenciaga have publicly distanced themselves from the rapper/fashion designer.

The talent agency CAA dropped West from its roster, while a documentary about West made by the studio MRC will be shelved in the wake of the scandal.