Home » Celebrities » Kardashian-Jenner Sisters Dressed Up As Kris Jenner's Iconic Moments For Her 67th Birthday: ‘You Got Krissed!’

They did amazing, sweetie!

The Kardashian-Jenner family and their friends came together on Friday night to celebrate Kris Jenner’s 67th birthday at a special dinner – during which they all dressed up as some of the momager’s iconic looks from over the years! Kim Kardashian led the charge, sporting a glittering green dress, bowtie, and pixie cut. She showed off the ensemble on Instagram Story, saying:

“OK, it’s my mom’s birthday dinner and it was dress up as your best Kris. Does this one look familiar, guys? The Christmas card from 10 years ago and we did that music video in it.” 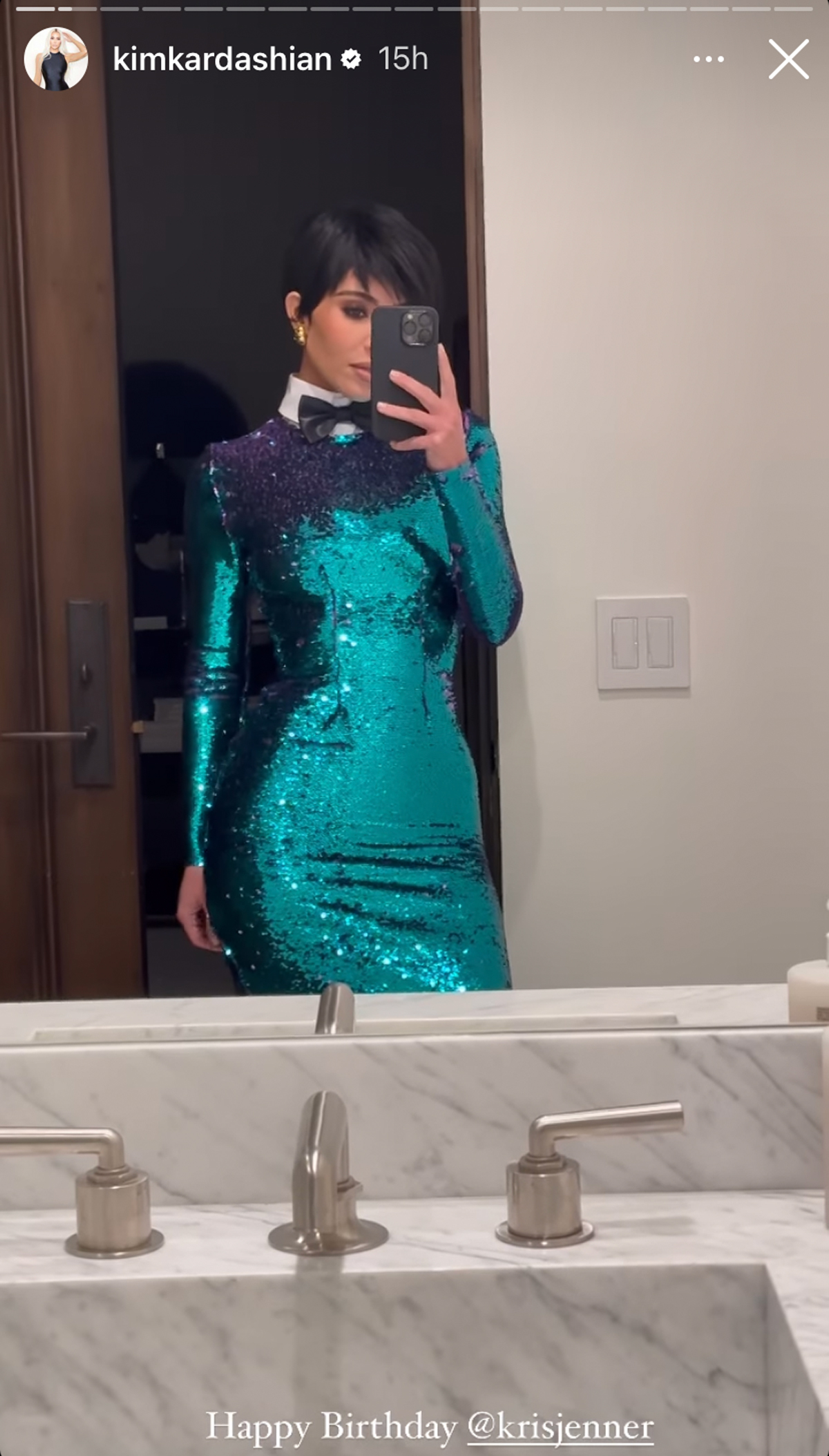 Obviously, the look is a nod to the TikTok trend of getting “Krissed,” where users tend to make a false claim and then cut to an old clip of Kris dancing and lip-synching to Lady Marmalade. Think of it as getting “Rick Rolled.” And of course, Kimmy Kakes took the opportunity to recreate the viral video on TikTok. Ch-ch-check it out (below):

And that wasn’t the only legendary look at the party! The 42-year-old reality star also showed off her other sisters Khloé Kardashian, Kylie Jenner, and Kourtney Kardashian outfits for the night. The Good American founder honored her momma by rocking the floral pantsuit, white fur coat, and blonde hairstyle that became an infamous online meme. Meanwhile, Kylie wore a look from “1989 Kris Jenner” – as Kourt described it – wearing an elegant black gown. The Poosh founder then recreated Kris’ cameo from Ariana Grande’s Thank U Next music video, during which the matriarch parodied Amy Poehler’s “cool mom” character from Mean Girls. Posing with her older sister, Khloé teased in a video on IG Stories:

“You got Krissed. This is the moron who put ‘You got Krissed’ before the Krissed video. She’s just so drunk on all her martinis.”

Even North West joined in on the fun with a “daily Kris” look – basically an all-black outfit with a Birkin bag. See all of their recreations (below): 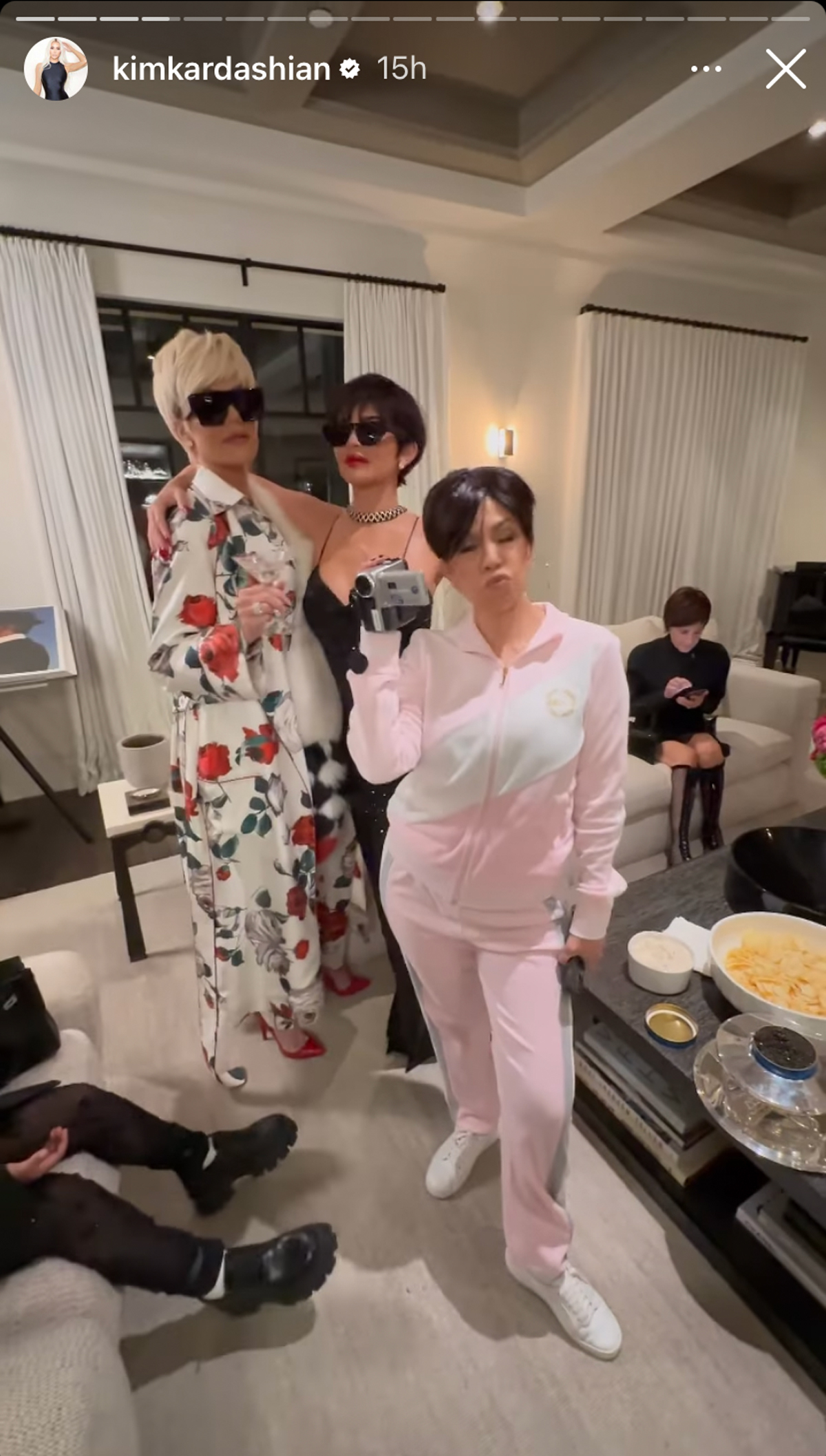 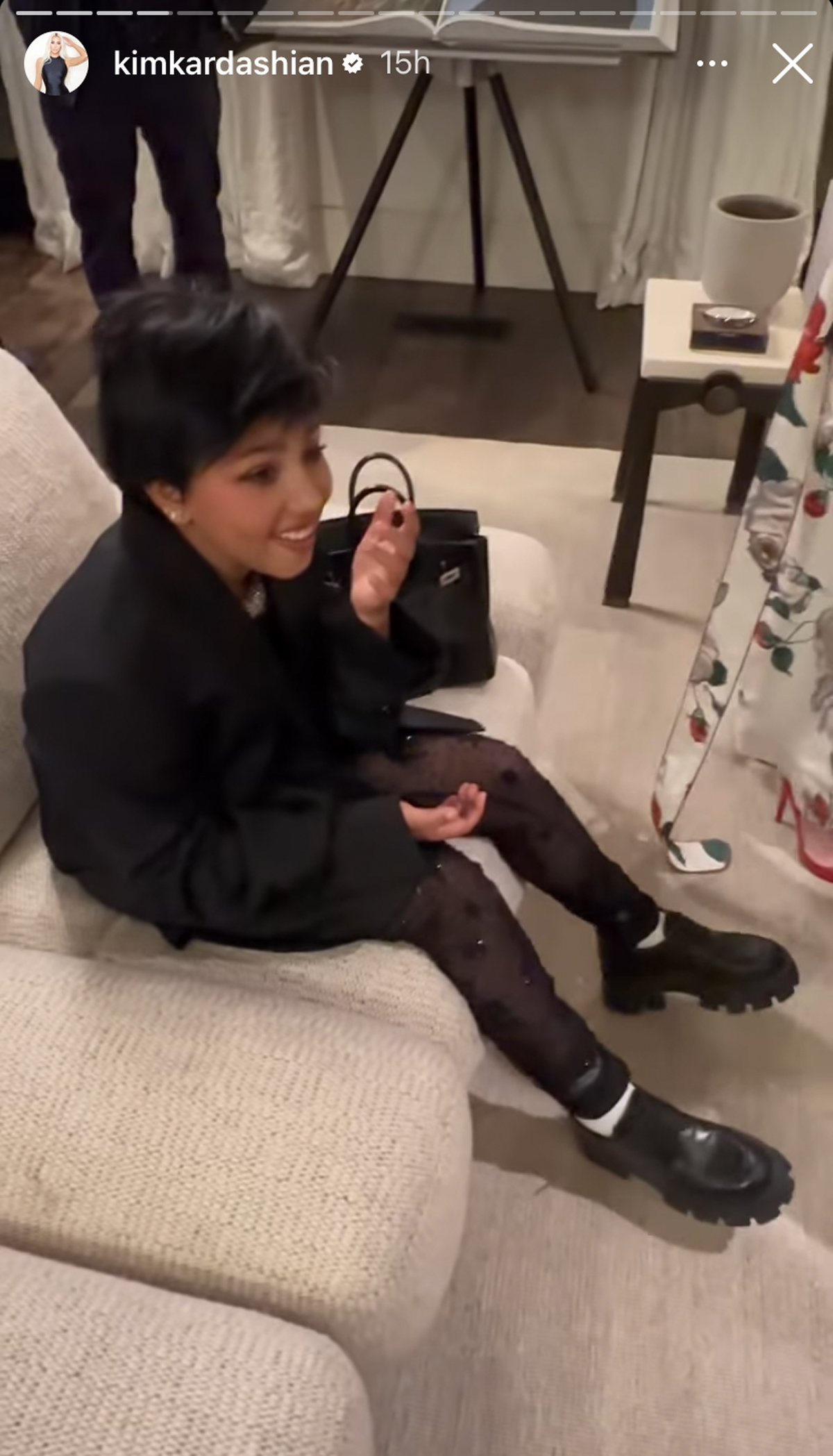 During the evening, the fam also sat down for a lavish dinner at a table that was decorated with a leopard-print tablecloth and (obviously) a bunch of martini glasses. They later enjoyed some karaoke, with Kris singing the Foundations’ track Build Me Up Buttercup as Khloé cheered: 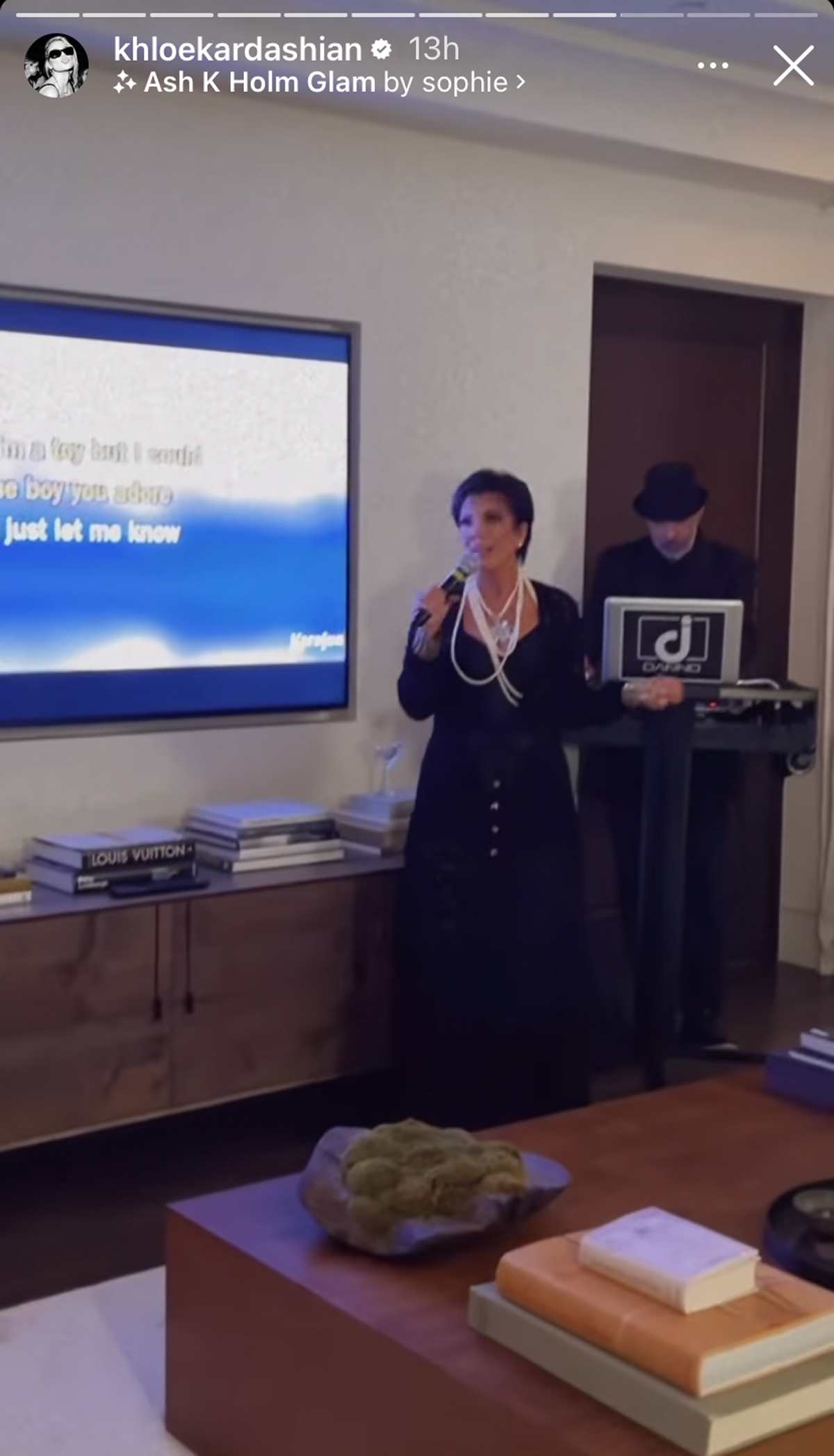 It looked like the KarJenner family had so much fun! Which was your favorite look from the party, Perezcious readers? Let us know in the comments!