Kate Garraway, 52, was taken by surprise when her husband Derek Draper proposed to her again after she emerged from the Australian jungle. The Good Morning Britain presenter was greeted by her tearful other half on the ITV reality show’s famous bridge when she was voted out of I’m A Celebrity… Get Me Out Of Here!.

However, Kate was completely unaware of Derek’s plans to pop the question in front of the cameras to mark their reunion.

In an interview with You magazine, the TV personality explained he had been inspired to propose due to a rule about taking jewellery into the jungle.

Kate divulged: “You’re told you can’t take any jewellery into the jungle.

“I didn’t want to take my wedding ring off, as I never have since we got married. But I did take my engagement ring off.” 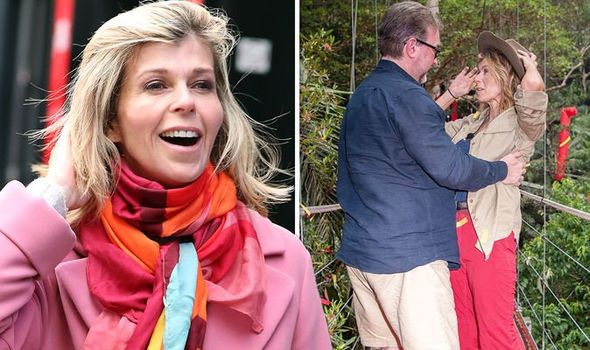 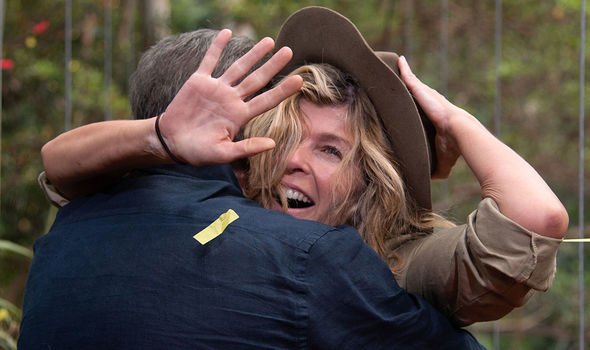 Unfortunately, Derek’s grand gesture didn’t go exactly to plan, as he became too “overwhelmed” with emotion to get down on one knee.

He then decided to go ahead with the moment off-camera instead.

She told the publication: “When Derek came to meet me after I left the jungle, he was planning to propose to me again [with the ring, in front of the TV cameras], but he got overwhelmed and burst into tears.”

Kate recalled: “The kids leapt out and surprised me and Darcey said, ‘Oh Dad – you didn’t do it!’ 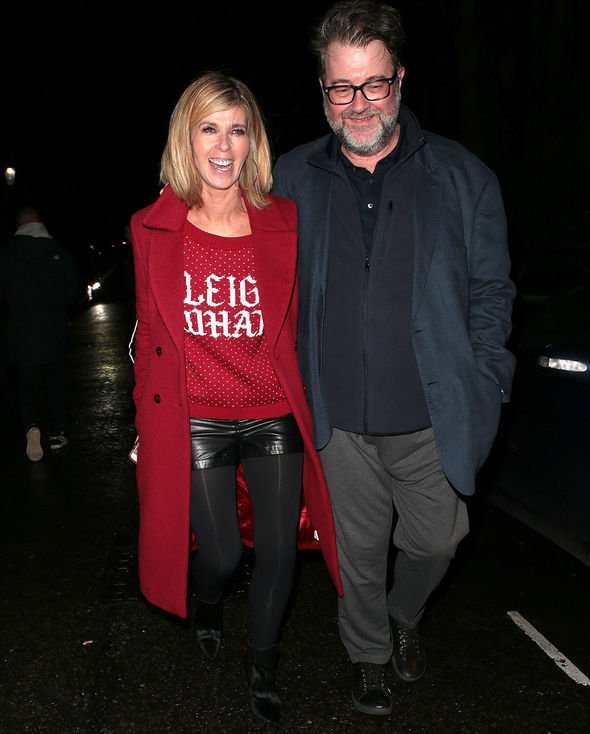 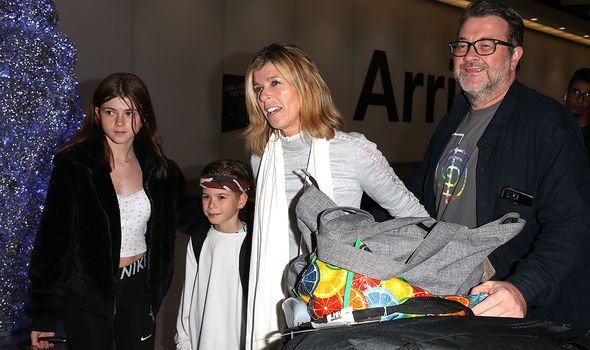 “So he got down on one knee and proposed… and I said yes, obviously.”

Kate and Derek got married in September 2005 in London.

The pair used to work together on GMTV, where Derek had a political editor role.

Derek previously gushed about his wife after she stunned I’m A Celebrity viewers with her age-defying bikini body.

Speaking on the I’m A Celebrity… Coming Out Show last month, he admitted he had a picture of the presenter flaunting her figure in a blue swimsuit saved as his phone screensaver.

Derek said: “I fell in love with you all over again.

“You’re so clever, funny and strong. And very sexy.”

Kate chuckled: “I don’t know about the sexy.”

He replied: “I’ve got the blue swimsuit as my screensaver now.”

After being shown the photo, a stunned Kate mused: “Oh my God. Look at the state of my hair!”

Derek also dismissed speculation about his partner’s assets and insisted they were “natural” in an interview with the Daily Mail, explaining: “I’m afraid that, much to everyone’s envy, the secret is all in the genes.”