Katie Price is said to believe she might be pregnant with her sixth child after she reportedly began craving ice, a popular snack among expecting mothers.

The former glamour model, 42, wants to have children with her boyfriend, Carl Woods, 31, and claims their whirlwind relationship will last ‘forever,’ after four months of dating.

A source told The Mirror: ‘Katie has been saying for the last few days that she’s craving ice and thinks there’s a chance she could be pregnant. 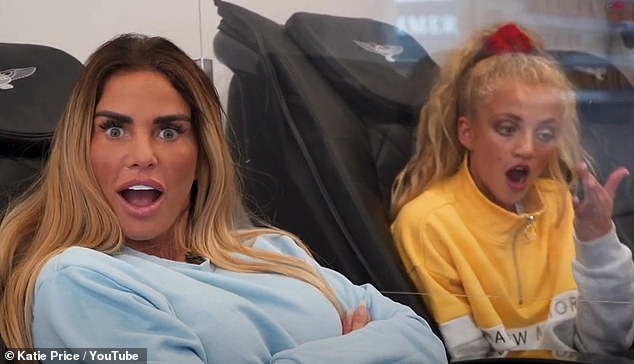 Pregnant? Katie Price believes she might be pregnant with her sixth child after she began craving ice a few days ago, a popular snack among expecting mothers

‘Katie has made no secret about her wishes for more children, and it looks like she might be getting her way.

‘She and Carl might not have been together long, but she’s convinced he’s her forever.’ 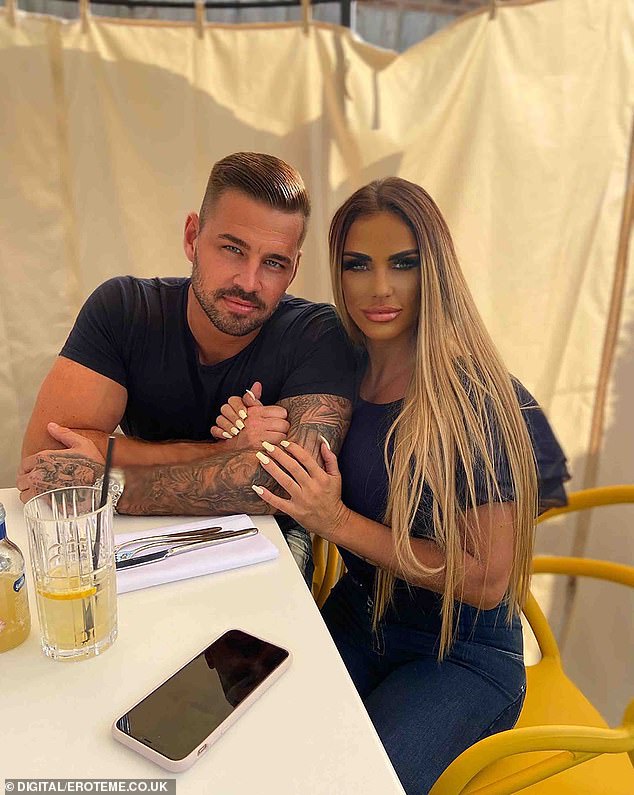 Love: The former glamour model, 42, reportedly wants to have children with her boyfriend, Carl Woods, and claims their relationship will last ‘forever,’ despite only dating for four months

Katie is the mother to Harvey, 18, from her relationship with Dwayne York and Junior, 15 and Princess, 13, from her marriage to Peter Andre.

She also shares Jett, seven, and Bunny, six, with her ex-husband Kieran Hayler, who she divorced earlier this year.

Carl has been doting on Katie ever since she broke both legs during a freak accident on their Turkish holiday in July. 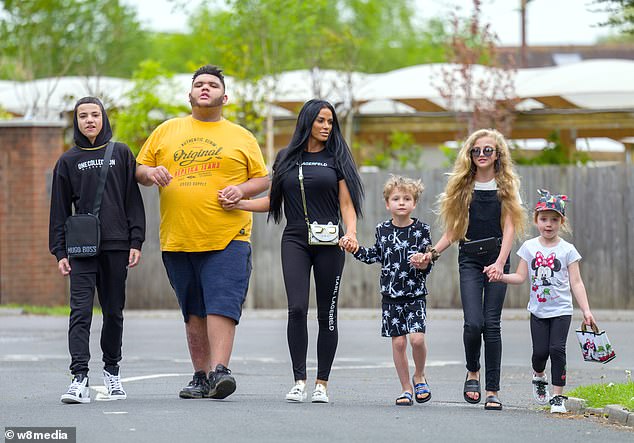 Their baby-making plans were revealed on her Youtube upload on Wednesday as her eldest daughter, Princess, found an open ovulation test.

While looking for the products, Princess pulled out the test and asked: ‘One thing, why is there an open pregnancy test? I brought it just to show you that it’s open.’ 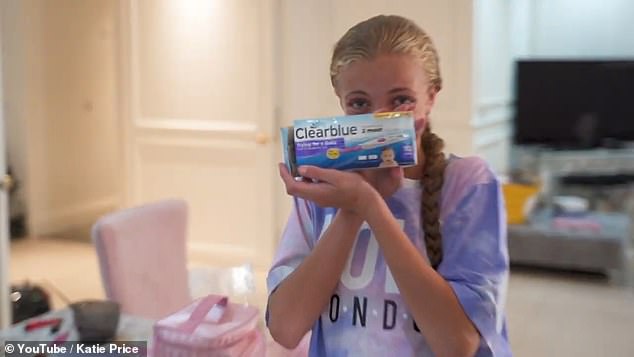 Busted! Her baby-making plans with Carl, 31, were revealed on her Youtube upload on Wednesday as her daughter Princess found an open ovulation test 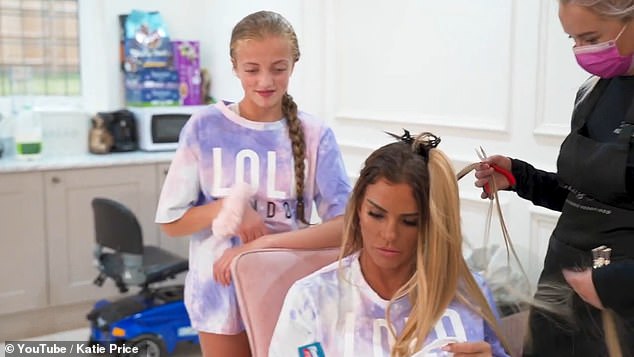 Helping mum out: Katie had asked her daughter to help rub her feet with cream after breaking her ankles earlier this year during a freak accident

Katie’s boyfriend, who she has been in a relationship with for four months, seemed equally shocked and said: ‘What? Let’s have a look at that. That’s interesting, where did you you find that?’

Katie then admitted she had already used one after Princess revealed that there was one missing from the open pack. 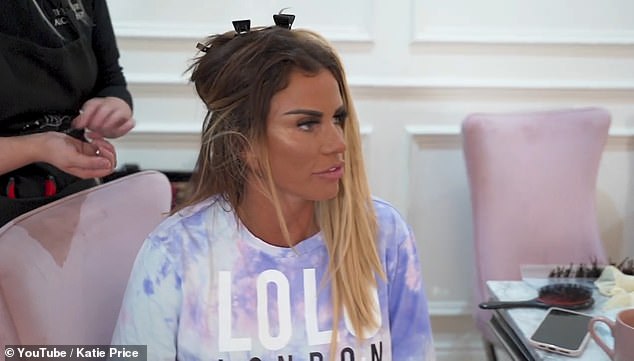 Explain! The teen, 13, confronted the former glamour model, 42, on why she had the kit

Carl told Princess: ‘It means that you could have a brother or sister if it’s a smiley face.’

Katie added: ‘That means you have to have sex when you see a smiley face.’

The source confirmed to The Mirror that Katie has purchased multiple tests as she is aware she isn’t getting any younger but still plans on expanding her family.

However, her horrendous foot injuries could significantly impact her mobility throughout pregnancy if Katie has already conceived.

The reality star was recently told that she’ll be in a wheelchair for another six months as she continues to recover from her foot surgery.

The new six-month timeframe means Katie will still be relying on her wheelchair well into the start of 2021 but she is determined to stay positive as she was originally told it could take up to a year before she can walk again.

The star has previously revealed that she feared her horrific injury would leave her ‘paralysed’ after she plummeted 25ft off a wall at a theme park in Turkey. 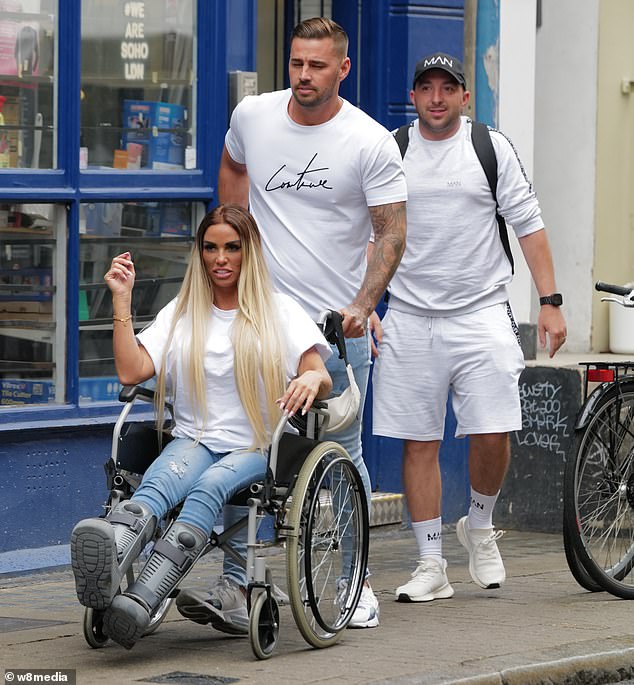 Recovering: Katie will be in her wheelchair for another six months as she continues to heal after having surgery on both of her feet