They’ll be welcoming their first child together in a matter of days – and it looks like Katy Perry and Orlando Bloom will have more than enough room to raise their little one.

The couple, who got engaged in February 2019, were spotted checking out three massive properties over the weekend in the super exclusive community of Montecito, California – about an hour and a half north of Los Angeles and just 10 minutes from Santa Barbara, where the singer was born and raised.

Each of the sprawling estates Katy and Orlando looked at have an asking price of $10 million and above, are at least 10,000 sq ft and sit on several acres of land – all of them nestled in the lush rolling hills of Santa Barbara county. 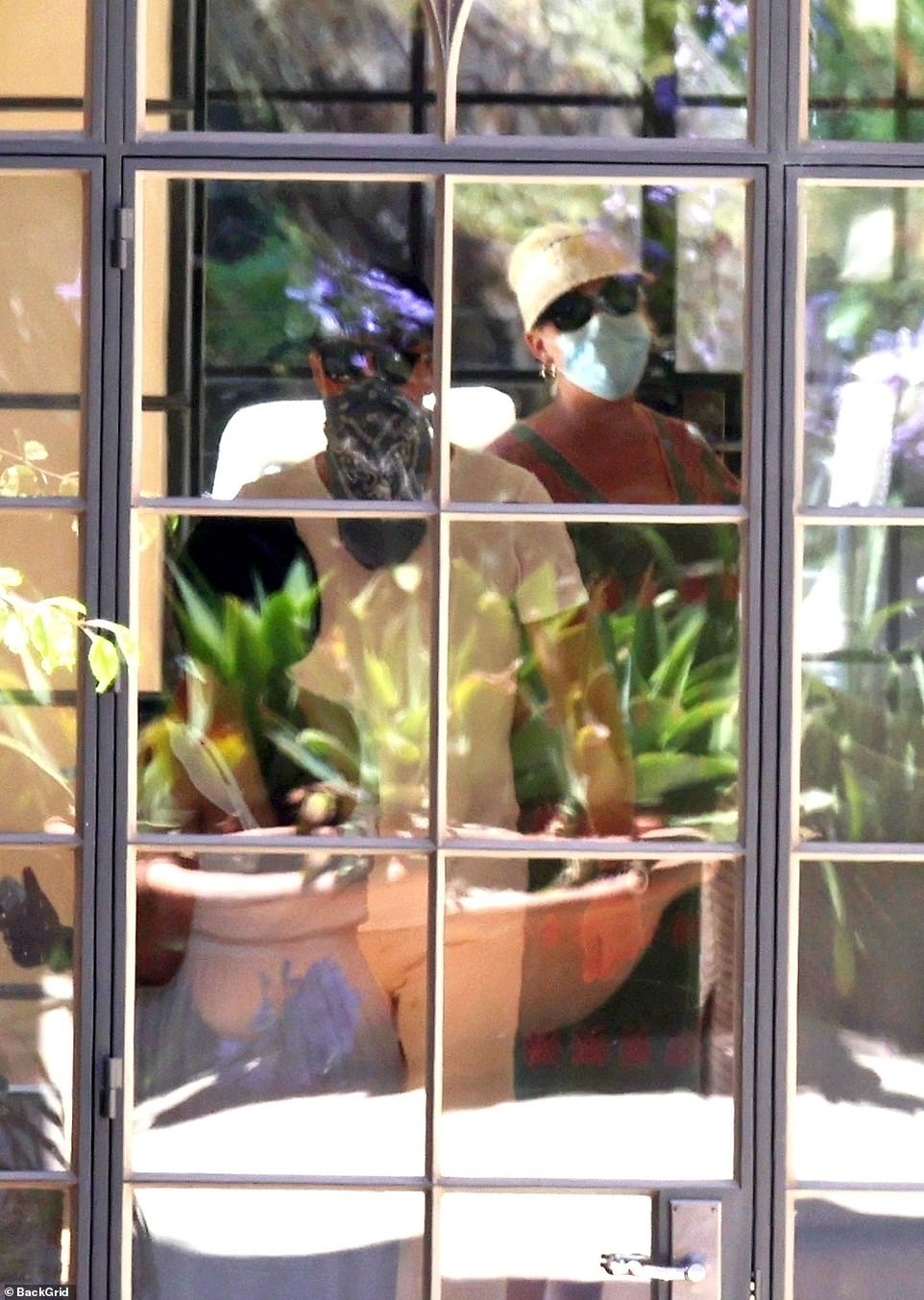 Nesting: Katy Perry and Orlando Bloom have been looking at sprawling estates in the exclusive enclave of Montecito as they prepare to welcome their first child together. They are seen here on Saturday viewing one of the properties

The first property the duo looked at is on the market for just under $10 million, with a main residence that spans 8,000 sq ft – including six bedrooms and 14 bathrooms – and five acres of land.

The home channels Byzantine styles with old-trefoil-arched windows and a stone turret entry.

It also has a pool, tennis court, spa, cabana with gym and a guest residence spanning 1,000 sq ft. There is also a garage big enough for four cars.

Next up, the couple checked out a Spanish Colonial Revival style property with ocean views listed for $11 million.

It sits on three and half acres and has five bedrooms, six and a half baths and a living space spanning just over 10,000 sq ft.

The house, with an ocean view from almost every room, is perfect for entertaining and features a spa, theater & wine cellar. It also boasts a pool, gym, sports court & climbing wall. 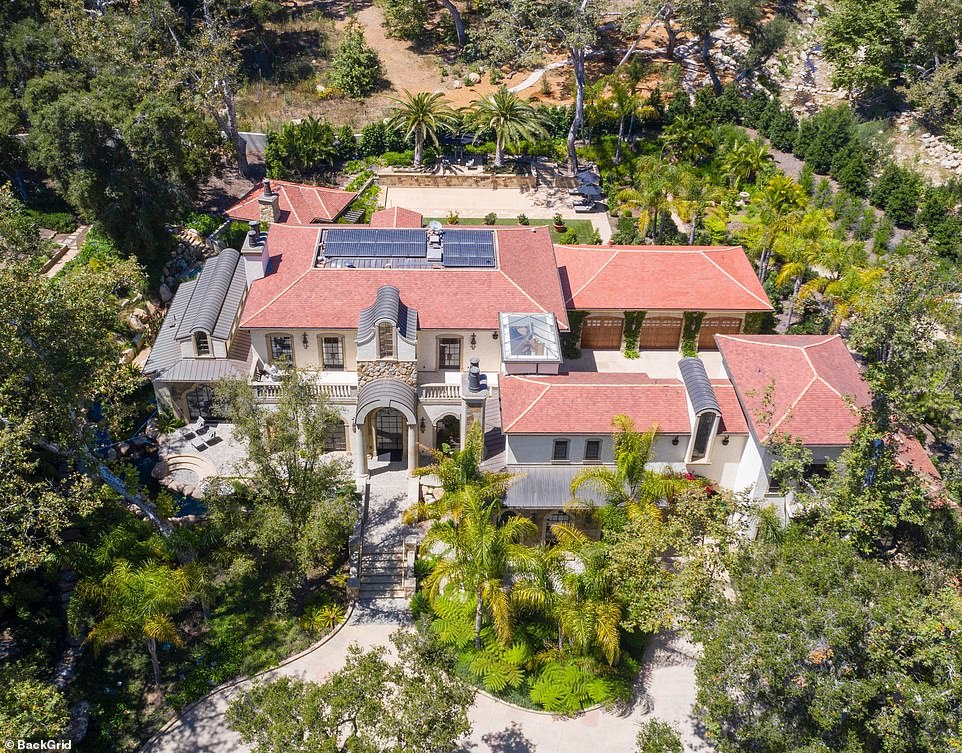 The first property the couple looked at is on the market for just under $10 million and has 8,000 sq ft of living space in the main residence along with a 1,000 guest residence and cabana with gym 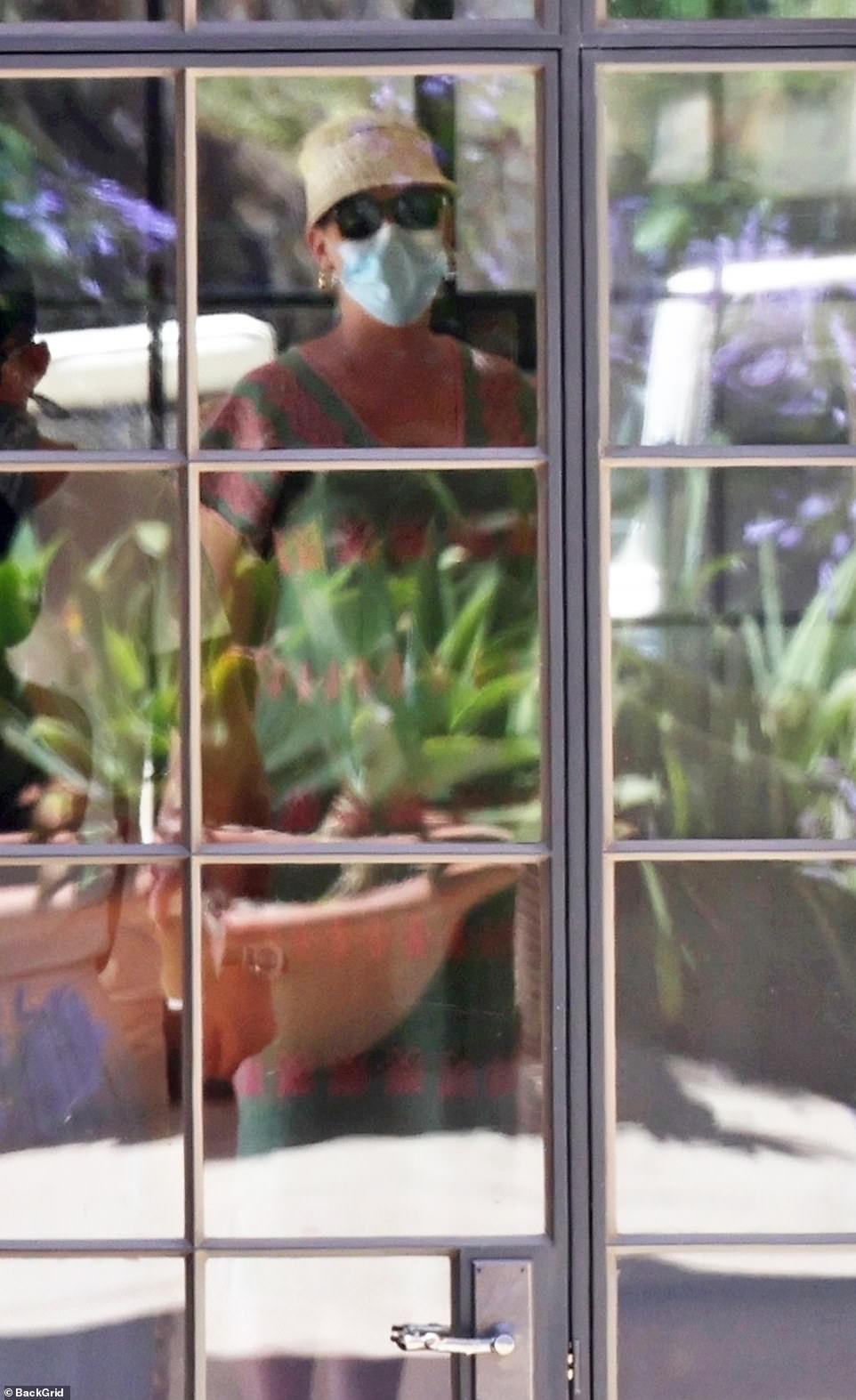 She’s a local: Katy, pictured at the first property, grew up in Santa Barbara, just 10 minutes from Montecito 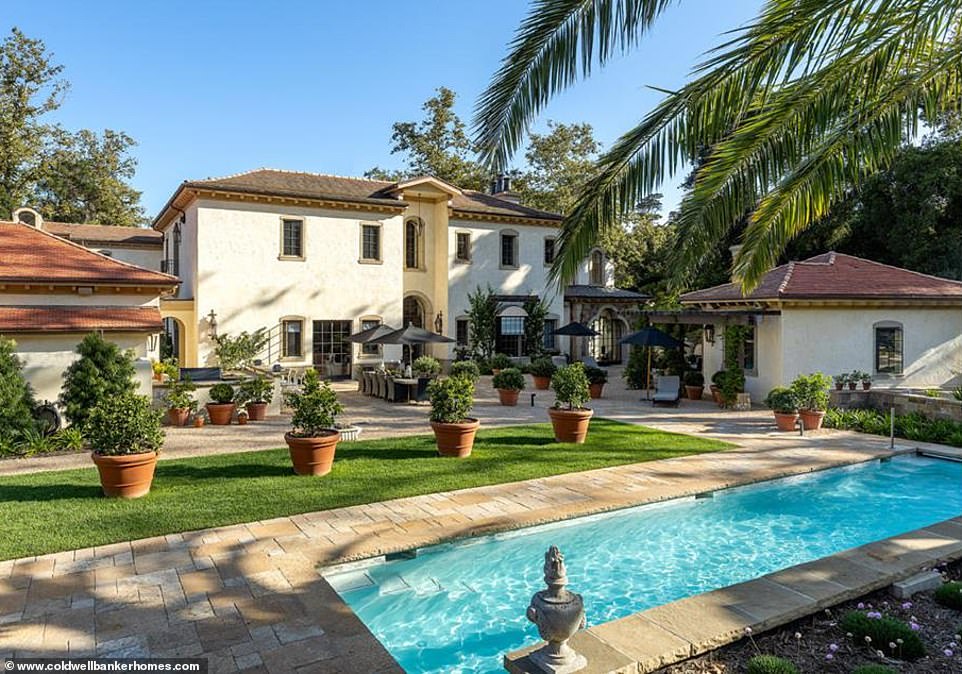 Luxury living: The property has a pool, tennis court, spa, cabana with gym and a guest residence spanning 1,000 sq ft 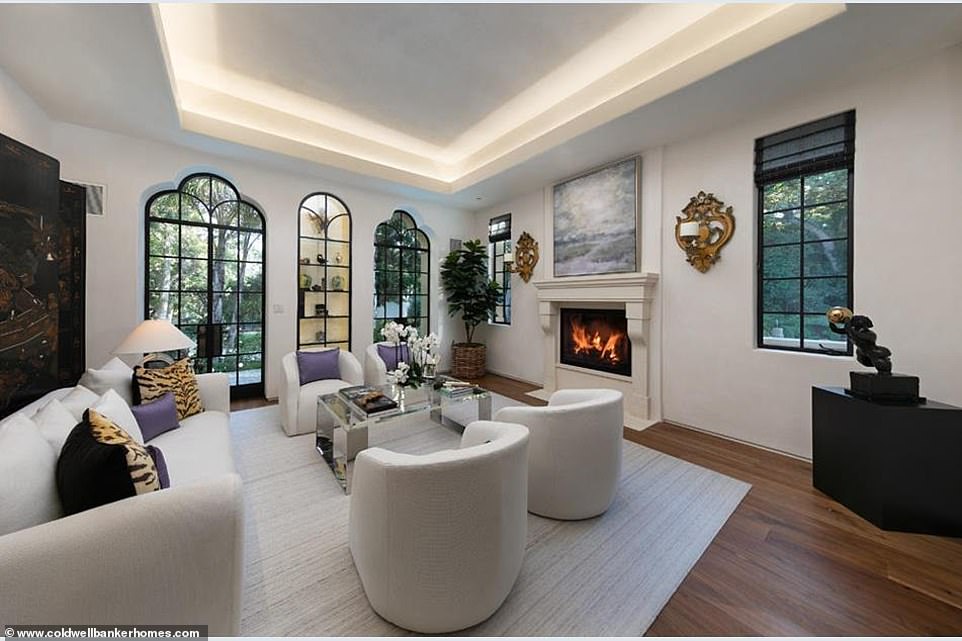 Time to unwind: This cozy living area has been stylishly decorated 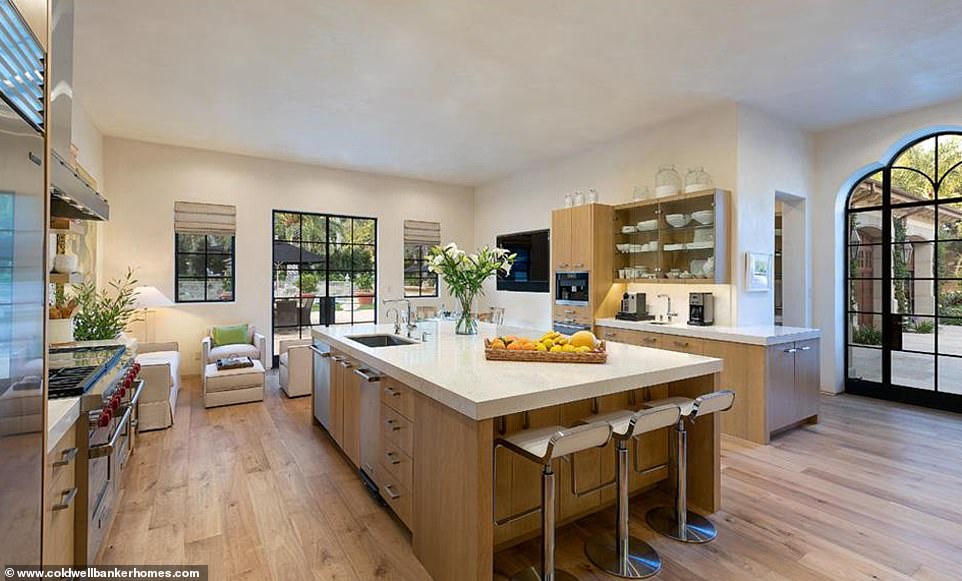 Streamlined: The updated kitchen comes with top of the range appliances 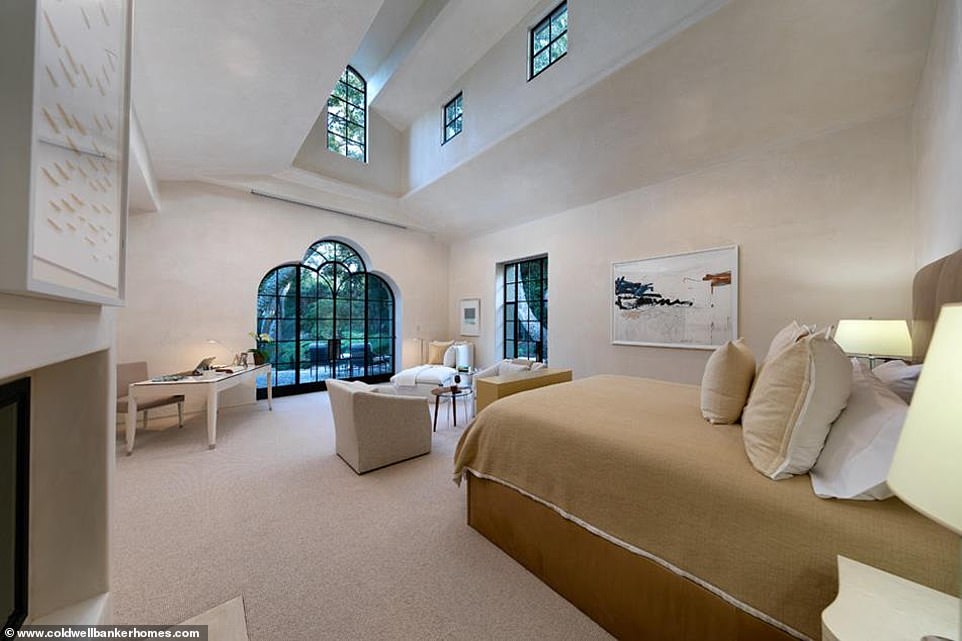 Quiet time: Pictured is one of the six bedrooms with a dramatic vaulted ceiling and plenty of windows letting in natural light 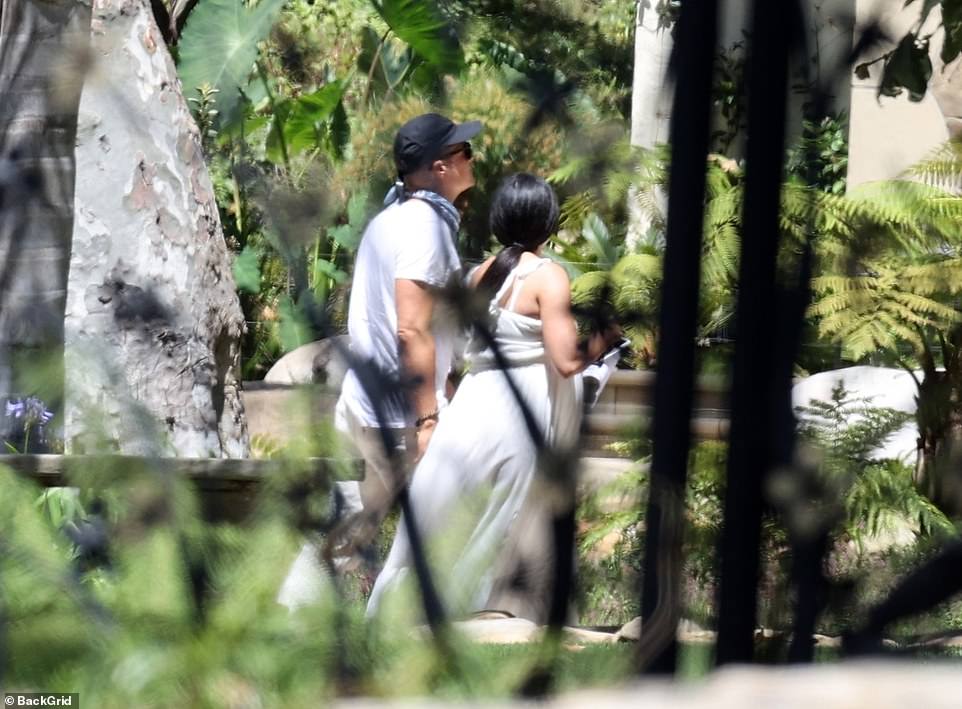 Touring: The couple were shown around by a realtor over the weekend 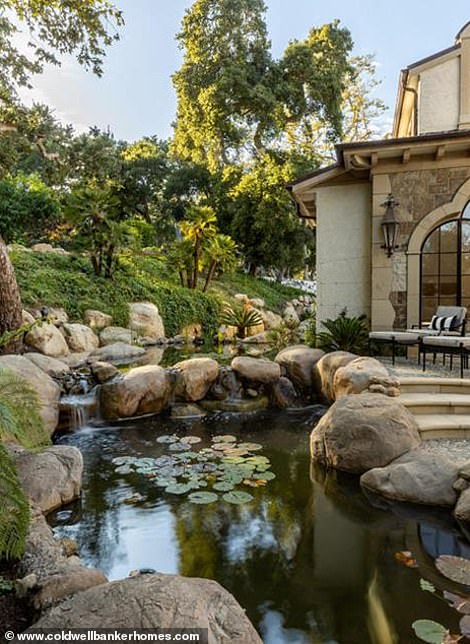 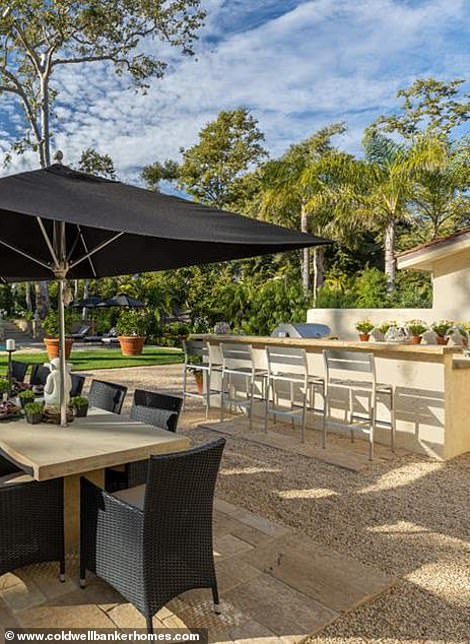 Oasis: The secluded grounds feature a wraparound koi-pond moat and an area perfect for a BBQ with friends

Additionally, the home has a two bedroom, one bathroom guest house.

The third home the famous duo viewed is the most expensive of the properties at $14 million and comes with less land, at two and a half acres.

Great for parties post-COVID-19, the estate has an outdoor kitchen, fire pit and pool, along with a two-bedroom guest house and one bedroom cabana. 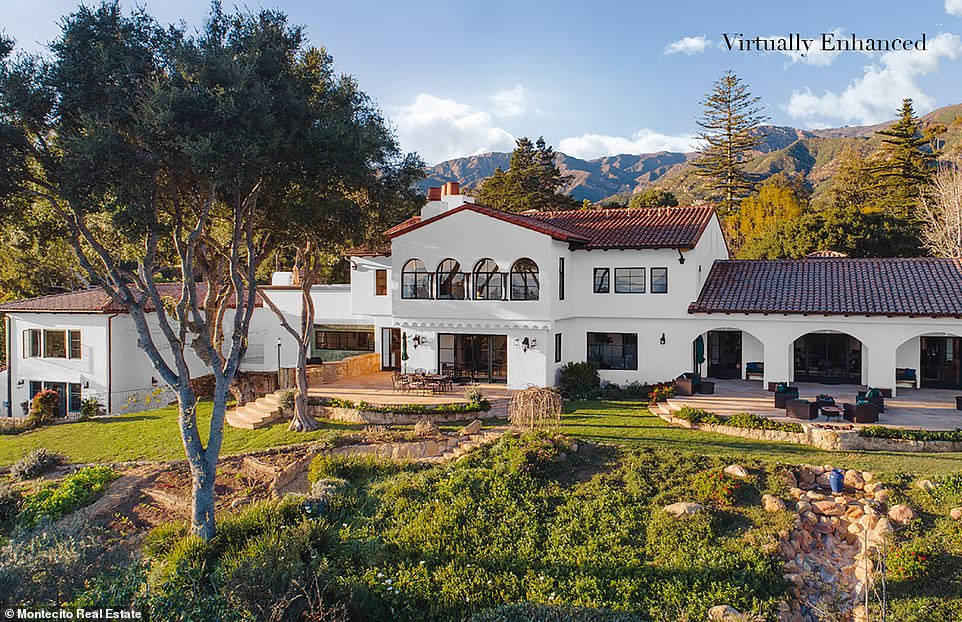 Hilltop perch: Next up, the couple checked out a Spanish Colonial Revival style property with ocean views listed for $11 million 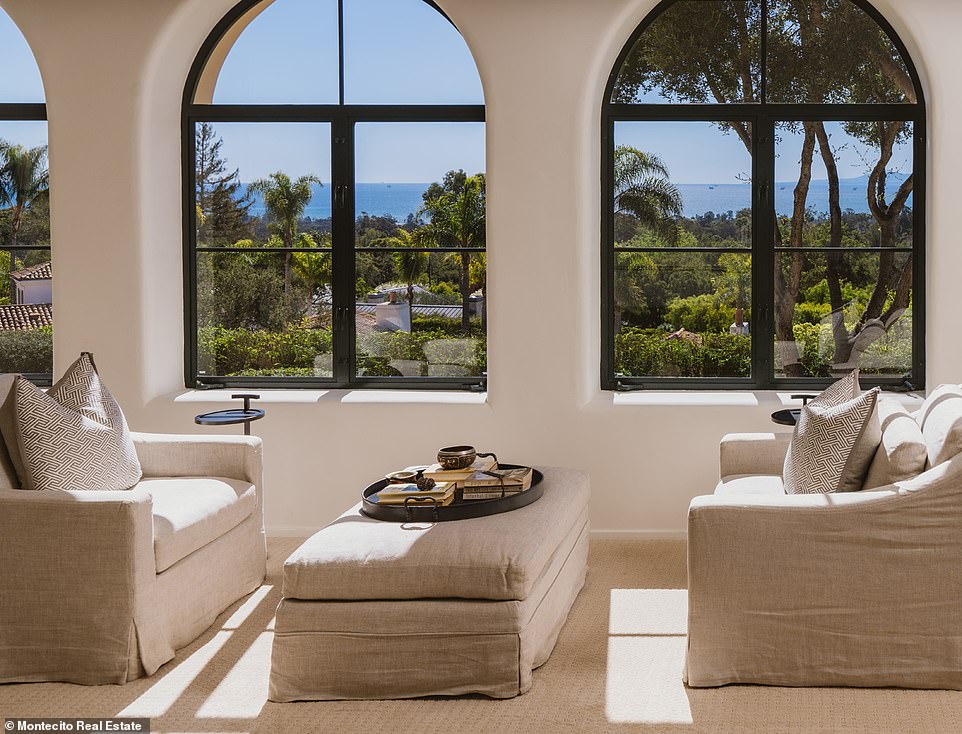 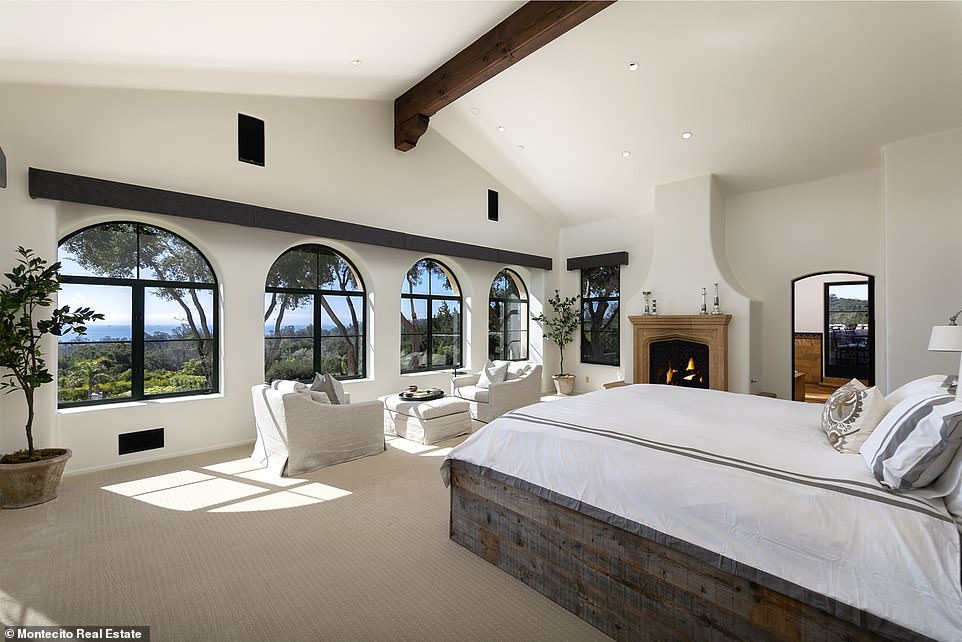 Wake up to this: The master bedroom is understated beach chic 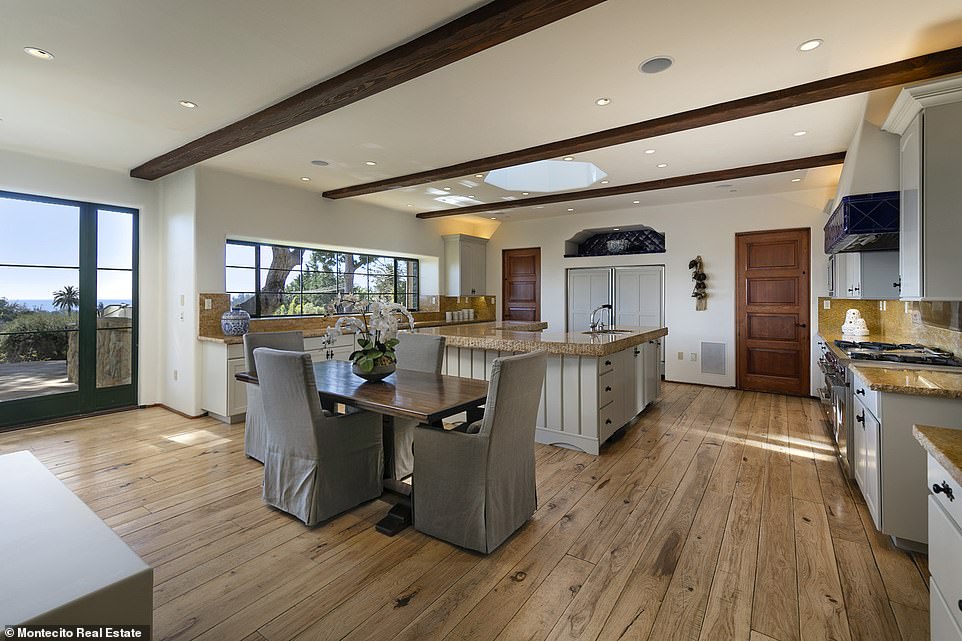 Light and airy: The kitchen has been done in a traditional style with expansive windows showing off the ocean views 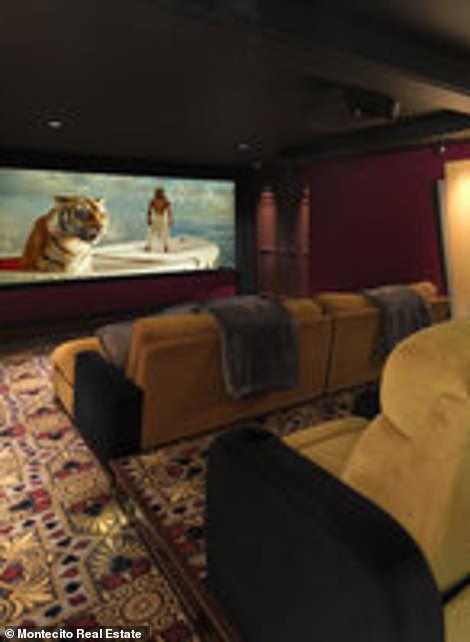 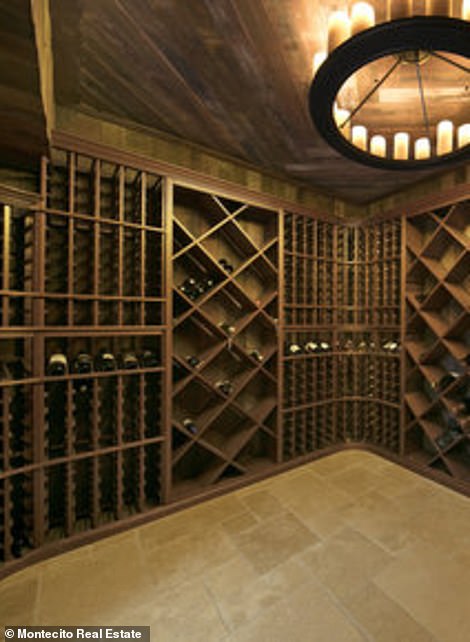 What more could you need: The space is perfect for entertaining and has a spa, theater & wine cellar 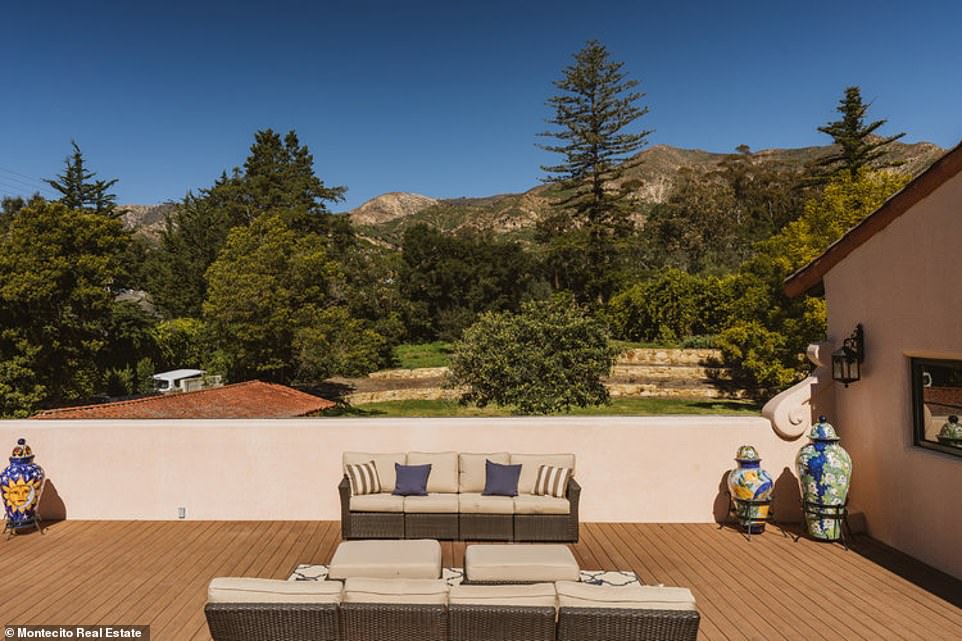 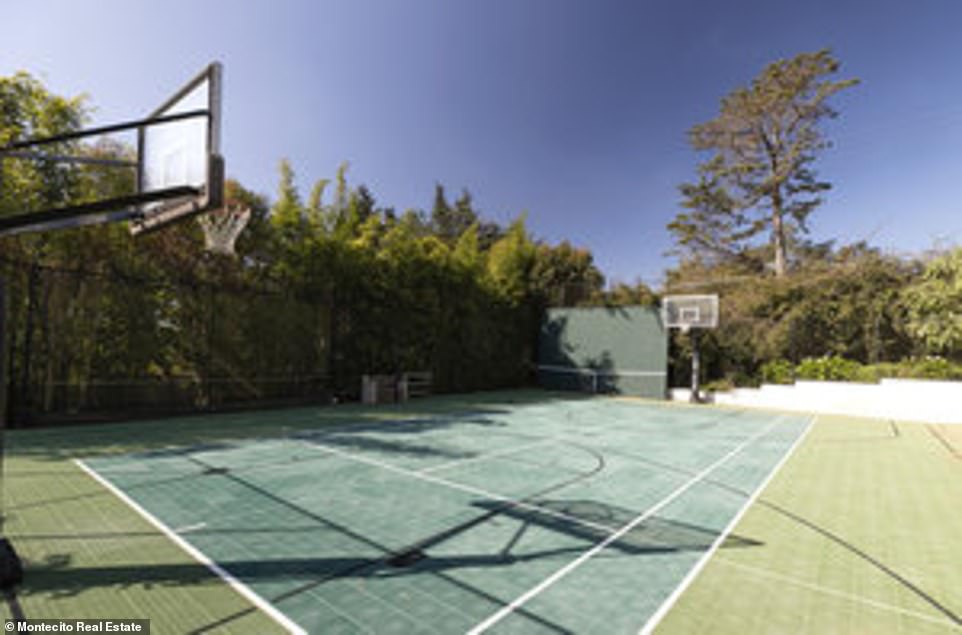 Keep active: The home has a tennis and basketball court, perfect for sporty types like the Pirates of The Caribbean actor 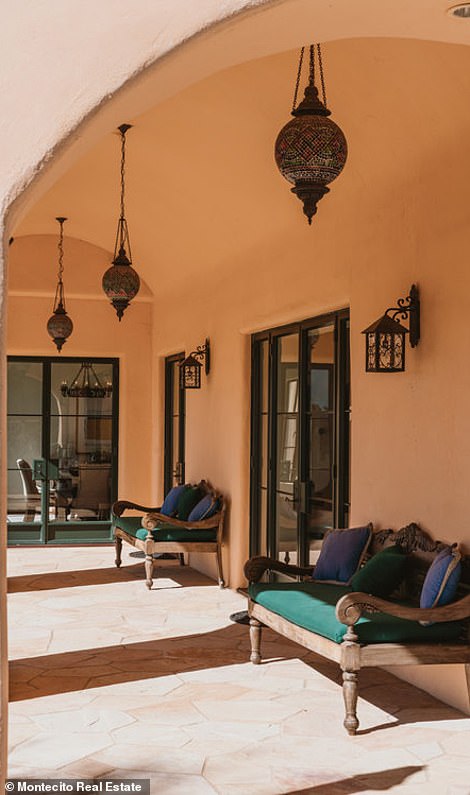 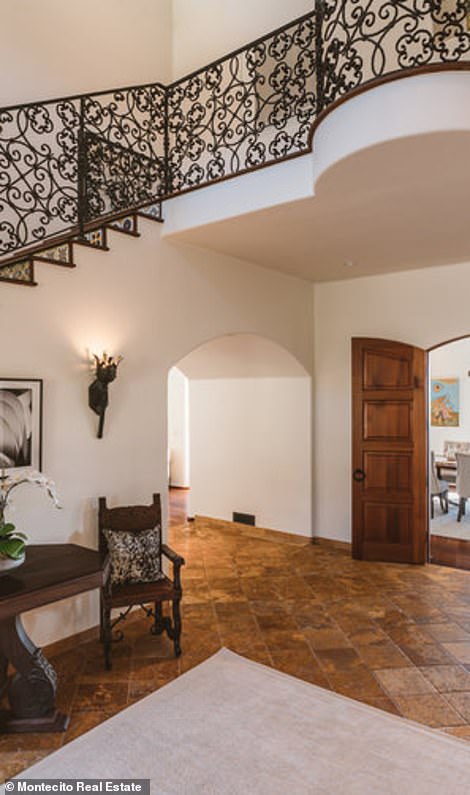 Traditional vibes: The Spanish Colonial Revival style is typical of many properties in the area

Katy, 35, is expecting her first child, a baby girl, this summer.

Orlando is already a dad to son Flynn, nine, with ex-wife Miranda Kerr who he was married to from 2010 to 2013.

The 43-year-old actor recently opened up about his relationship with the Roar hitmaker, saying its been a rollercoaster of ups and downs.

They first started dating in 2016 after meeting at Harvey Weinstein’s Golden Globes party and split in 2017 before reuniting for good in 2018, and Orlando admitted the romance hasn’t exactly been plain sailing.

Speaking to News Corp Australia: ‘I wish I could tell you that it was all joyful and happy. 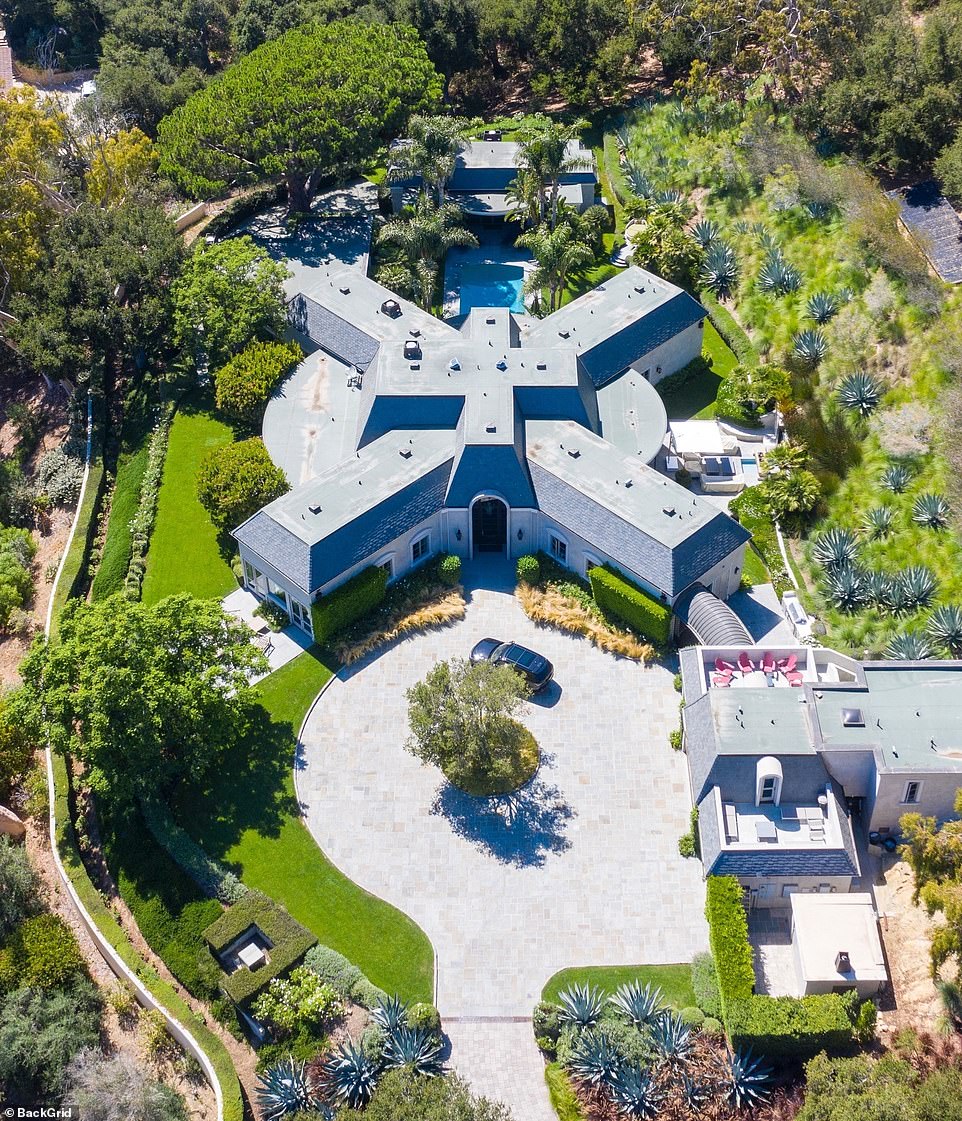 Architecturally striking: The third home the famous couple viewed is the most expensive of the properties at $14 million and is more Hollywood regency style 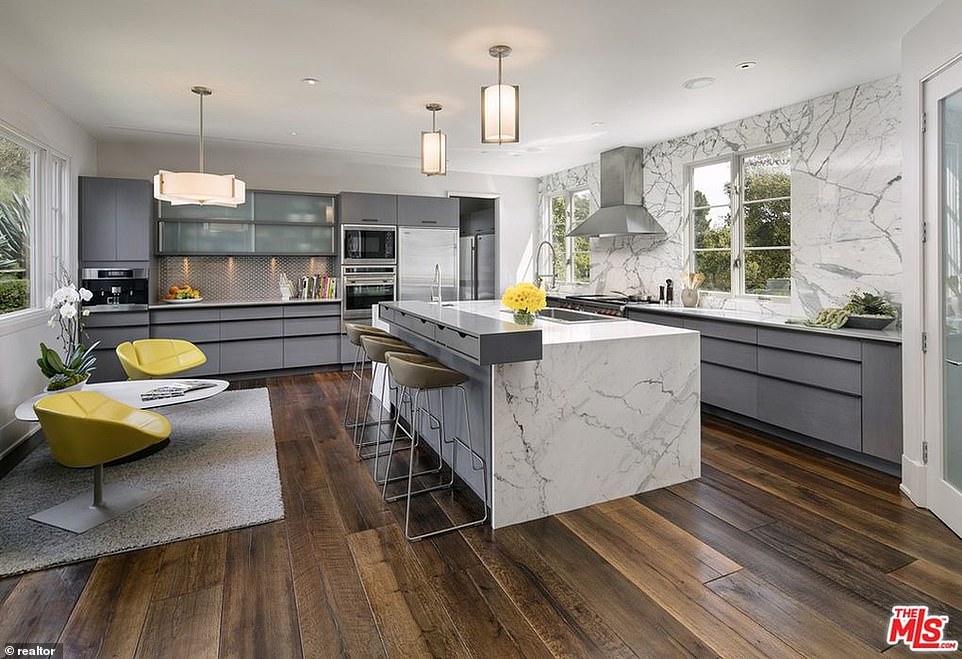 Upscale: The kitchen certainly has the wow factor with a wall and center island made of marble 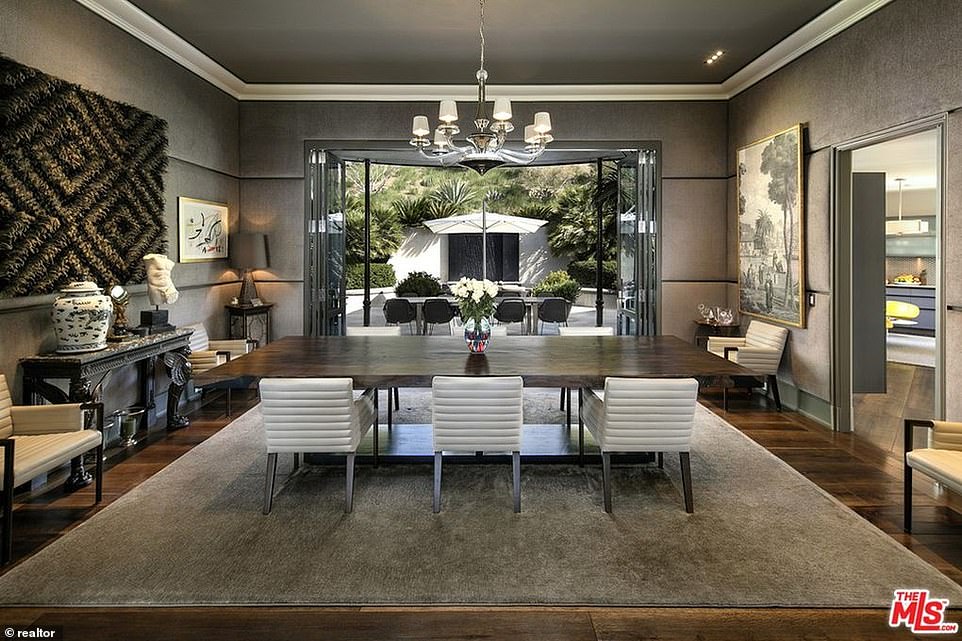 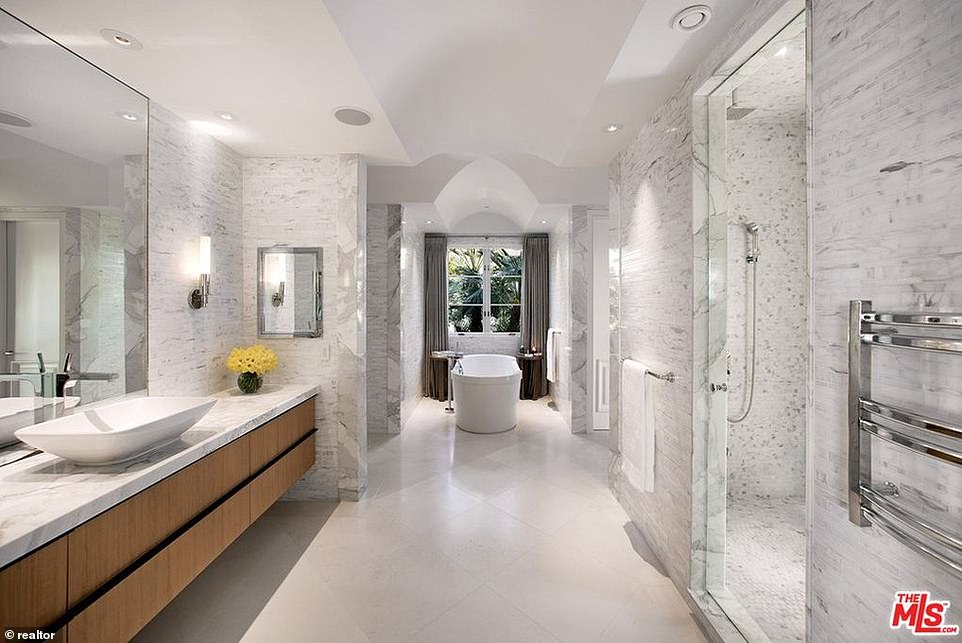 Opulence: The master bathroom is sleek and modern and features a freestanding tub

‘But like anything in life that’s real, it’s taken its own course. It’s gone on its own roller coaster of ups and downs.’

However, Orlando and Katy are now happier than ever with Katy recently admitting their split had made them stronger.

Katy – who was previously married to Russell Brand – said she and her fiancé have ‘gotten through a lot of hell’ together, and are now keen to keep ‘evolving’ their romance.

Speaking to People magazine, she recently explained: ‘It’s a never-ending evolution, so it’s not peachy-keen jelly bean all the time, but it’s nice to have been able to show each other all the good, bad and everything in between, and really fight for our best selves. Now, we just joke, like yeah, we still have things to work out – but champagne problems! We’ve gotten through a lot of hell.’ 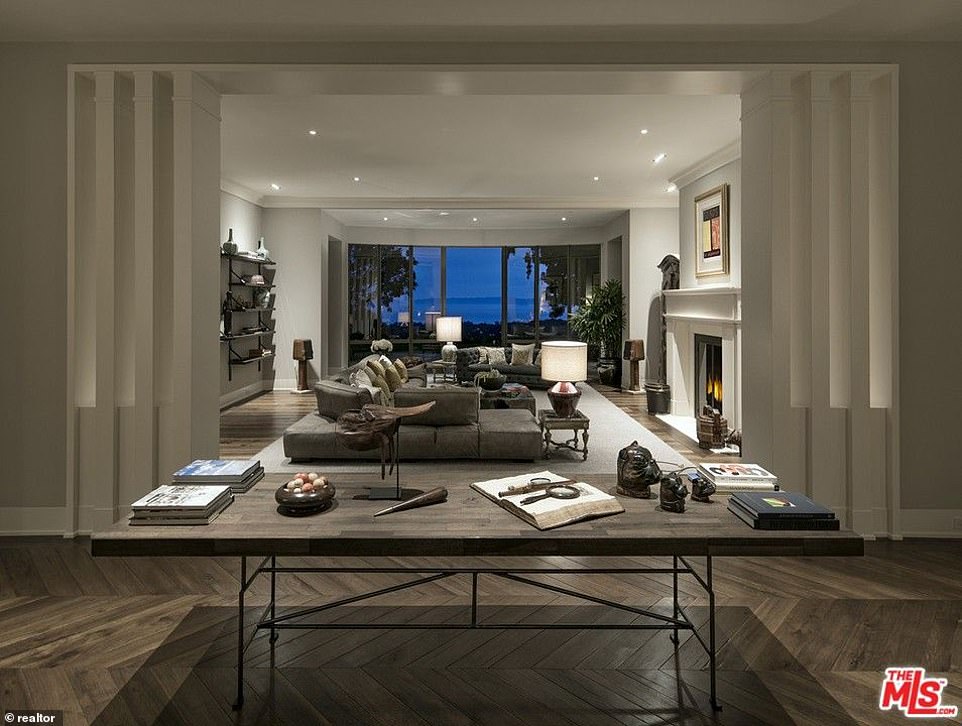 Mood: The interior is certainly more dramatic than the other properties the couple looked at 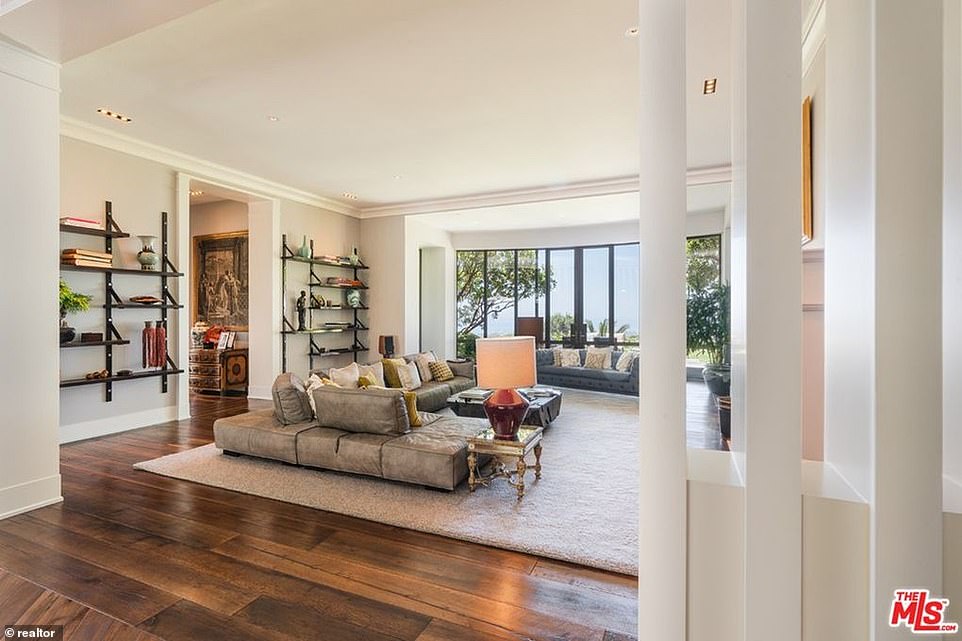 The home was designed by famed architect, John Elgin Woolf, and is in close proximity to the world renowned San Ysidro Ranch resort 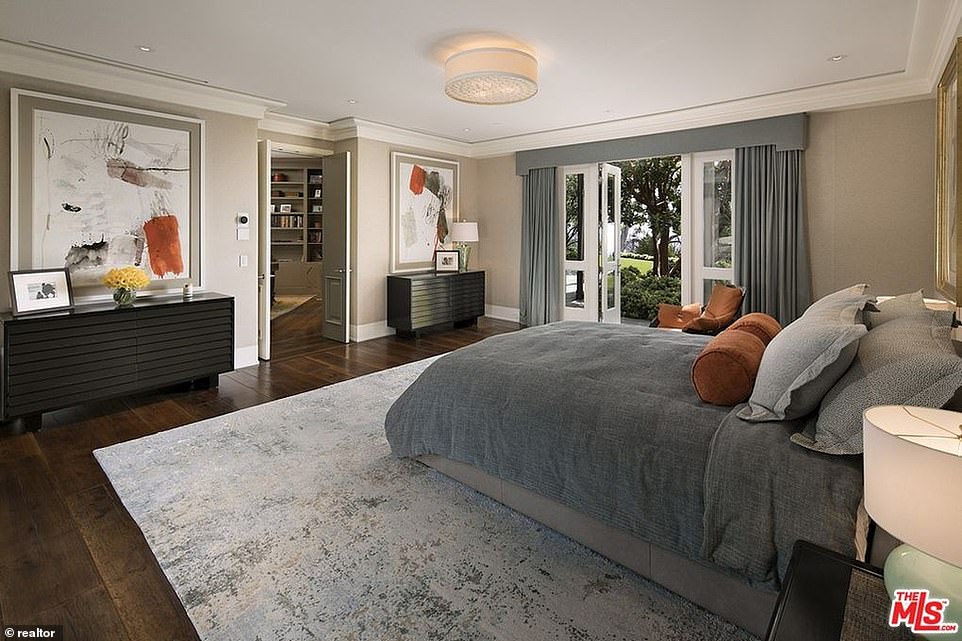 Finishes: One of the bedrooms is pictured here with a similar earthy and grey tone decor 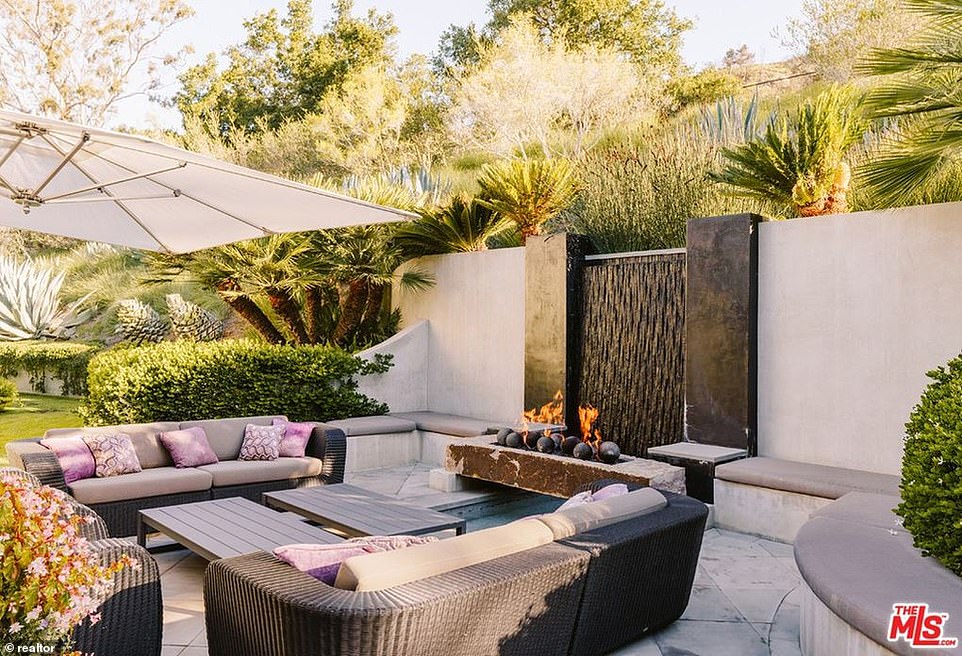 Outdoor living: The grounds are beautifully landscaped with multiple seating areas like this one which has a fire pit 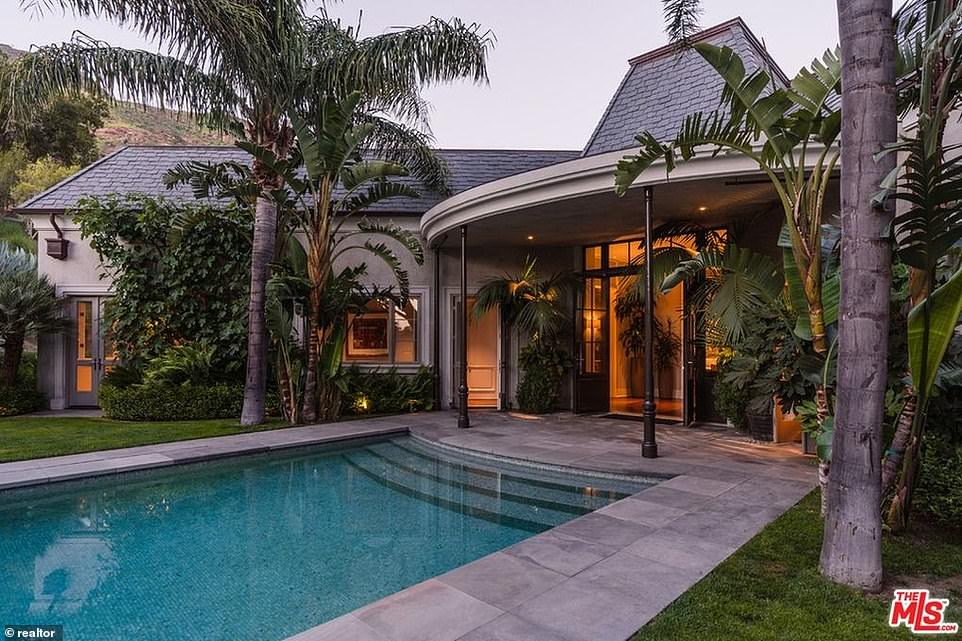 Lush and secluded: The 1960s home is nestled in the hills of Santa Barbara county 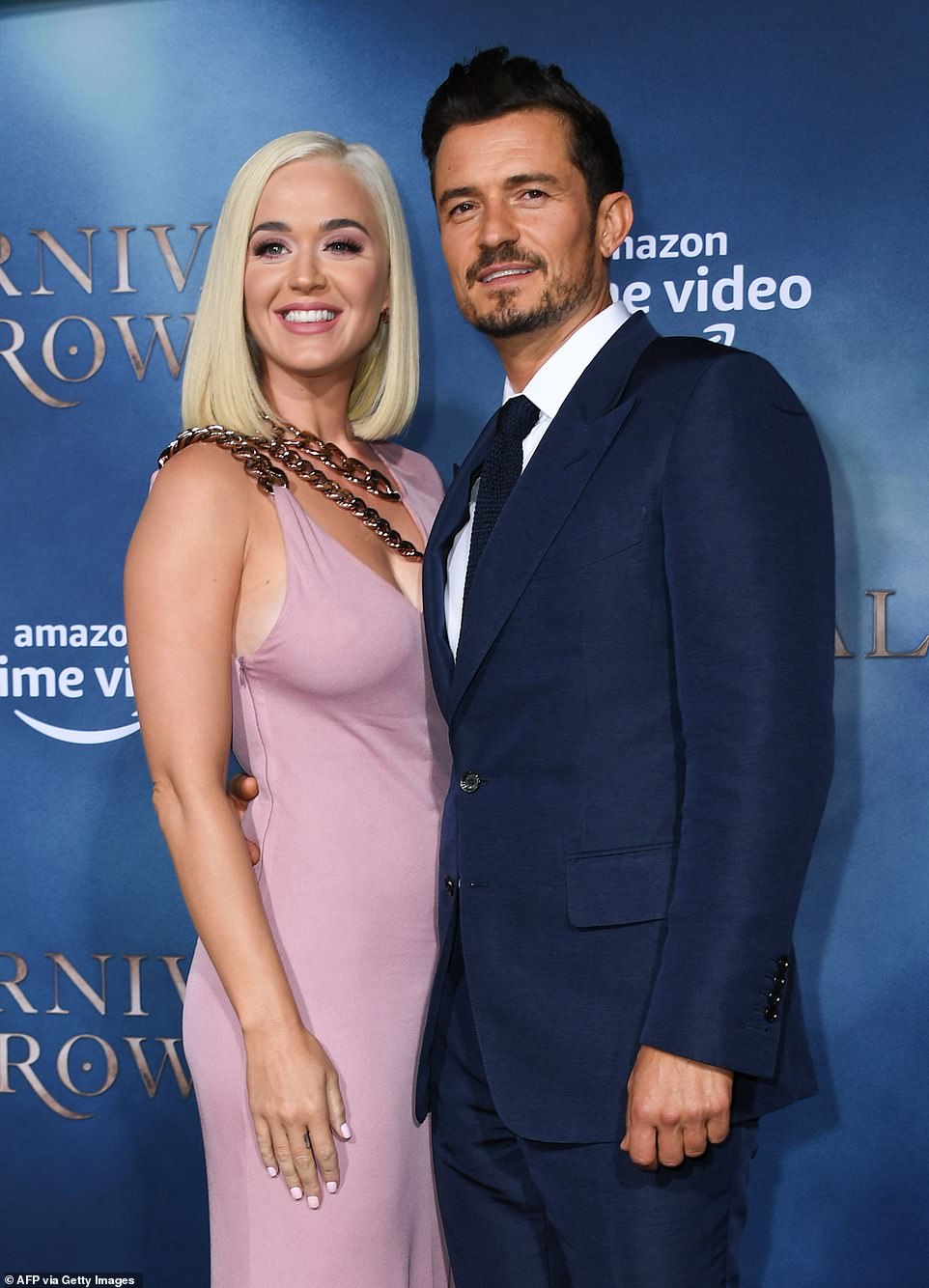 The couple first started dating in 2016 after meeting at Harvey Weinstein’s Golden Globes party and split in 2017 before reuniting for good in 2018. This will be Katy’s first child and second for Orlando. He is father to Flynn, nine, with ex-wife Miranda Kerr