Khloe Kardashian is being accused by designer Christian Cowan of trying to sell a dress on her family’s consignment website that he claims was just ‘loaned’ to her.

Cowan took to social media over the weekend to slam the 36-year-old Keeping Up With the Kardashians star, alleging that his ‘runway samples’ were available for sale on Kardashian Kloset.

However, a source told DailyMail.com that Khloe had been given the dress as a gift through her stylist and was never informed that it was a loan. 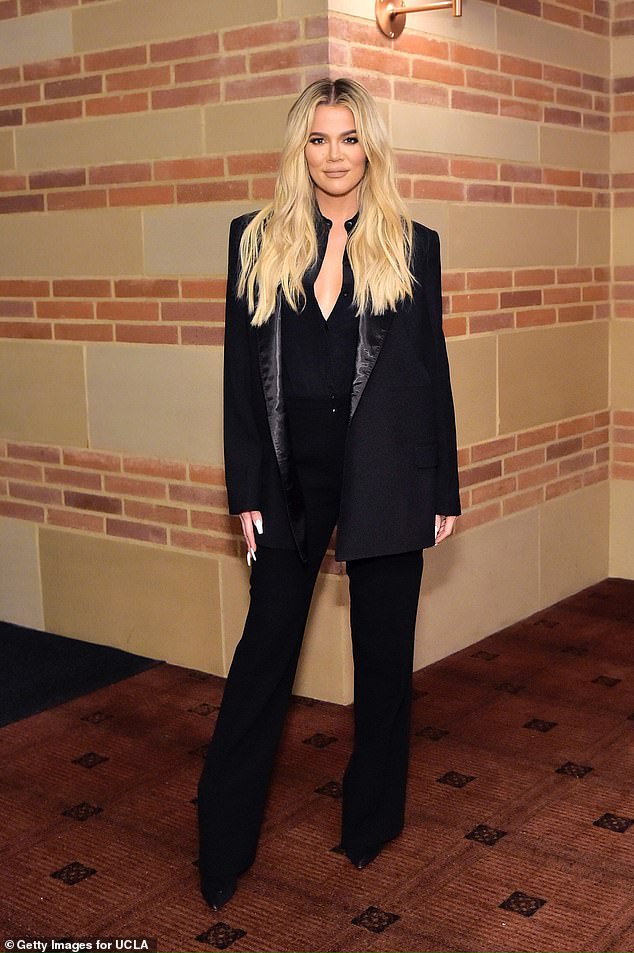 Drama: Khloe Kardashian was accused of trying to re-sell a dress on Kardashian Kloset by designer Christian Cowan that he said was just ‘loaned’ to her but an insider told DailyMail.com that the KUWTK star was given the dress as a ‘gift’ and never informed it was a loan (Pictured in November)

Cowan shared a screen shot purported to be taken from the Kardashian Kloset site under Khloe’s collection and demanded in his Instagram story to know why the item was up for sale.

He wrote: ‘Why are my runway samples I loaned to you being sold on your website?’

Adding: ‘We’ve emailed 3 times and had no response.’

A source told DailyMail.com, however, that the dress had been given to Khloe ‘as a gift through her stylist.’ 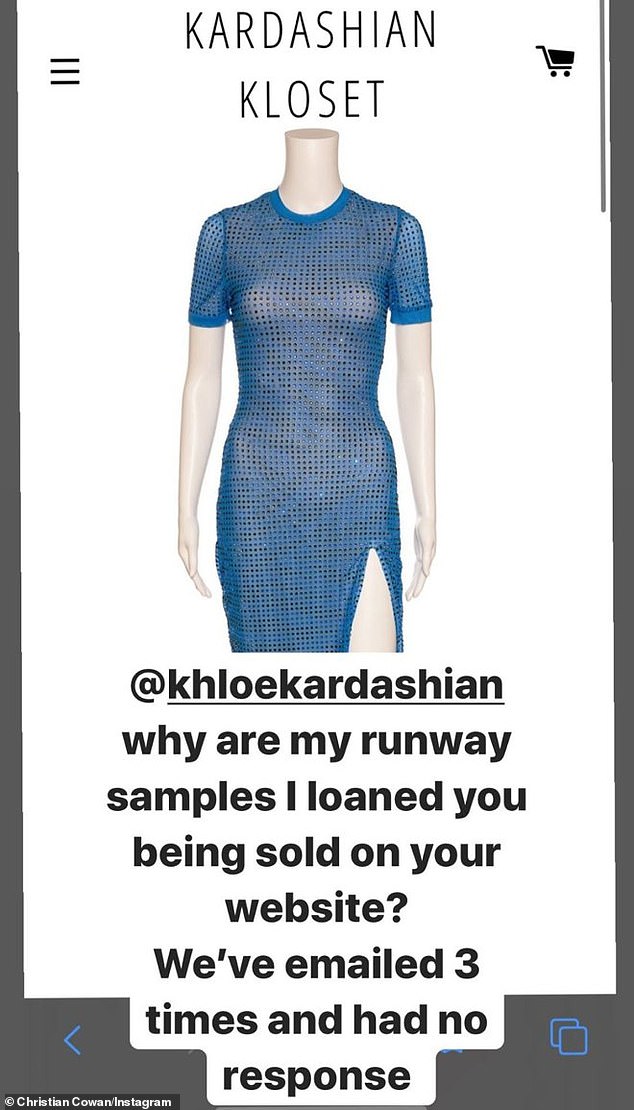 Issue: On Sunday Cowan shared a screen shot purported to be taken from the Kardashian Kloset site under Khloe’s collection and demanded in his Instagram story to know why an item he claims to have loaned her was up for sale

They added: ‘It was never said to her it was a loan and the designer never asked for it back – at least to Khloe.’

Us Weekly reported that the dress was still up for sale on Monday morning and was described as an ‘electric blue round neck short sleeve form fitting midi dress with back zipper and black and blue crystal, with front slide slit’.

The site said the garment was in ‘excellent condition’ and listed it for $1,300.  By midday, the dress no longer appeared on the site.

Cowan’s star has been rising in Hollywood and is fun and funky designs have been spotted on Lizzo, Ariana Grande, Lisa Rinna and Megan Trainor to name a few. 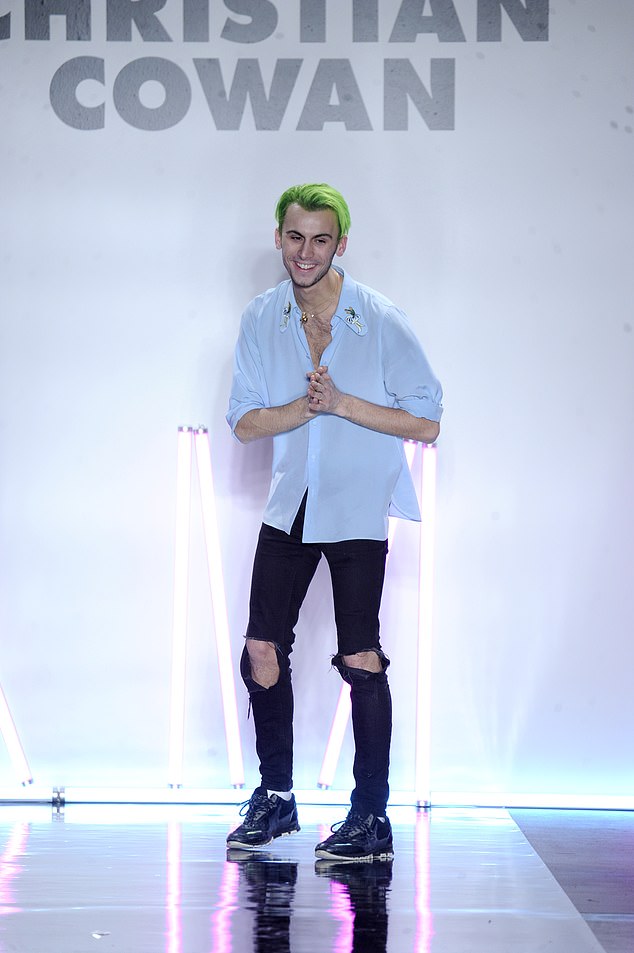 A source told DailyMail.com that the dress had been given to Khloe ‘as a gift through her stylist.’ adding that ‘It was never said to her it was a loan and the designer never asked for it back – at least to Khloe.’ (Christian Cowan pictured in 2017)

Kardashian Kloset launched in October 2019 as a way for the famous reality show dynasty to turn a profit on their massive designer collections.

It is a ‘luxury resale e-commerce platform that lists pre-owned items from the Kardashian-Jenner’s wardrobes,’ according to a statement from their publicity firm at the time.

The items include clothing, shoes, handbags and accessories from Kris, Kourtney, Kim, Khloe, Kendall and Kylie in a range of sizes and prices.

At the time of its launch, the site pushed their mission for ‘sustainability’: ‘Our goal at Kardashian Kloset is to share a part of the Kardashian Jenner family lifestyle by offering you the opportunity to own one of a kind items, while promoting sustainability.’ 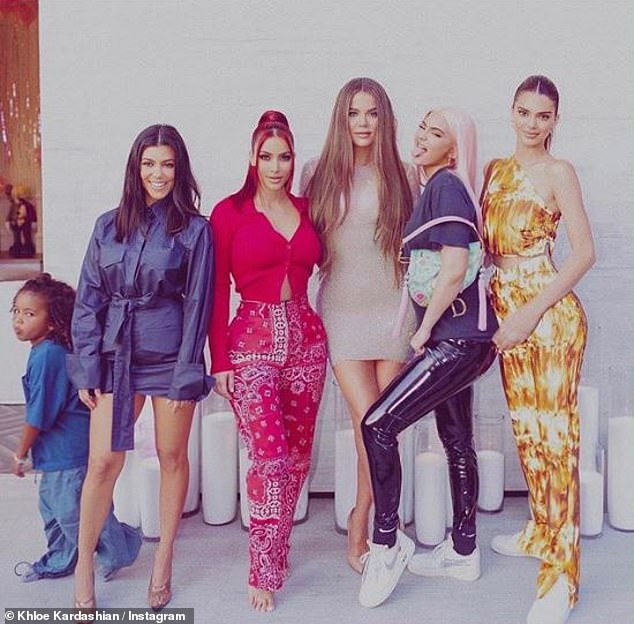 Moving on: As of Monday, the dress was no longer listed on Kardashian Kloset, a site where the five sisters and their momager re-sell their designer duds for a profit