Earlier in the week she was living it up while on vacation with her sister, Kim Kardashian.

And on Sunday, Khloe Kardashian, 35, was seen heading into a restaurant in Beverly Hills, CA, looking drop dead gorgeous in all white.

The Revenge Body star showed off her enviable figure in a skin tight dress as she headed in to enjoy an extravagant meal. 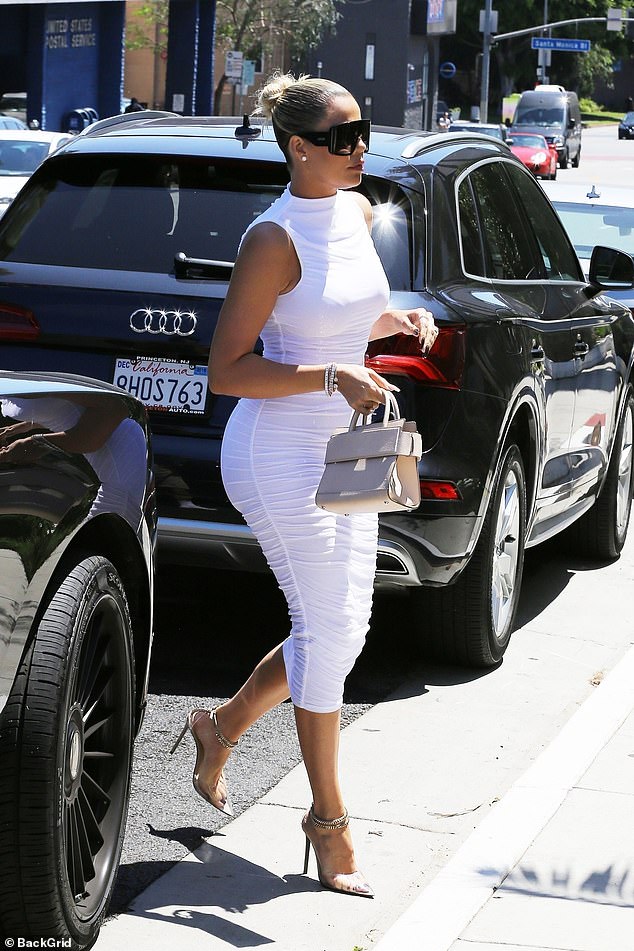 Woah! Khloe Kardashian, 35, was seen heading into a restaurant in Beverly Hills, CA, on sunday looking drop dead gorgeous in all white

With metallic, pointed toe heels on, Khloe strut her stuff across the sidewalk and into a cafe.

She accessorized her shin length, ruffled dress with a tan mini purse and numerous jewels on her arms and fingers. 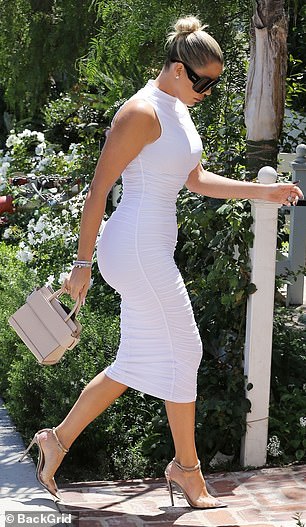 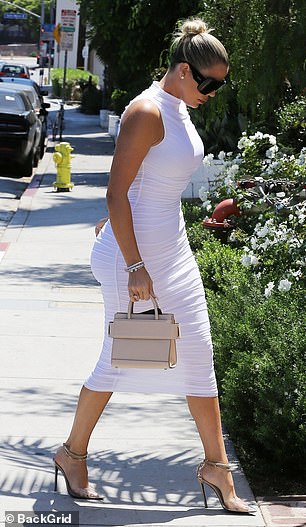 A whole look: With metallic, pointed toe heels on, Khloe strut her stuff across the sidewalk and into a cafe 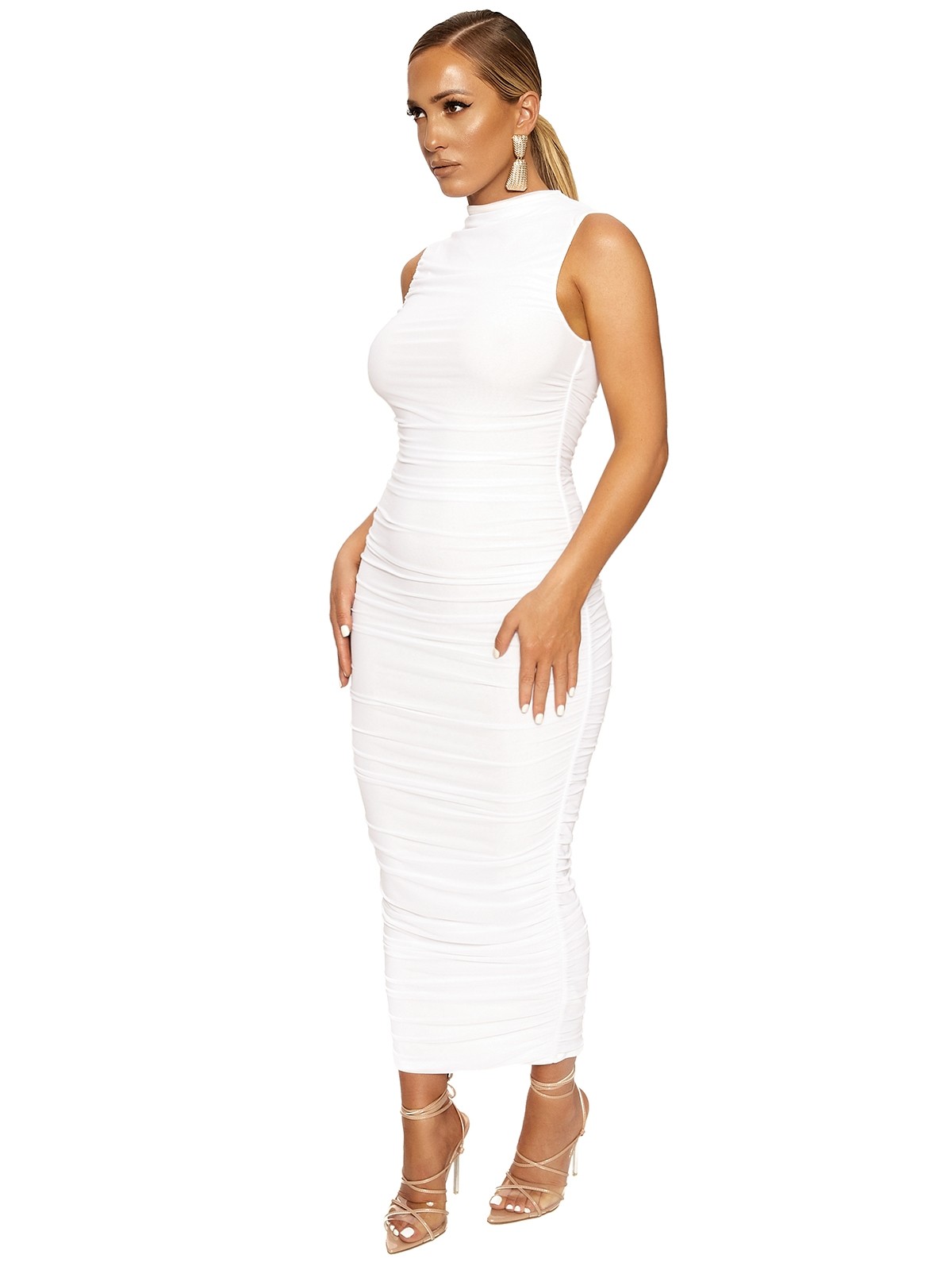 The beauty looked stunning with her hair slicked back into a bun and her skin extremely tan from her recent getaway.

Khloe exited her car as a valet held the door open for her, heading into a meal, seemingly by herself.

Kardashian’s ‘me-time’ follows her recent show of support for her ex husband, Lamar Odom, on a recent episode of Keeping Up With The Kardashians. 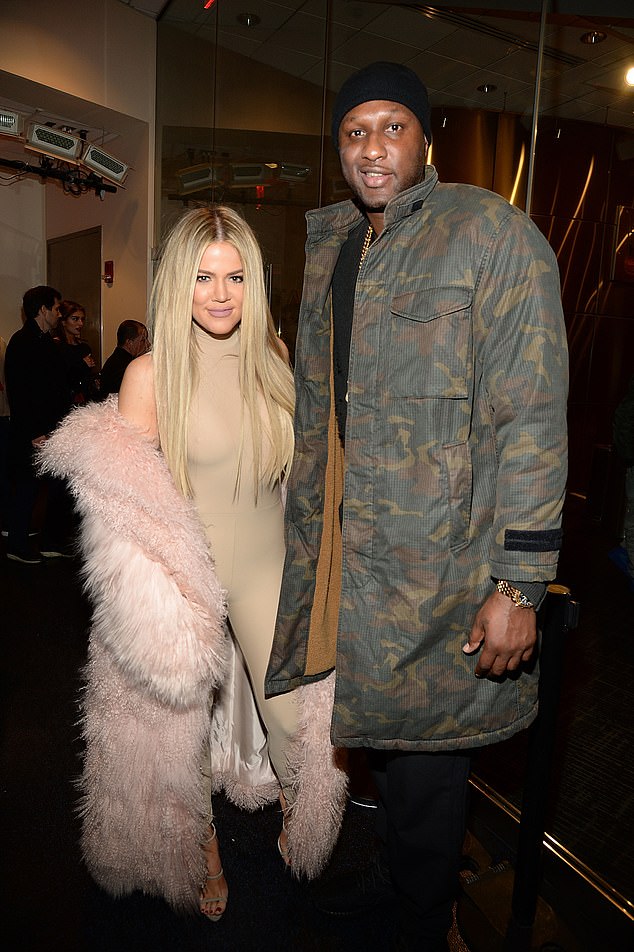 Sticking by him: While separated, Lamar fell into a coma after a near fatal overdose at a brothel. Khloe stuck by his side through his recovery and his first public outing (pictured) was in February 2016 at Kanye West’s Season 3 preview

This week marked ten years since the mom of True Thompson met her former spouse, before marrying him one month later, on September 27, 2009.

And while the couple went through their ups and downs very publicly before making their separate ways in 2013, the blonde proved she had nothing but nice things to say about her ex.

In a Keeping Up With The Kardashians promo, Khloe is seen talking to Kim about Lamar’s new memoir that details behind-the-scenes of their lives, including his struggles with alcohol and drugs.

When Kim asked about how she felt about the press the NBA star was doing, she said she was ‘fine’ with it.

‘It’s his truth, he’s allowed to tell his version. Him and I each played a significant role in each other’s lives so I think it’s natural, like, if I talk about my past, I would hope that my marriage would be a chapter that I would talk about and for him, the same thing.’

She went on to call Lamar ‘courageous’ for opening up so publicly about his past.

Khloe filed for divorce from the basketball star in December of 2016. 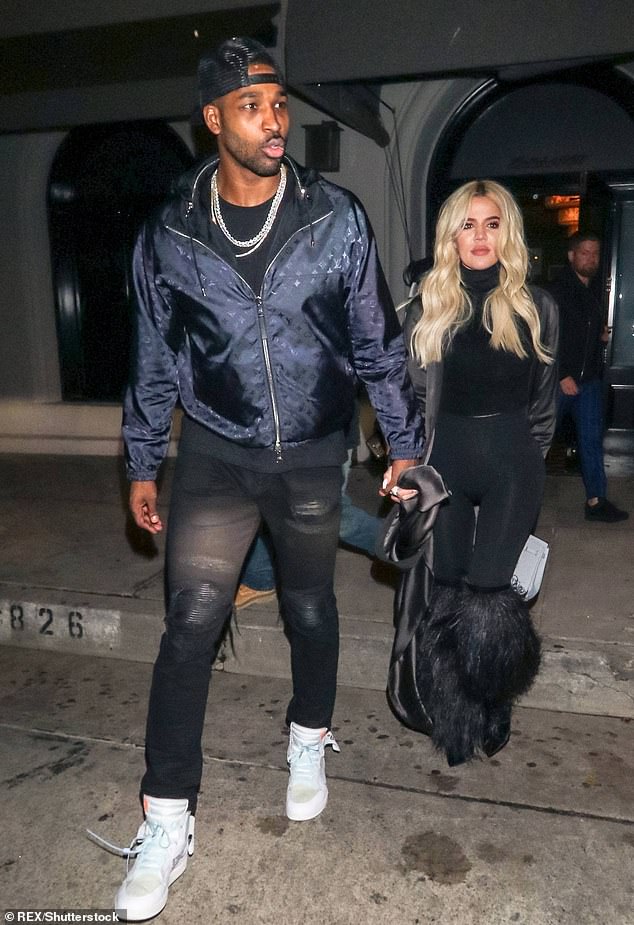 Former love: The youngest Kardashian daughter began dating her future baby-daddy, Tristan Thompson, in September 2016, before announcing they were pregnant the following year. Pictured in January

The youngest Kardashian daughter then began dating her future baby-daddy, Tristan Thompson, in September 2016, before announcing they were pregnant the following year.

Khloe welcomed daughter True Thompson into the world on April 12, 2018, just days after learning Tristan had been unfaithful to her.

While the pair worked on the relationship for the next nine months, things became unstuck once again in February 2019, when Tristan was caught out kissing sister Kylie Jenner’s best friend, Jordyn Woods, at a house party. 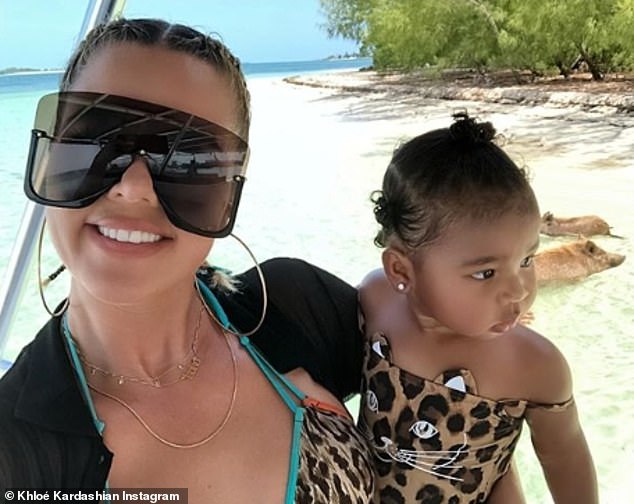 Mama: Khloe is the mom to True Thompson, one, who she shares with Tristan