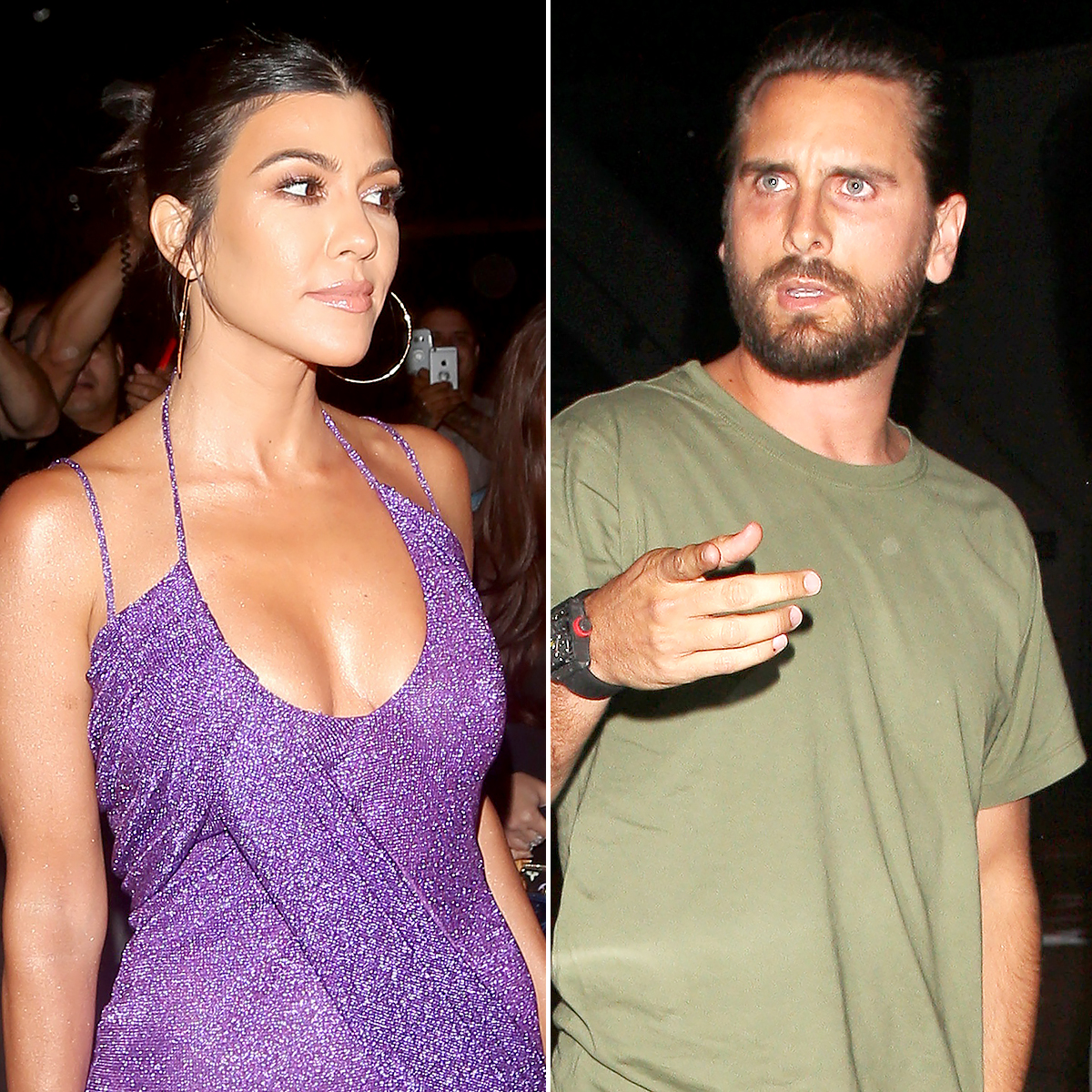 Now that Kourtney Kardashian’s relationship with Younes Bendjima is kaput, the Kardashian sisters are shipping her and Scott Disick again!

The Kardashian-Jenner family turned out in full force at Kylie Jenner’s 21st birthday party on Thursday, August 9. And Kourtney, 38, was at one point seated right next to Disick, 35, at the bash, which started at Craig’s in Hollywood before heading to nearby Delilah’s. 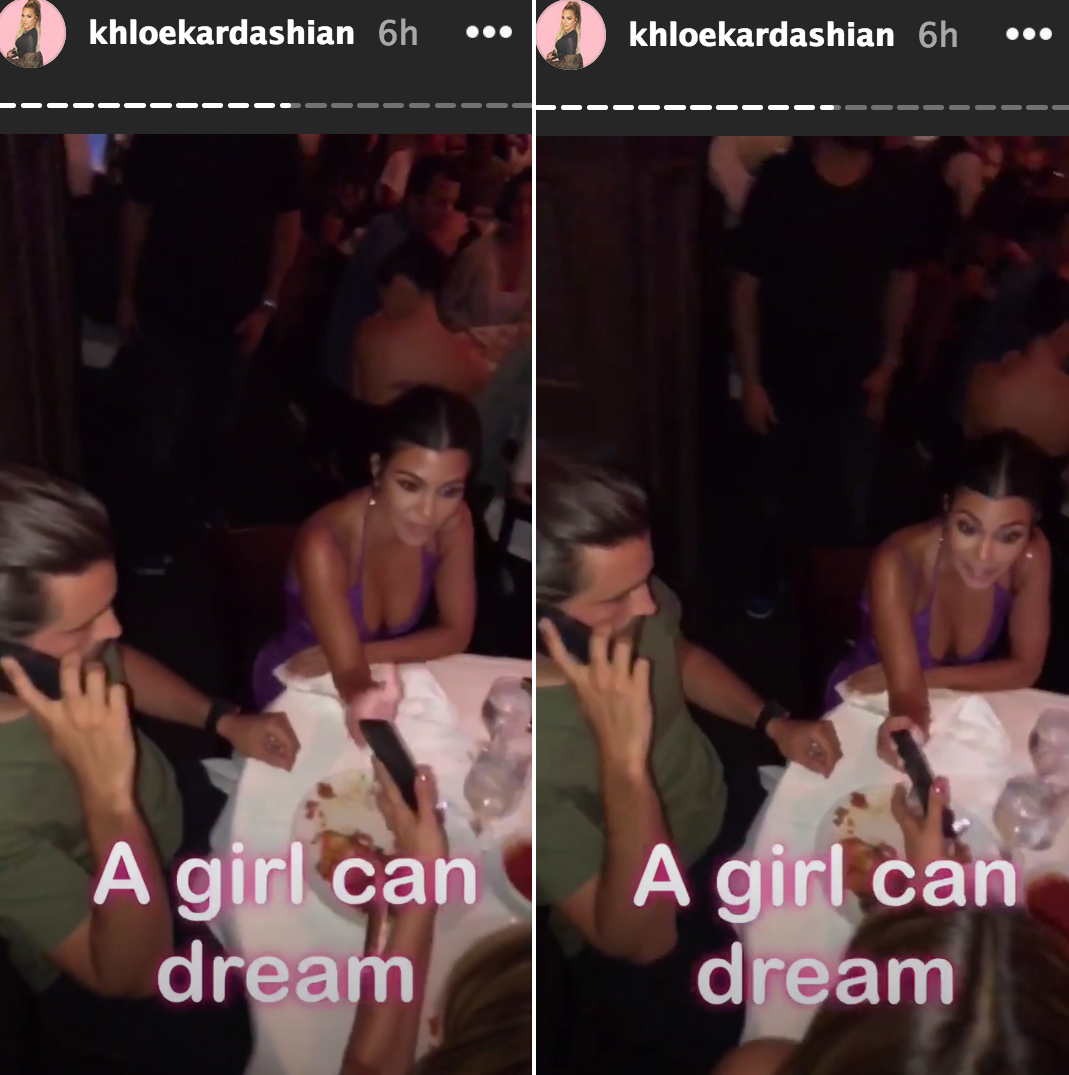 Khloé Kardashian, for example, captured that seating arrangement in an Instagram Story and captioned the footage, “A girl can dream.”

Kim Kardashian also took a video of the exes, who welcomed three children during their nine-year relationship. “Oh, just like an old married couple, on your phones,” the 37-year-old narrated. 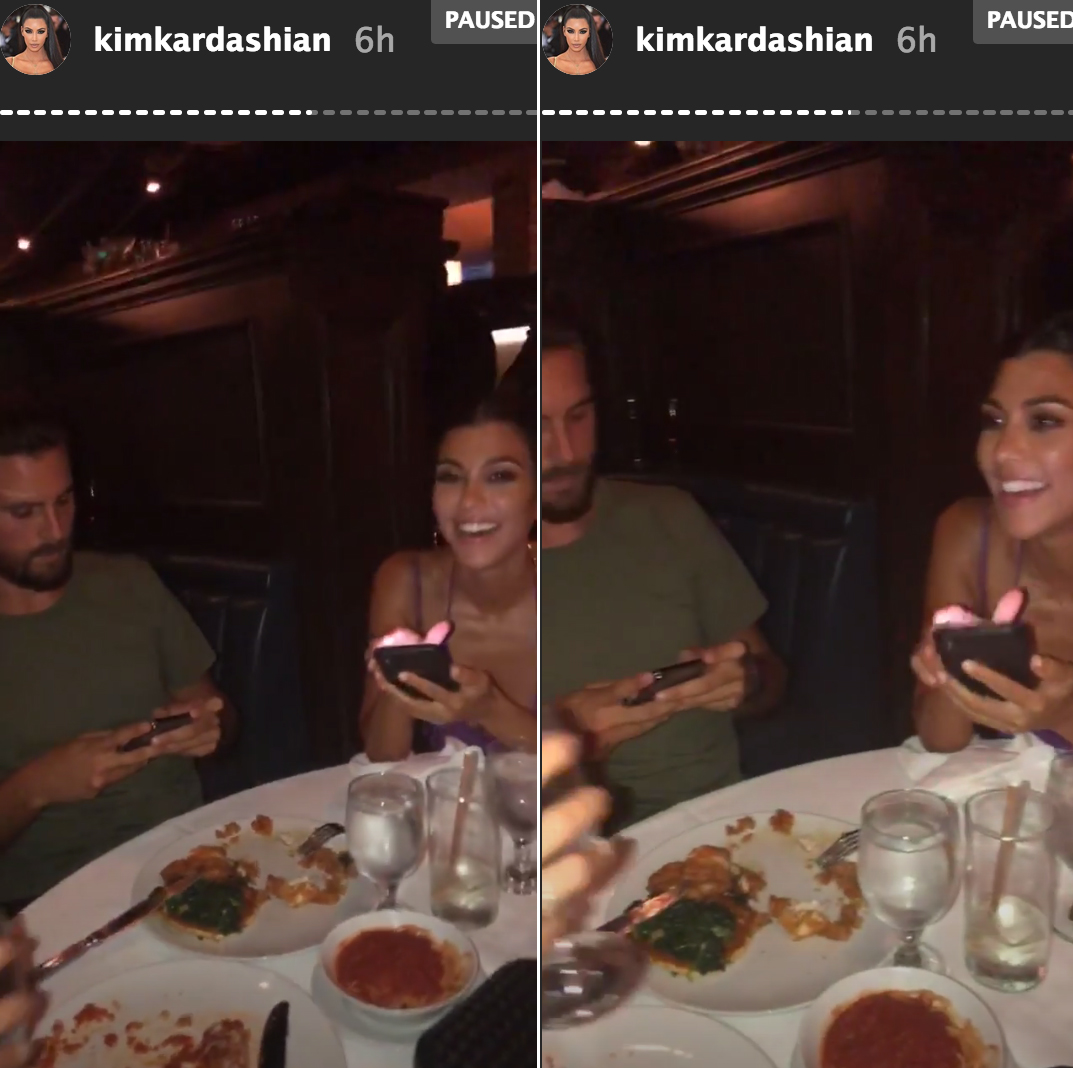 The party came two days after Us Weekly confirmed that Kourt had broken up with Bendjima, whose nearly two-year relationship with the reality star simply “ran its course,” a source later told Us.

“She ended it because it just wasn’t working anymore,” another insider told Us of Kourtney’s decision. “There wasn’t any dramatic moment.”

But don’t expect the newly-single star to rebound with her ex. Disick is still dating Sofia Richie, who was spotted at West Hollywood hotspot Nobu at the time of the party.

“He and Sofia are happy where they are now and they’re simply doing their own thing,” a source told Us on Wednesday, August 8. “And Scott and Kourtney are coparenting their kids as they have been with great success.” (The former couple share Mason, 8, Penelope, 6, and Reign, 3.)

The source added: “Scott will always love and be there for Kourtney and is just happy that they are on good terms for the sake of their kids. He has Sofia and doesn’t want to be bothered with any drama.”