‘He was worth waiting for’: Kim Cattrall gushes about her boyfriend of four years after three failed marriages

Kim Cattrall seems to be a smitten kitten when it comes to her relationship of four years.

Speaking to People magazine on Friday Kim, 64, gushed over her boyfriend Russell Thomas in a way that would have left Samantha Jones shaking.

Though fairly private about their relationship, Kim who has not been seriously linked to anyone since her marriage to ended in 2004, said Russell  ‘was worth waiting for.’ 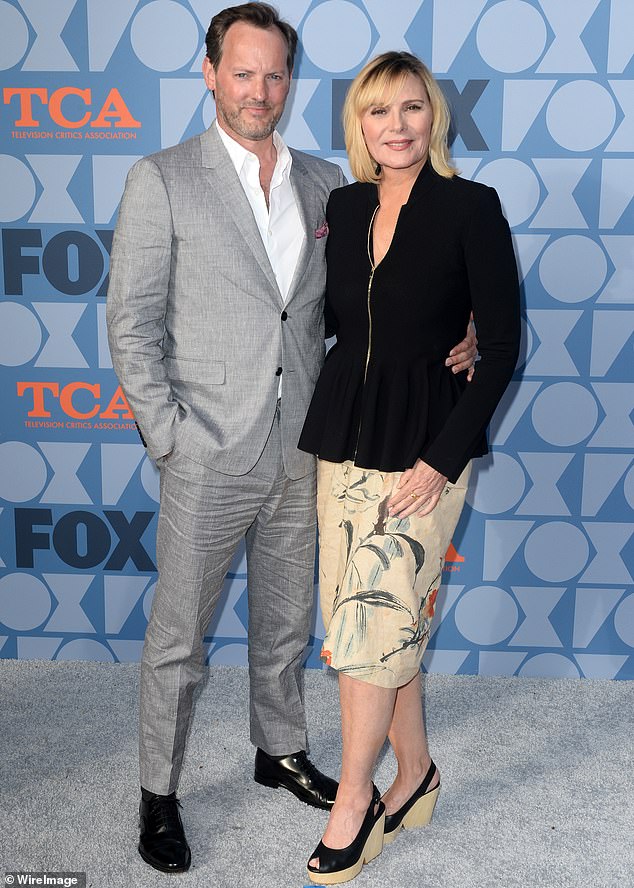 True love: Kim Cattrall, 64, opened up to PEOPLE about her relationship of four years to Russell Thomas. The Sex And The City actress and her beau both share British ties and currently reside together in Vancouver

Cattrall first met her match when she met Thomas in 2016 while he was working at the BBC.

Kim who was born in Liverpool immediately felt at ease around Russell who was from Kent, England through their shared UK ties.

‘It’s just so easy…I’m very comfortable around him’ she says. At the beginning it seems as if the couple both acted on gut instinct.

Kim invited Russell to her house in Canada on the pretense that they ‘kind of liked each other and [they] kept in touch’ though they did not know each other very well.

Though the couple had only hung out a few times and shared a handful of meals together Russell took Kim up on her offer and ended up moving internationally to nurture their relationship. 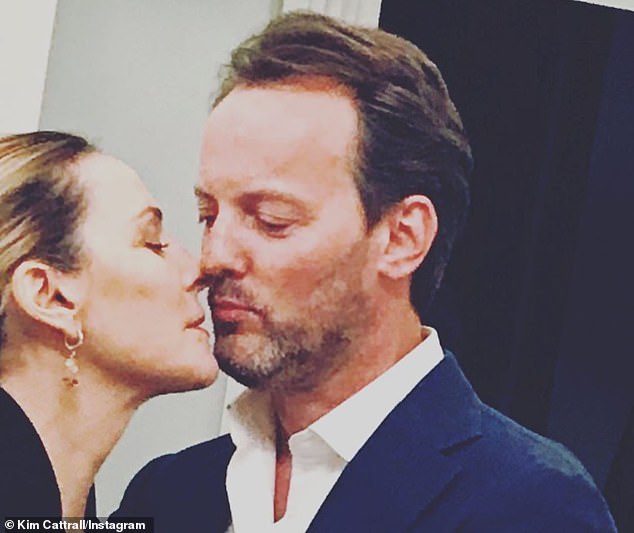 Sparks flying: Cattrall said though she and Thomas had only shared a few meals together she could tell they ‘kind of liked each other and kept in touch’ prompting Kim to invite him to her home in Vancouver

‘He came and we got along great, and we’ve been together ever since’ said Kim.

She added, ‘He’s a firecracker and he’s got a wicked sense of humor. And he’s easy on the eyes!’

At the start of quarantine the couple relocated full time back to Vancouver though she still has a place in NYC.

‘From the beginning, [Russ] and I felt like we needed to get out of town, so we came up to my house in Canada’ she said.

Cattrall who was raised in Vancouver though born in England felt the need to go back to her roots. 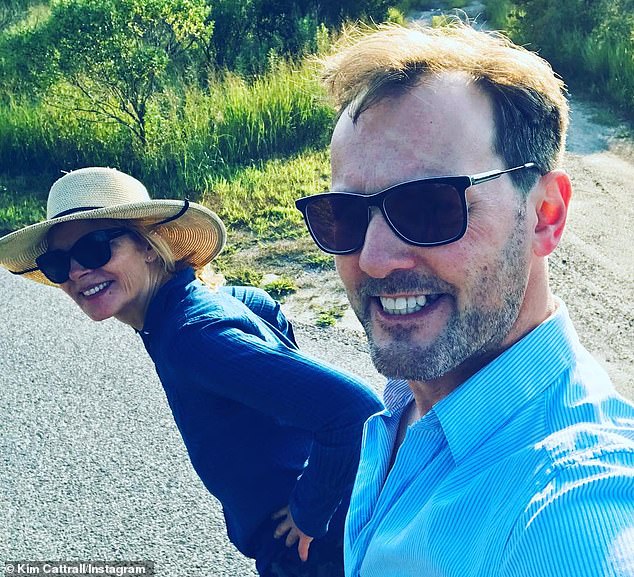 Rooted: Kim and Russell were both born in England which gave them a level of commonality and made her feel very at ease around him

Happy 50th @pustleru What a wonderful life with you. KX

Happy 50th @pustleru What a wonderful life with you. KX

‘The mountains, the orcas, when I was a teenager I didn’t appreciate it. But now, they’re bringing me back.’

Cattrall who catapulted to fame after her portrayal of sex-crazed Samantha Jones on HBO’s Sex And The City has been married three times over the years.

Though nothing stuck in the long run, Kim feels like she has finally found her person.

She is not shy on social media, sharing photos of the two living their most loved-up life and exuding utter happiness.

‘I love him…and he was worth waiting for’ she gushed. 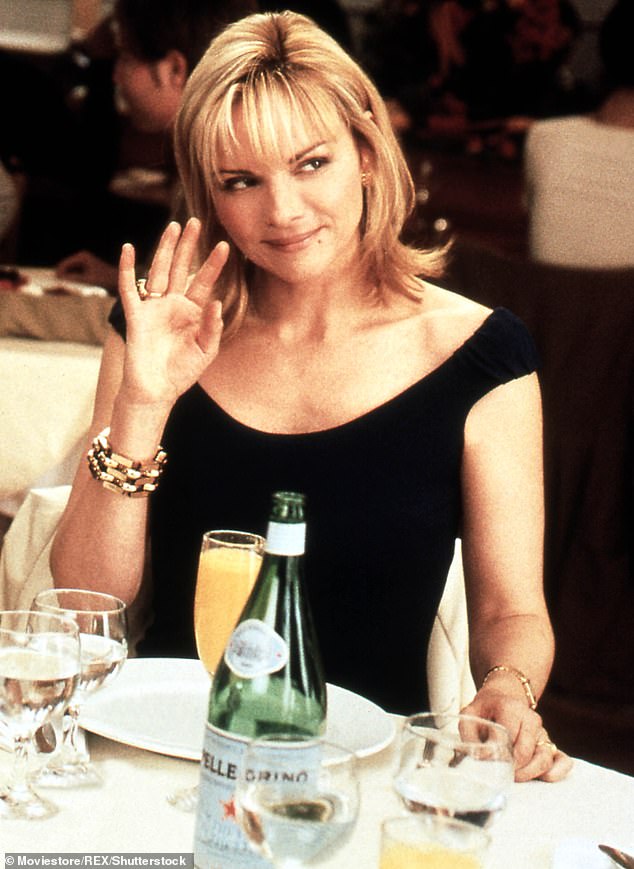 Samantha: Kim’s notorious sex-loving character Samantha Jones was not much for relationships though it seems as if Kim has finally found her match after four years of dating

Since setting up shop in Canada it seems as if the relationship continues to go from strength to strength even taking pride in little things like morning routines.

The British rooted pair start their day in a very English way – with a cup of tea together in the morning and after lunch. ‘It’s hot water over a tea bag, with milk, no sugar and exactly the right temperature.’

Cattrall was wed to Canadian writer Larry Davis from 1977 to 1979. The marriage was annulled.

She was also married to German architect Andre J. Lyson from 1982 to 1989, during which time she learned to speak German fluently.

Her third marriage was to sound designer Mark Levinson from 1998 to 2004. She blames the collapse of that marriage on the success of Sex and the City as she was absent from home so much. 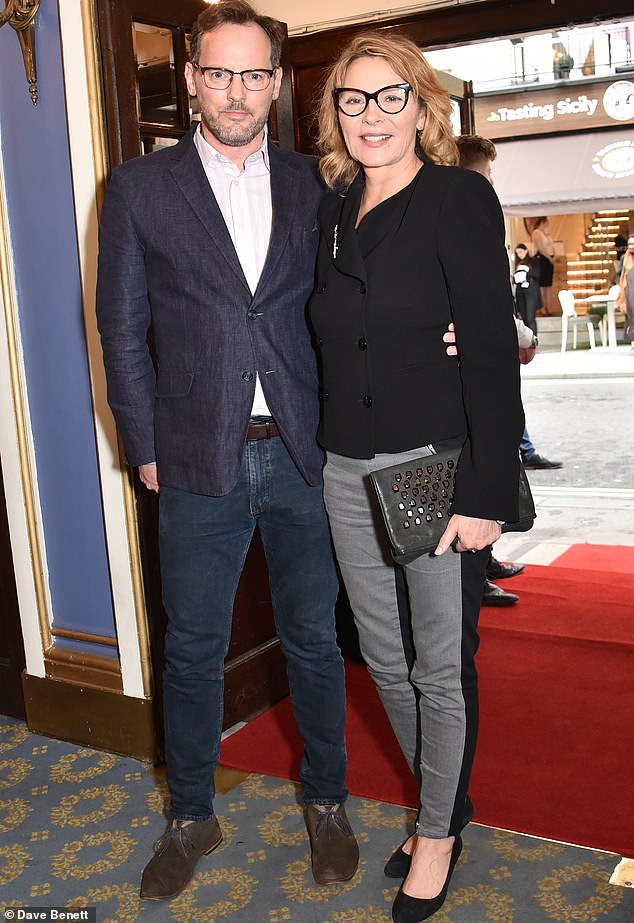 Worth the wait: Kim and Russell have been living in Vancouver amid the Coronavirus Pandemic. The couple have gotten to know each other through this unfettered time since Hollywood productions have been down