The reality star, 39, put her fabulous body and new shapewear on display as she modeled her latest range alongside a bevvy of other SKIMS-wearing women.

The shiny collection is designed by Kim herself, and comes in six different styles made from light, breathable fabric. 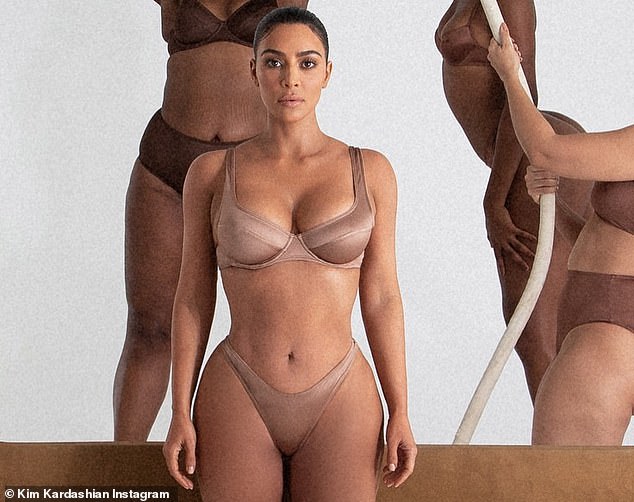 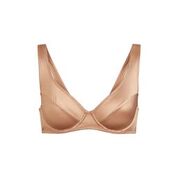 The upcoming collection comes in five shades ranging from nude to black, with the satin fabric adding a luxurious touch.

In the ad, Kim puts her fantastic figure on show as she models an assortment of the undergarments, including a beige bra and thong underwear.

The graceful ad shows models channeling their inner dancer and yogi as they strike an array of flexible poses.

In one photo, Kim remains the center of attention as models stretch at a ballet barre. 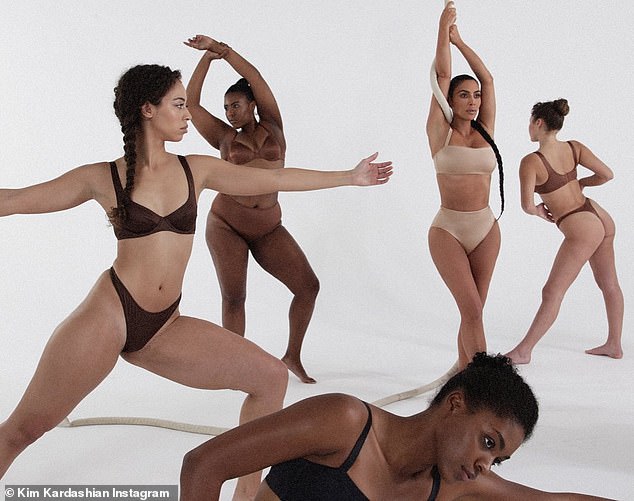 Tug of war: The reality star wrapped a rope around her arm as she modelled a bra and high waist underwear 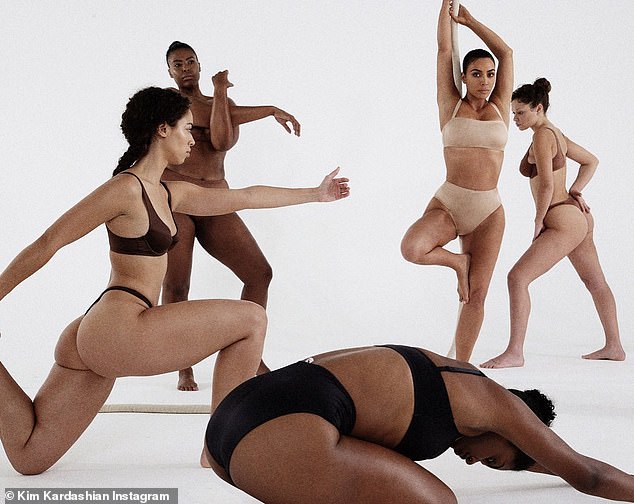 Just breathe: As Kim balanced against the rope, models struck a variety of yoga poses

The reality star wears a nude bra and high waist underwear as she wraps her arm around the rope. 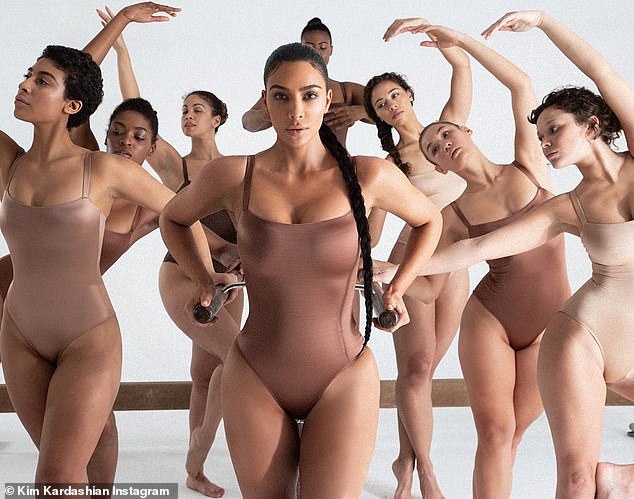 Dancer’s body: Models surrounded Kim as they stretched at a ballet barre

Prices range from $62 for the unlined underwire bra to to $88 for the bodysuit.

The new collection will be released January 30.

Kim announced her brand new collection on Instagram as she unveiled the artistic ad campaign.

‘So excited to introduce @skims Stretch Satin. A new collection of ultra-luxe intimates available in new tonal shades and in sizes XXS – 4X. The fabric is super stretchy, has a really pretty high sheen to enhance and accentuate your curves in all the right places. The new collection will launch 01.30 at 9AM PST!’ she wrote, before urging fans to join the wait list on the SKIMS website.

Pretty soon, fans will be able to shop for their SKIMS at Nordstrom, which will begin selling the shapewear at stores nationwide. 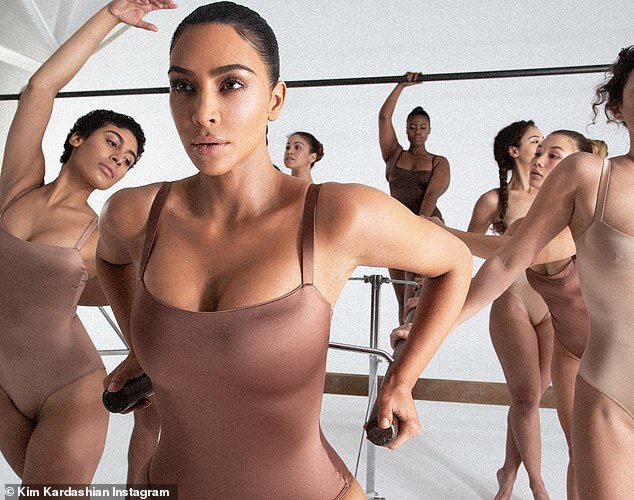 Check it out: Pretty soon, fans will be able to shop for their SKIMS at Nordstrom, which will begin selling the shapewear at stores nationwide