If husband Kanye West has his wish, she is in the running of becoming The First Lady in four-months time.

But Kim Kardashian’s thoughts are currently more focused on her hair color.

The 39-year-old beauty took to social media on Monday to reveal she was wanted to trade in her new raven tresses for her natural dark shade. 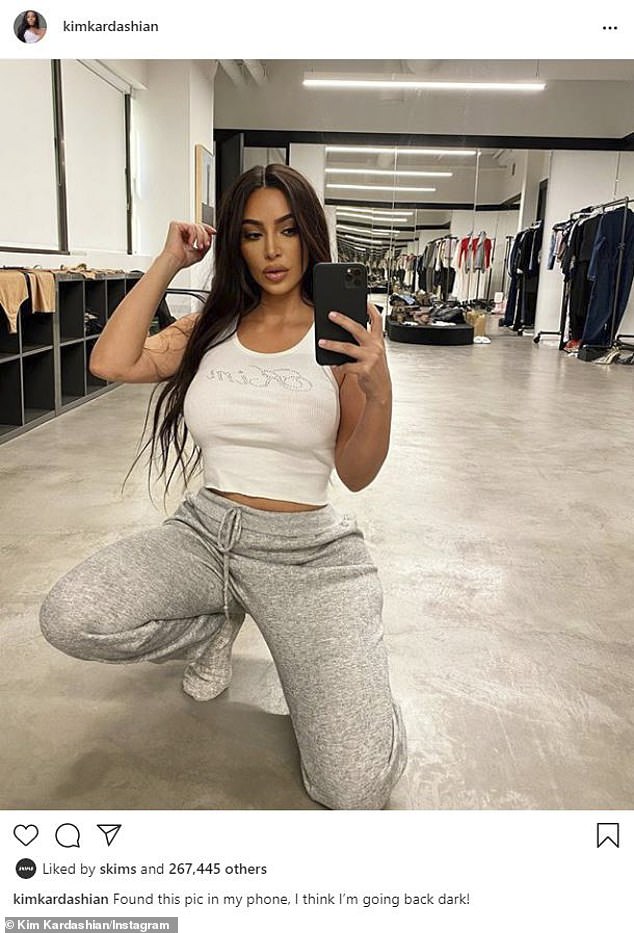 Natural: Kim Kardashian said she was thinking of going back to her dark tresses when she posted a throwback photo on social media on Monday morning

‘Found this pic in my phone, I think I’m going back dark!’ she captioned.

She teamed the look with a pair of grey joggers and some socks for the mirror selfie. 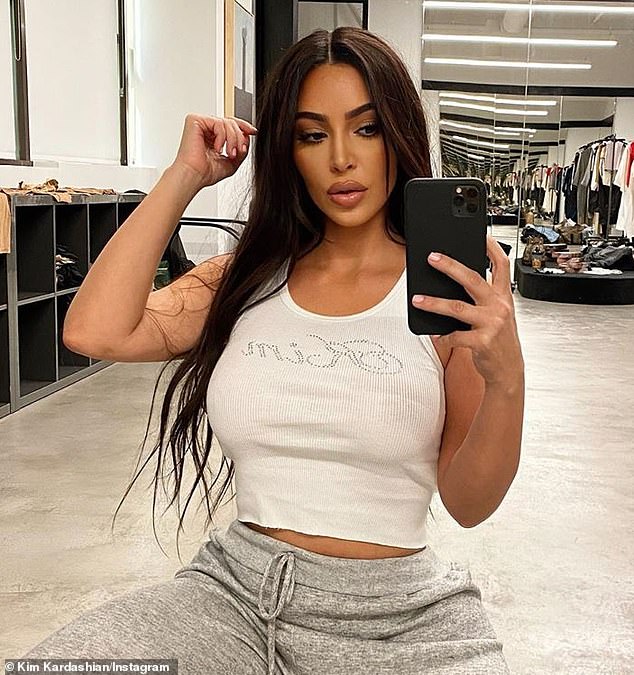 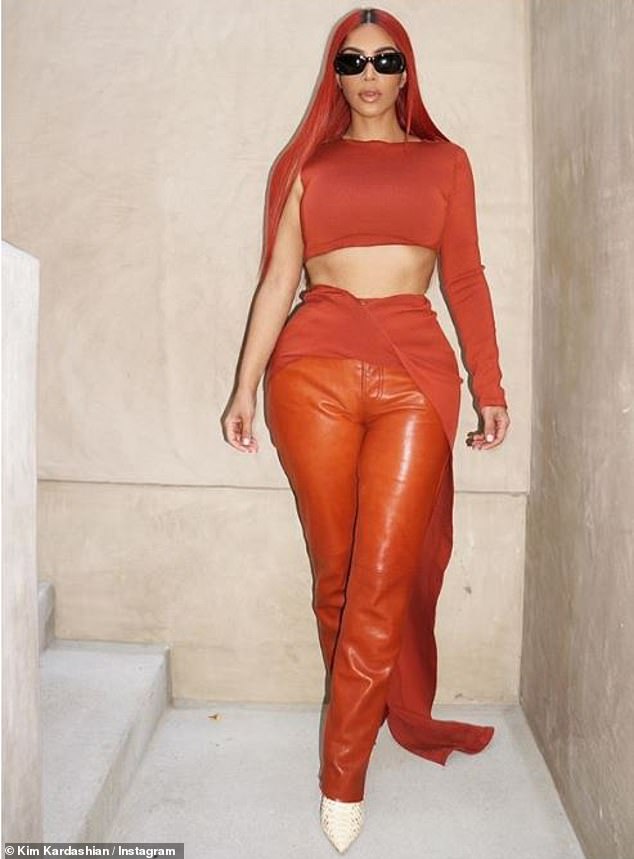 New look: Kim Kardashian matched her latest outfit to her new hair color in a series of snaps posted to Instagram on Sunday

Kim’s long dark tresses were styled out and draping over her petite physique.

The mom-of-four’s glam was heavy with attention on a smokey eye, contoured cheekbones and nude plump pout.

Her dark hair mirror selfie comes after she took to the social media platform on Sunday to share a fiery red hot look.

Kim donned a fire red three piece set that featured a one sleeve crop top, teamed with matching leather pants and a skirt fixture over the pants.

She teamed the look with white snakeskin boots, and dark oval sunglasses.

As she posed in a concrete staircase, her new hair perfectly matched the outfit. 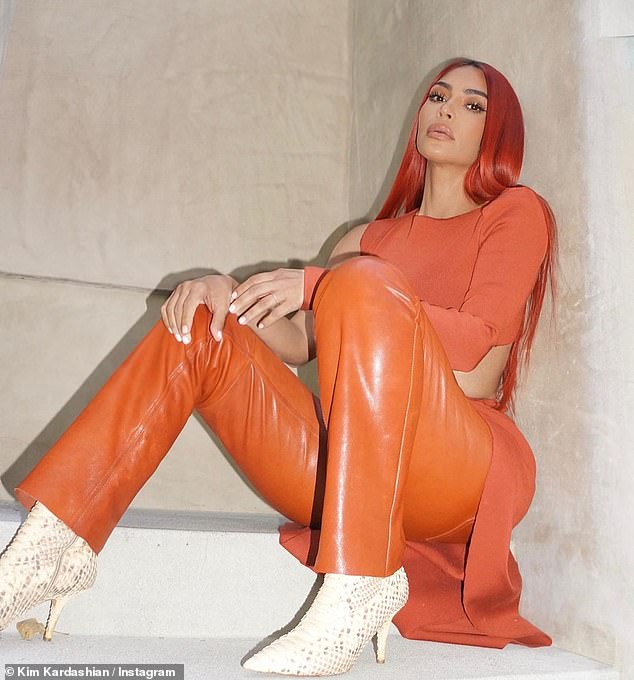 Set: Kim donned a fire red three piece set that featured a one sleeve crop top, teamed with matching leather pants and a skirt fixture over the pants

Showing off multiple angles of her outfit, she went from posing standing and straight on to the camera, to sitting.

Chatting to fans in a video on her stories she revealed the new color isn’t one of the many wigs she often dons.

‘It’s mine, I dyed it,’ Kim said as she chatted with someone about her new ‘do.

She tried out an eerie blue eye filter in the first video, before trying out a lighter shade of brown than usual for a piercing stare.

Kim’s posts come after she appeared to endorse her husband’s claim he was running for US President on Saturday.

The reality TV star retweeted the 43-year-old rapper’s statement he was throwing his hat in the electoral ring, along with her own addition to the message.

A thousand words: Wife Kim had little to say immediately after Kanye’s announcement he would run for US President, but showed her support by tweeting an American Flag emoji in response

Kim simply tweeted an emoji of the United States flag in her July 4th message.

In September 2016, Kim told Wonderland, ‘Look at all the awful things they’re doing to Melania [Trump], putting up the naked photos [of her]… I’ll say to Kanye: “Babe, you know the kind of photos they’d put up of me!” Haha.’

Kanye announced on Saturday he is running for president of the United States, just four months ahead of election day on November 3.

The 21-time Grammy winner celebrated Independence Day with the announcement on Twitter, which was met with mixed reactions and skepticism. 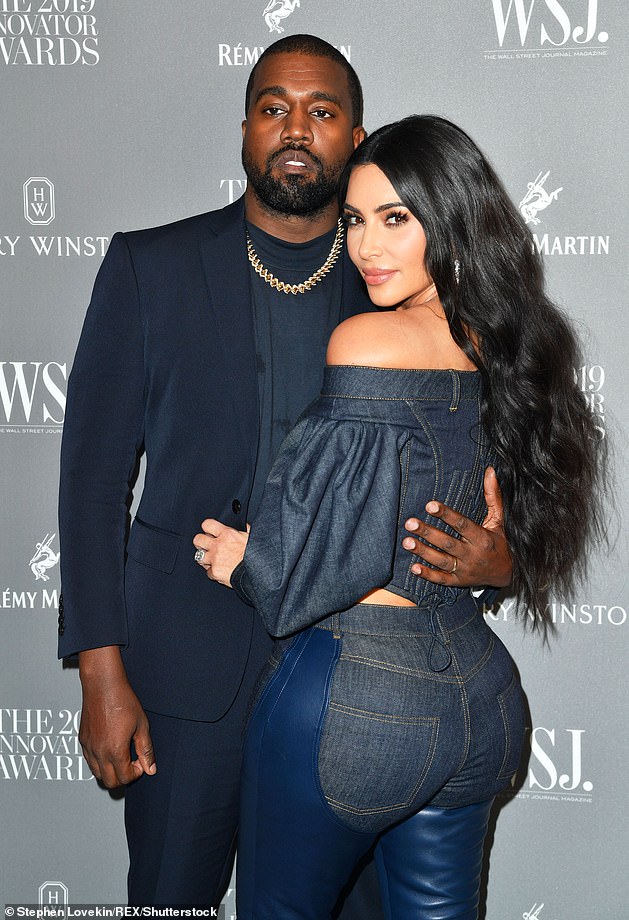 ‘We must now realize the promise of America by trusting God, unifying our vision and building our future. I am running for president of the United States! #2020VISION’, he tweeted on Saturday.

The rapper has sparked speculation over the years that he would potentially enter the presidential race one day, most recently in November, when he said he planned to run in 2024.

It is unclear if he has filed any official paperwork to appear on state election ballots this year.

While there is no official deadline to enter the presidential race, candidates must meet certain filing requirements under Ballot Access Laws that vary by state.

The deadline to add independent candidates to the ballot has not yet passed in many states, including California. 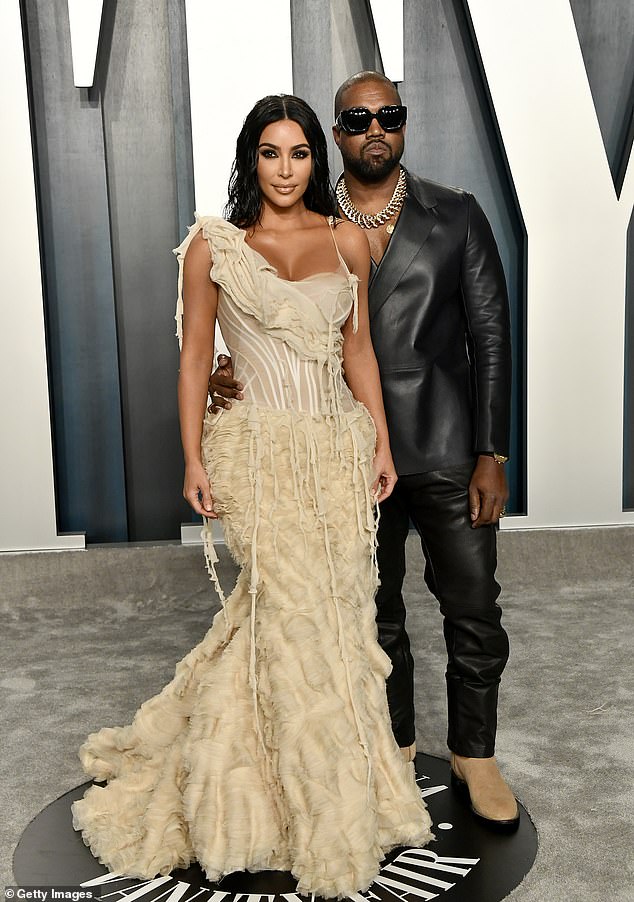 Will he really run? It is unclear if Kanye has filed any official paperwork to appear on state election ballots this year (pictured 2020)