And now the Hollywood star’s rumoured appearance fee has been revealed.

According to NW magazine, Kim was paid around $2million (US$1.35million) to wear a netball bib and act confused by Sharon’s pronunciation of ‘noice’. 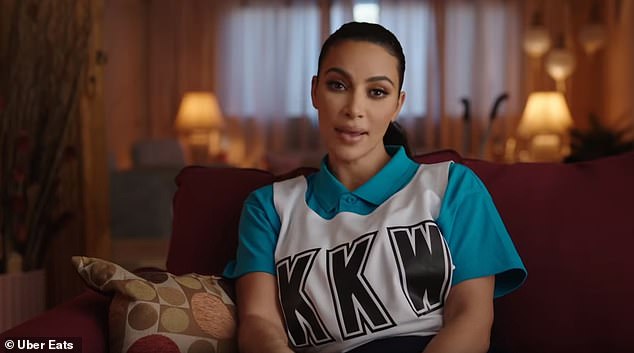 Not bad for a day’s work! Kim Kardashian was reportedly paid around $2million to wear a netball bib and act confused by Sharon Strzelecki’s pronunciation of ‘noice’ in the Uber Eats ad

Magda, 58, said she was initially shocked the Keeping Up with the Kardashians star had agreed to film the advert, which featured a slew of in-jokes about mid-2000s sitcom Kath & Kim.

Australians loved the commercial, with hundreds of fans praising it on Twitter as a ‘masterpiece’ and ‘the greatest Uber advert ever made’.

The $2million figure had previously been suggested by Junkee, which speculated that Kim’s global fame and influence had likely pushed up her price.

Viral: According to NW magazine and Junkee, Kim’s global fame and influence meant she could demand a seven-figure payday

Speaking on the Today show last week, Magda said that Kim was confused by the commercial at first, as she had no idea what netball actually was.

‘At first, she thought it was some kind of joke about the Met Ball. And it’s the most anti-fashion ad that you can imagine!’ she said. 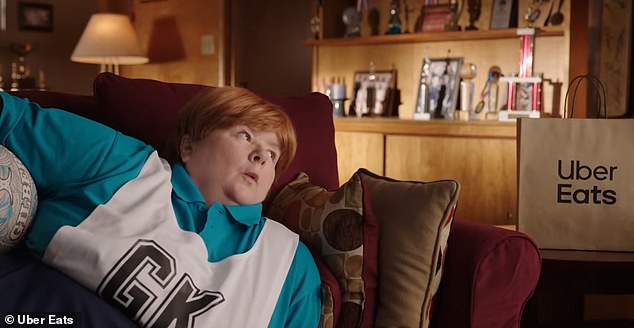 However, she later clarified to Fitzy & Wippa that the two women hadn’t actually been in the same room when they filmed the advert earlier this year.

She joked that Sharon’s ‘busy schedule’ was to blame, meaning that Kim, 39, had to film her side of the conversation two days beforehand.

‘They were in the same room, but not at the same time,’ she said. 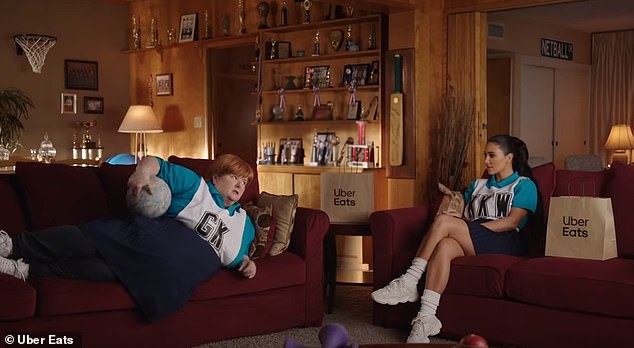 Optical illusion: Magda revealed last week that the two women hadn’t actually been in the same room when they filmed the Uber Eats advert earlier this year