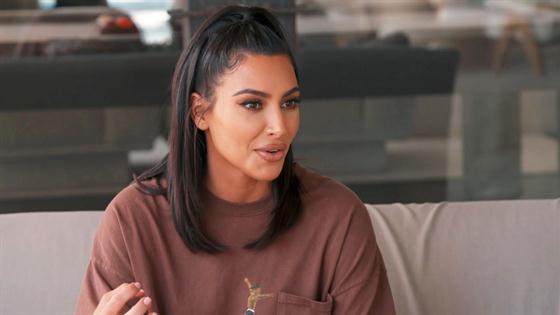 How to pull off a surprise b-day bash like a Kardashian?

Kylie Jenner—the creative brain behind events like last May’s skincare launch extravaganza—has already been looped in. As fans learned back in June, when the real-life party took place, it was the 22-year-old cosmetics mogul who planned Khloe’s pastel-toned surprise soiree.

“I feel like if anyone deserves a Kylie-thrown party, it’s Khloe,” Kim says in the new clip, and Kris (who is going to be “on some yacht in the middle of some ocean” during the actual gathering) agrees, “100 percent.”

But while Stormi Webster‘s mom handles decor, activities and the like, her sisters have a few additional tasks to delegate. Namely: figuring out how to execute the unexpected affair without, you know, spoiling the surprise first.

“Kylie called Khloe and said, ‘Hey, I want to take over your party. Just send me the list.’ Three seconds later, Khloe texts me, ‘Did you tell Kylie about the party?'” Kim explains. “And I go, ‘No, what’re you talking about? What party?'”

“Now she’s gonna know when she watches this,” Kourtney laughs, but Kanye West‘s wife has her eye on the big picture.

“I know,” she smiles. “But I’ll take one for the team of being a liar for her to have a better party.”

Think Khloe’s onto them, or what? See Kim talk through the terms of her well-intentioned white lie in the full clip above!

Watch a brand new episode of Keeping Up With the Kardashians Sunday Dec. 1 at 9 p.m., only on E!