Home » Celebrities » Kourtney K. Admits She Has ‘a Lot of Tension’ With Kim 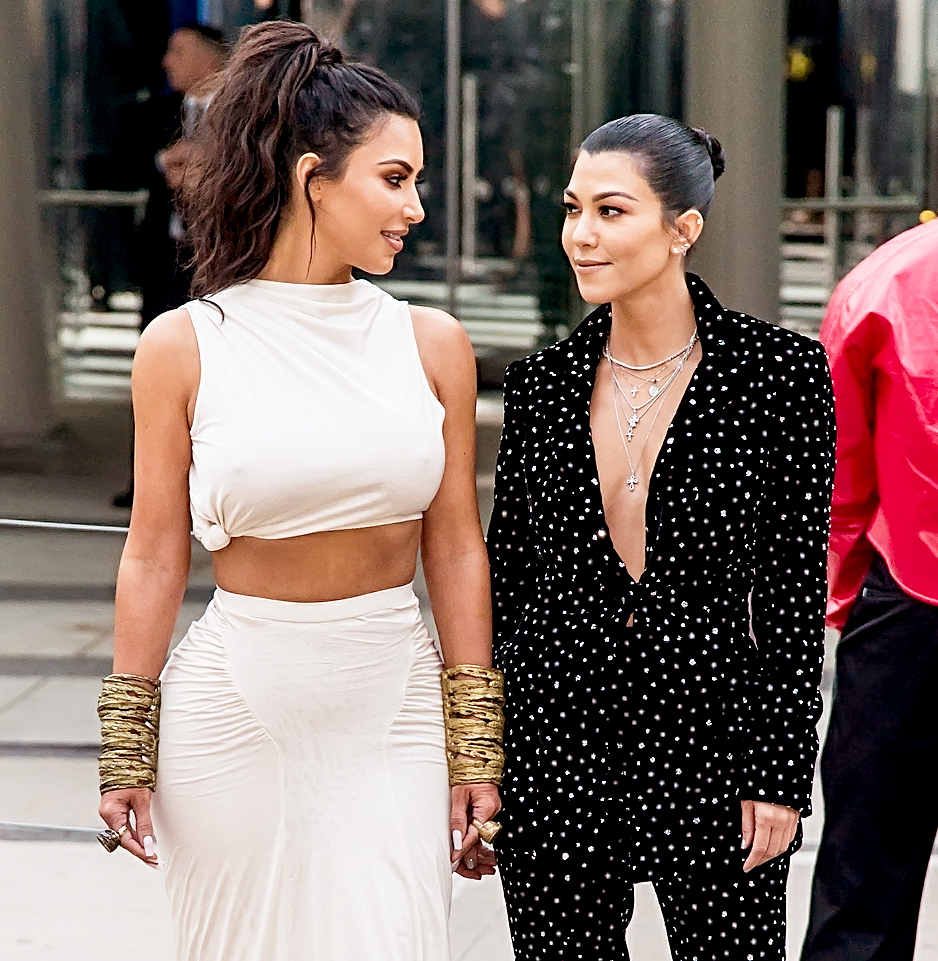 The infighting between the Kardashian sisters may not be over just yet. Kourtney Kardashian spoke out in a new interview about her argument with Kim Kardashian that is being teased for the new season of Keeping Up With the Kardashians.

“I think it started at the end of season 14, a lot of tension building between us,” Kourtney, 39, told E! News on Friday, August 3. “I felt like every day almost I was being picked on and criticized and I just couldn’t take it anymore.”

The TV personality admitted that she is still patching things up with Kim, 37, and Khloé Kardashian. “Honestly, I think it’s ongoing,” she said of their tension. “I’ve been really working on myself a lot and I think through my growth, I’m better at expressing myself. I think in the past I’ve always been great at, like, not being emotional. I think that I’m better now at expressing my feelings. … It’s a lot of communication instead of letting things go back into the way that they were. It’s definitely a process and you’ll see it throughout the season.”

The drama between the reality stars began when Kourtney told Kim that the photo shoot for their annual Christmas card conflicted with something else in her schedule.

“Kourtney is out. She won’t be at the shoot because she is the one that has the annoying schedule,” the KKW Beauty founder said in a sneak peek from KUWTK that was released on Wednesday, August 1. “I need Kourtney to not be so f–king annoying with a stick up her ass like she runs this s–t because she doesn’t. She’s the least exciting to look at.”

The argument continued in a second teaser that debuted on Thursday, August 2. “I choose to be a mother to my three kids [Mason, 8, Penelope, 6, and Reign, 3]. I’m not here looking for another job. I already work enough, more than I would like to,” Kourtney told Kim over the phone. The Selfish author retorted, “You’re the most f–king entitled person on the planet when you work the least.”

Kim took it a step further when she called out a fan on Twitter for taking Kourtney’s side. The fan tweeted on Thursday that Kim “doesn’t seem to understand” that Kourtney “is done living this Kardashian life.” He added, “She’s sick and tired of being forced to stay relevant by working herself off just to remain relevant. Kourtney just wants to be present in her children’s lives.”

Later that day, Kim urged the fan to watch the upcoming season of her family’s E! reality series before sharing his opinion. “Oh word, did Kourt tell you this?” she tweeted. “She sure wanna live that Kardashian life though, and BTW this photo shoot was our Christmas card. Family memories we were creating. Just tune in before you start acting like you know things.”

Keeping Up With the Kardashians season 15 premieres on E! Sunday, August 5, at 9 p.m. ET.