Home » Celebrities » Kourtney Kardashian reveals she 'wishes' she were pregnant

Kourtney Kardashian is asked by Instagram fans if she is pregnant as she models an orange leotard but she replies ‘no, I wish’

Kourtney Kardashian posted a photo of herself in an orange leotard on Wednesday.

Soon after her Instagram fans were asking if the mother-of-three was pregnant because her midsection appeared bigger than normal. 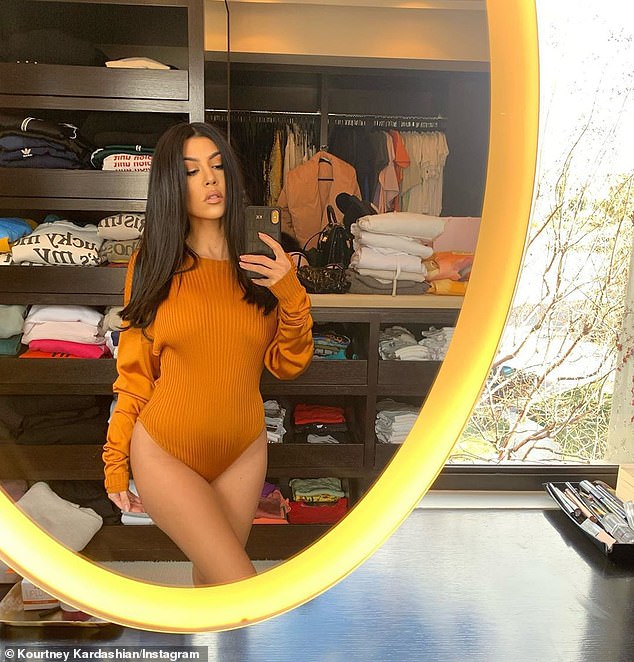 She wishes: Kourtney Kardashian shared this steamy snapshot to her Instagram page on Wednesday that had fans wondering if the reality star was pregnant 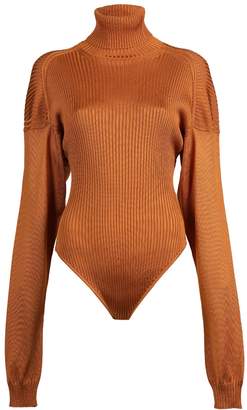 Kardashian stood before her closet mirror to take a mirror picture of her pant-less frame.

She donned a long-sleeved orange bodysuit that complimented the tan she acquired, while vacationing in Portofino, Italy with Bendjima and her three children, Mason, 10, Penelope, 7, and Reign, 5.

‘Tryna fix your inner issues with a bad b*tch,’ she captioned.

Her raven hair was styled into a sleek middle part that allowed her locks to flow evenly onto the form-fitting leotard. 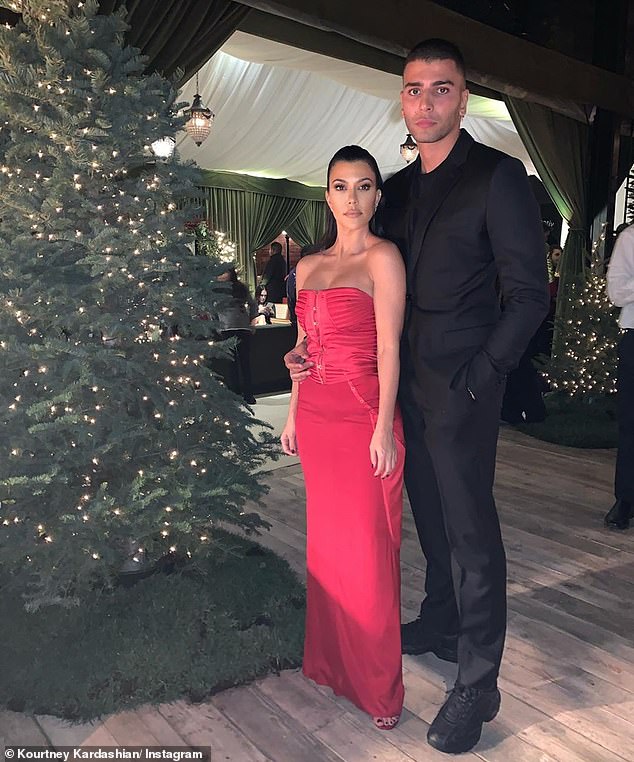 Together again: Kardashian confirmed she was back together with her ex-boyfriend Younes Bendjima in December when she shared this photograph on Instagram 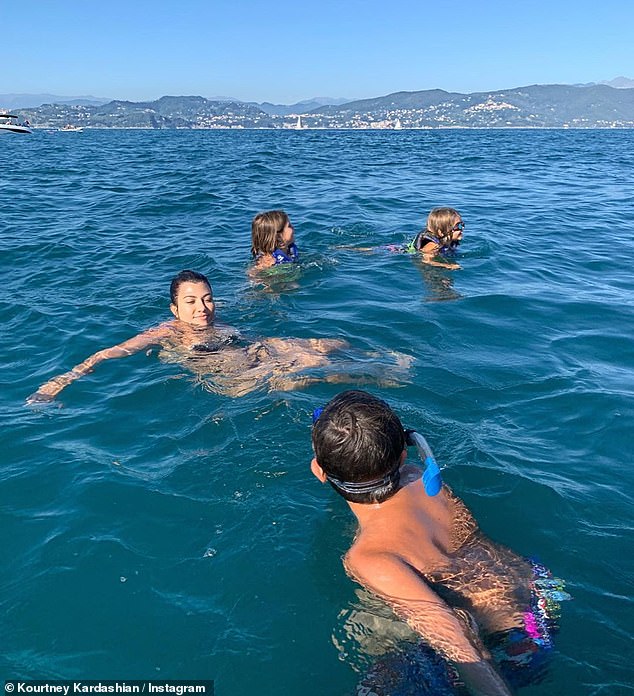 But something about Kardashian’s pose made many of her 86million Instagram followers wonder if she may be expecting her fourth child.

She confirmed that while she is definitely not pregnant, she isn’t ready to throw in the baby making towel just yet…especially with Bendjima back in the picture. 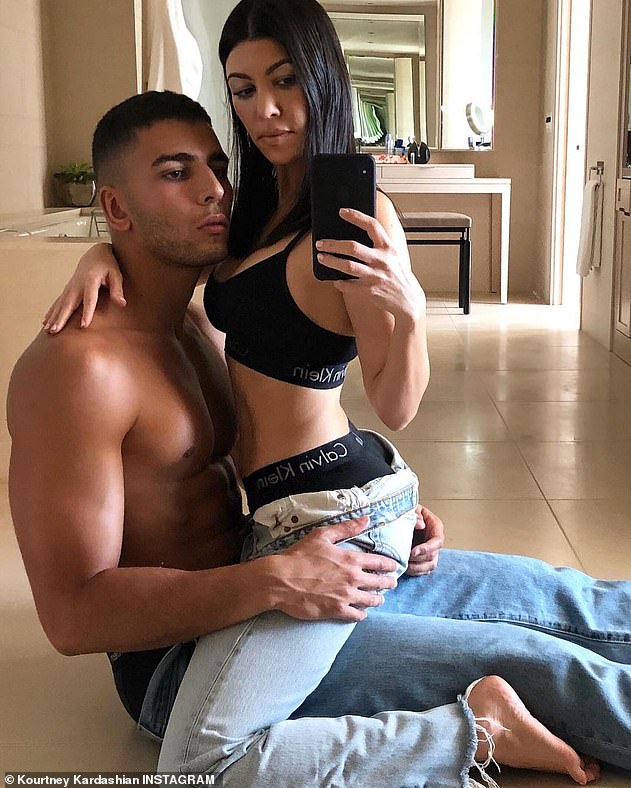 Throwback: The pair were incredibly open about their relationship on social media with Kardashian sharing this photograph to her Instagram in early 2018 of herself and Younes 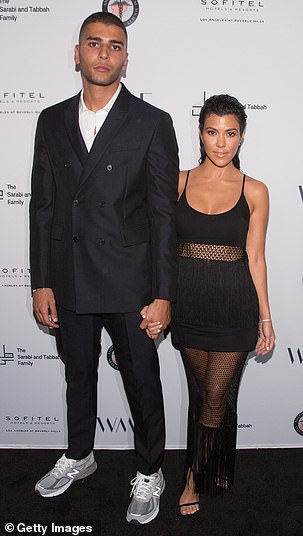 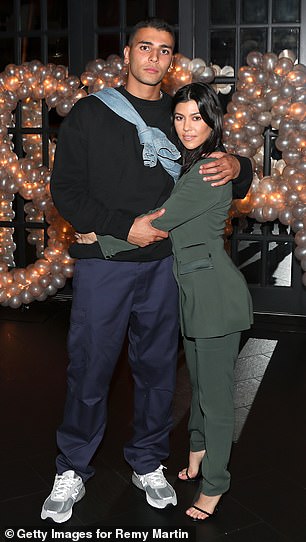 Going public: During 2018, the couple attended numerous events together, including the 2018 Voices in Displacement Gala and Tristan Thompson’s Birthday party

The reality starlet shared a photograph of the pair standing before a giant Christmas tree in a prom-style pose.

Kardashian wore a stunning floor length red gown, while Bendjima, suited up in all black, towered over her.

Sources say Kourtney has been ‘happy’ spending time with Younes who has been doing his best to earn her trust back.

‘In the past, Kourtney was very happy dating Younes and she feels the same now. They took a long break because Kourtney felt that she couldn’t trust him. He is trying to convince her that she can though,’ a source close to the Kardashians revealed to People magazine.

Following his appearance at the Christmas party, the Algerian model was invited by Kourntey to Disneyland to celebrate the birthdays of Reign and Mason.

Neither have outright confirmed their rekindled relationship.

Kardashian met the 26-year-old in Paris in October of 2016, marking Kourtney’s first public romance since the end of her long-term relationship with her ex Scott Disick. 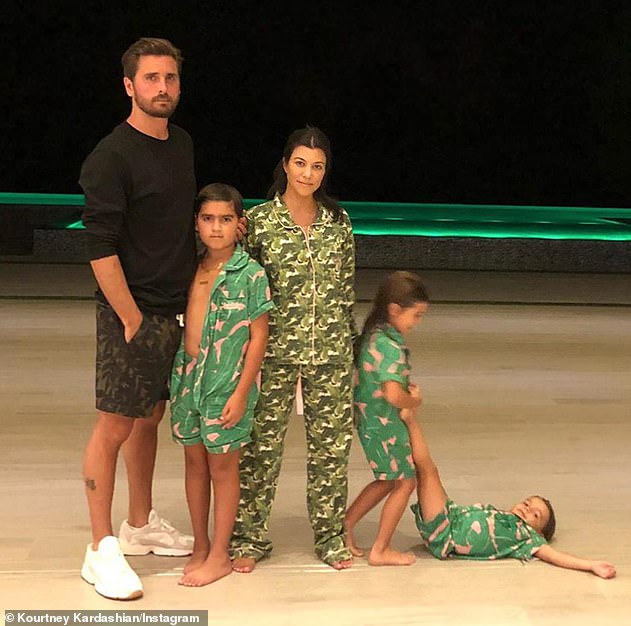 Keeping it cool: Disick and Kardashian have a healthy co-parenting relationship, often hanging out with their children together, as seen here during Thanksgiving in 2018

Kardashian left Disick in 2015, after having conceived three children during the span of their 12-year relationship.

Her final child to date, Reign, was born in December of 2014.