And, Kris Boyson and Bianca Gascoigne stepped out in coordinating as they headed for dinner in Essex, on Sunday, with the blonde beauty proudly clutching the £15,000 Hermes Birkin bag which her boyfriend had given to her earlier that day. 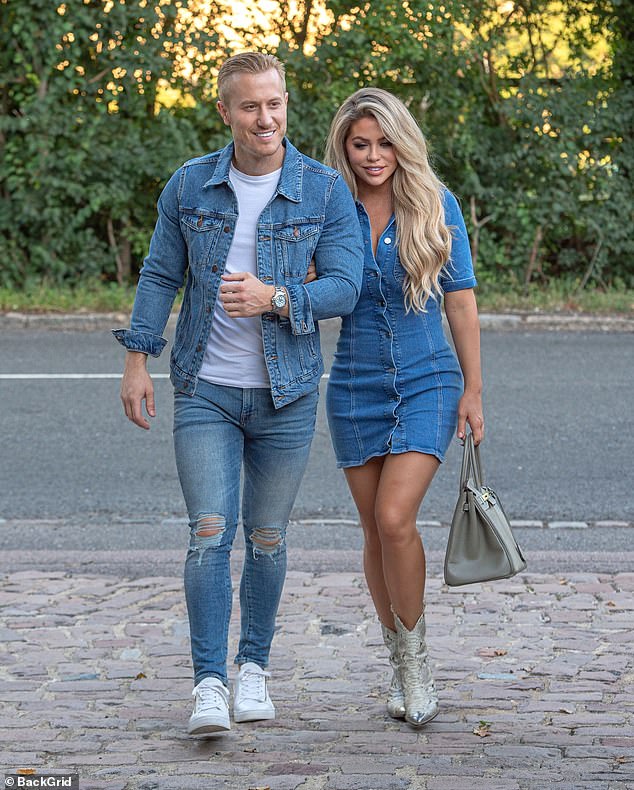 Kris Boyson, 31, and Bianca Gascoigne, 33, stepped out in coordinating as they headed for dinner in Essex, on Sunday

Kris opted for a pair of extremely slim-fitting jeans featuring distressed knees, and went for double-denim with a matching jacket worn atop a plain white tee.

Bianca showcased her curves in a denim, buttoned-up mini dress and styled her long locks into mermaid style waves.

They were every inch the happy couple as they strolled along arm in arm, and in a further nod to pop star Britney’s famous outfit, Bianca strolled along in animal print cowgirl boots.

Former couple Justin, 39, and Britney, 38, were classed style icons for attending the 28th annual American Music Awards in matching denim ensembles – a trendsetting look which is still replicated to this day. 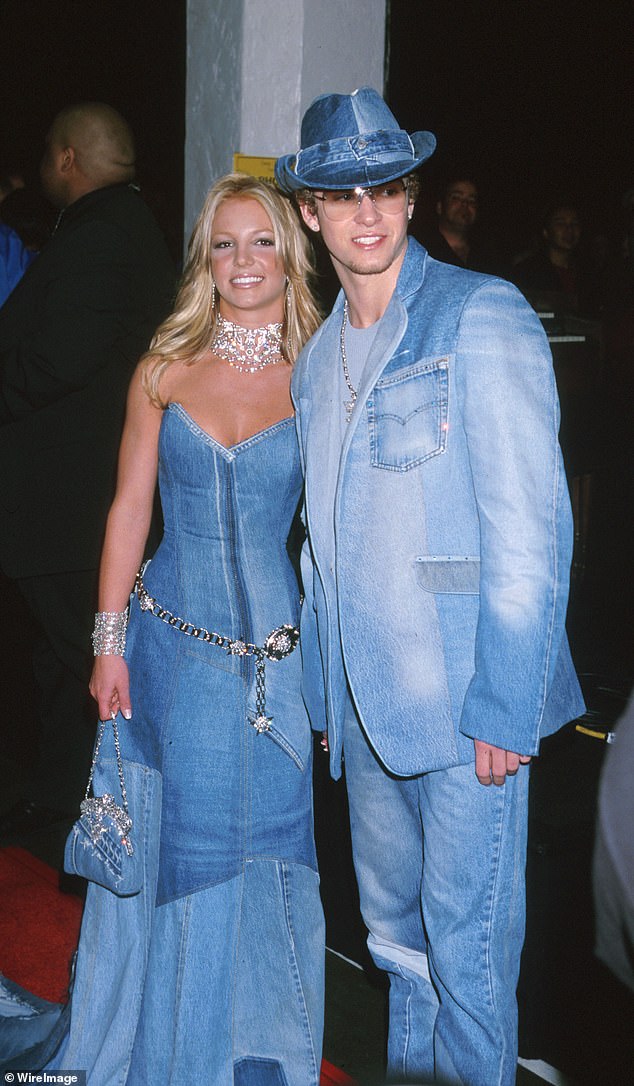 Last month, Kris, who was recently accused of messaging ex Katie Price, 42, when he first started dating Bianca, had uploaded a message about putting their past behind him in support of her son Harvey, 18.

Katie branded him a ‘fame-hungry, wannabe t**t’ in an explosive Instagram post after he wished her son a speedy recovery amid his ICU stint.

The reality star slammed her former partner’s ‘cheap’ gesture as she claimed he hadn’t reached out to her family privately before he decided to take to social media.

Kris’ original post read: ‘No matter what happens in the past, I wish my little mate a speedy recovery. HP [black heart emoji]. (sic)

Screenshotting his message, Katie fumed: ‘@KrisBoyson this is such a cheap way of wanting press off the back of my son being in intensive care! 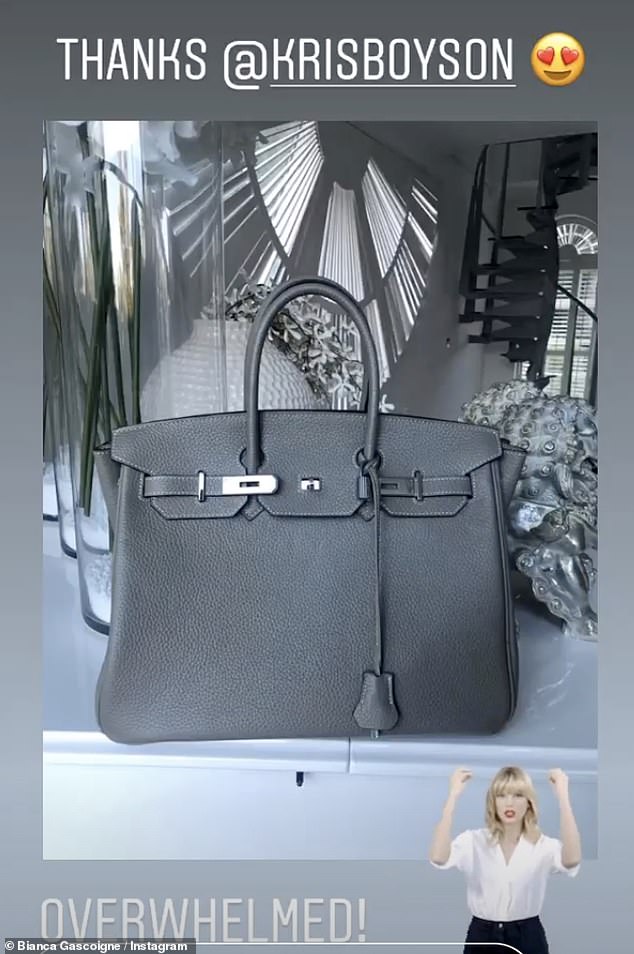 Overwhelmed! The blonde beauty proudly clutching the £15,000 Hermes Birkin bag which her boyfriend had given to her earlier that day, and which she’d shown off on Instagram

‘You could have messaged privately to me or my family and still haven’t! You didn’t care if my kids had a mum or not due to your actions four months ago so go do one, you fame hungry, wannabe t**t.’ (sic)

A spokesperson for Katie added to MailOnline: ‘Katie is deeply upset over Kris Boyson Instagram.’ Sources alleged the mother-of-five believes the fitness enthusiast ‘used’ Harvey in order to ‘look good in front of fans’.

Katie has since embarked on a romance with former Love Island star and car salesman Carl Woods, 31.

The TV star revealed mutual friends set them up and said she has known the hunk for two years.