Kylie Jenner was declared the world’s youngest billionaire earlier this year, when she was just 21 years old.

And Kardashian/Jenner matriarch Kris Jenner was the main driving force behind her initial foray into the lucrative beauty and cosmetics industry.

Never ones to rest on their laurels, the mother-daughter tandem kept up their entrepreneurial spirit by sharing a couple a photos of themselves decked out in black and white ensembles. 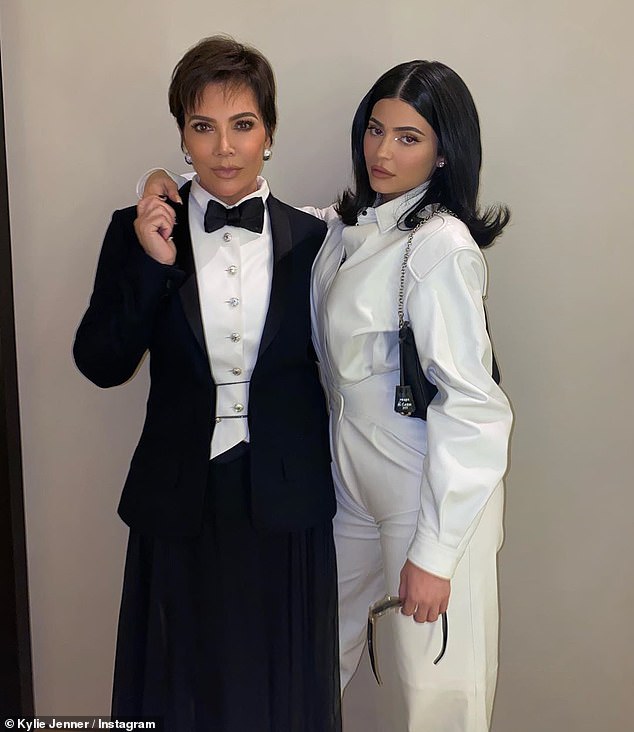 Duo: Kylie Jenner shared two photos of herself and mother Kris Jenner before a night out

‘Locking down deals etc,’ the young Kylie Cosmetics founder and owner wrote in the caption.

In the snaps, Kylie, now 22, showed off her famous curves in a white jumpsuit.

The one-piece number, which had several buttons along the top portion, hugged her derriere but then flared out from the knees down.

She also donned a pair of black heels, stylish sunglasses, carried a small black purse  and wore her raven tresses along with some major sheen and a soft wave at the bottom. 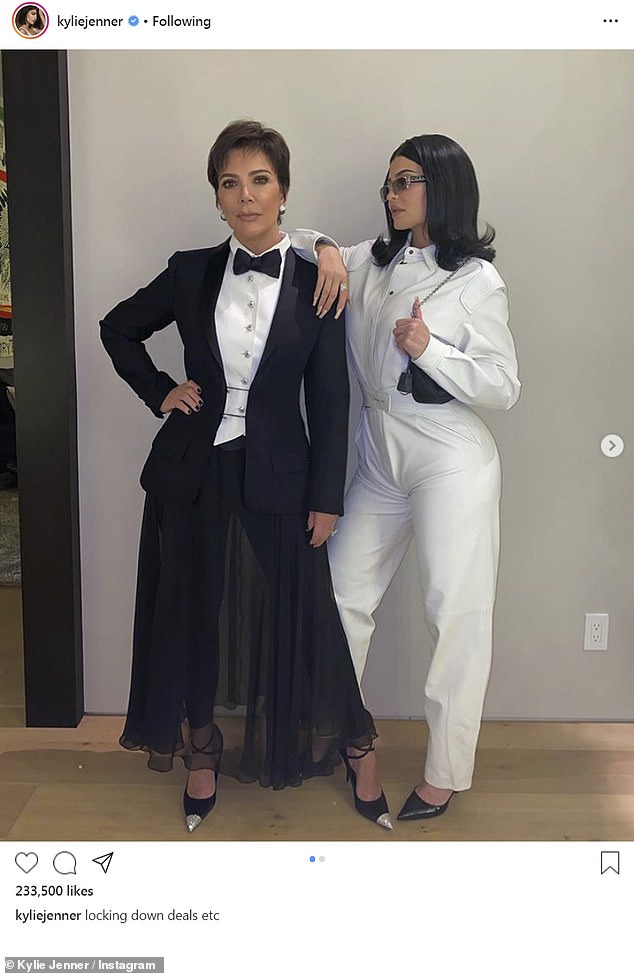 Fashionistas: Kylie hinted that the pair were working on more business deals in the caption of the photos that shows Kylie in a white jumpsuit and Kris decked out in a pseudo-tuxedo skirt 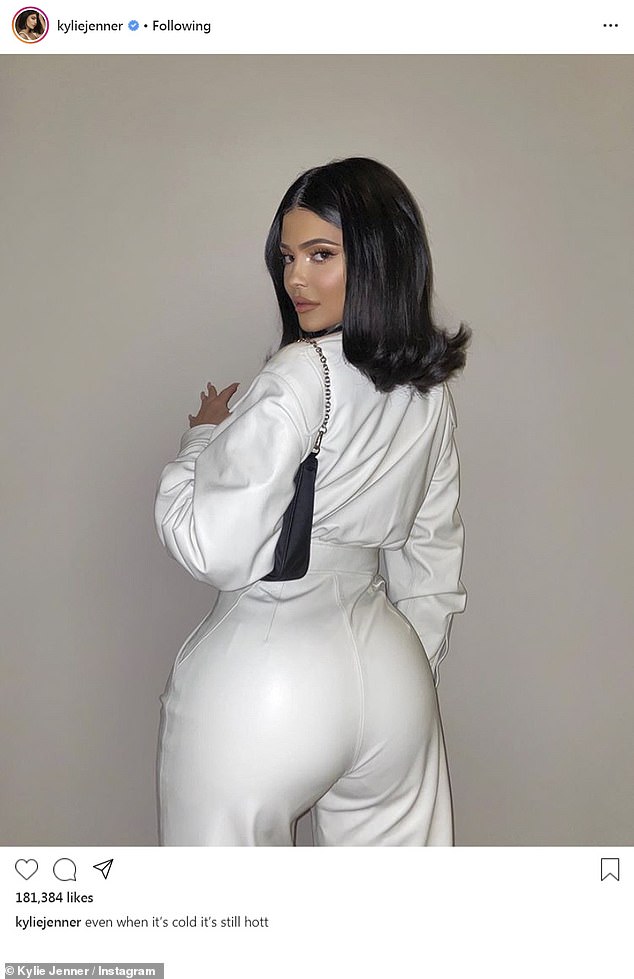 On display: The billionaire entrepreneur also flaunted her famous derriere 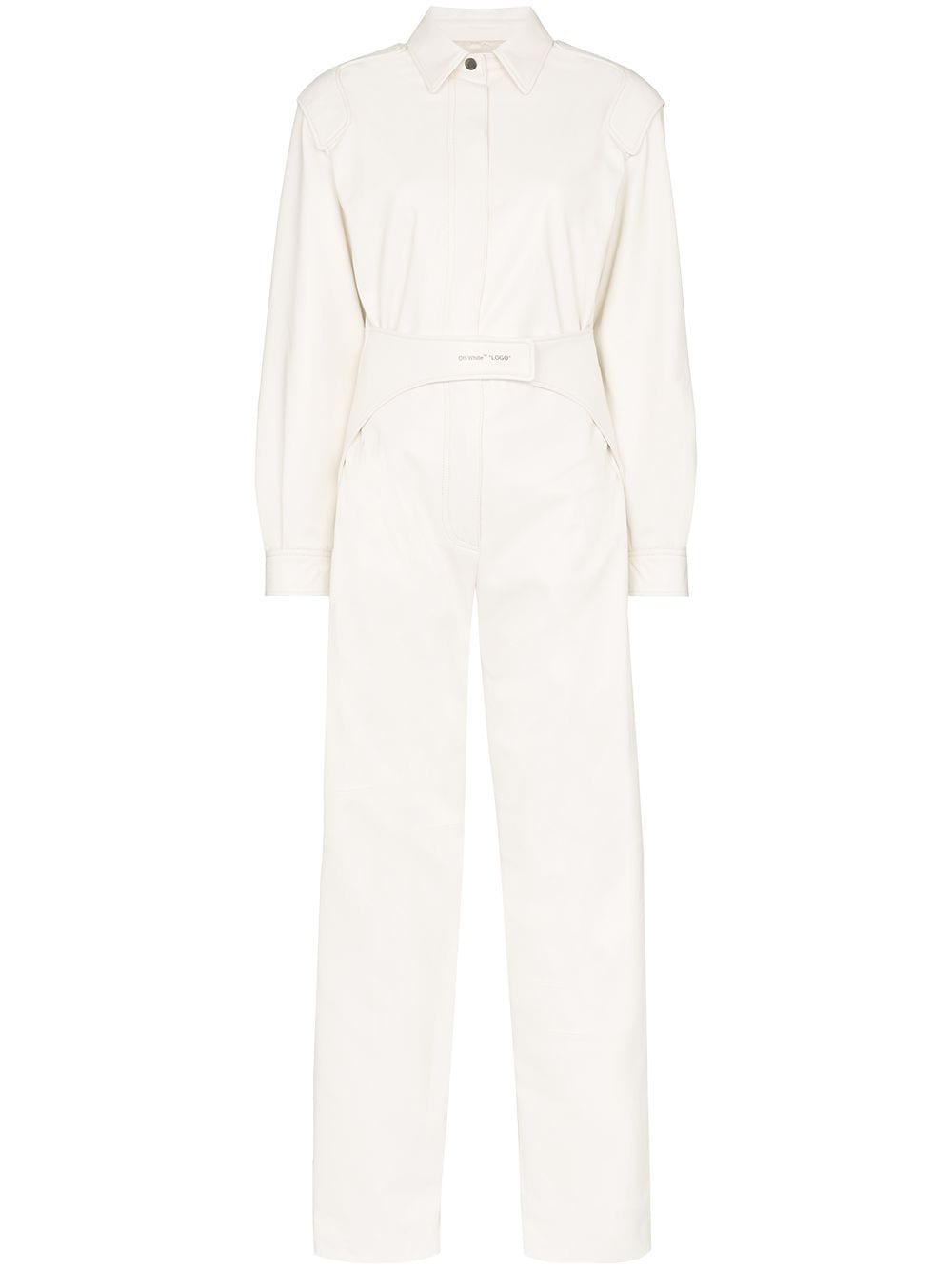 Kris, 64, was decked out in a pseudo-tuxedo top that consisted of a black jacket and bow-tie and white button-down shirt.

She paired it with a sheer black skirt that came down to her ankles and black heels with silver tips.

She also donned her trademark short black tresses that were flipped over to the right with a side part. 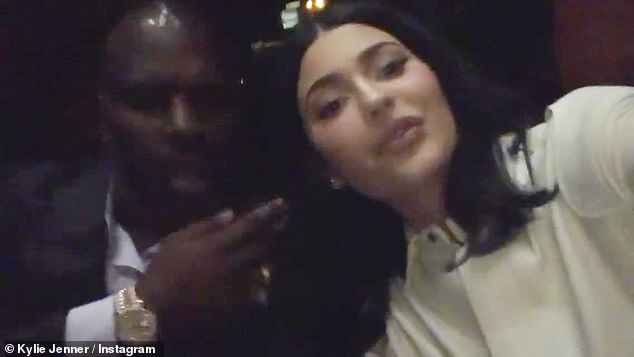 Rocking out: The Kylie Cosmetics founder also shared some clips of herself during a hip-hop sing-a-long with her mother’s longtime beau Corey Gamble 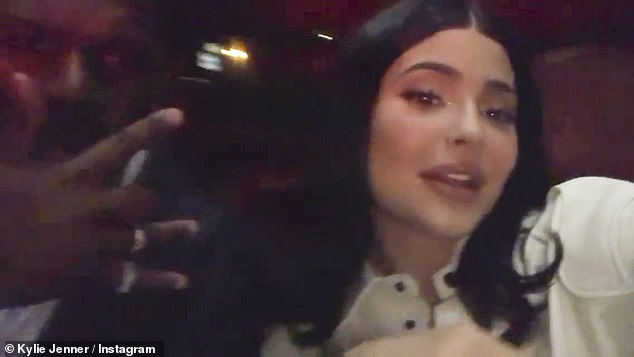 Laid back: The pair appear to be riding in the back of a car during their impromptu jam 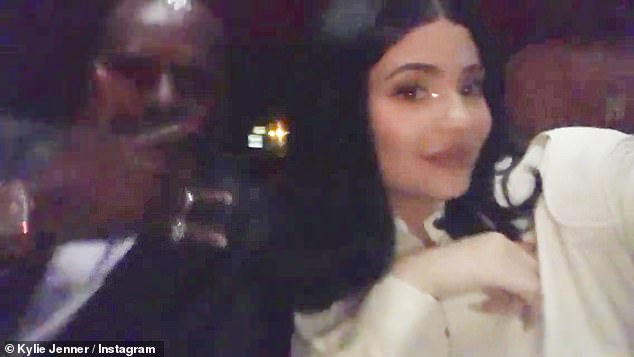 Chummy: In the clip Kylie is snuggled up to Corey, who’s decked out in a black pinstripe suit and plenty of bling that consisted of a watch and several rings

It turns out the two ladies were dressed to impress for a night out that also included Momma Jenner’s longtime beau, Corey Gamble, 39.

Kylie took to her Instagram Story and shared some quick clips of herself and Corey doing some hip-hop sing-a-longs.

She also gave her 153 million followers a look inside what appears to be a bar or nightclub. More beat-pounding music could be heard in the background.

There’s also a close-up shot of Kylie looking straight into the camera with a popular app filter that adds sparkles and dollar-signs into the clip, and some selfie videos near the stairwell of the establishment, with Corey standing nearby. 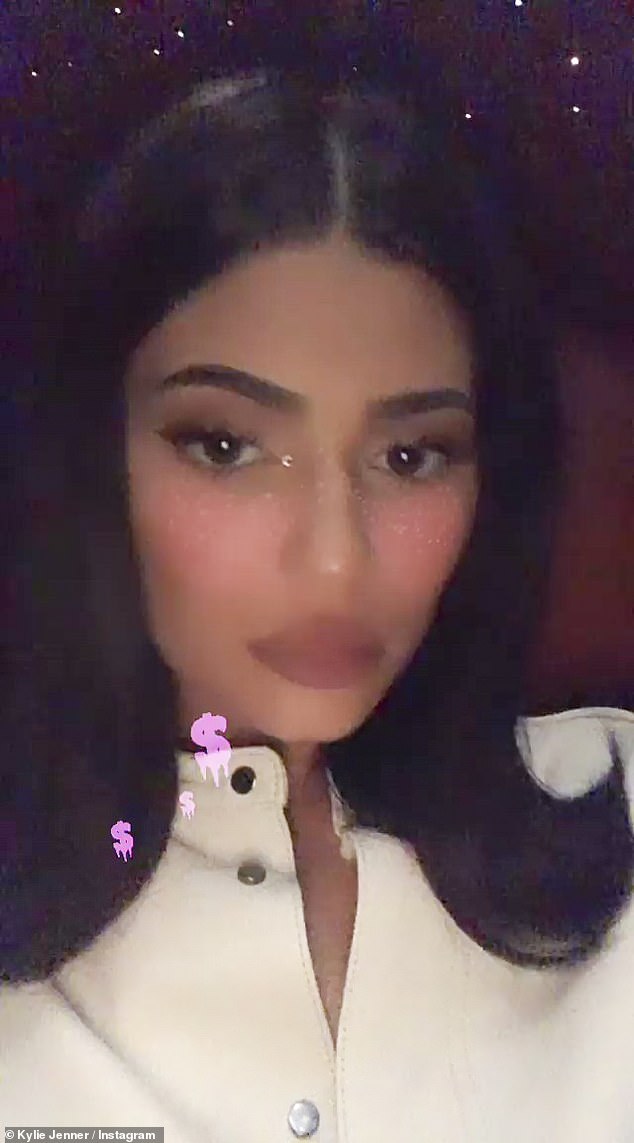 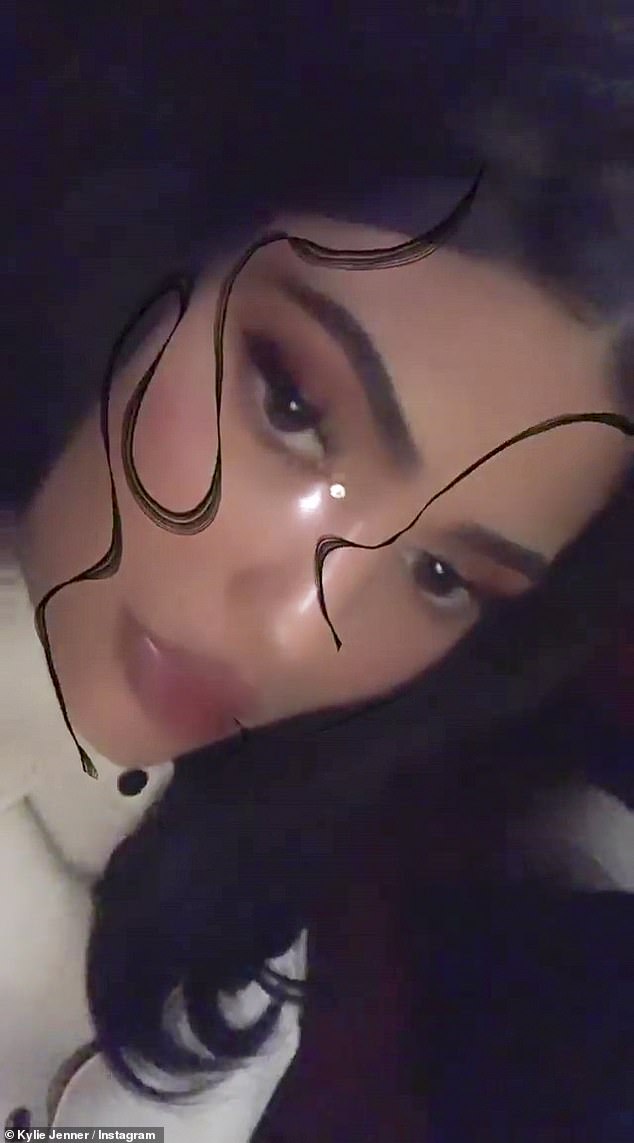