Their friendship came to an abrupt end when Jordyn Woods kissed her sister’s baby daddy.

But Kylie Jenner and her former bestie, Jordyn, were both at the same party at Bootsy Bellows in West Hollywood on Friday night.

Both beauties showed up for the birthday celebrations for Kylie’s new bestie Anastasia Karanikolaou – and to make matters even more awkward – the man at the centre of the love triangle, Tristan Thompson, also showed up at the same venue. 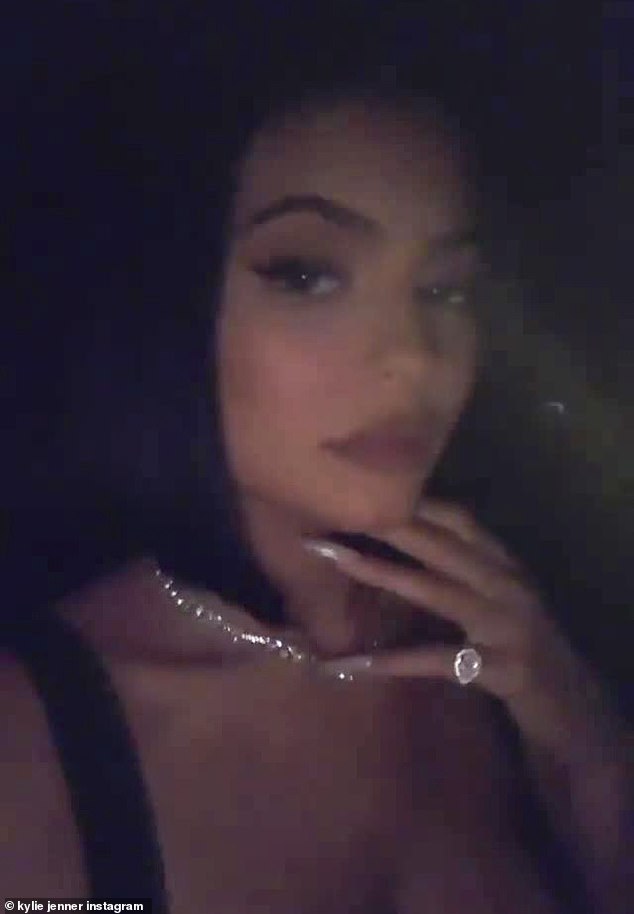 Could be awkward: Kylie Jenner was at the birthday party on Friday night in West Hollywood

Kylie shared a ride with the birthday girl to the party, making her loyalties clear as she captioned her as her ‘bestie’ on her Instagram.

According to TMZ, a VIP area was set up inside the club for Anastasia’s close friends – but they didn’t know whether the pair spoke or avoided each other.

Jordyn appeared rebellious as she left, sharing a car with Jaden Smith, as she flipped the bird to waiting fans and photographers. 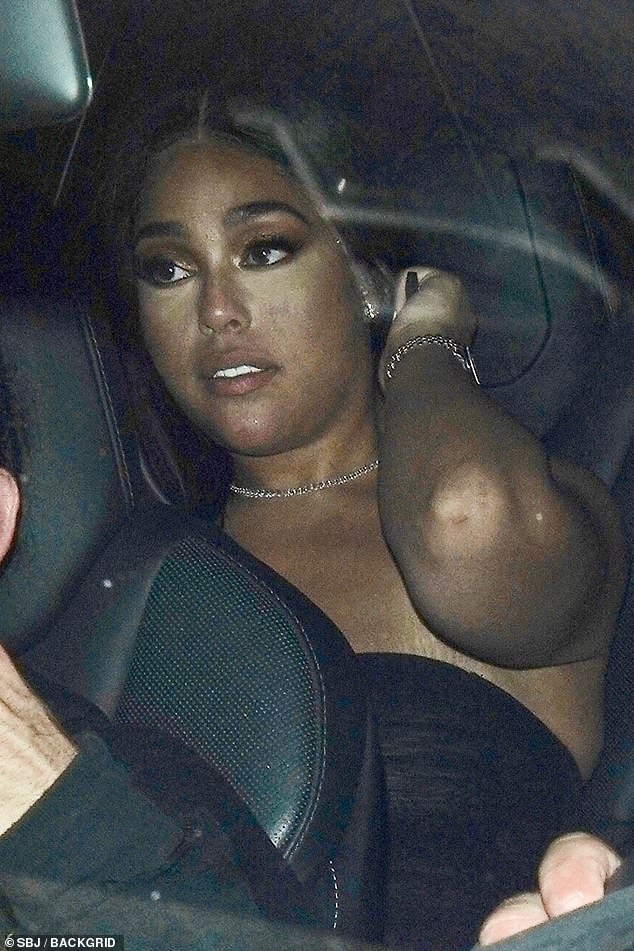 Elbow: Jordyn Woods, who fell out with Kylie after she kissed Khloe’s baby-daddy Tristan Thompson, was also at the party

The love rat at the centre of the spat – Tristan Thomson, 28 – also arrived at the venue, although TMZ sources reckon he wasn’t there for the birthday party.

In February, Jordyn and father-of-two Tristan kissed at a party, causing the end of Khloe Kardashian’s relationship with the serial philanderer. The former pair share daughter True, 14 months.

Kylie wasn’t the only member of the Kar-Jenner clan at the bash. 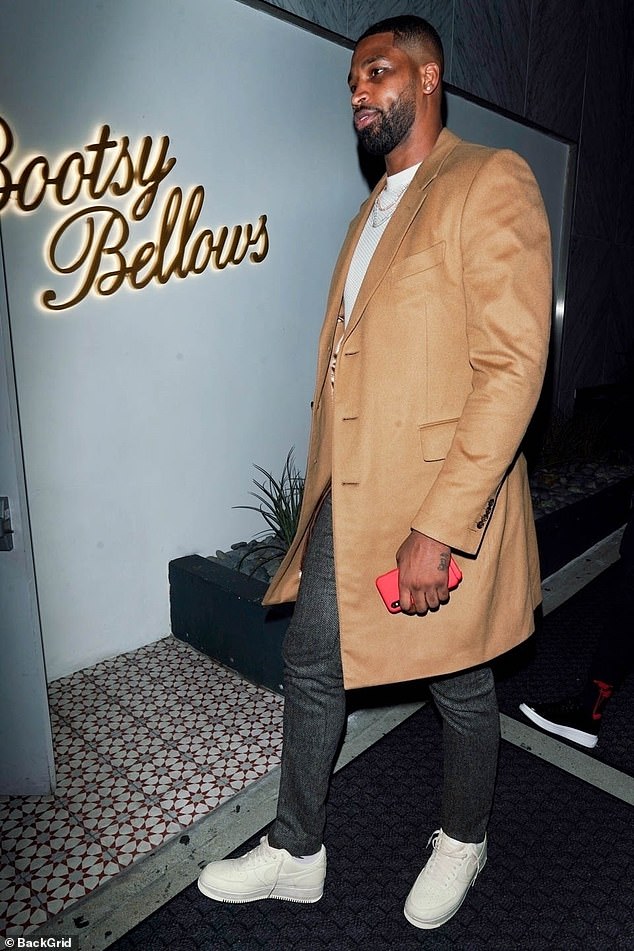 Love rat: In February, Jordyn and father-of-two Tristan kissed at a party, causing the end of Khloe Kardashian’s relationship with the serial philanderer; the pair share daughter True, 14 months 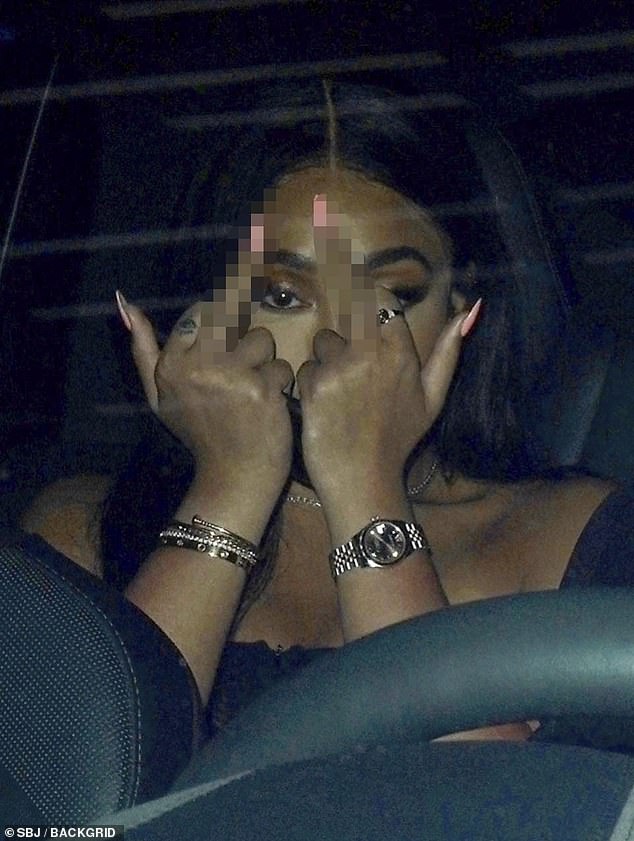 Birds the word: Jordyn flipped a double bird as she left 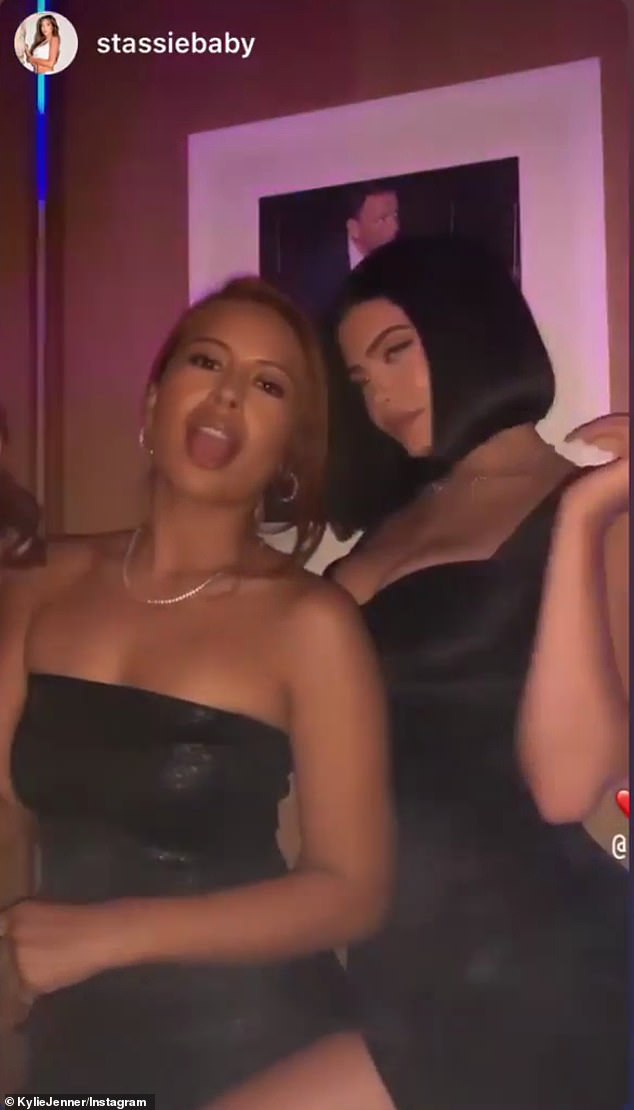 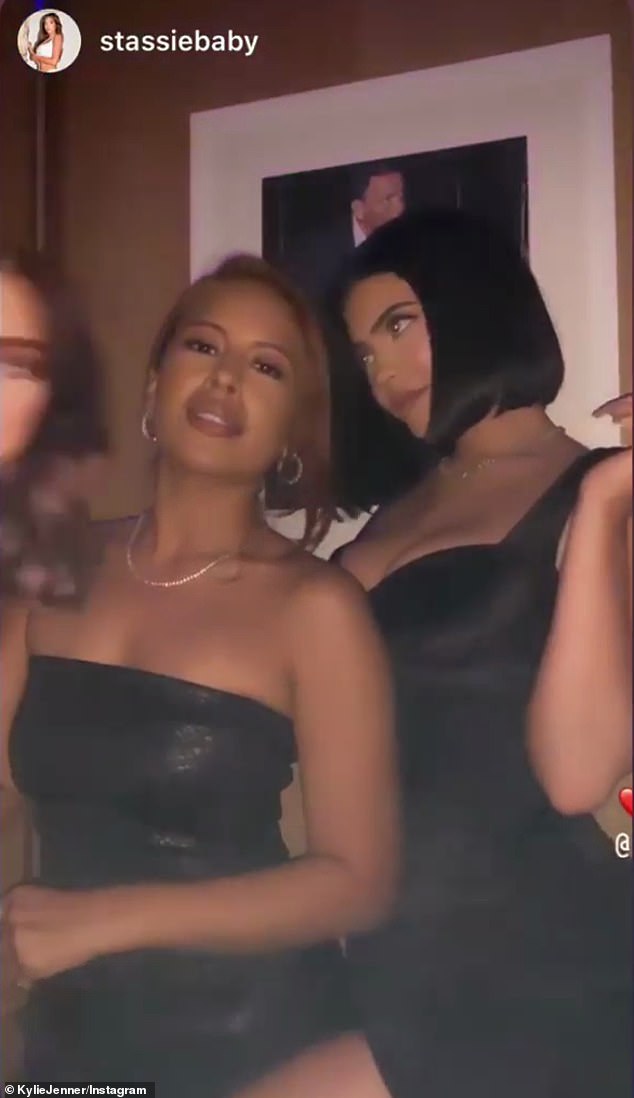 No sign of Jordyn: She partied with friends no doubt in the VIP section 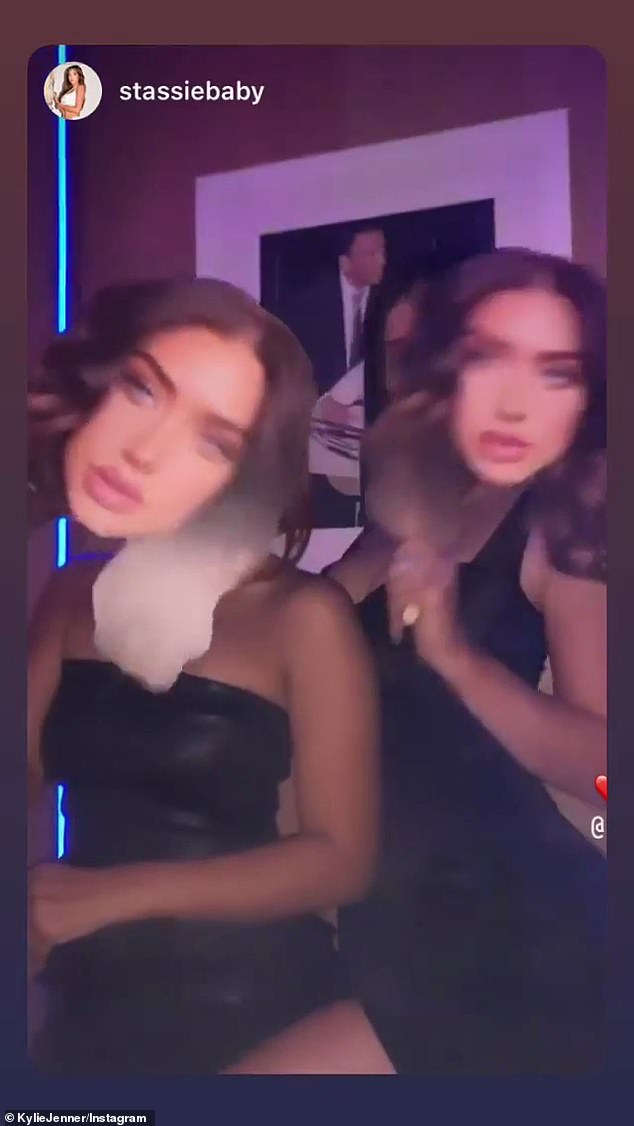 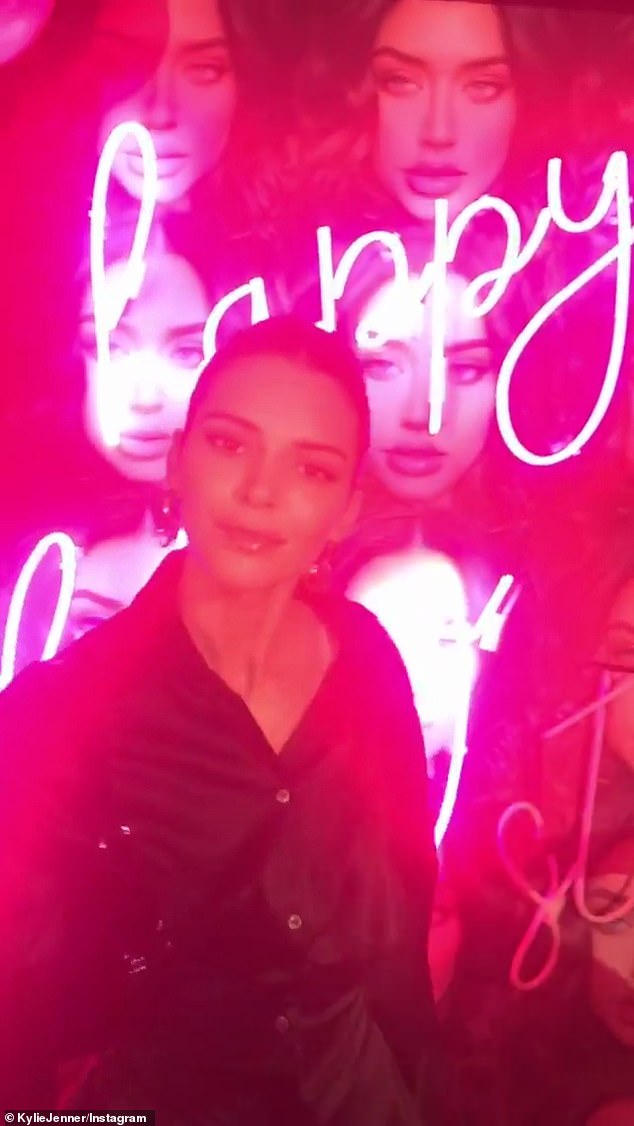 Family affair: Kendall Jenner was also at the party 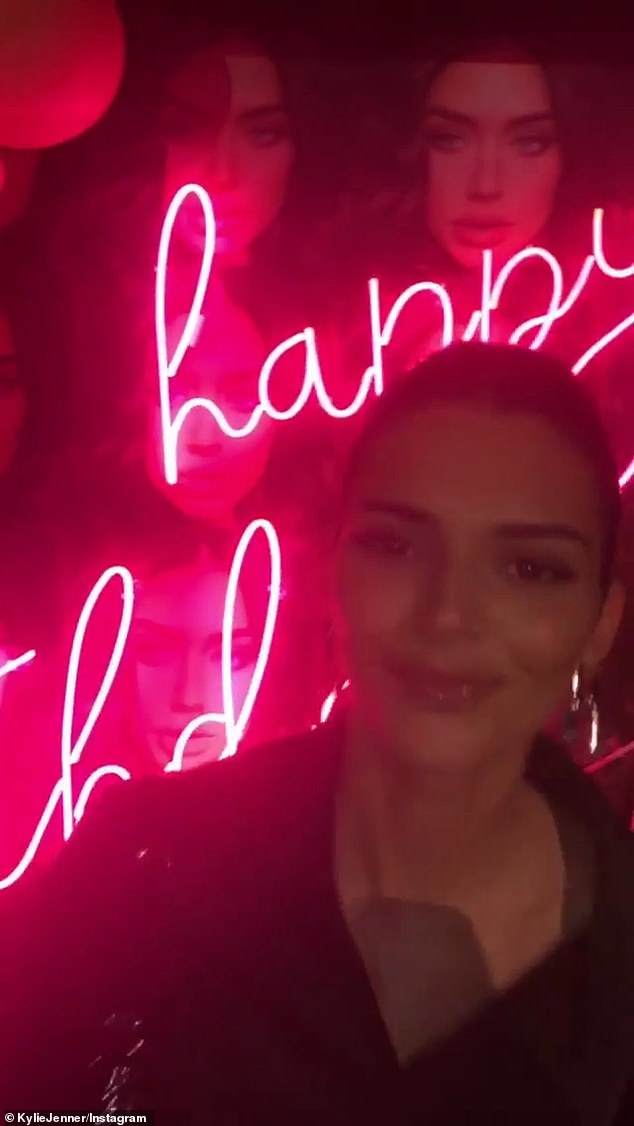 Model looks: She looked pretty as ever as she smiled to her sister Kylie

Kendall Jenner, 23, looked pretty as ever as she was filmed by her sister Kylie.

It’s not the first time that Kylie and Tristan have crossed paths – last Thursday they were spotted arriving and leaving separately at Delilah’s in West Hollywood.

Meanwhile, Kylie demonstrated that blood is much thicker than water as she shared a steamy photo with sister Khloe on her Instagram earlier Friday. 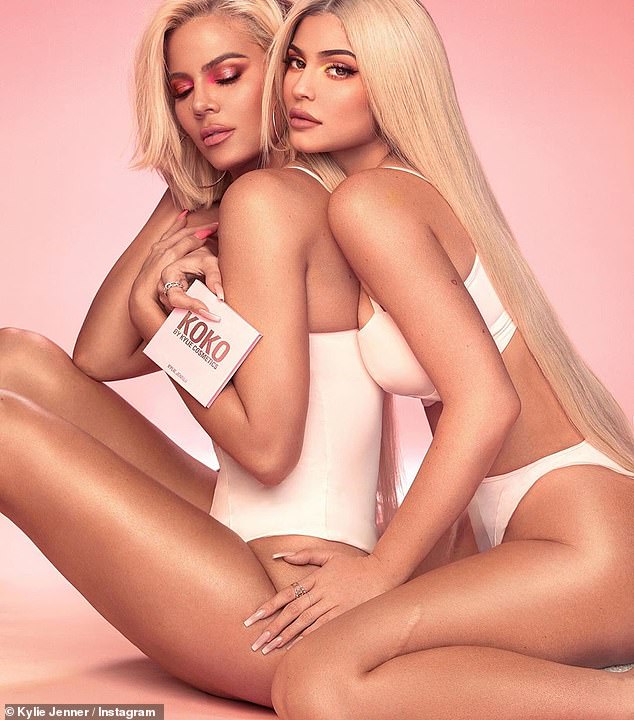 Plugging away: Friday was a busy day on social media for Khloe, who also uploaded a smoldering snap with her younger half-sister Kylie Jenner

The image, which advertised a new product from Kylie Cosmetics, featured the ‘self-made’ billionaire embracing her sister from behind as she placed her hand on Khloé’s hip.

Kylie’s newly-blonde hair stretched down over her derriere, whereas Khloé’s brightly-colored locks were done in a chic bob.

The executive producer of Twisted Love was dressed in a one piece négligée, while Kylie wore a bra and panties in matching white. 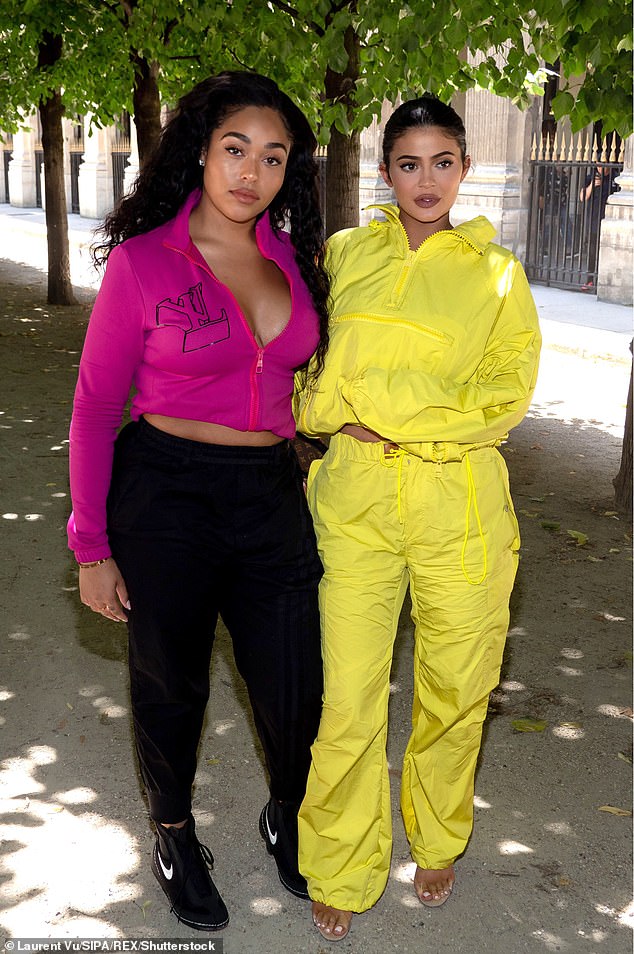