Kylie Jenner, 23, is the spitting image of mum Kris, 64, as she dons a pixie cut wig for new Kylie Cosmetics launch

Kylie Jenner took to Instagram on Monday to share an advert for her new leopard-inspired collection for Kylie Cosmetics.

And the Keeping Up With The Kardashians star, 23, cut an uncanny resemblance with her mum, Momager Kris Jenner, 64.

The makeup mogul looked sensational, as she wore a pixie cut wig that looked incredibly similar to Kris’ own hairdo. 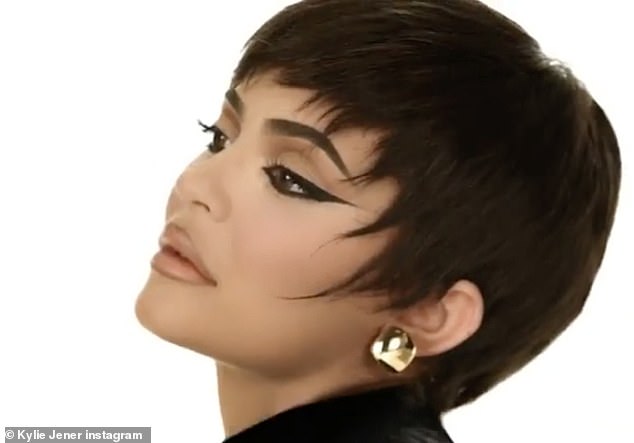 Pixie queen: Kylie Jenner cut an uncanny resemblance with her mum Kris Jenner in a shoot for her new leopard-inspired collection for Kylie Cosmetics

Kylie wore a thick smudge of eyeliner for the look, as well as a set of chunky golden earrings.

The image formed part of a series of shots featuring in Kylie’s new campaign, which included a snap of the reality star decked out in a leopard print jumpsuit.

Kylie and her mum are known to be extremely tight, with the momager credited with helping to launch all of her daughters’ careers in the limelight.

Kylie recently shared a video of herself letting Kris have a go at doing her makeup in a on YouTube. 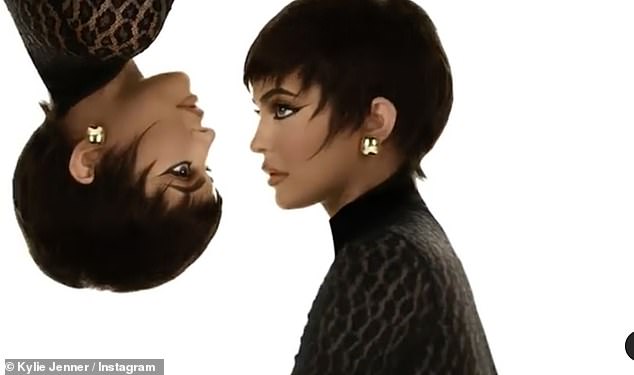 Striking: Kylie wore a thick smudge of eyeliner for the look, as well as a set of chunky golden earrings 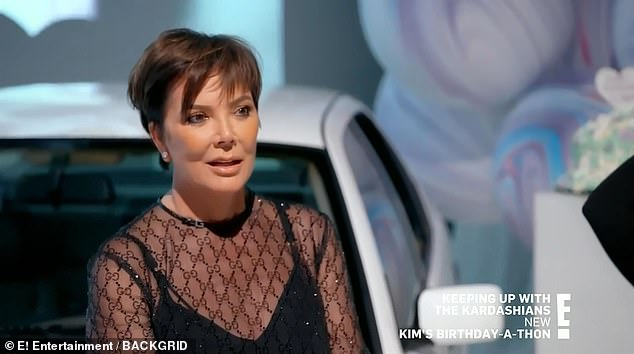 Spitting image: Kylie’s new look mirrored that of her mum Kris Jenner, right down to the gold earrings

Kris attempted to do her makeup while Kylie consistently commented on her technique – as she used primarily Kylie Cosmetics makeup.

Kylie said: ‘My mommy is here today to do my makeup. Not that your not good at makeup. You’re just not my vibe.’

Several times during the tutorial Kylie corrected Kris’ technique as well as criticizing where she put the product on her face.

Kylie held back a laugh as Kris struggled to put her mascara on, with Kylie asking her if she wants her to do it, before Kris finally caved and let her. 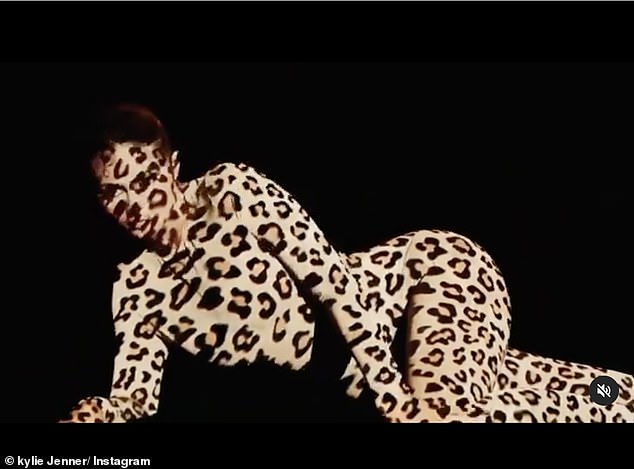 Sizzling: The makeup mogul’s new campaign also included this snap of the reality star decked out in a leopard print jumpsuit

The mother of six also struggled to properly line her lips in the bold red lip color.

Kylie praised Kris on her blush technique but noted that needs to work on her contouring, baking and eyebrows.

Kris said she ‘had a really good time’ and ‘had a laugh,’ adding: ‘I got nervous doing the Queen’s makeup,’ Kris joked.

‘We are such a duo I just need to learn how to bake,’ Kris said referring to the makeup technique of setting powder under eyes to ‘bake,’ which leaves a flawless, long-lasting set. 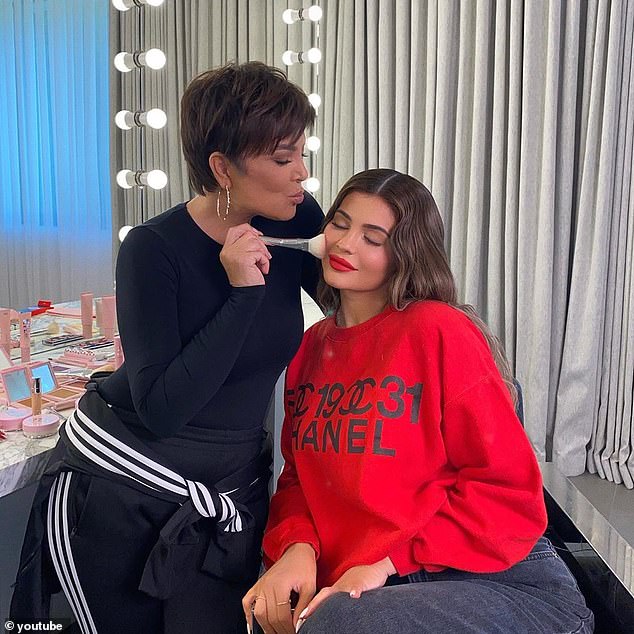