Kylie Jenner radiates glamour in stunning sunset photo with daughter Stormi: ‘No place I’d rather be’

Kylie Jenner celebrated her birthday with her favorite person.

The 23-year-old makeup mogul had mini-me daughter Stormi at her side during a breathtaking visit to the beach shared on Instagram Wednesday.

Kylie and Stormi, two, looked simply radiant as they stared into the sunset and held hands in the snapshot. 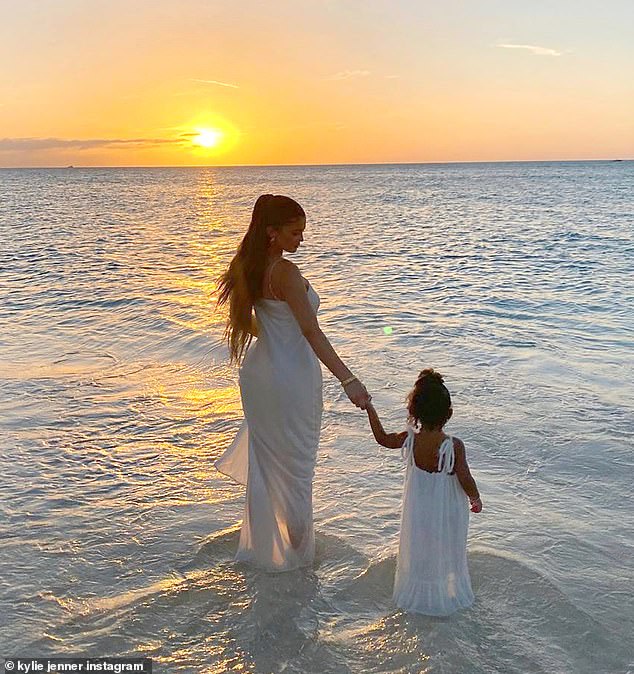 Little Stormi was dressed to match in her own girly version of the flowing frock.

Though their dresses swept to the ground, the girls waded into the water and let the ocean wash over their feet. 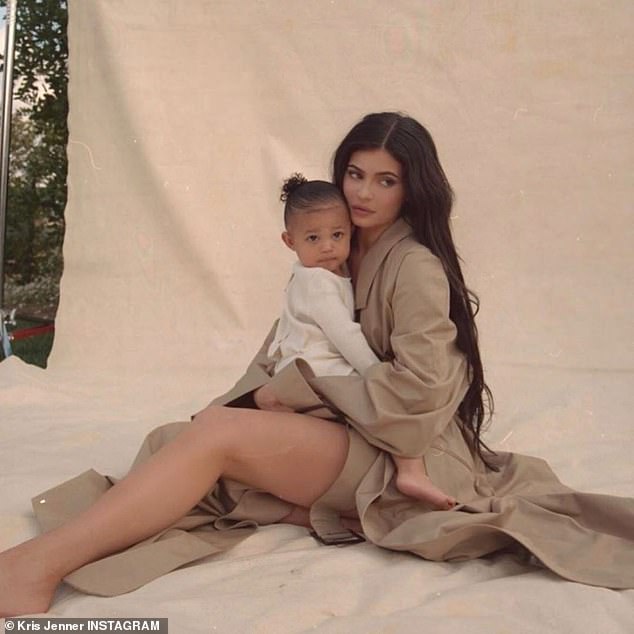 Her one and only: No place i’d rather be,’ the makeup mogul wrote in the caption 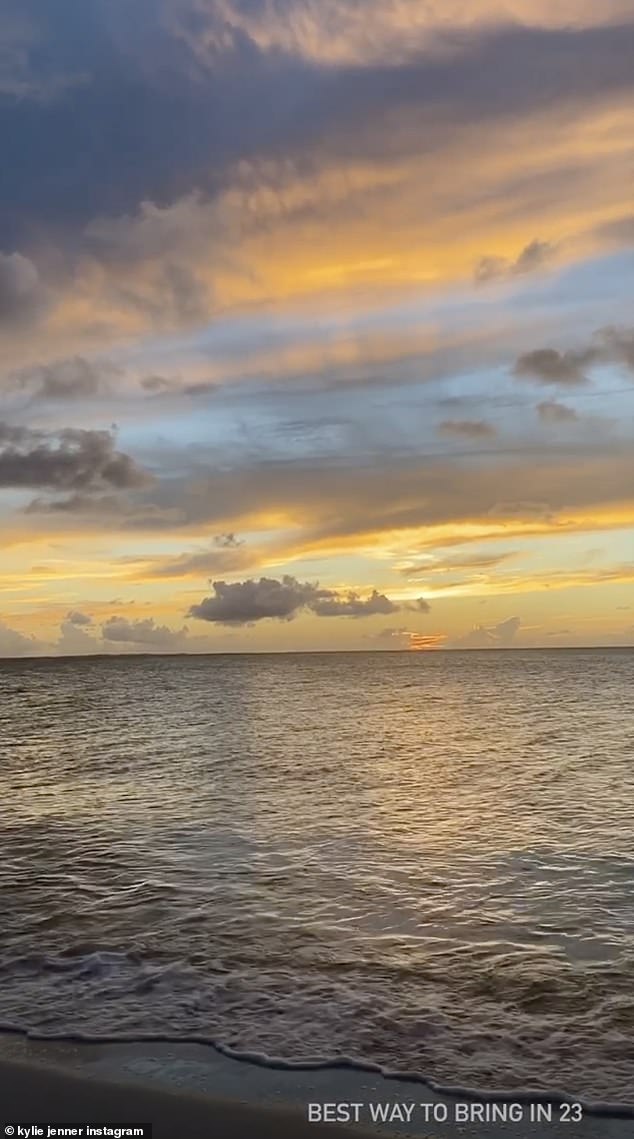 Wow: On her Instagram Story she shared a quick clip of the waves rolling, writing ‘Best way to bring in 23’ in the bottom corner

‘No place i’d rather be,’ Kylie wrote in the caption.

On her Instagram Story she shared a quick clip of the waves rolling, writing ‘Best way to bring in 23’ in the bottom corner.

Stormi’s dad Travis Scott was not along for the trip. 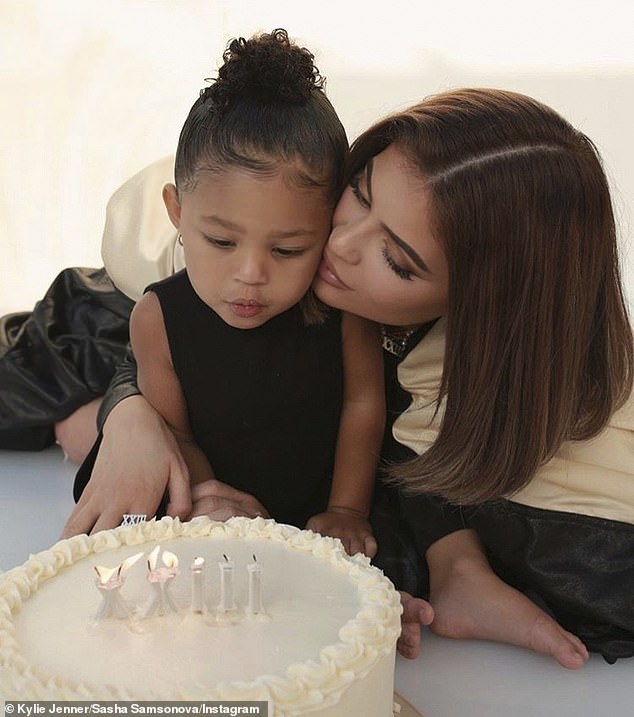 Make a wish: Kylie had Stormi’s help when she blew out the candles on her cake, calling her little one ‘the best gift of all’

But the Sicko Mode rapper, 28, was sure to celebrate amicable ex/co-parent Kylie’s 23rd on Monday.

He shared photos of his used-to-be girlfriend with their little girl, making sure to decorate the snapshots with birthday cake emoji to ensure his over 31 million Instagram followers knew it was her special day.

Travis began dating Kylie in 2017 shortly after her breakup from Tyga and although they split up late last year they have remained on good terms. 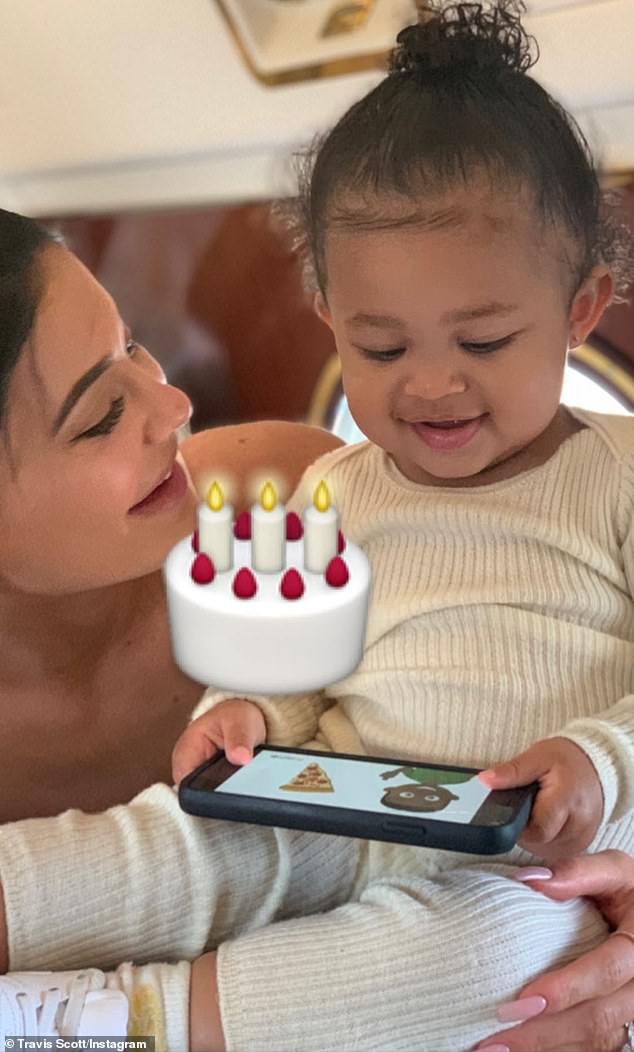