Drake is no stranger to love triangles, and he might be involved in yet another one. Ever since Kylie Jenner split with Travis Scott in October, fans have been keeping close tabs on her love life — especially that maybe-relationship developing between her and Drake. Of course, there are also rumors that she and Travis might work things out, because Hollywood relationships are complicated, guys. While I have no idea whether Kylie is romancing Drizzy, reconciling with Travis, or loving life as a single lady, I do know this: Kylie Jenner’s astrological compatibility with Travis Scott and Drake is just about the furtherest thing from perfect.

The youngest member of the Kardashian-Jenner clan is a Leo, as she was born on Aug. 10, and no one epitomizes this fire sign quite like Kylie. In a family full of scene-stealers, the mogul always manages to make the biggest entrance, and if Kylie and Stormi’s matching Christmas Eve outfits don’t scream Leo, then I honestly don’t know what does. A relationship with a Leo isn’t for the weak of heart, but few signs are a worse match for Leo than Taurus and Scorpio. And of course, Travis is a Taurus, while Drake is a Scorpio. 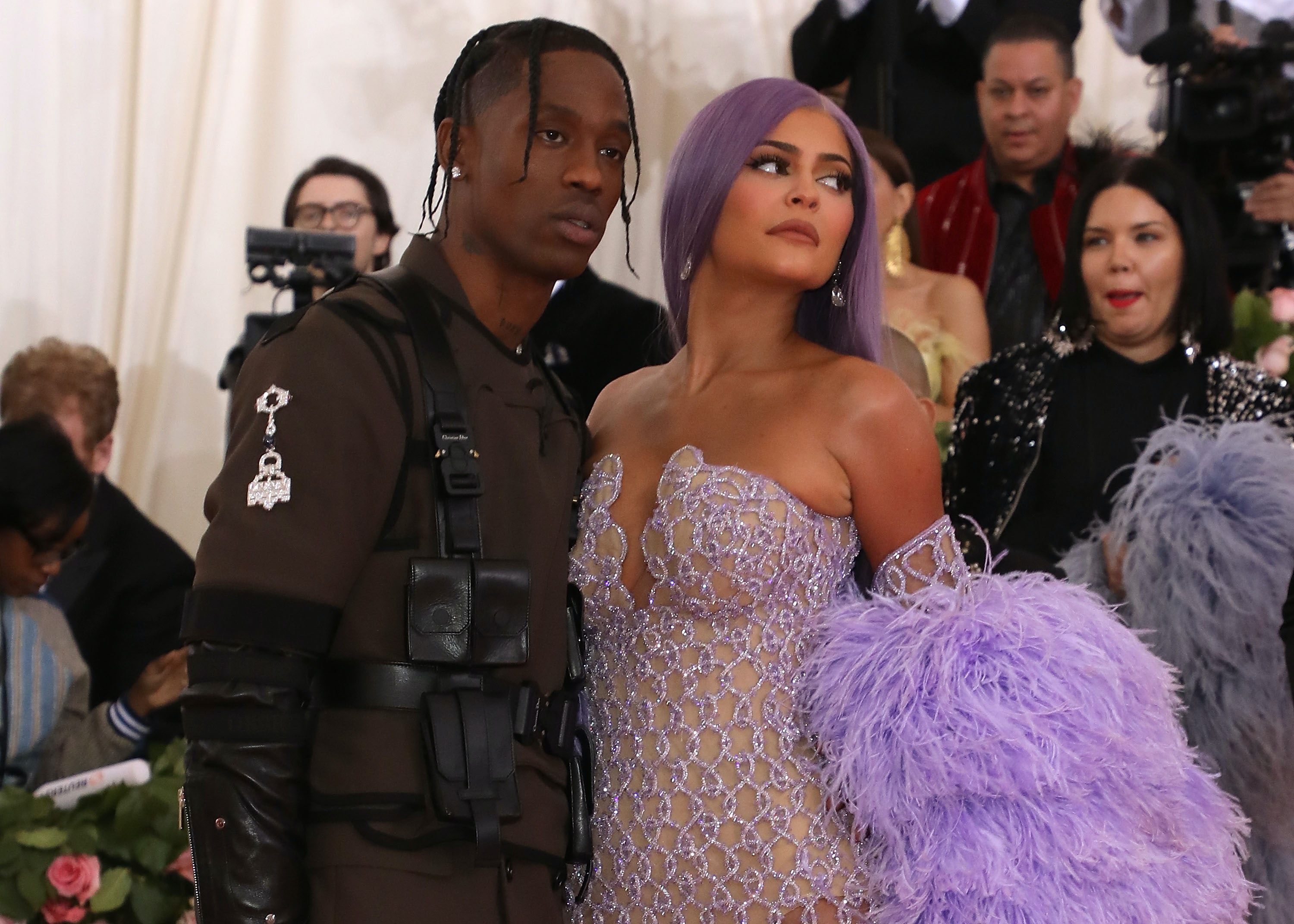 The main issue with Leos and Taureans: Leos thrive in the limelight, and Taureans would much rather have security than notoriety. During a July 2018 interview with GQ, Kylie spoke about Travis’ discomfort with all the attention he received while dating her. "I don’t think he’s really cool with it, but he deals with it, because we love each other and we have a family," she said. "For sure, I know he doesn’t like the attention."

As attention-seekers, Leos rely on others for support and reassurance, while Taureans are far more self-reliant. Reportedly, the reason Kylie and Travis split was due to a difference in priorities. Kylie supposedly wanted to have a second baby, and Travis instead wanted to focus on his music. "She still has trust issues with Travis," a source told People soon after the couple announced their breakup. "He hasn’t been giving her the commitment that she needs. Travis isn’t ready to give her all that she wants." Leos don’t like to hear the word "no," and though Taureans value commitment, they don’t like anyone telling them what to do, even if that person is an SO. Unlike Taureans, Scorpios are just as codependent as Leos. They need to be reminded how much they are loved by their partners, and they need to be reminded often. In "Hold On, We’re Going Home," Drake sings, "I want your hot love and emotion endlessly," and that could basically be the motto for all Scorpios. When two people require near-constant attention, they can sometimes give that to each other — or they can deprive each other and cause a major disaster. As fixed signs, Scorpios and Leos are also both infamously stubborn, so when these two get together, a battle of wills is pretty much inevitable.

Taureans and Leos are total opposites, while Scorpios and Leos are almost too similar for their own good. A case can be made for opposites attracting, but when it comes to the bull and the lion of the zodiac, I think these two are better off keeping their distance. And though Leo and Scorpio are definitely not a match made in astrological heaven, they aren’t quite as star-crossed as Leo and Taurus. I may love Travis and Kylie together, but there’s no denying that Kylie and Champagne Papi have a better chance at a happy ending.